If there’s one thing the British love, it’s a bargain. Even if it’s not really a bargain, they want to at least feel like they are getting one. This computer has specifications that not too long ago would only have been seen in a top end machine, yet carries a price tag of only £339. so being British, my instant reaction is “that’s a bargain!” – the question is, are my nationality driven instincts correct? 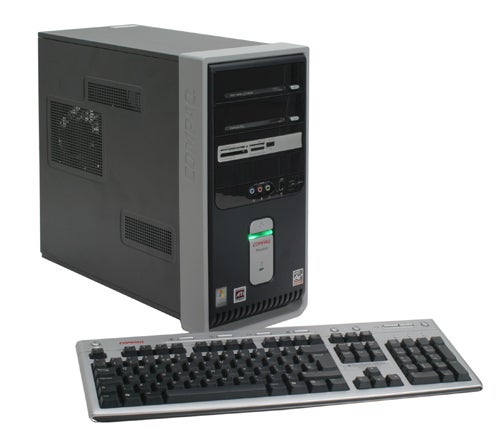 One of the sure signs of a cheap PC, is a cheap case and dodgy looks. There’s no denying that the chassis of this Compaq is a fairly cheap affair, based on a thin steel construction with a lowly 300W power supply but it’s certainly not bad looking. In fact, it’s quite attractive, with rounded edges thanks to a plastic shroud that raises the front of the case off the desk slightly. Both the 5.25in drives have a hinged flap that opens up when the drive is ejected. These flaps are made from a shiny black plastic, which are quite fetching. The rest of the drive bay area matches with the same black plastic.


Being MicroATX means it’s quite cute in size and is fairly sturdy – no random vibrations here. There is a 92mm case fan included just above the processor, but this and the CPU cooler are both fan controlled. When used in conjunction with AMD’s Cool’N’Quiet technology, the machine was almost silent. We could hear the noise of the hard drive more than anything else – a sure sign of a quiet machine.


Behind the first flap is a Hitachi/LG 16x dual-layer DVD burner, while the second expansion slot is free should you wish to add another drive. Below this is a 9-in-one-card reader, supporting all the major formats. There are also three USB ports, a 6-pin FireWire port and audio connectivity.

Inside the case, things get a bit more interesting. The motherboard used is actually an MSI that’s made specifically for OEM use. However, it is almost identical to MSI’s retail RS480M2-IL. This motherboard uses the Radeon Xpress 200 (RD480) chipset using the SB400 southbridge. ATI is known more for its GPUs than its chipsets, with the SB400 southbridge being the weak link, having sub-par IDE, USB and SATA performance.


The Presario uses integrated graphics, which are fine for general use but you wouldn’t want to start playing games on it. It only has D-Sub output, so if you are hoping to use a DVI flat panel, think again. However, an x16 PCI Express slot is also available should you want to upgrade to a better graphics card. If you chose an ATI graphics card, you could use this in conjunction with the onboard graphics for a triple head output. This feature isn’t used by most, but it’s nice to know it’s there.


This motherboard also brings with it 100Mbit networking via the Realtek 8100C chipset and 5.1 audio thanks to the Realtek ALC658 chipset. These are both bottom of the rung chipsets, but are fine for casual users. Coaxial S/PDIF output is onboard, should you have equipment capable of taking advantage of it.


There are also three PCI slots, a total of seven USB 2.0 ports and two FireWire ports should you wish to expand in any other way.

The processor is an Athlon 64 3400+ and runs at 2.2GHz with 512Kb Level 2 cache. Confusingly, this is an identical specification to that of an Athlon 64 3500+. The difference is that the 3400+ only runs on an 800MHz HyperTransport bus rather than the usual 1GHz. This is a very minor difference as there is an excess of bandwidth in an Athlon 64 setup as it is. If that is what hp has had to do in order to bring costs down, then that’s fine. Being Socket 939, this will support any current AMD processor, making the dual-core X2 a possible upgrade path. 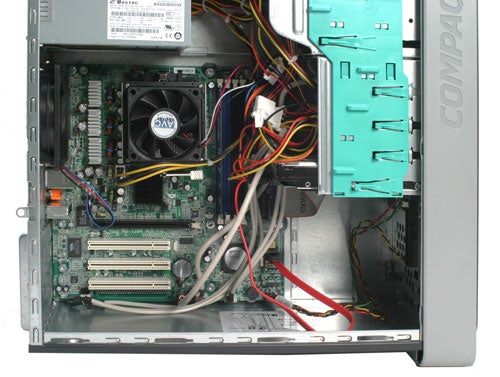 The main advantage of Socket 939 over Socket 754 is that it has a dual-channel memory controller instead of a single channel. Of course, to do this you need to populate two DIMM slots. In this case, hp has chosen to use a single 512MB stick of 400MHz Infineon memory. This means that the memory is only running in single channel mode. This effectively halves the memory bandwidth and can severely affect system performance.


In many respects, I’m happier to see a single 512MB over two 256MB sticks as this opens up more upgrade options. Adding another 512MB of memory would increase performance considerably by enabling dual-channel mode but also by having more memory for the system to use. Considering the memory is being shared with the integrated graphics, 512MB is a little on the low side.


The hard disk included is a 200GB SATA Seagate Barracuda 7200.8. This is an excellent drive – in fact we use the 400GB version in our test systems in-house. It’s amazing to think that a budget system now has 200GB of storage. 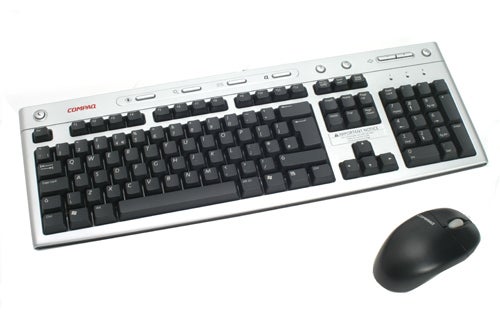 The supplied keyboard and mouse absolutely ooze budget – from the fact the mouse has a ye olde physical ball to the generally cheap feel of the keyboard. For the asking price though, the fact they have included anything at all is amazing.


The system comes pre-installed with Windows XP Home Edition and Microsoft Works, so you’re ready to roll straight out of the box. But on top of this, Norton Internet Security, with Norton AntiVirus included, is supplied – this is invaluable for those who aren’t net savvy. Intervideo WinDVD is also included for DVD playback and Sonic Digital Media Plus and My DVD Plus are included for creating and editing DVD’s.


Also installed are useful tools such as RealPlayer, Adobe Acrobat and Sun Java Runtime. Although these are all free to download, they are essential so it’s nice to see them pre-installed.


An area hp really impressed us with, is support. Should there be a major problem, there is a minimal one year pick-up and return warranty. But for minor problems, hp has it sussed. If you can still boot in to Windows, there are tools available for reinstalling any application or driver that came with the machine without even needing to put in a CD. There are also tools for repairing any minor issues, and even the ability to completely restore the system to how it was when first purchased. If you can’t boot in to Windows, you can access all these tools from a hidden partition on the machine that’s accessible from the boot menu.


Included are several PDF documents on making the most out of the machine and even detailed instructions on maintaining the hardware should you feel brave enough to open the case up. These are really well written and worth a read.


We tested this machine using SYSmark 2004 SE and PCMark 2005 and we compared to a previously reviewed Acer Aspire E300-7NB73 which has a 3500+ on an nForce 4 platform, discreet graphics and 1GB of memory.


We were a little disappointed by the performance of this machine. SYSmark illustrates this with an overall score of 140, compared to the 180 that the Acer achieved. In reality, these machines are very close on paper, so this really illustrates how a few minor changes could increase performance significantly.


PCMark 2005 shows the areas that are lacking in more detail. Overall, the Acer was 37 per cent faster. The CPU score was almost identical, showing how little difference the HyperTransport speed makes. Memory performance was significantly lower due to running in single channel mode and being shared with the graphics. Hard drive performance was also slightly lower, due to the slower ATI chipset.


On paper, the hp machine is excellent value for money. Performance on the other hand is a little disappointing. We can blame most of this on the badly configured memory. We can almost forgive hp for this, as for around £25 you can buy another 512MB of memory which will make up for this performance drop. We’d sooner do this than cripple upgrade options by having two 256MB sticks.


For most, this drop in performance will barely be noticeable and there is no denying that any base unit for £339 made from decent quality components is worth considering.


If you are looking for a drop-in box to replace your current system, this should be high on your list.


”’NOTE:”’ This machine has caused a lot of interest, as it should. But we’ve had one reader e-mail us suggesting that PC World are in fact selling this for £429.99, not the £339 we were quoted. Upon phoning a store myself, I also found this to be the case. This machine does not offer as much value as previously thought, therefore I have removed the recommended award. 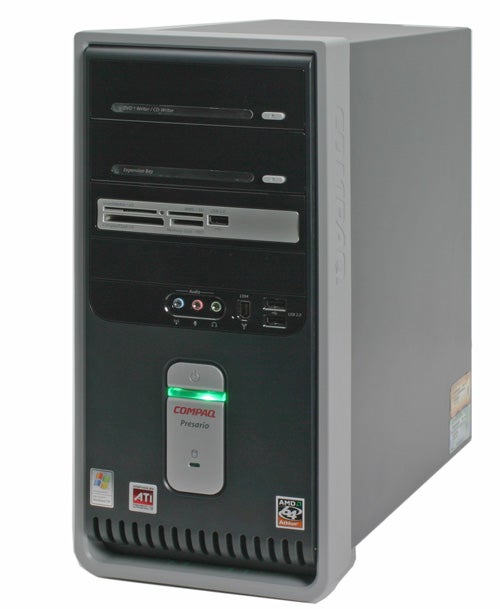