Where does the line lie between an adventure game that throws an endless array of almost unsolvable puzzles in your direction, and one that is so full of signposts that all you do is follow along like a good little pupil? If there’s a discernible border between those two, then it’s fair to say City Quest is straddles it.

Here’s a game (that last year had a run on Mac and PC) that pitches itself as the most retro of point-and-click titles, but at times feels more like a storybook, where your only input is to decide how long you wait before you do as your told. It feels like there’s an internal struggle within the game, with much of City Quest consisting of the kind of conversational-based puzzles typical of point-and-click adventures, but also with periods of play that are the product of a developer keen to ensure players are guided along its carefully laid out story. 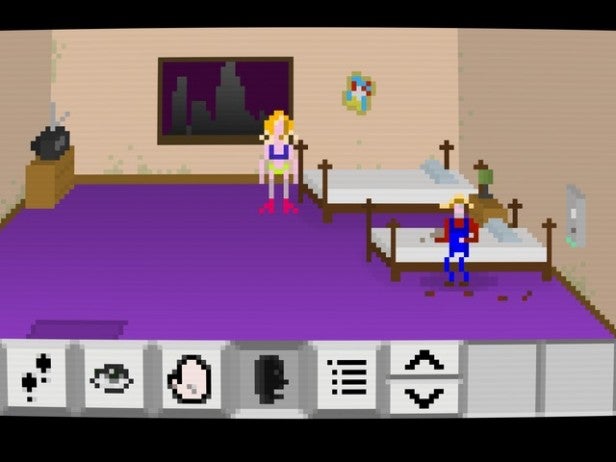 It’s the kind of criticism Telltale Games has had to contend with ever since The Walking Dead. City Quest, more than most point-and-click adventures of recent times, follows the Telltale model to the letter, taking some old-school visuals and merging them with play that is less about solving quandaries and more about contending with Sliding Doors-style forks in the plot.

One consistent element in each adventure you embark upon is that you’re new in town, with play handing you the role of a country bumpkin who has landed in the big city with nothing to his name and only his (moderately) quick wit at hand. As such, most of your time is spent talking, piecing together different characters and tying together different strings. Early on you have to decide just how you’re going to fund yourself in your new home, and the options are about as varied as they possibly could be. Should you indulge in a life of crime? Should you simply sit on the streets and accept your new homeless lifestyle? Or should you befriend a local prostitute, dress up as a lady and start charging for tricks? All said paths are open to you at the start of play. 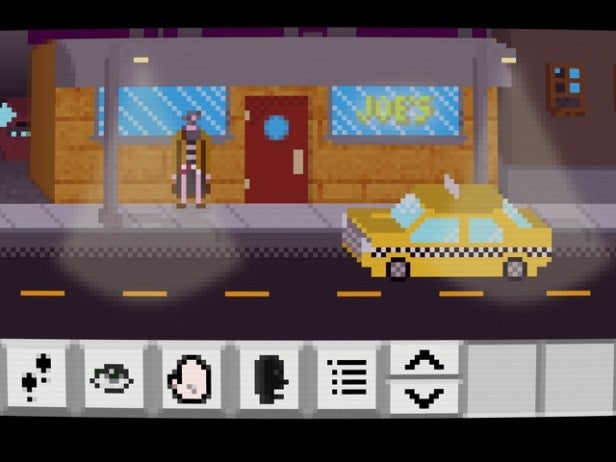 If that all sounds rather bleak, then note that City Quest wraps all such storylines up in a script that, more often than not, consistently makes light of the subject matter. Most conversations border on sarcastic, with the ‘bumpkin’ tag attached to the game’s lead seeming less and less accurate given the sharp lines he frequently comes out with. Nevertheless, given that engaging in conversation makes up the bulk of play (the odd brain teaser aside) it’s just as well that taking part in them is so much fun. The script writers behind City Quest have filled it with the kind of tongue-in-cheek humour that may go over the heads of younger players, but will tickle anyone who took on games in the 1980s and 1990s.

Problem is, much of City Quest feels like an ode to an era long gone rather than a game in its own right. Though it’s fun for fans of point-and-clicks, for anyone new to the scene, at times City Quest feels like nostalgia for nostalgia’s sake. It’s almost as if the people behind it were so into replicating the era it’s lifted from that, at certain points, they forgot to weave in any kind of challenge into the game itself. As a result, it’s really hard to know just how to judge City Quest, or even what it’s being judged as in the first place. 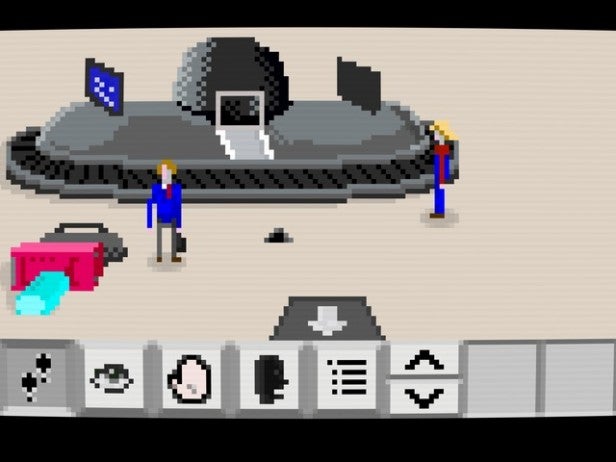 That of course doesn’t mean it isn’t worth a download, and if you’re looking for an entertaining if none too taxing way to spend an afternoon, it’s hard not to make a case of City Quest. It’s the gaming equivalent of a short story you might read on a train journey. It might not reach the potential of the games it’s so keen to ape, but for anyone looking for a quick trip back in time who doesn’t have the gumption to steal a TARDIS, City Quest is a valid page turner.

Amusing and utterly quirky at points, City Quest does a more than adequate job of touching base with point-and-click adventures of old, but perhaps doesn’t have enough meat on its bones to stand up on its own two feet.