What is the Char-Broil X200 Grill2Go

As the ‘Grill2Go’ moniker might imply, this is a barbecue designed to accompany you when you’re out and about. Even if cookouts on the go isn’t your thing, its small size makes it a good choice for balcony barbecuers, too.

The X200 Grill2Go is powered by portable gas canisters and benefits from what Char-Broil calls TRU-Infrared Cooking. This is meant to retain moisture in the food you cook, reduce flare-ups and also use less gas. Other handy features include a temperature gauge built into the lid.

The only thing to really let the X200 Grill2Go down is just how difficult it is to clean after the fact. And when it comes to barbecues, that’s a big deal. 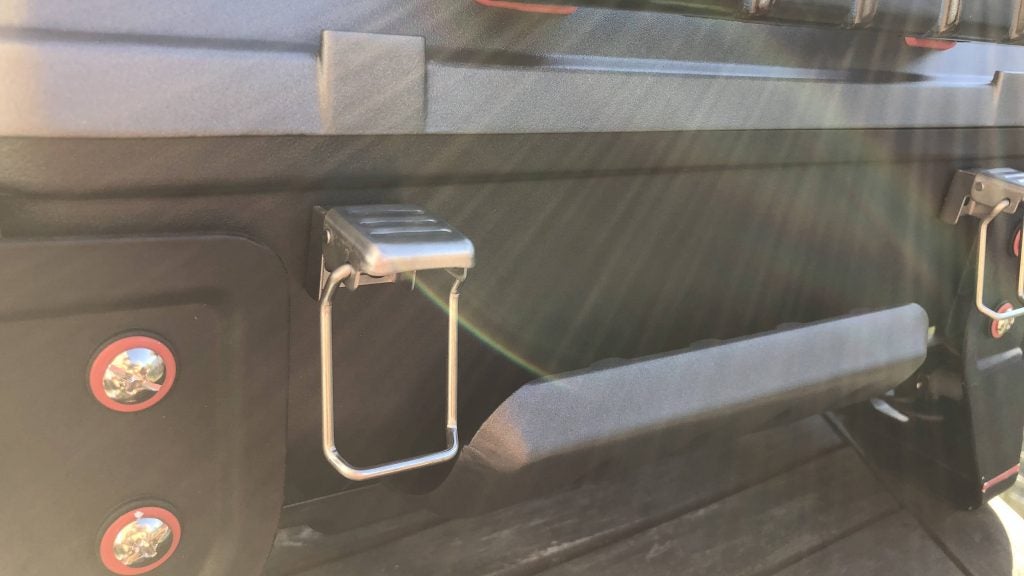 The X200 Grill2Go is built like a tank. That goes for its metal construction and just how heavy it is at nearly 12kg. While this is a portable barbecue, it’s more something you throw into the boot of your car, rather than actually carry around.

The pair of handles on each side help in getting it around at least. Plus, while heavy, it isn’t particularly big, meaning it sat happily on my balcony’s relatively small table.

Its die-cast aluminium construction does make this barbecue beast feel robust, like it will survive years of use. There are secure latches to keep the lid closed during transportation. The top of the lid houses a thermostat, which is handy for keeping an eye on temperatures. 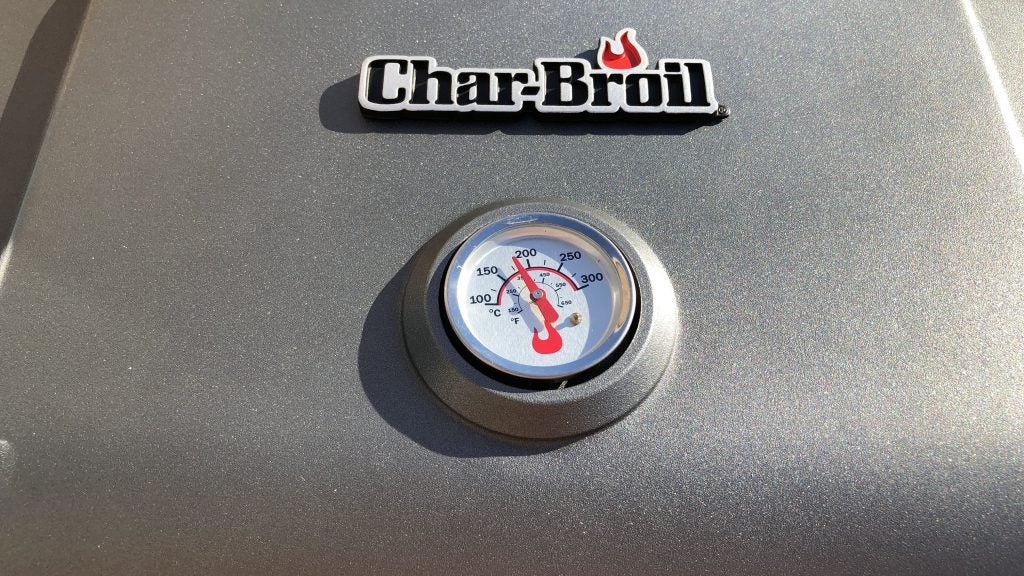 There’s very little assembly required out of its box, too, so you can be off and running nice and quickly. Once you’ve slotted in its components – the drip tray that sits beneath, for example – all that’s left is to screw in a portable propane cylinder. If you want to use a full-size gas cylinder or motorhome supply, you’ll need to pick up a separate hose adapter for around £25. 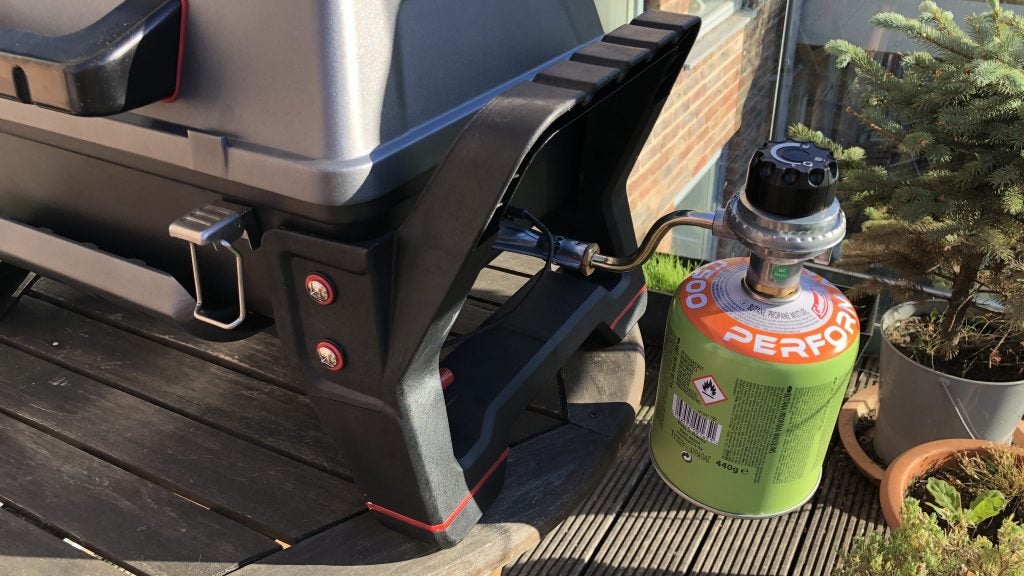 Setting up and using the X200 Grill2Go couldn’t really be any simpler, which is welcome. You can be up and running within seconds of screwing in a gas cylinder. Adjust the temperature using a dial, and you can start the gas burner using a handy electronic ignition, which I found would fire it up reliably every time. 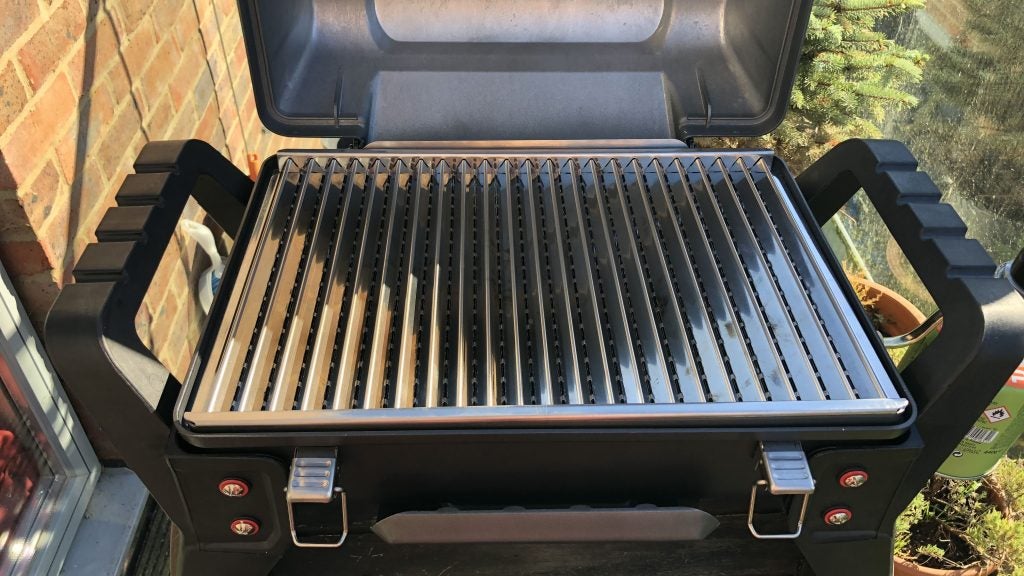 You’ll need to leave the Grill2Go to preheat for about 10 minutes, but once that period has elapsed, you’re good to go. The temperature gauge on top is also a great help.

Char-Broil says its “steel emitter plate retains the natural infrared heat of the flames and radiates that heat back to your food”, and this forms the basis of its TRU-Infrared Cooking System. I did find that burgers and steaks retained far more of their juices, but I did still see the occasional flare-up from grease dripping down.

Heat dispersal felt uniform and, since this is a gas-powered barbecue, cooking with the lid down is an option – this isn’t always the case with charcoal-based options. 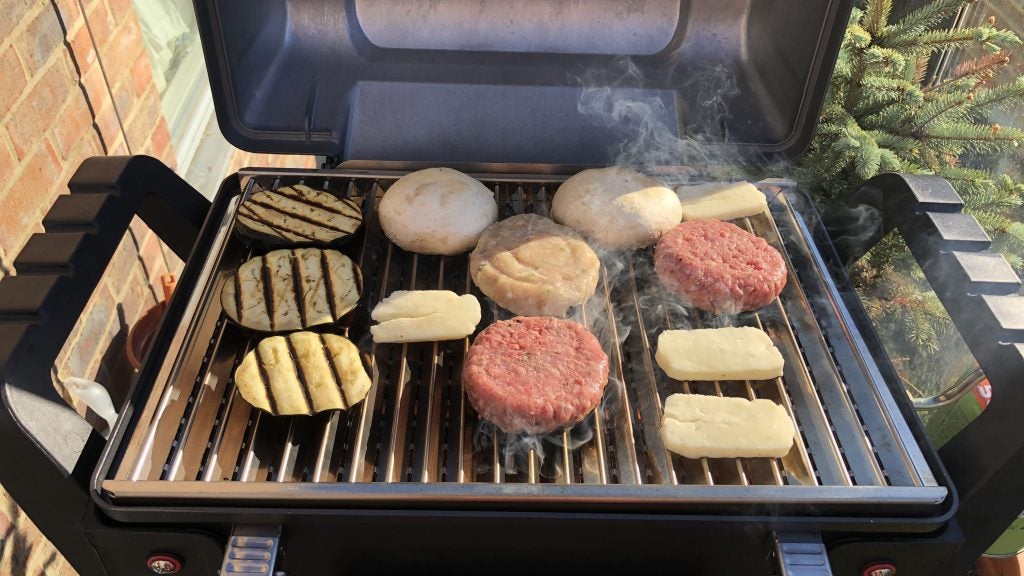 The grate is big enough to cook for about four people comfortably. A nice bonus of the side handles is that they prove useful for hanging tongs and other cooking utensils.

Before you set off on your first barbecue, and for subsequent uses, Char-Broil recommends you ‘season’ the stainless steel cooking grate, much like you’d treat a cast-iron skillet. Char-Broil says you should coat the grate in high heat oil, such as canola or peanut oil, before each use to help reduce sticking and make clean-up easier.

Unfortunately, clean-up is still the biggest sticking point (pun intended). You’re supposed to leave the Grill2Go on maximum heat for 15 minutes at the end of a barbecue session in order to burn off any remains, which should make the ash easier to remove.

However, cleaning still proved difficult because the charred remains were sitting deep in the triangular grooves. A cleaning tool is supplied, but this just pushes the ash towards the edge of the grate, meaning it’s still difficult to get it out. 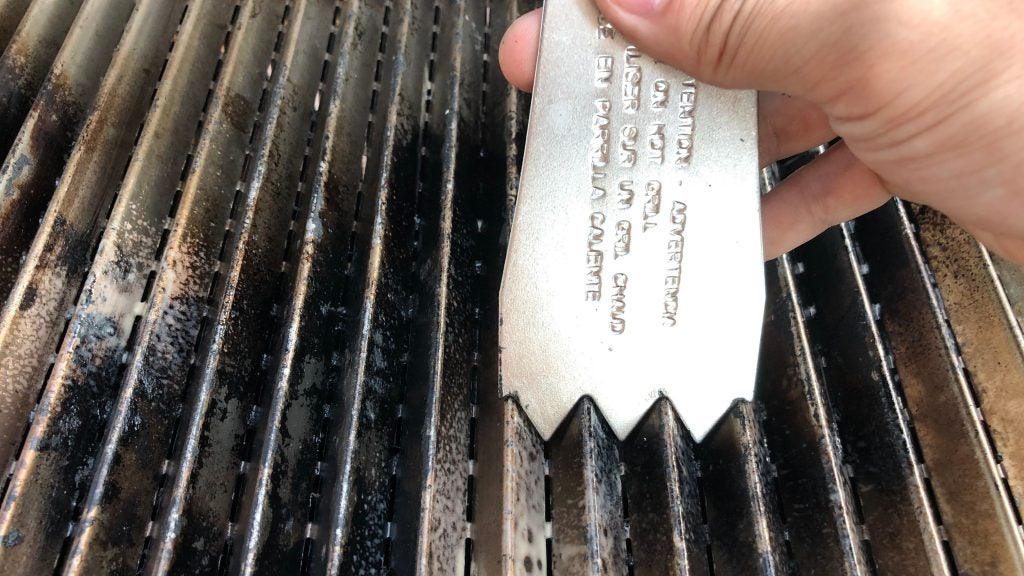 You’ll want a relatively big bucket of soapy water in which to rinse the grate down at the end. Ensure you clean both sides of the grate, too. I’d recommend picking up a good-quality wire brush, because the included tool didn’t quite reach all the nooks and crannies.

I averaged about two sizeable barbecue sessions off a single portable gas cylinder, which puts it at about £3 per use when it comes to gas.

Why buy the Char-Broil X200 Grill2Go? 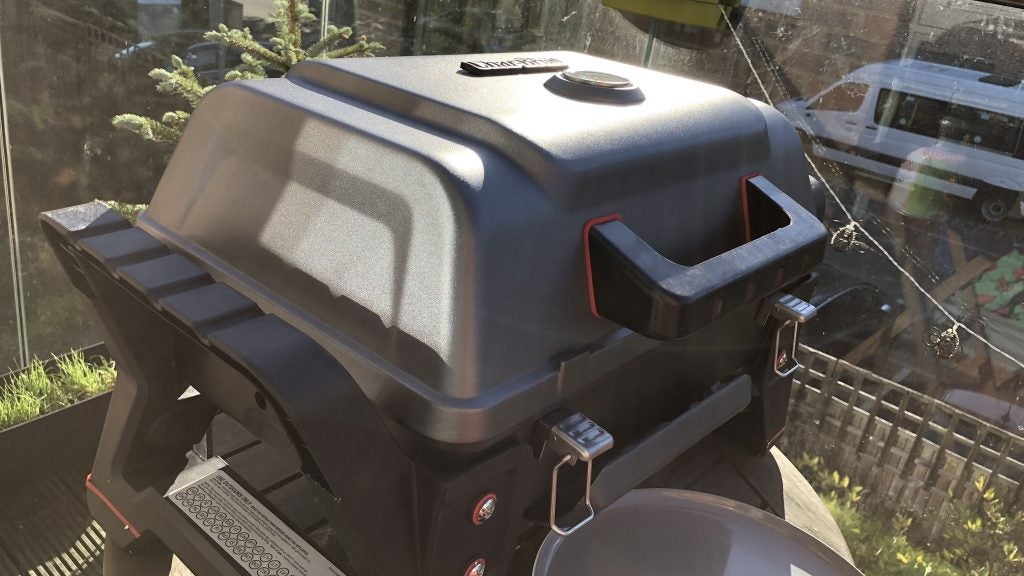 If you’re looking for a hardy gas-powered barbecue that you can take on the road (and not carry), the Grill2Go does an excellent job of reliably cooking food and being easy to use. Although, while it’s labelled as portable, it’s better to approach this barbecue as small model that you can feasibly take out with you when the need arises.

The downside is how difficult it can be to clean after the fun is over. It’s super fiddly, and doesn’t make the job that folk dread the most at the end of a barbecue easy. If you can get past that, the Char-Broil X200 Grill2Go delivers good results.

A portable barbecue that’s built like a tank – but it’s difficult to clean.