If there’s one thing Cello’s C42T71DVB-3D TV certainly does not look, it’s cutting edge. Its chunky black bezel reeks of budget plastic, and its rear end sticks out so far by today’s standards (comfortably over 100mm) that for a minute we thought rear projection technology was back from the dead.

In reality, though, Cello’s new 42in LCD TV breaks new ground. For it brings big-screen LCD 3D to the UK at a new, low price point: just £450. What’s more, it underlines its potential value appeal by including no less than four pairs of 3D glasses.

This indicates right away that the Cello’s 3D talents are of the passive variety. In other words, the British brand has turned to LG’s film patterned retarder (FPR) polarising filter TV technology for its aggressively priced 3D debut.

As we’ve explained in previous reviews, the passive approach comes with performance strings attached. But as we’ve also noted before, passive 3D’s relative affordability and some aspects of its performance make it a potentially cracking option for casual AV types – especially if they have a kid or two to entertain. More on all this later. 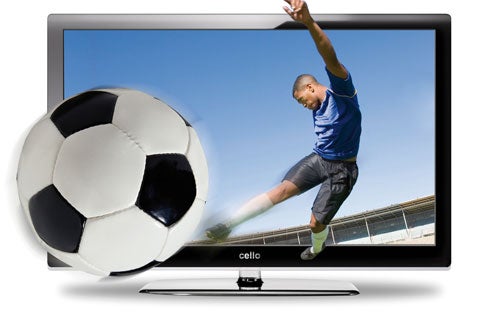 Casting your eye down the C42T71’s spec sheet, it becomes apparent that getting 3D onto a sub-£450 TV has required some fairly significant compromises elsewhere. For a start, as we’d suspected given the depth of the set’s rear, Cello’s TV uses ‘old’ CCFL technology rather than LED lighting. Next, it doesn’t carry a Freeview HD tuner – all you get is a standard definition one.

The screen is a resolutely 50Hz affair too, with no motion processing, and picture adjustments generally are limited. Really the only things worth mentioning are noise reduction and the facility to adjust the relative saturations of the red, green and blue colour elements.

One of the most unforgivable absentees from the C42T71’s options is a pixel to pixel aspect ratio setting. This means that even when you’re watching HD, the screen still applies overscanning, rather than allowing HD images to appear translated exactly to each pixel in the 1920×1080 screen.
The set’s connections are pretty lightweight, too. There are only two HDMIs, and there’s no Ethernet port or Wi-Fi for accessing either online services or files stored on a DLNA PC.

The set isn’t a total dead loss in multimedia terms, though. It sports a D-Sub PC port, as well as a single USB capable of playing a wide selection of file formats including AVI, MOV, MKV, WMA, MP3, WAV, AAC and AVCHD.

Actually, much to our surprise the USB can also record programmes from the DVB tuner to USB drives. Even better, these recordings aren’t restricted to the TV; you can take the USB drive out and play recordings back on other devices so long as they can support the .ts file type. This is very unusual, and very cool.

Using the C42T71 isn’t a particularly enjoyable experience. For a start, the set’s autotuning takes forever to do its work. Worse, its remote control is pretty horrible, thanks to an over-busy, poorly conceived layout, and some rubbery, unresponsive buttons. The TV didn’t prove very sensitive at picking up transmissions from the remote either, and the onscreen menus look old-fashioned to say the least. The navigation system for the menus seems almost wilfully obtuse at times, too.

At this point, before finding out how the C42T71 performs, it’s worth reflecting that while it’s a shame Cello’s set lacks a few key features, you can at least understand the brand’s thinking. For if it had added, say, online functionality or a Freeview HD tuner, the price would inevitably have risen. And in doing so it would likely have deprived Cello of the headline grabbing claim that its new set is the cheapest big-screen 3D TV available in the UK today.

Starting the performance section of this test with, of course, the C42T71’s 3D performance, it’s a mixed bag. On the upside, the three biggest benefits of using passive technology are immediately and smile-inducingly apparent. First, the glasses are extremely light. Second, watching the passive 3D pictures is relaxing and flicker-free. And third, 3D images are much more dynamic, bright and richly coloured than those you get with active shutter glasses. 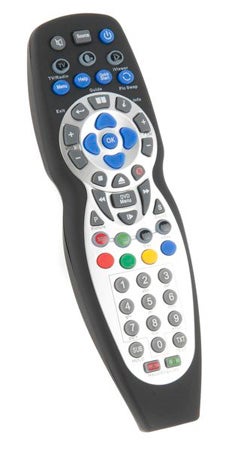 These are all significant advantages, especially if you’re viewing in a bright, family room. And that’s before we’ve even considered that you get four pairs of glasses for free.

However, the C42T71’s 3D picture performance isn’t all perfect. For a start, it demonstrates claims that passive 3D images are ‘crosstalk free’ are simply not true. Even sitting directly opposite the screen there’s clear evidence of crosstalk in pictures, almost always where very bright objects sits right next to dark ones.

To be fair, the crosstalk doesn’t occur as often as it can on some active sets, but it can be quite severe whenever it does appear. And in keeping with all passive 3D screens, if you watch from any more than 10-12 degrees above or below, crosstalk levels go through the roof. This could make wall-hanging the set a non-starter.

If you’re sat as close to the TV as we like to sit when watching 3D, you can also see some minor jaggedness around the edges of bright, curved objects. This is caused by the physical structure of the 3D filter applied to the screen’s surface. But it is not as obvious as it is on larger passive 3D TVs, and from a distance of more than 2.5-3m, you’ll struggle to see it at all. 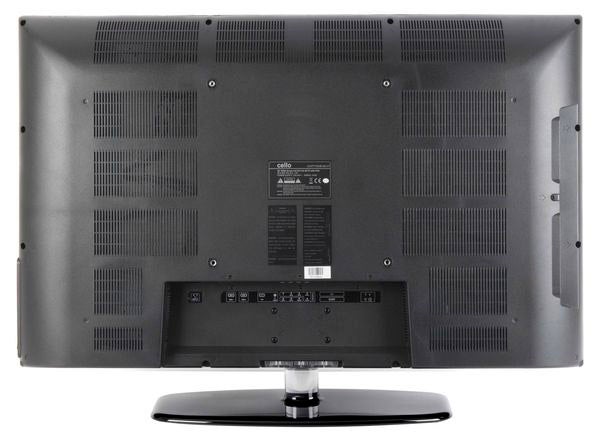 It’s also the case that the C42T71’s passive 3D technology prevents the set from producing a full HD resolution 3D image, even from 3D Blu-rays. But again, the way your eyes combine the two images together does mean you end up with an image that at least looks more detailed than a normal standard definition picture, and the impact of the passive detail reduction (versus active 3D) is again not as pronounced on a 42in screen as it would be on a much larger one.

One final issue with the C42T71’s 3D performance is that while its colours are exuberantly bright, they sometimes feel a little off-key in tone, especially where rich reds and deep greens are concerned.

Overall, though, we’d characterise the C42T71’s 3D pictures as more than presentable for a £450 42in TV. Shame, then, that it’s such an average 2D performer.

A number of issues immediately become apparent when you’ve taken your 3D glasses off. First and worst, you really notice the set’s colour issues more. It’s possible to improve things a little by tinkering around with the limited colour options available to you, but at no point did we end up with reds, greens or skin tones that consistently looked entirely believable.

It doesn’t help that the set’s colour processing seems pretty underpowered, resulting in a lack of colour blend subtlety and a tonal range that leaves skin tones in particular looking either blotchy and stripey or plasticky and ‘mannequin’-like.

To be fair, colour tones do tend to look more believable when you’re watching HD rather than standard def – but of course, with no HD tuner in the set, there’s a good chance many people will end up watching standard definition for the majority of the time.

Also making us rue the lack of an HD tuner more is the way the C42T71’s standard definition pictures look rather soft and noisy, suggesting the upscaling engine is nothing special. Another issue that’s more apparent in 2D mode than it was in 3D is that the set’s motion handling isn’t great. There’s an obvious loss of resolution as objects cross the screen, especially – once again – when watching standard definition sources. 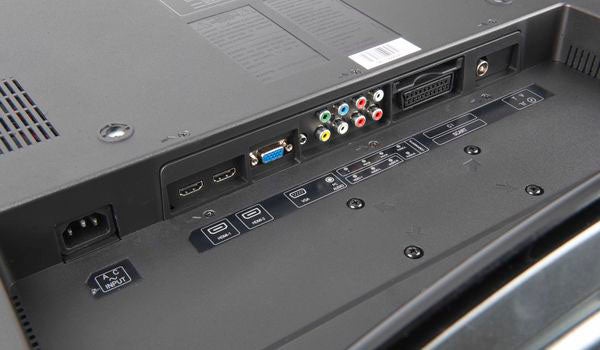 And still we’re not done with the flaws in the C42T71’s 2D pictures. For it also turns out when watching dark scenes that the set’s contrast performance is rather average.There’s a general grey/blue look to parts of pictures that should look black, and worse, the backlight level is very inconsistent, with some parts of the picture clearly getting light ‘clouds’ over them that can be quite distracting if you’re watching a dark film.

Testing the screen for input lag, meanwhile, we measured a smidge under 40ms. Which shouldn’t be enough to seriously damage your gaming performance if you use the TV as a monitor for your PC or console.

Finally, despite the C42T71’s considerable bulk, it’s not a particularly great TV to listen to. There is precious little bass, and no great clarity at the treble end of the spectrum either. This inevitably leads to the set’s mid-range becoming so overcrowded that the sound becomes harsh under any sort of major duress.

It’s nice, we guess, how unprocessed and natural the C42T71‘s pictures look, and how bright and vibrant the screen is for its price. The set is also an unexpectedly decent and fun 3D performer for casual family use. However, the C42T71’s 2D performance pretty much lives down to the expectations raised by its peanuts price, which has surely got to be a problem when 2D is likely to occupy the vast majority of your viewing time.