Despite its unjustly small market share, Casio has been at the forefront of digital camera development for over ten years. The Exilim range of ultra-compacts contains some of the slimmest and most stylish digital cameras on the market, and has also produced many interesting technical innovations, while maintaining an enviable reputation for value for money. Today’s camera is a particularly good example. The Exilim EX-Z80 is absolutely tiny, but still manages to pack in some ingenious technology at a very reasonable price. 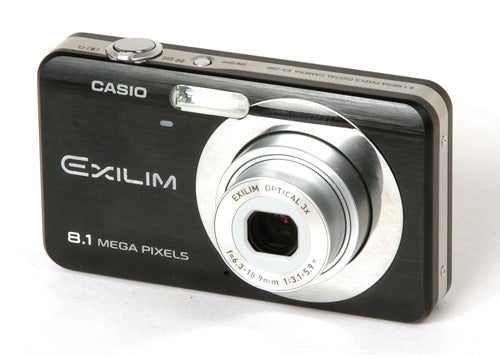 I’m not kidding about the “tiny” bit either. The Z80 may well be the smallest digital camera I’ve ever seen, apart from a few novelty VGA “spy cameras” that don’t really count. It measures just 89.7 x 51.7 x 19mm and weighs only 100g. The box it comes in is also about half the size of most other cameras, and less packaging means less waste. While many ultra-compact cameras can slip into a shirt pocket, the Z80 is so inconspicuous you have to check twice to make sure it’s still there. Despite its miniscule dimensions the Z80 handles surprisingly well. The controls are small of course, but they are sensibly arranged and don’t feel cluttered or fiddly to operate. The zoom control, a rotary bezel around the shutter button, is a bit on the over-enthusiastic side, and the six-step zoom is not terribly precise, but it is at least easy to operate. Also in spite of its size the Z80 isn’t lacking in build quality or features. It has a strong all-metal body, an 8.1-megapixel CCD sensor, a 2.6-inch 115k widescreen monitor and a 3x zoom f/3.1 lens. 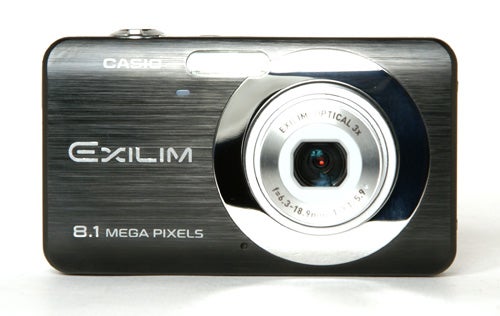 The Z80’s lens has an unusual property. One of the inner elements has a bright red reflective tint, presumably to reduce internal reflections and lens flare. This tint is clearly visible when looking at the front of the camera, and when I first noticed it I was reminded of something, but I couldn’t quite put my finger on what it was. It wasn’t until later while I was looking at my DVD collection that it dawned on me; the slim rectangular black outline of the body, the metallic lens surround and that red internal glow… 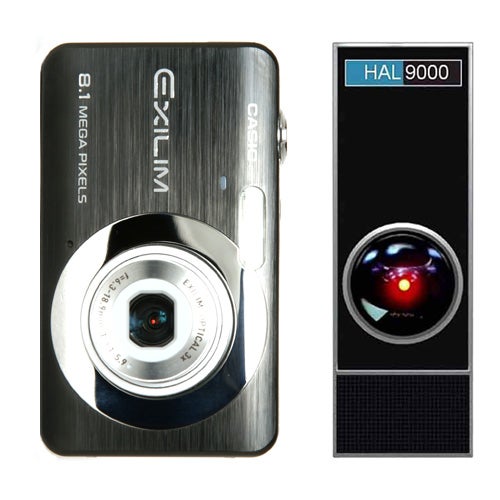 I half expected the camera to start singing ””Daisy Bell”” whenever I removed its memory card. “My mind is going. I can feel it…”

Although the Z80 isn’t quite as intelligent as HAL (thank goodness) it does have some very clever features. Like several previous Casio camera it has the Family First face recognition system, a development of the face detection found on most modern compact cameras, in which the faces of up to six specific individuals can be recorded and stored, the idea being that if any of these people appear in a group shot, the camera will focus on their faces as a priority and adjust exposure accordingly. In practice it works about as reliably as face detection systems generally do, which is to say it’s only really effective in good light when the subject is looking directly at the camera, but it does definitely recognise faces. 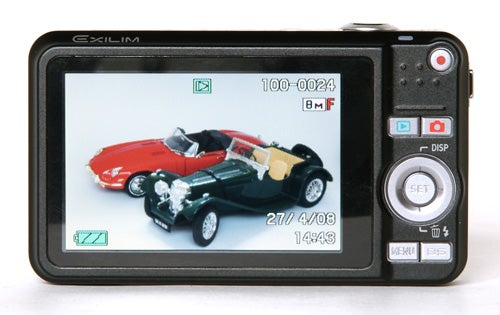 More impressive still is the Auto Shutter option. This offers three special movement detection modes in which, when the shutter button is pressed, the camera will wait to take the shot until certain conditions are met. The Detect Smile mode is linked to the face detection/recognition system, and will wait until the subject smiles, but more useful is the Detect Blur mode, in which the camera will wait until both the camera and the subject are stationary before taking the shot. What this amounts to in practice is an effective image stabilisation system, and can produce relatively blur-free shots at shutter speeds as low as a quarter of a second. The third mode is similar to this, but is used for panning shots tracking moving subjects. It detects blurring of the main subject only, ignoring the background movement. While I’m ambivalent about smile detection, I consider both of the other modes to be very useful and technically impressive features, but bizarrely the list of the Z80’s main features on Casio’s own website makes no mention of them, and even the camera’s manual glances over them in a page and a half. Maybe that explains why Casio doesn’t sell as many cameras as it should.


The Z80 has a number of other features, including 30 Best Shot scene modes. There are the usual ones such as portrait, landscape, pets, flowers and so on, but there are some that are a little more unusual, such as an electronic starburst filter and a pastel shades setting. It also has a special movie recording mode that saves files in the H.264 compression format for uploading to the video sharing site YouTube. Some people have claimed this is a bit redundant, since you can upload other standard video formats to YouTube, but using H.264 optimises the video quality for online viewing. 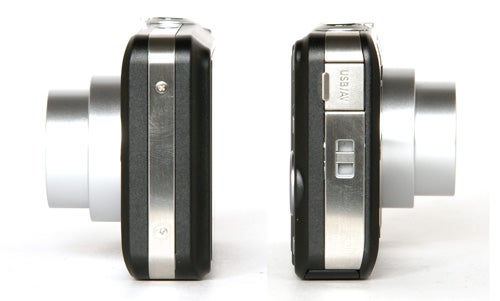 As well as the Best Shot menu, other options on the main menu include multiple focus modes, three exposure metering modes, dynamic range expansion, customisable D-pad controls, adjustable contrast, saturation and sharpness, and a strange selection of alternate focus frame icons, including a heart shape, a star, a flower and what appears to be a gingerbread man. I can only describe this with another 2001 quote: “Its origin and purpose still a total mystery.”

The Z80’s performance is also exceptional. It starts up in a little over 1.5 seconds, and shuts down again in about the same. In single shot mode the shot-to-shot cycle time is also about 1.5 seconds in good light, but slows down slightly in lower light conditions. In normal continuous shooting mode it shoots at approximately one frame per second, but it also has a high-speed continuous mode which can rattle along at five frame per second, although only at two megapixel resolution. The stand-out feature though is the autofocus system, which is incredibly fast. I’ve got the latest compact cameras from Canon, Nikon and Panasonic in for testing at the moment, but the little Casio Z80 has a faster AF system than all of them.

The only slight disappointment from this otherwise excellent camera is the final image quality. It’s not totally awful, but given the camera’s excellent design and performance I had hoped it might be better, and as usual with Casio it’s the lens that bears most of the blame. It produces distinct barrel distortion at the wide end, and equally bad pincushion distortion at the telephoto end. Sharpness is acceptable at the centre of the frame, but away from the centre it gets progressively more blurred and also shows significant chromatic aberration. Corner blurring is very bad. There was a time when Casio used to get its compact camera lenses from Pentax; maybe it should start doing so again.


Other aspects of the image quality are also less than perfect. In high-contrast situations the exposure system tends to blow out highlights even when the dynamic range expansionisused, and some very bright colours also give it problems. In standard saturation bright yellow spring flowers were reduced to featureless blobs of yellow in some of my test shots. Noise control is also rather poor, with visible noise artefacts at 200 ISO, getting progressively worse up to the maximum 1600 ISO, although colour rendition remained reasonably accurate up to 800 ISO. 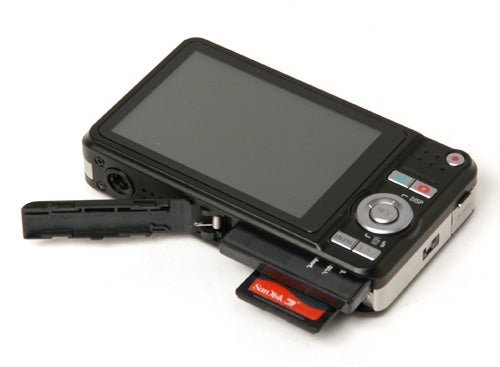 The Casio Exilim EX-Z80 is a remarkable camera in many ways. Not only is it the smallest 8-megapixel camera on the market, it has a number of advanced technical features not found on rival models. Design, build quality, performance and handling are all very good, and the AF system is amazing, but these attributes are somewhat let down by rather sub-standard image quality. Nonetheless, as a convenient pocket snapshot camera it’s hard to beat, and represents good value for its low price. 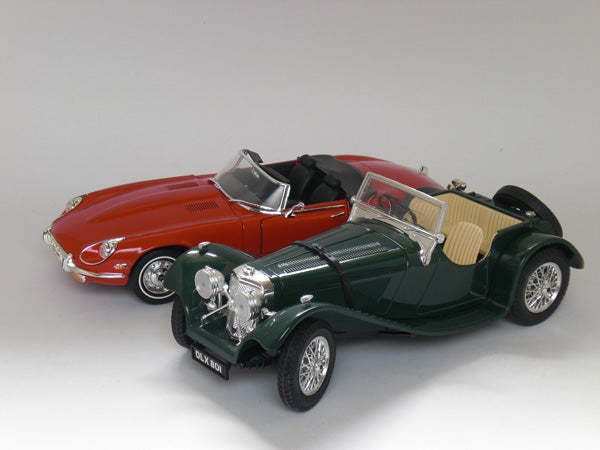 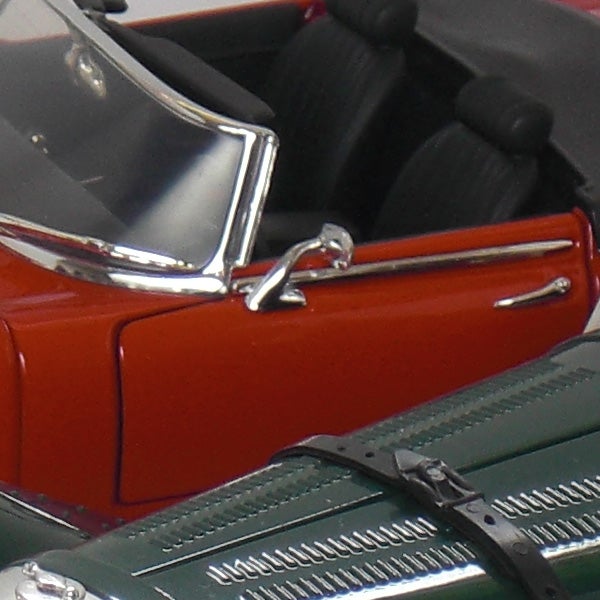 The image is noise-free at the minimum ISO setting of 64. 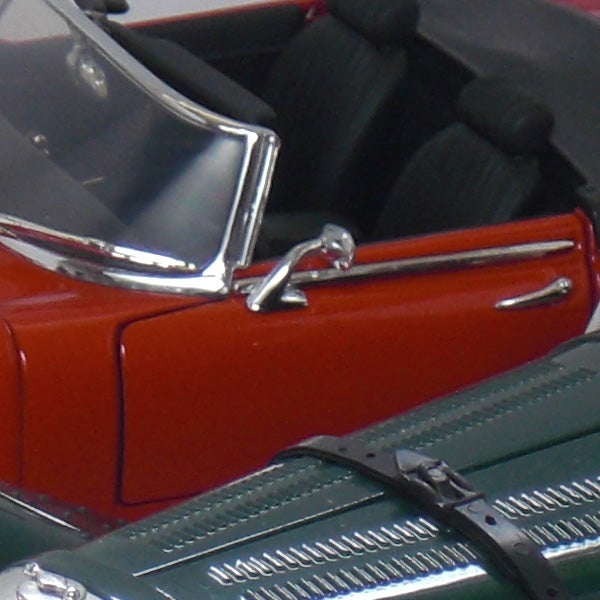 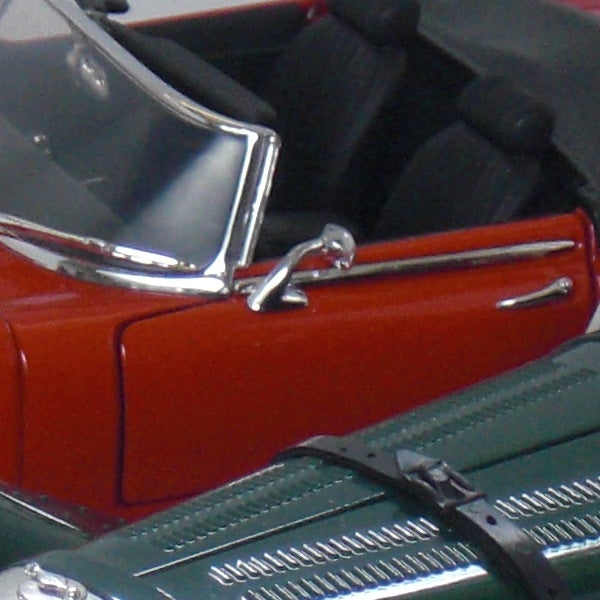 Already at 200 ISO there are signs of noise. 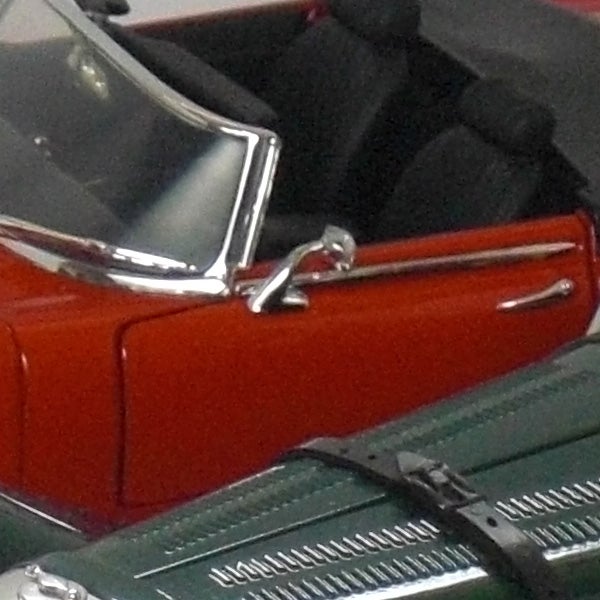 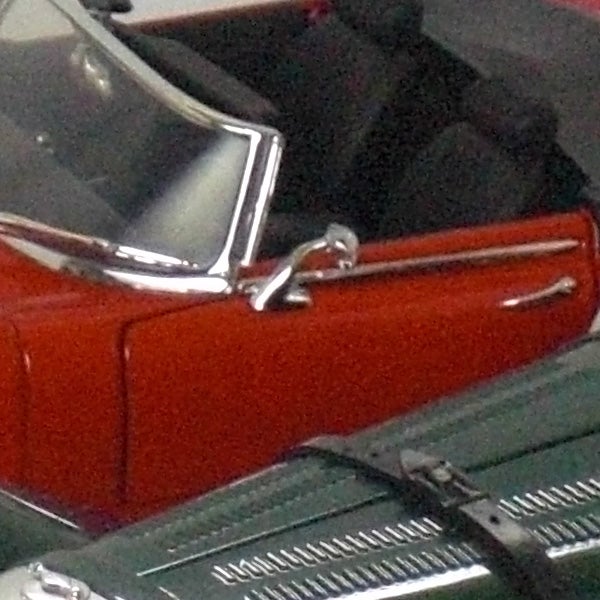 Lots of noise at 800 ISO, but again the colour isn’t bad. 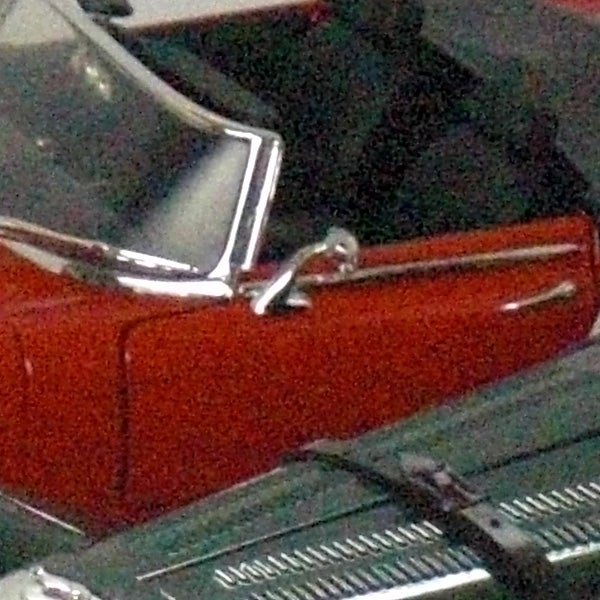 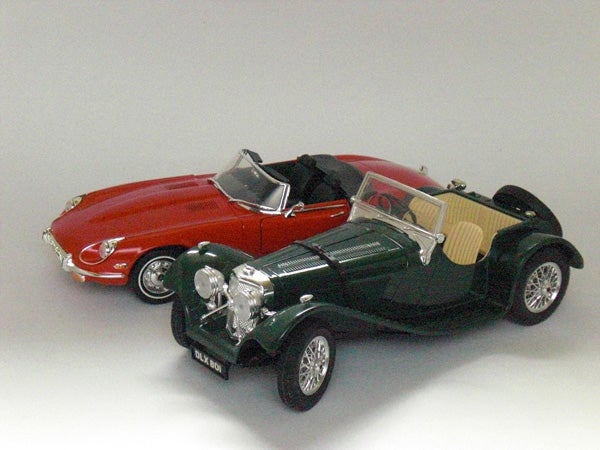 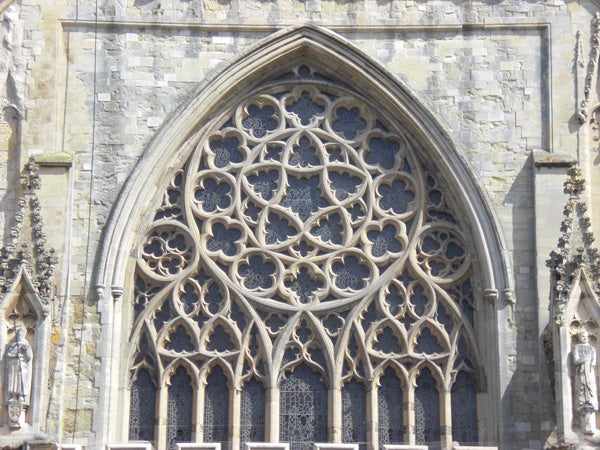 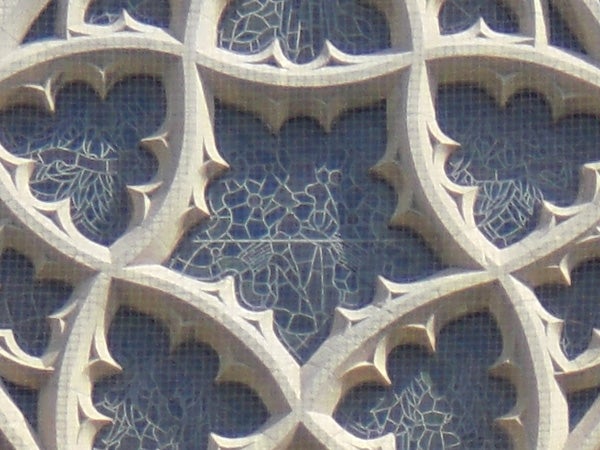 Just off the centre of the frame the image is quite soft, reducing the level of fine detail. 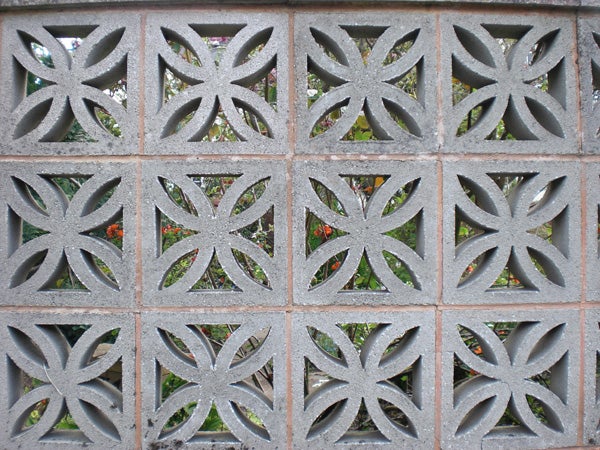 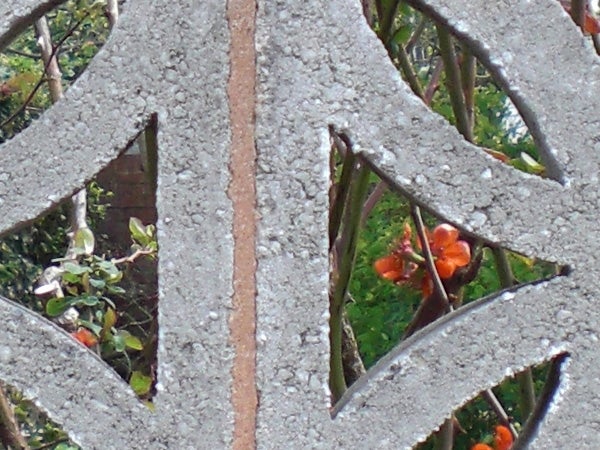 The picture is acceptably sharp only at the centre of the frame. 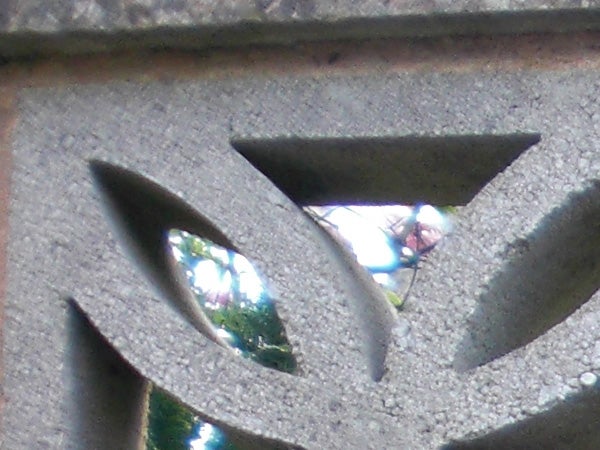 There is a lot of blurring, and chromatic aberration in the corner of the frame, as well as purple fringes from charge leakage. 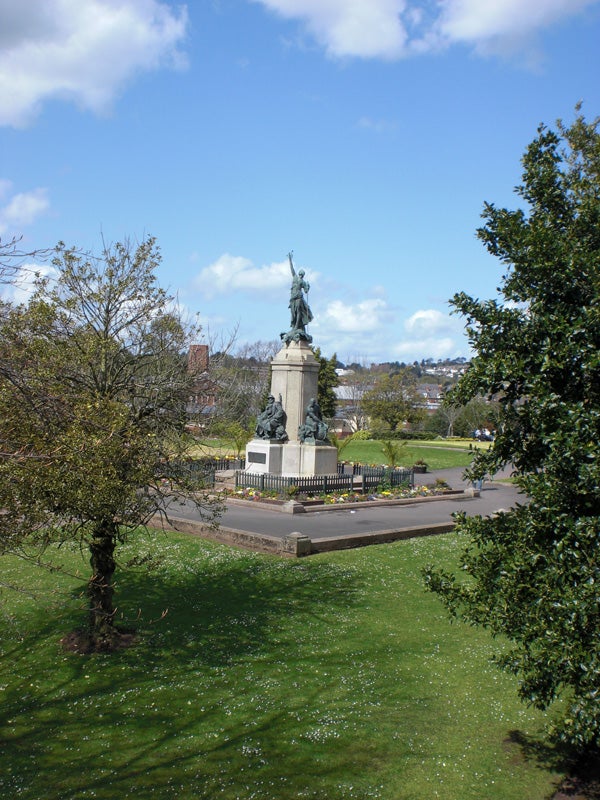 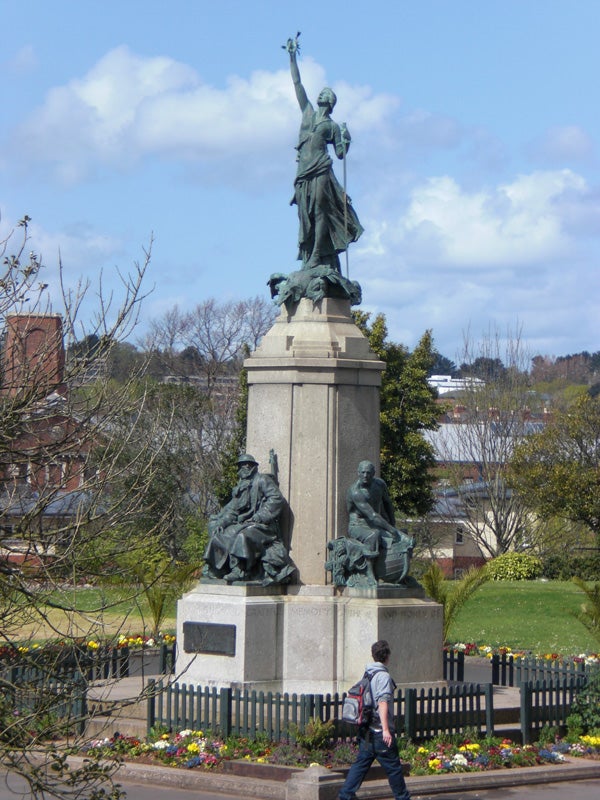 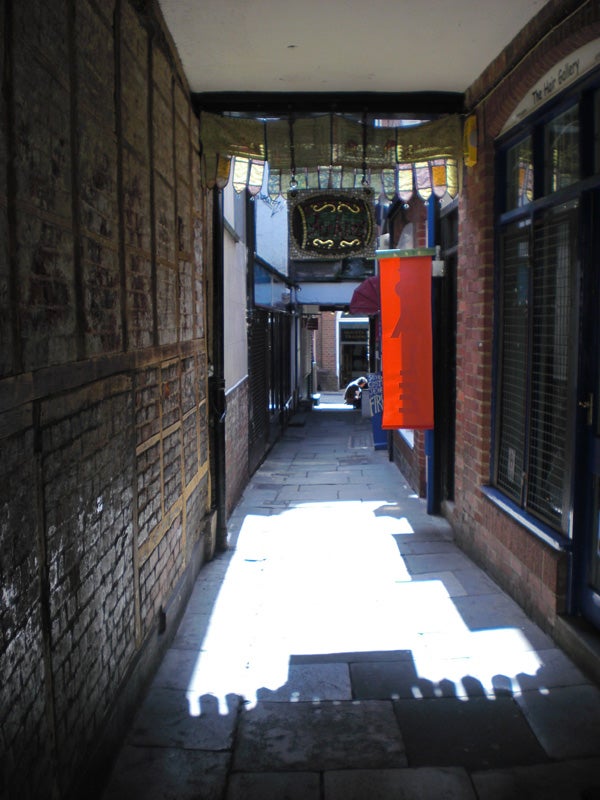 The exposure system tends to burn out highlights, although shadow detail is pretty good. 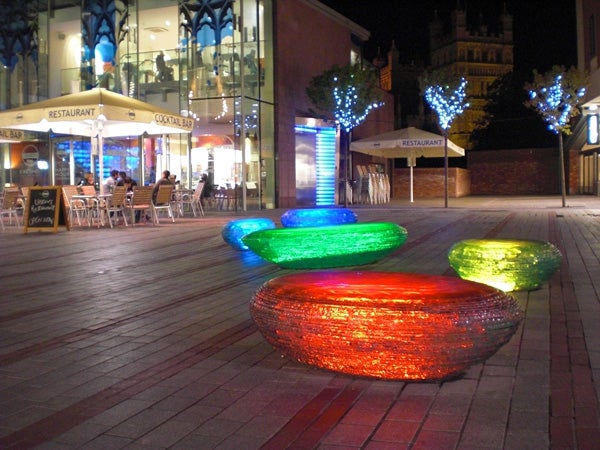 The blur detection automatic shutter is good for hand-held night shots. This was taken with a 1/4-second exposure. 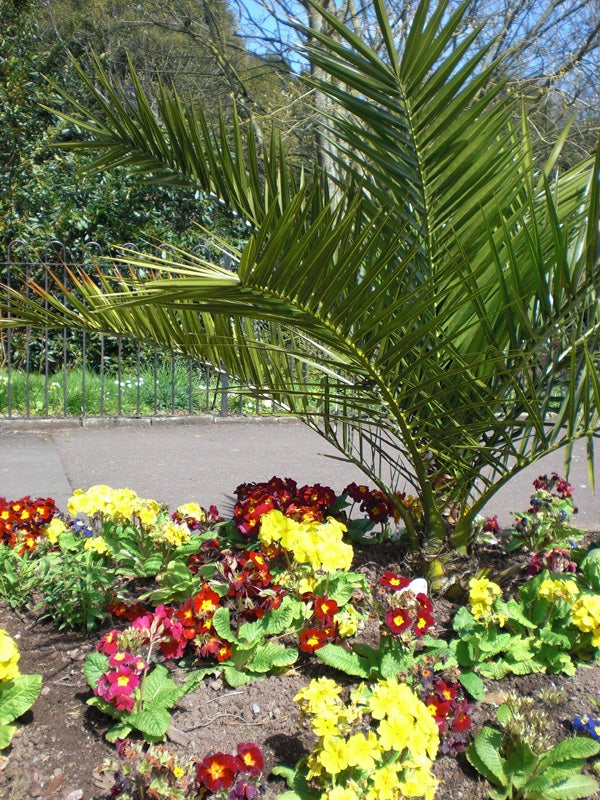 Colour rendition in bright light could be better. The bright yellow flowers have almost no detail.