I’ve spent a lot of time recently playing with expensive digital SLRs and high-end luxury compacts, so today I thought I’d take a look at the other end of the market, with a budget camera costing under £90. The Casio Exilim EX-Z33 is a new 10.1-megapixel ultra-compact with a 3x zoom lens and a 2.5-inch 230k LCD monitor. It has a pretty basic spec with minimal features, but if you’re on a tight budget (and aren’t we all these days?) it’s enough for basic snapshots. 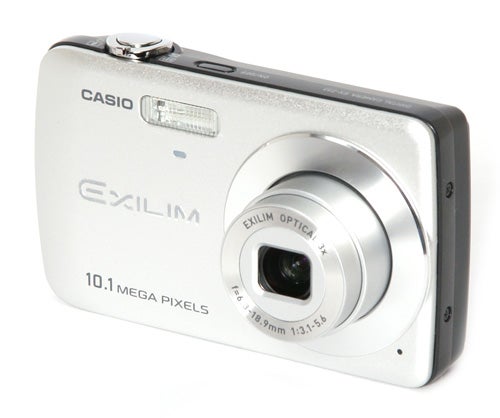 Most of the big manufacturers produce cameras in a range of prices and differing levels of sophistication and quality, which means that one model has to be the bottom of the range, and the Z33 is at the bottom of Casio’s. Casio is one of the longest-established digital camera makers, launching its first model in 1996, and currently makes some excellent ultra-compact cameras, such as the EX-S12 and the EX-H10, as well as some advanced high-speed cameras, including the EX-F1 and EX-FH20 super-zoom models, and the EX-FC100 advanced ultra-compact. The EX-Z33 is may be at the other end of the scale from these cameras, but it still shares one or two features with its more high-tech siblings. 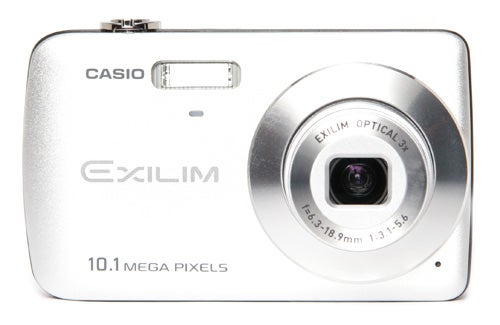 Casio has not tried to make the Z33 look like something it’s not. The body design is as basic as the specification, a plain plastic case with an aluminium fascia and very simple controls. It’s a very light camera weighing just 122g including battery and memory card, and measuring only 94.1 x 56.1 x 18.1mm it’s slim enough to slip into a shirt pocket. Although it lacks any frills the build quality is good and the camera feels surprisingly solid considering its weight. The Z33 is available in a range of colours including silver, black, blue and two shades of pink.

Naturally the basic specification of the Z33 doesn’t leave much scope for interesting features. It does have Casio’s usual side-bar quick menu for quick access to often-used settings, including picture size, flash mode, ISO, white balance and exposure compensation, but it looks a bit more sparsely populated than usual. It does offer face detection autofocus, but lacks the sophisticated auto-trigger shutter and blink detection options of the more advanced models. The main menu is also a bit barren but it does have a few options, with several autofocus modes including manual focus, a triple-shot self timer option, and even the option to customise the function of a couple of controls. 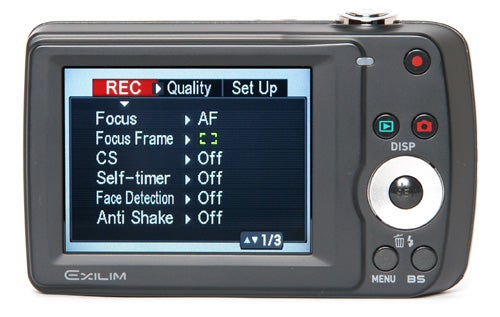 Like most of Casio’s compacts the Z33 has a dedicated button to start video recording instantly. The video mode is a bit basic by recent standards, with a maximum resolution of 848 x 480 at 30fps. Audio recording is of course mono only, and optical zoom cannot be used while filming. Video quality is not brilliant, and the audio is also pretty poor, very tinny with a lot of ambient noise. 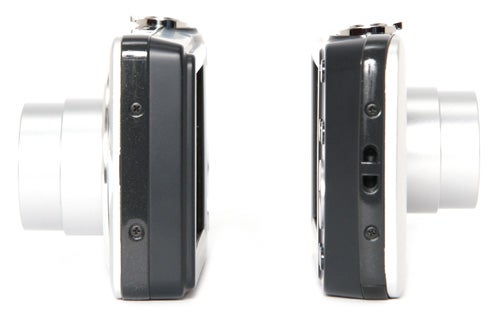 Another feature which the Z33 shares with other models in the range is Casio’s very useful Best Shot system of special scene programs. It has 22 scene settings, 23 if you include audio recording, and they cover most common and a few uncommon situations. As usual there is a YouTube mode for video recording, and the bundled software includes a “YouTube Uploader”. I thought the YouTube site itself included an uploader, and would accept video in a wide range of formats, but then I know little of such arcane wonders.

For what is unashamedly a cut-price camera the Z33 actually performs amazingly well. It starts up in a very respectable 1.6 seconds, and shuts down again in a little over two seconds. In single shot mode it has a shot-to-shot time of 2.2 seconds, while in continuous shooting mode it can maintain a surprisingly fast 1.3 frames a second apparently indefinitely. There are many more expensive cameras that can’t match this performance.

Casio’s autofocus system has often been praised for its speed and accuracy, with even mid-range models like the EX-S12 handily out-performing high-end premium compacts such as Canon’s IXUS range or Panasonic’s FX series. The EX-Z33 benefits from the same technology, with an excellent nine-point autofocus system which in good light is as fast and accurate as anything on the market. However the Z33 has no AF assist lamp and its low-light focusing is very poor, an unfortunate handicap for a camera likely to be used primarily for social snapshots by semi-nocturnal teenagers. 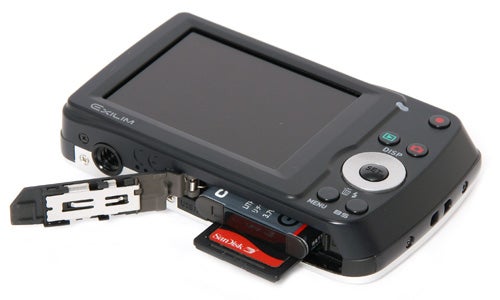 Of course when a camera is this cheap a few corners will have been cut in its design, and unfortunately for the Z33 one of those cuts has gone right through the middle of image quality. It has a slow f/3.1 – 5.6 lens with a focal length of 3.18 – 18.9mm, equivalent to 36 – 108mm. At wide angle it suffers from egregious barrel distortion and chromatic aberration, while at telephoto length it loses contrast, with the images looking washed out and hazy. Add to this the very poor noise reduction and the phone-camera quality image processing and the result is very disappointing.

For a cheap budget compact the Casio Exilim EX-Z33 offers decent build quality, simplicity of use and surprisingly good performance, but its very poor low light focusing and disappointing image quality are serious handicaps. Better to save up a few more pounds and get something a bit more capable. 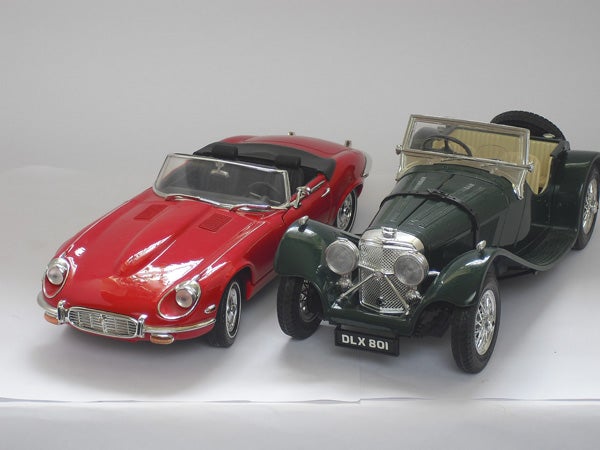 This is the full frame at 100 ISO. These shots are taken at near to maximum zoom; note the lack of contrast and hazy look of the overall image. 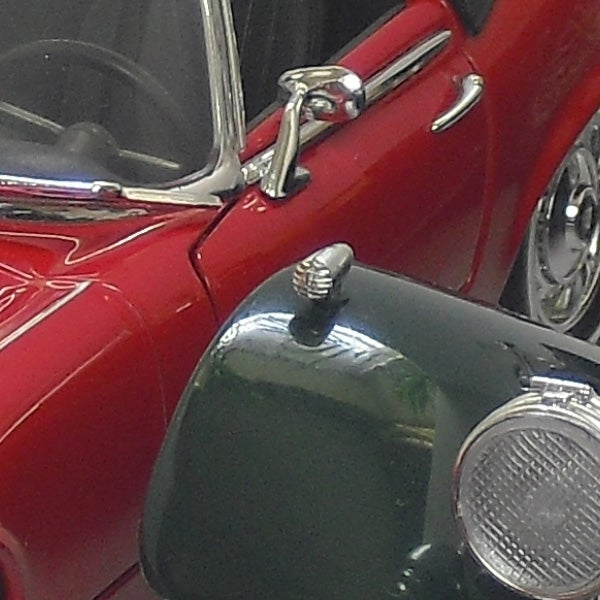 There’s not much noise, but the image is badly processed and over-sharpened.

Already at 200 ISO there is visible chromatic noise. 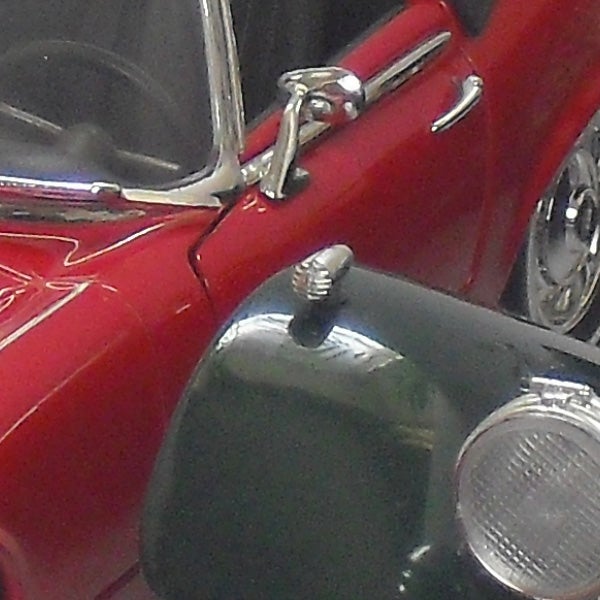 Image quality at 400 ISO is pretty poor, not much better than I’d expect from a cheap cell phone. 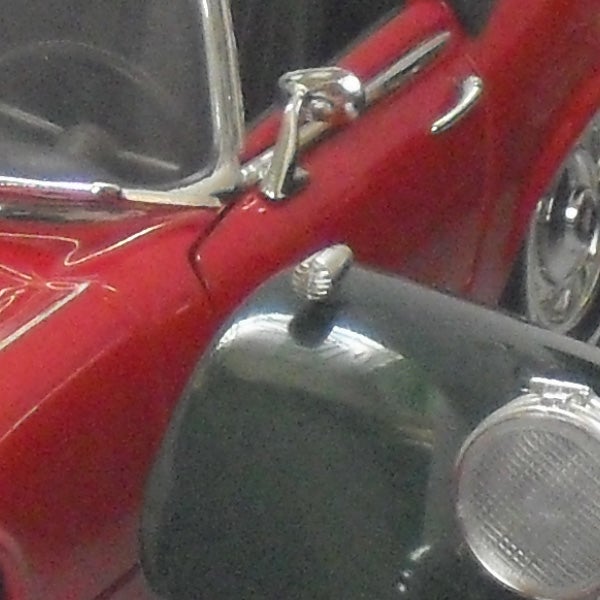 Although the colours haven’t degraded too much the noise reduction has blurred out any fine detail at 800 ISO. 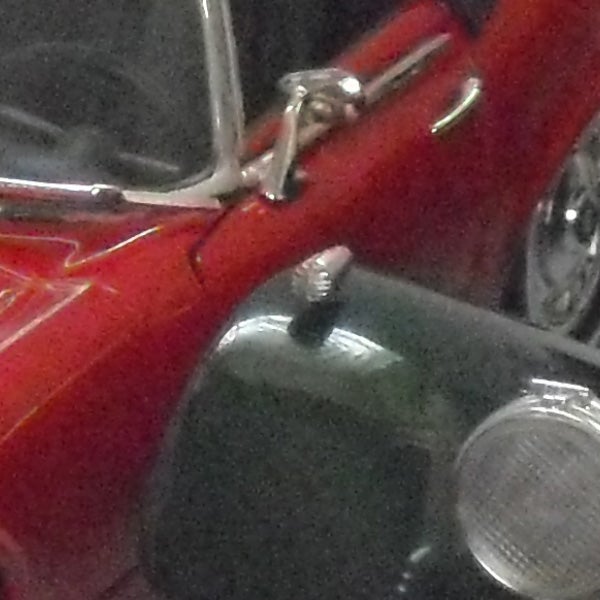 At 1600 ISO the image quality is terrible. 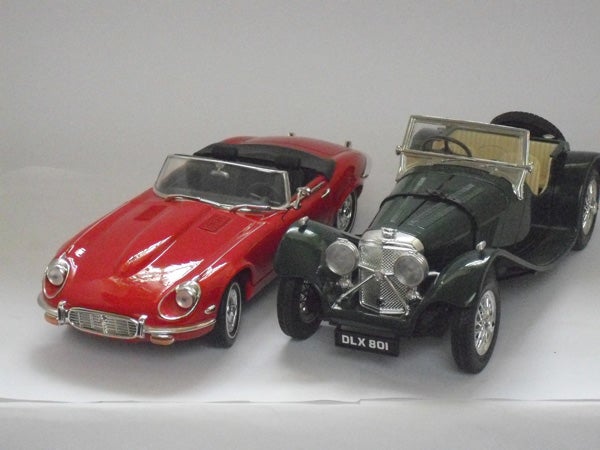 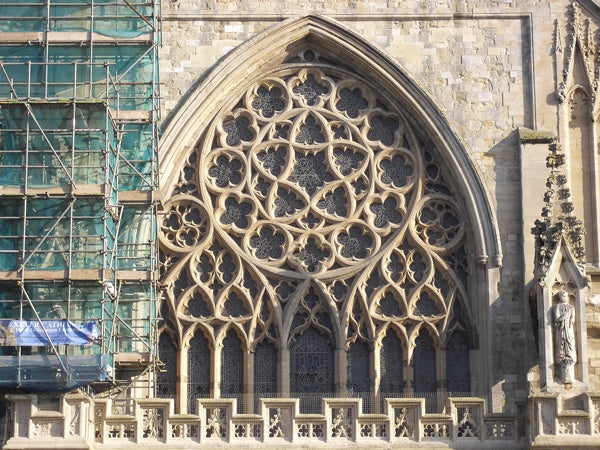 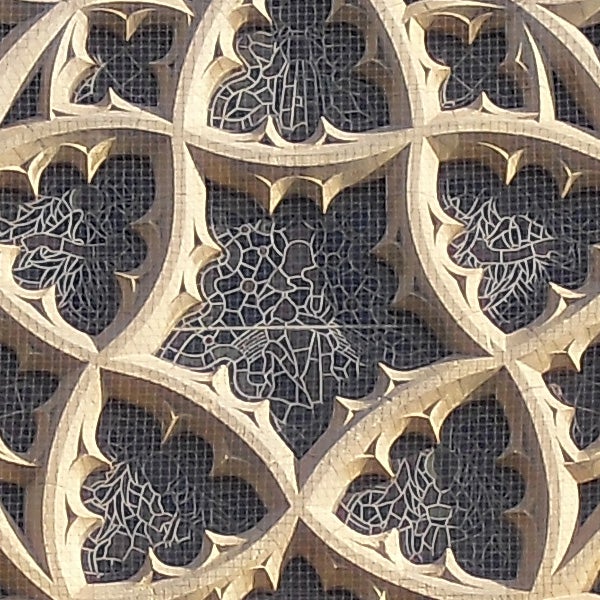 Although the fine detail is there it’s ruined by poor dynamic range and massive over-sharpening. 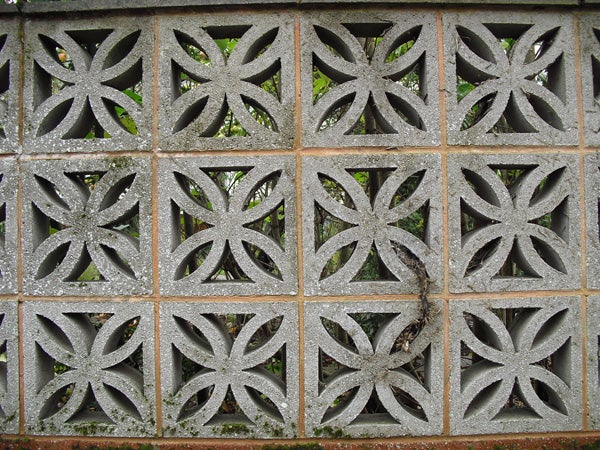 The lens suffers from major barrel distortion at wide angle. 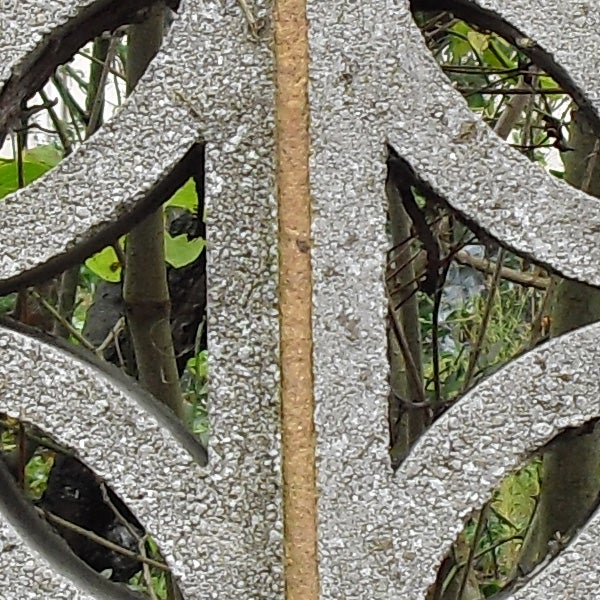 Centre sharpness isn’t too bad, but again the poor image processing is evident. 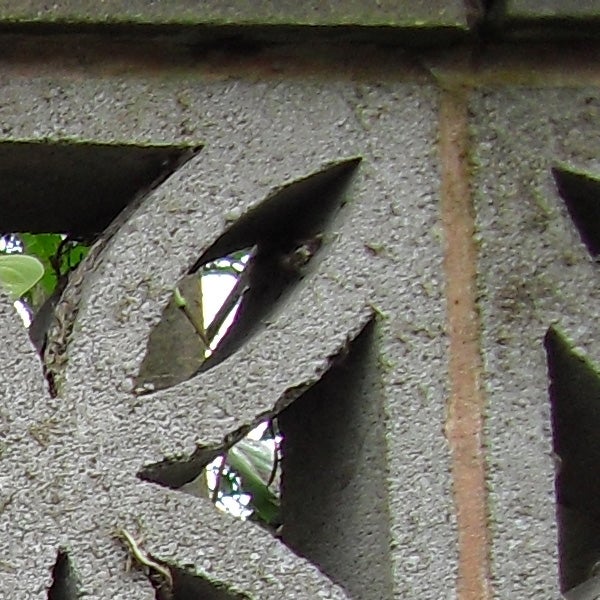 Corner sharpness is also not too terrible, but chromatic aberration is plainly visible. 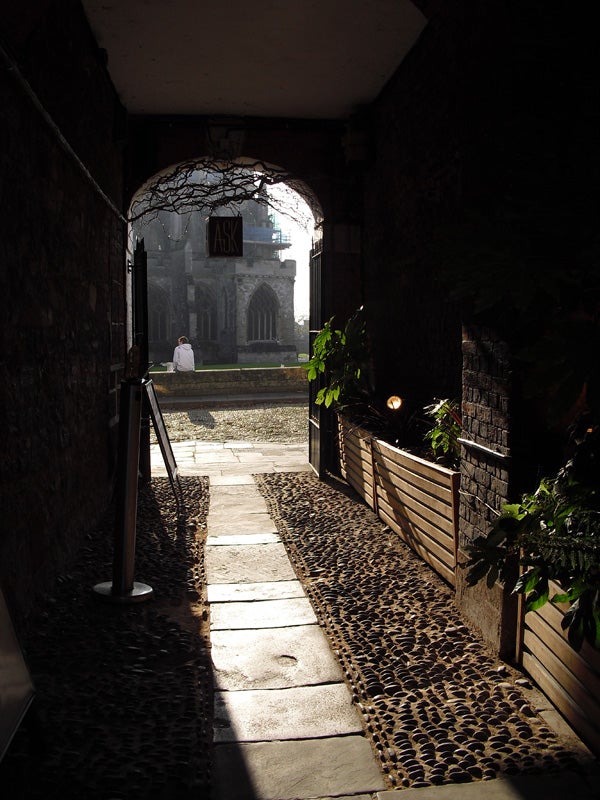 Dynamic range is very limited, with virtually no shadow detail. The Z33 has no contrast boosting technology. 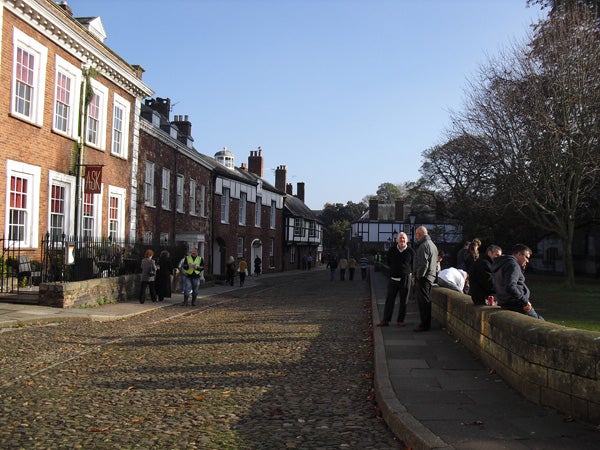 The wide angle end of the zoom range is equivalent to 36mm, about average for a standard 3x zoom compact. 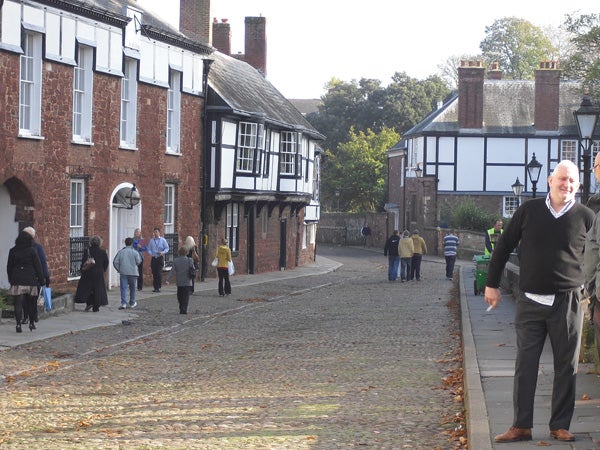 Note the lack of contrast in this telephoto shot from the same location. Telephoto focal length is equivalent to 108mm. Please try to ignore the person smoking a cigarette in this photo, since it’s probably illegal to show such terrifying scenes on a public website. 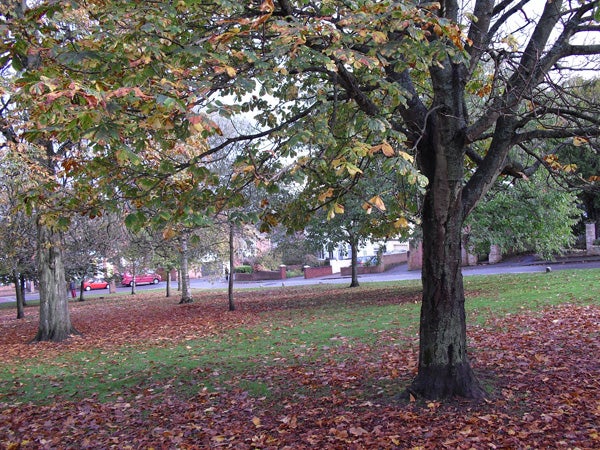 Colour reproduction and white balance are none to brilliant either, although it defence it was a slightly overcast day. 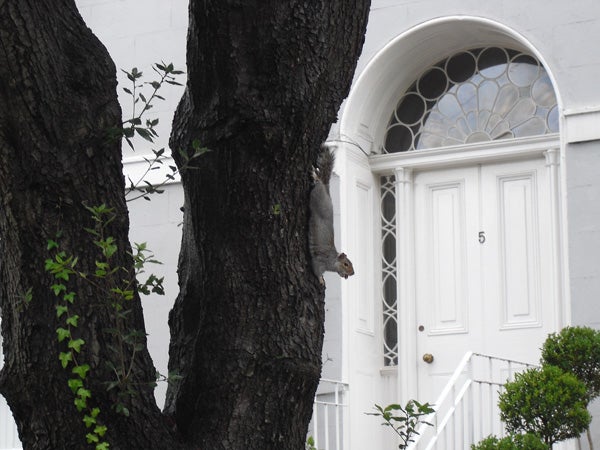 The autofocus system is fast enough for spur-of-the-moment snapshots like this one.