Casio, as I have often remarked in the past, is one of the original innovators of the digital camera industry. It launched its first model in 1996, beating many long-established camera companies to a place in this lucrative and highly competitive market. The company has continued to innovate with models such as the remarkable EX-F1 high-speed super-zoom camera and the EX-FC100 compact, but its main focus has always been ultra-compact 3x zoom cameras, and it continues to introduce new models once every few months. One of its most successful lines in recent years has been the incredibly tiny 8.1-megapixel EX-Z80, the 9.1-megapixel Z85 and the 12.1-megapixel Z90, so its no surprise that Casio should launch another model using the same basic design. 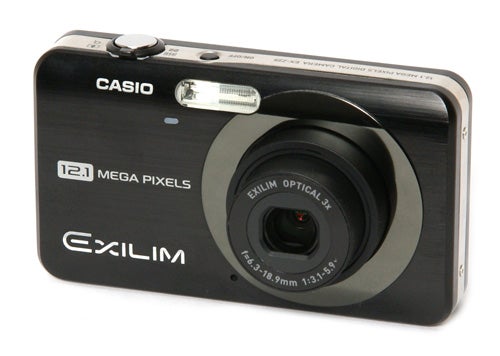 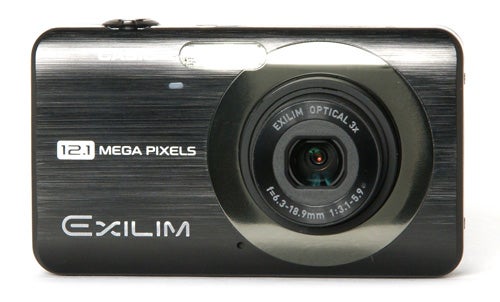 Like the other Z-series cameras the Z25 is almost ridiculously tiny, measuring 89.7 x 51.7 x 19.4mm and weighing just 116g including battery and memory card. The body is all aluminium and like most Casio cameras it is available in a range of six different colours. The build quality is excellent and the stylish brushed finish looks good while still providing a surprisingly grippy surface.

The control layout is also identical to the previous Z-series models, with a small round D-pad, four small rectangular buttons and a separate button to instantly activate the video recording mode. Despite the camera’s diminutive dimensions the controls manage to avoid being fiddly, leaving plenty of room to grip the camera, and are clearly labelled and also have nice tactile feedback. Olympus please take note. 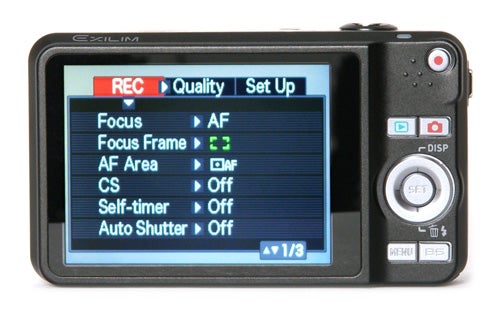 Like all of Casio’s cameras the Z25 has a dual menu system; a three-section main menu that controls all camera functions, and a sidebar live menu that control up to eight frequently used functions. The functions that appear on the live menu can be selected by the user. For such a small and relatively cheap camera the Z25 has a decent range of features, including Casio’s excellent manually adjustable auto-shutter system, which detects motion blur and also acts as a smile-activated shutter release. It also has a good face detection system and multiple AF modes including pan-focus and manual focus. 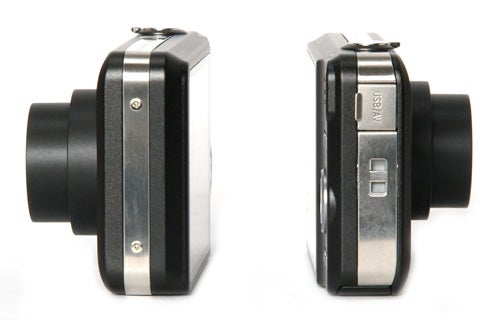 Unlike some recent point-and-shoot compacts the Z25 has multi-zone, centre weighted and spot metering, adjustable sharpness, contrast and saturation, adjustable flash output and a range of colour filters. It also has a lighting booster feature for shooting in high contrast situations, but to be honest this doesn’t work as well as some similar systems that I’ve seen. It also has 1280 x 720 video recording with mono audio. As is usually the case the optical zoom cannot be adjusted while recording, but the dedicated video button does mean it can start recording instantly.

I never did get to review the Z90, so I can only compare the Z25 to one of its other predecessors, the August 2008 EX-Z85. the main difference between the two cameras is the three-megapixel increase in sensor resolution, and unfortunately this has had a negative effect on the camera’s performance. The Z85 was a very quick little camera, but the extra data processing for that bigger image size has really slowed things down for the new camera.

The Z25 starts up in approximately 2.5 seconds, which isn’t too bad, but in single-shot mode its shot-to-shot time is now 3.7 seconds, which is disappointingly slow. Even in continuous shooting mode it still takes 3.1 seconds between shots. There is a high-speed continuous mode which shoots at approximately 3fps, but is can only take eight shots and is limited to a resolution of two megapixel.


The annoying thing is that the autofocus system is one of the fastest I’ve ever seen on a compact camera, quick even by Casio’s usual high standard, and the single-shot shutter lag is almost non-existent. I’m fairly sure that with a lower-resolution sensor the Z25 would have much better performance.


Image quality is also a bit disappointing, and partly for the same reason. Dynamic range is extremely limited, especially at the higher end of the range, with badly clipped highlights and charge-leakage fringes obtruding into shadow areas. The lens is also less than ideal, with significant chromatic aberration towards the corner of the frame. I also found that some shots had uneven focusing, with one side of the image slightly blurred, although this may have been a problem with my review sample because I’ve not encountered this with previous Z-series models using the same lens. 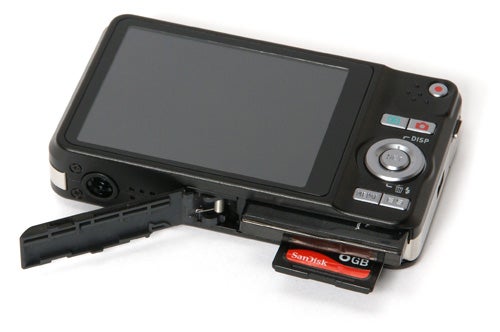 One pleasant surprise is image noise control, which is very good, producing nice clean images at up to 400 ISO, and usable shots even at 1600 ISO, with good colour rendition and exposure. Low light performance is also much better than expected, and the AF system copes in very low light despite the lack of an AF assist lamp.

The Casio Exilim EX-Z25 is an ideal camera for casual social photography, small and light enough to take anywhere. Build quality and design are first rate, and it has a good range of features to cope with almost any situation. It is let down though by sluggish performance and slightly disappointing image quality, but for the price it’s still a bargain. 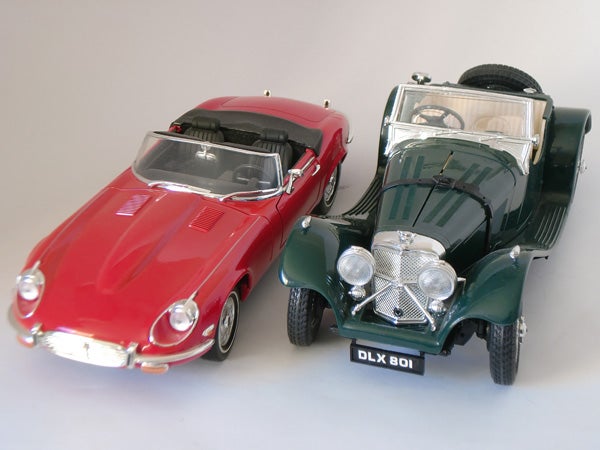 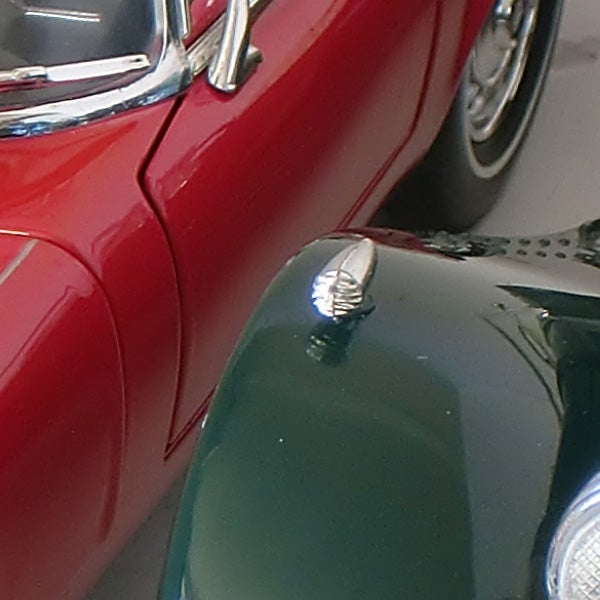 At minimum ISO the image quality is very good, with smooth colour and no visible noise. 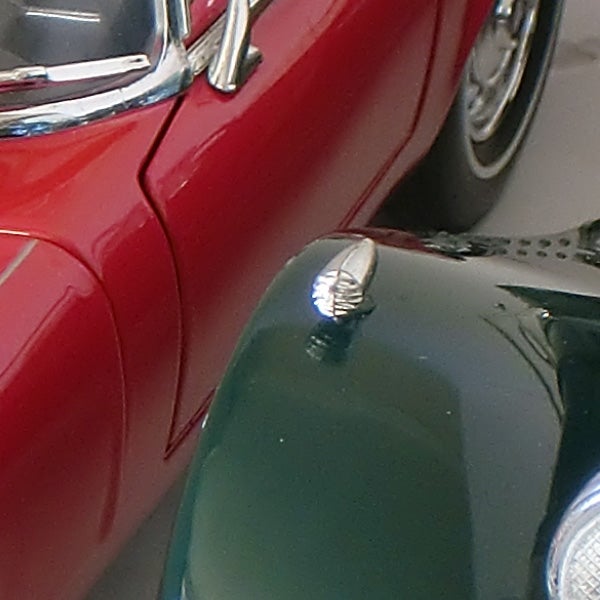 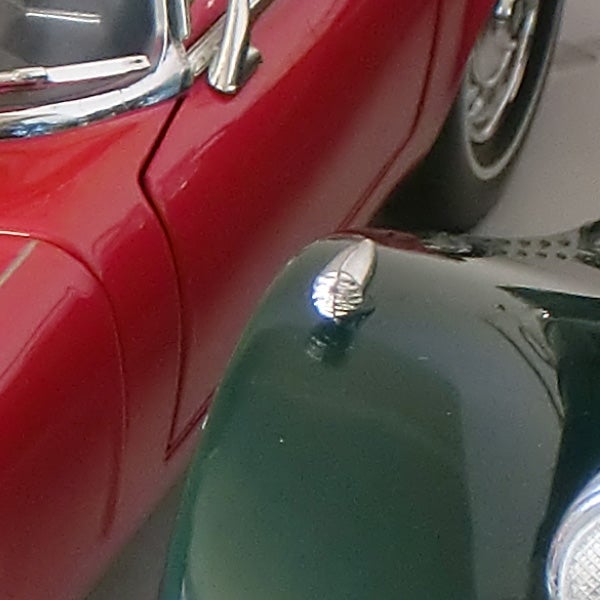 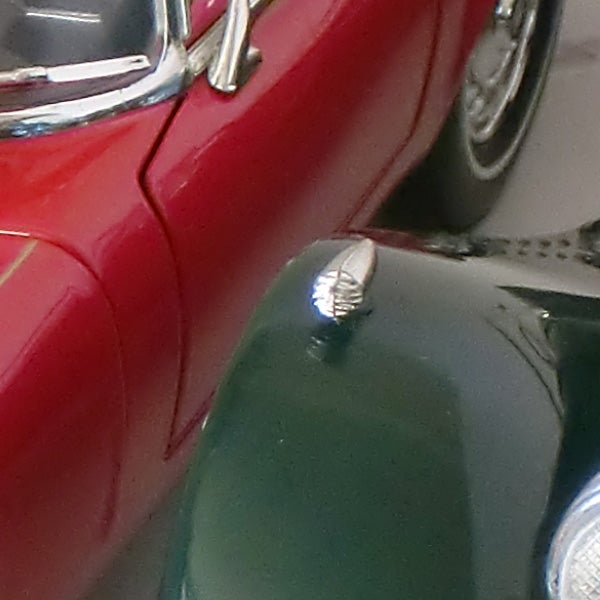 Image quality is still good at 400 ISO, not bad for a cheap 12MP compact. 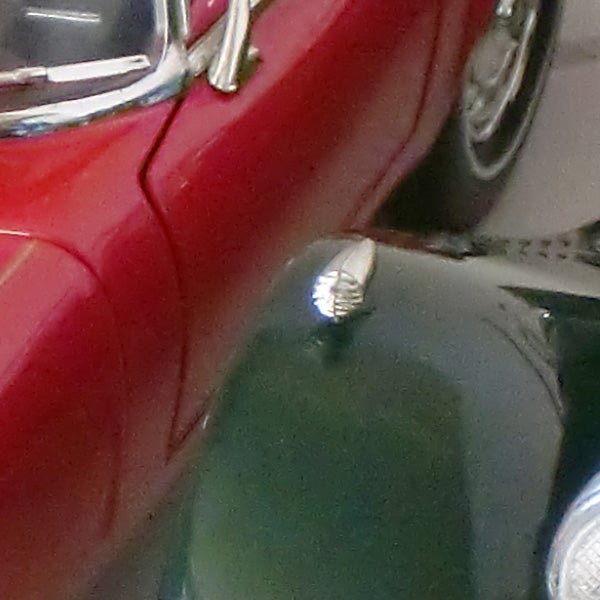 At 800 ISO however there is a lot of noise and loss of detail. 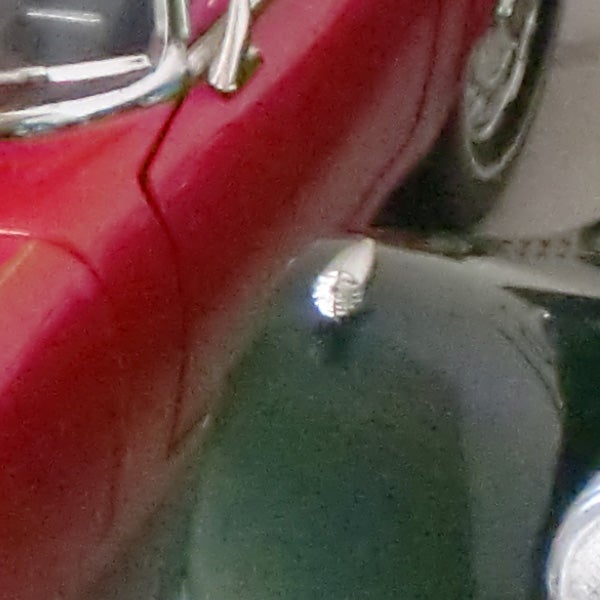 1600 ISO is also very noisy, but at least the colour rendition is good. 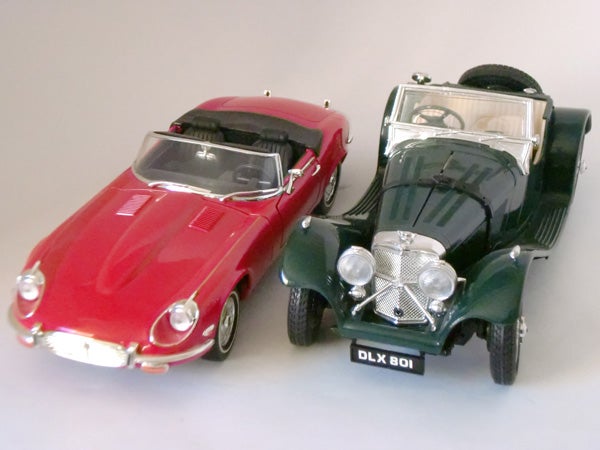 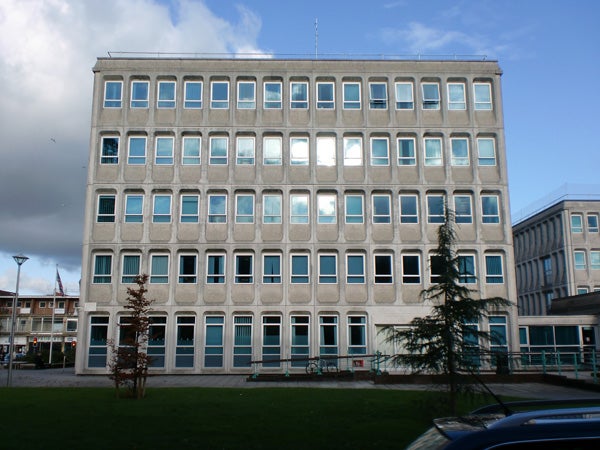 I couldn’t take my usual shot of the cathedral this week, so here’s another of Exeter’s magnificent historic buildings. The full-size download is approximately 5.6MB 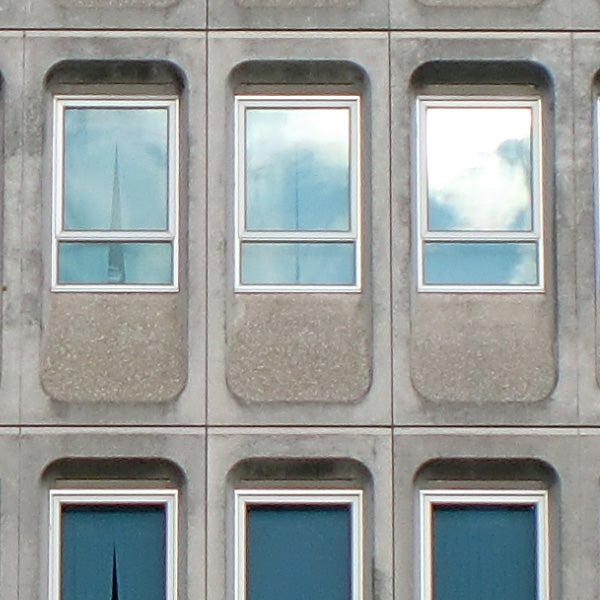 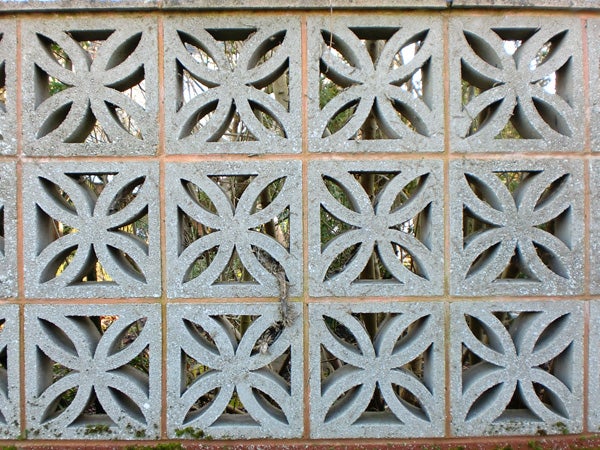 There isn’t much wide-angle distortion, which is a good thing. 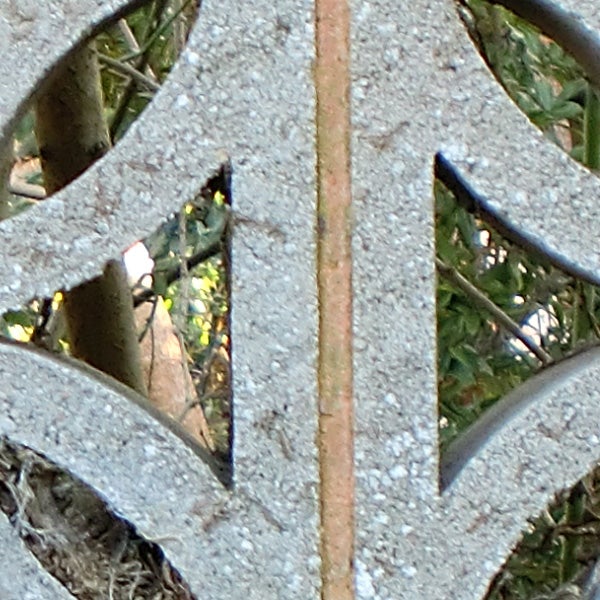 Centre sharpness is not so good however, and there is also some camera shake despite the 1/60th sec shutter speed. 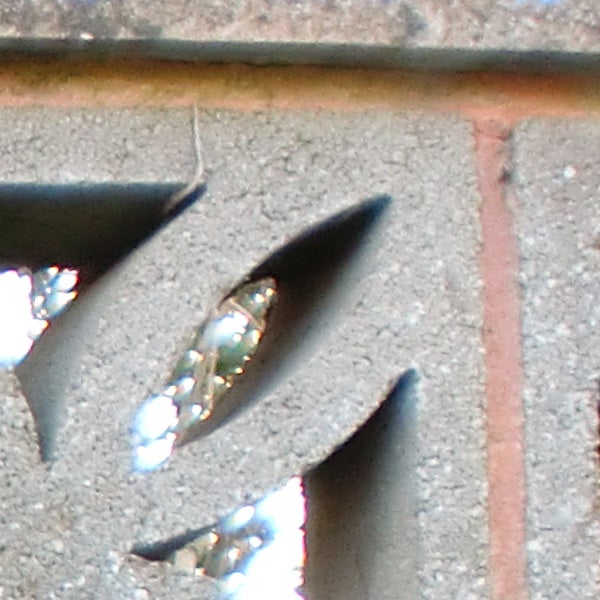 Corner sharpness is also quite poor, with major chromatic aberration. 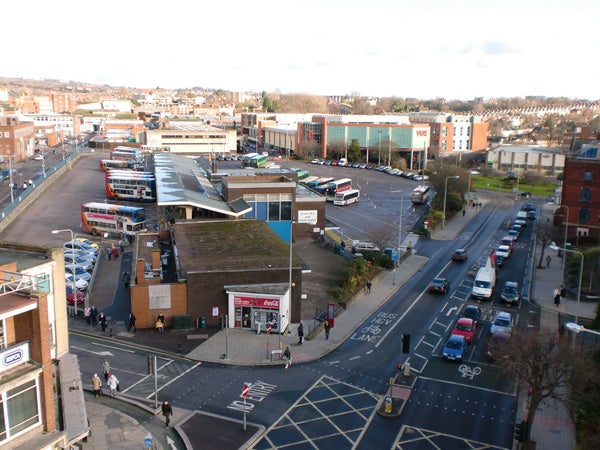 The wide angle end is equivalent to 38mm, not really very wide at all. 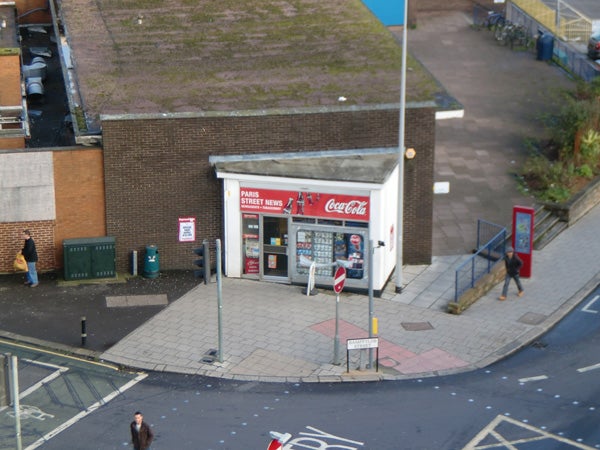 The telephoto end is equivalent to 114mm, about average for a 3x zoom camera. 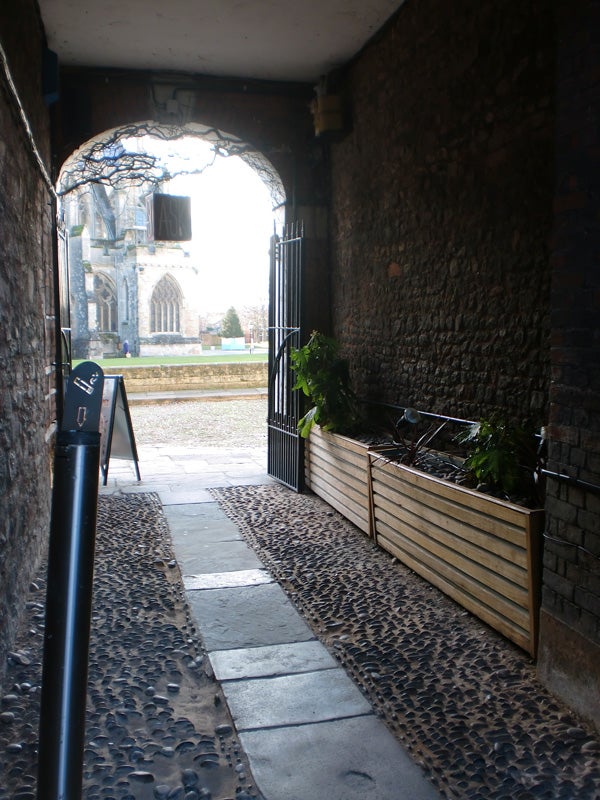 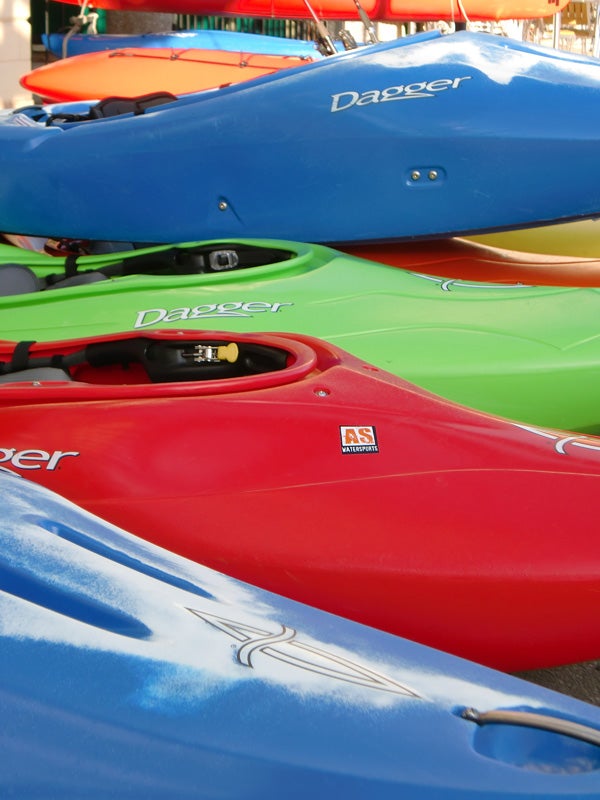 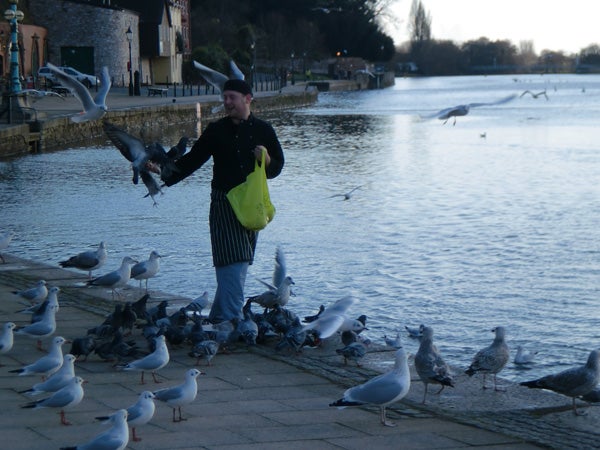 An impromptu remake of a Hichcock classic on Exeter quayside. 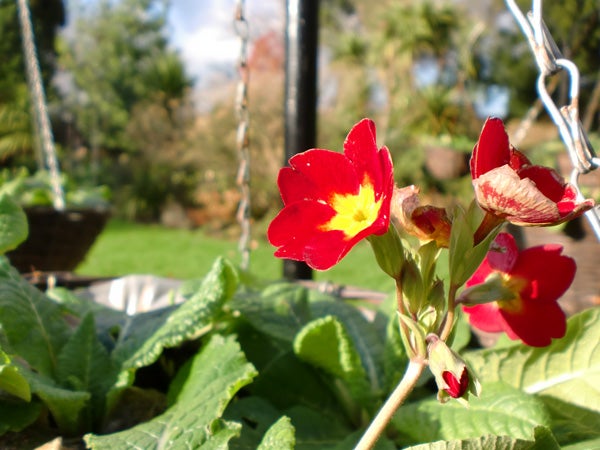