In November last year I reviewed the then-new PowerShot SX100 IS, the first model in a new series of compact cameras from Canon. The SX series are intended as “family cameras”, designed to be easy to use, but with enough versatility to appeal to more adventurous photographers. Canon has now added three new models to the SX range, with the launch last month of the 20x zoom SX1 IS and SX10 IS, and this, the 10x zoom, 9.0 megapixel SX110 IS. 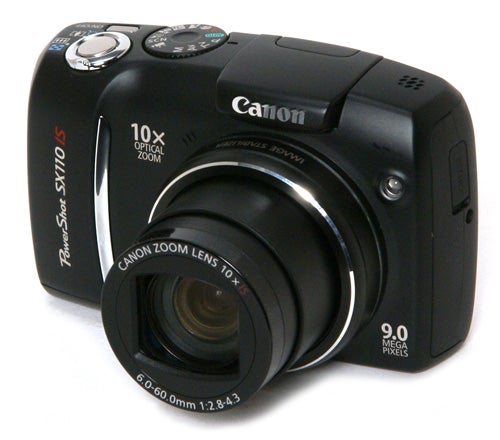 It looks increasingly like the SX series is taking over from the venerable A-series as Canon’s primary mid-range compact cameras. While the latest A-series models, such as the A2000 IS lack the popular manual options of previous models, the SX110 IS has a full range of manual exposure options, plus other features that will appeal to more experienced photographers. It has a powerful pop-up flash, a large bright 3.0-inch 230k LCD monitor and a traditional, easy-to-use control interface.


The long-zoom compact market is still far from crowded, but nonetheless the SX110 IS has some formidable competition, primarily from Panasonic’s superb Lumix DMC-TZ5, which has a very similar specification with a 10x zoom lens, 9.1MP sensor and 3.0-inch monitor. However the TZ5 has a 28-280mm equivalent zoom range (the SX110 has 36-360mm), and that monitor has double the resolution of the Canon. The TZ5 is also a little cheaper, currently retailing at around £180. The SX110 will also see some competition from the 10MP 7.1x zoom Ricoh R8 (£145) and the new R10, although that camera will probably be more expensive. 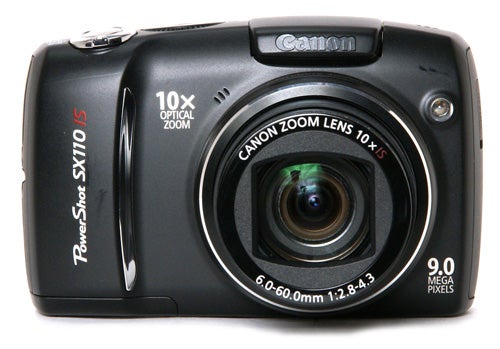 The SX110 IS is not a small camera. Measuring 110.6 x 70.4 x 44.7mm and weighing around 300g including a pair of alkaline AA batteries it is significantly larger and heavier than the TZ5. It is really too big and heavy for convenient pocket portage, and would benefit from the additional purchase of a belt pouch. To be honest I’m surprised it only has a wrist strap, since I’ve seen smaller and lighter cameras with a neck strap. However the camera’s bulk reflects its excellent build quality. Despite its plastic body it feels solid and robust, the controls, battery hatch and pop-up flash are recessed and solidly mounted, and the curved shape is innately strong.

Despite being sold as a “family camera”, the SX110 IS has a pretty comprehensive specification, more than enough to please any more creative photographers looking to experiment a little. The 6-60mm f/2.8 – f/4.3 lens is nice and bright, and features Canon’s acclaimed optical image stabilisation technology. The camera is equipped with the same DIGIC III processor as the advanced PowerShot G9, and in terms of zoom power and resolution it is definitely towards the top end of Canon’s extensive range. 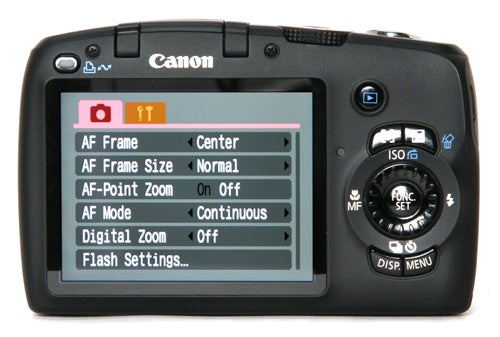 Despite this the camera is well designed and very simple to operate. I’m not keen on the word “intuitive” when applied to technology, but the SX110’s control system is certainly very easy to grasp, with large, clearly labelled controls that should present little problem even for those with limited finger mobility. The large and solidly clunky mode dial on the top plate carries the main shooting modes, including automatic, program exposure, aperture and shutter priority and full manual exposure. 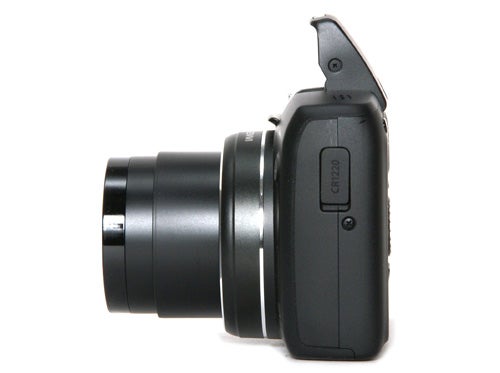 Shutter and aperture settings are adjusted via the rotating wheel that also doubles as the D-pad, with shutter speeds from 15 secs to 1/2500th of a second and aperture values from f/8 to f/2.8 available in 1/3EV increments. I’m not usually a fan of rotary dial controls of this type, but in this case Canon has got the feel and function pretty much perfect and exposure settings are quick and easy to adjust. The monitor previews the brightness of the exposure, and there is also match-needle metering on screen.


Manual focusing is also controlled by the rotary dial, and again is works surprisingly well, with automatic magnification of the centre of the frame. The monitor is certainly sharp enough for accurate manual focusing. 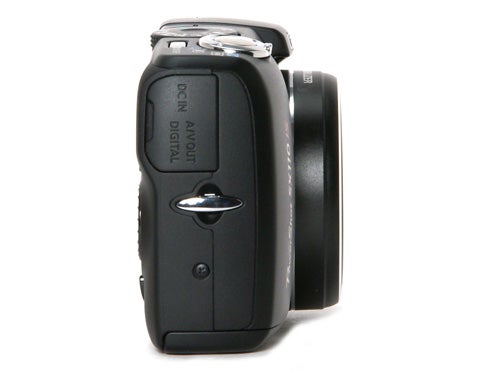 Along with the manual options the SX110 has 12 scene modes, both on the mode dial and accessed via the Scene Mode setting. As well as this there are a number of pre-set colour modes, and a custom mode with adjustable contrast, saturation and sharpness. Other automatic features include face detection and auto red-eye correction. There is also a motion-detection system to reduce movement blur, but this only operates in the high-ISO mode.

In terms of overall performance the SX110 is, not too surprisingly, a close match for the SX100. It starts up in a fraction over two seconds, which is pretty quick for a long-zoom camera. In single-shot mode at maximum picture quality, and using a high-speed SanDisk Ultra II SDHC card, it can maintain a shot-to-shot time of 1.9 seconds, which is pretty respectable. The camera has two continuous shooting modes, one with AF and one without. In the AF continuous mode it maintains a shot every 1.2 seconds, while in the non-AF mode the interval is just 0.8 seconds, or over 1fps, which is pretty quick by any standard. 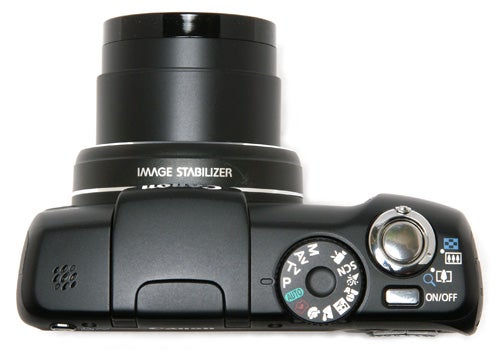 As usual Canon’s AF system is superb, operating quickly and accurately in good light and barely slowing at all in lower light conditions. The monitor automatically adjusts to brighten dark scenes for easier framing, and a powerful AF assist lamp ensures accurate focusing in the dark at a range of around three metres.


Flash performance is also good, with a shot-to-shot recharge time under typical conditions of approximately 8.5 seconds. The stated flash range of 3.0m is somewhat conservative; I’d put it at closer to 4.5m with good frame coverage. The SX110 has a movie mode, but as with the SX100 it’s nothing particularly special, shooting at VGA resolution and 30fps. The optical zoom cannot be used while filming, and video clips are limited to one hour or 4GB in size, although this is hardly going to be a problem for most people.


Image quality is of course a vital consideration, and here I’m happy to report that the SX11 IS excels, surpassing the SX100 and addressing that camera’s few problems. The lens is very good, producing very little barrel distortion and only a hint of chromatic aberration towards the edges of the frame at wide angle. Sharpness is very good right across the frame. The overall level of detail is exceptionally high; in fact the SX110 produced some of the most detailed shots I’ve ever seen from a compact camera, thanks in no small pert to the very low image compression. Some image files were over 6.5MB, which is huge for a 9MP camera. Dynamic range is better than average, and colour reproduction is also excellent, with good detail even in very bright saturated colours. 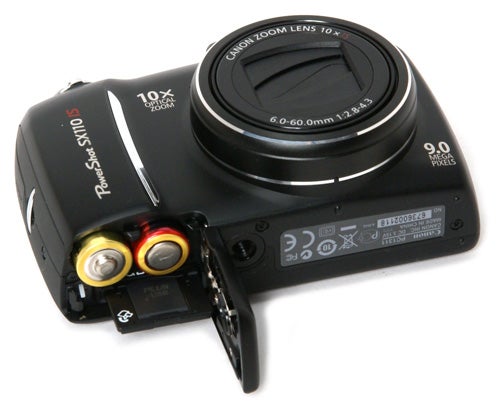 The SX100 IS did have some problems with high-ISO image noise, but these appear to have been largely eliminated in the new camera. Shots at 80 and 100 ISO are very clean, and while there is a little noise visible at 200 ISO, shots at 400 ISO are surprisingly clean and detailed, with virtually no colour distortion. 800 ISO shots lack some detail, but again the colour fidelity is very good. The camera has a normal maximum of 1600 ISO, and even at this setting the shots are quite usable for small prints or websites, as long as you don’t mind a bit of grain.

If you were considering a Panasonic TZ5 but you really want manual exposure options, then the SX110 ISO is just what you’re looking for. It is fast, well made, versatile, easy to use and has outstanding picture quality. It’s a little expensive, but it really is one of the best general-purpose digital cameras on the market. 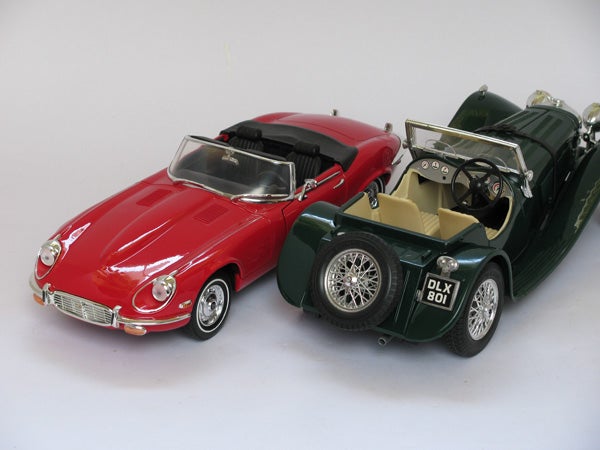 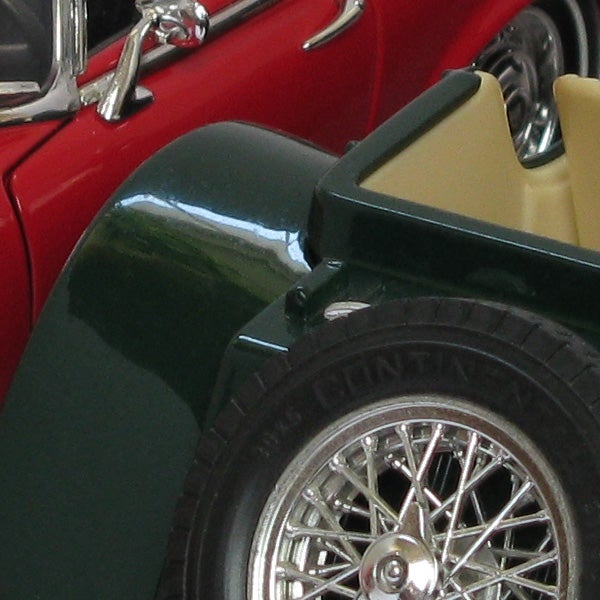 At 80 ISO the image quality is niceand clean with good colour and sharp detail. 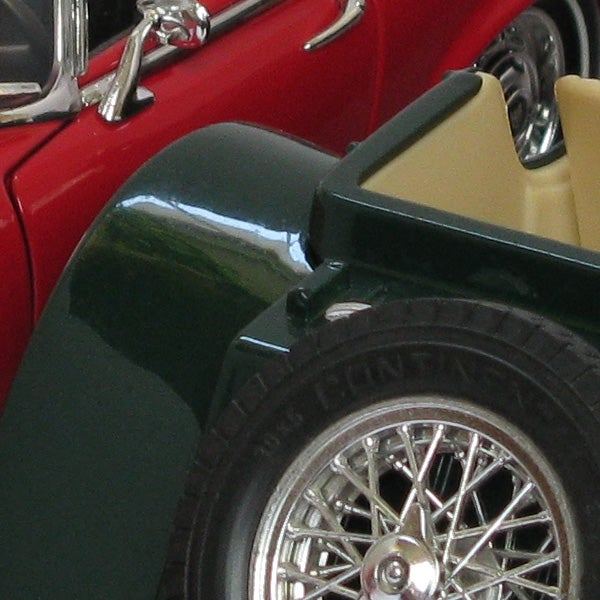 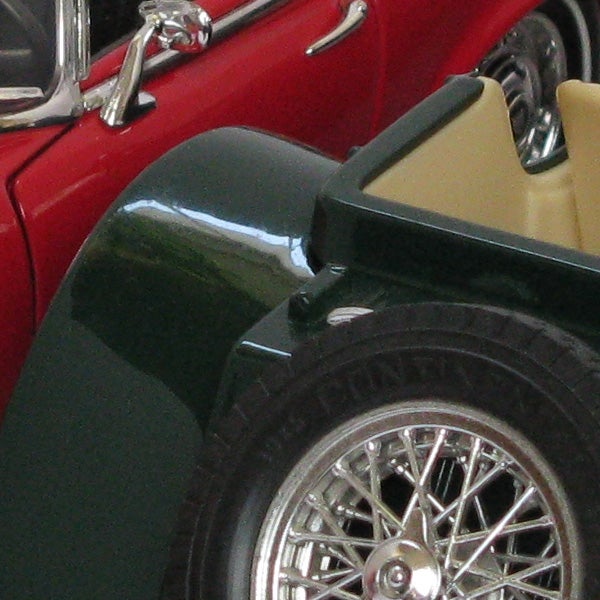 There is a little noise visible at 200 ISO, but it’s not enough to cause a problem. 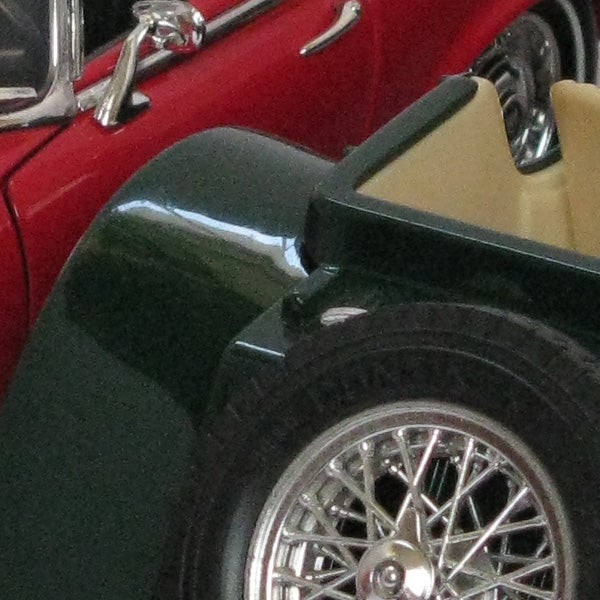 At 400 ISO there is noise visible, but none of the uneven colour distortion usually seen at this level. 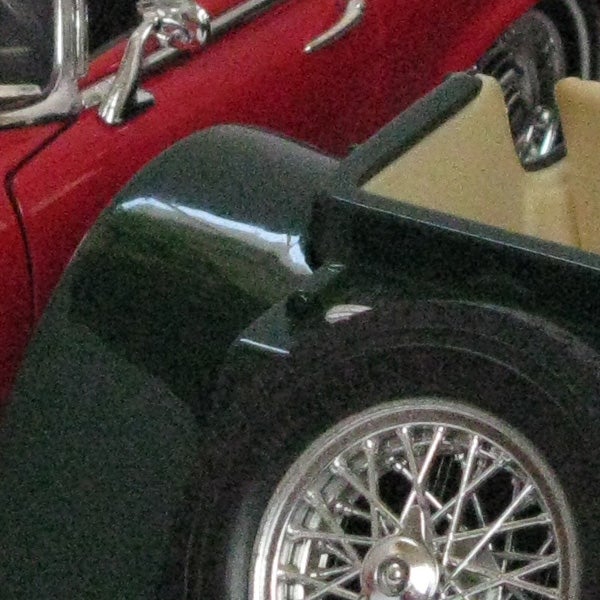 Most of the really fine detail has been lost at 800 ISO, but colour is still pretty good. 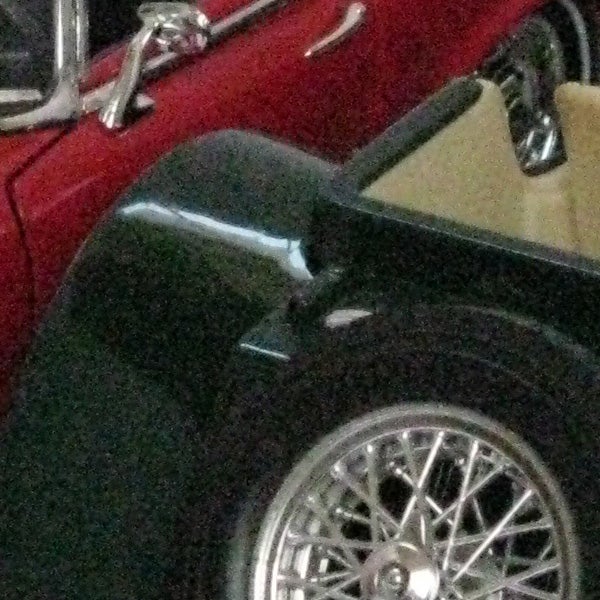 1600 ISO is just about usable in emergencies, but picture quality is pretty poor. 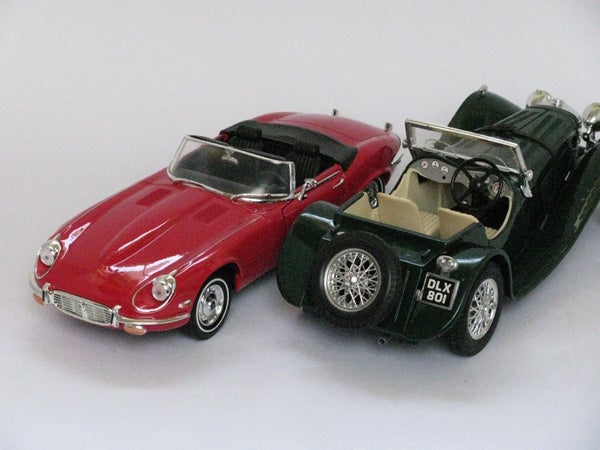 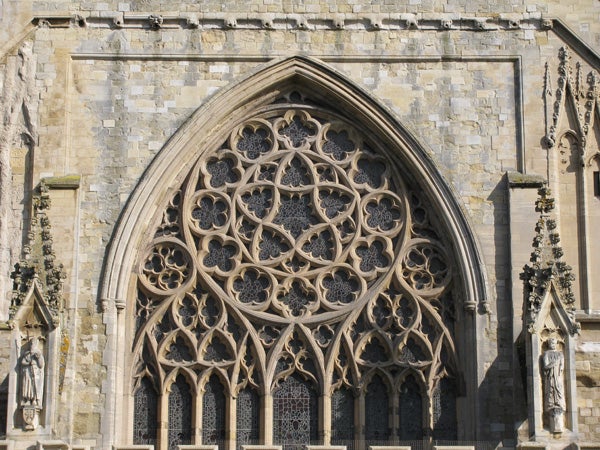 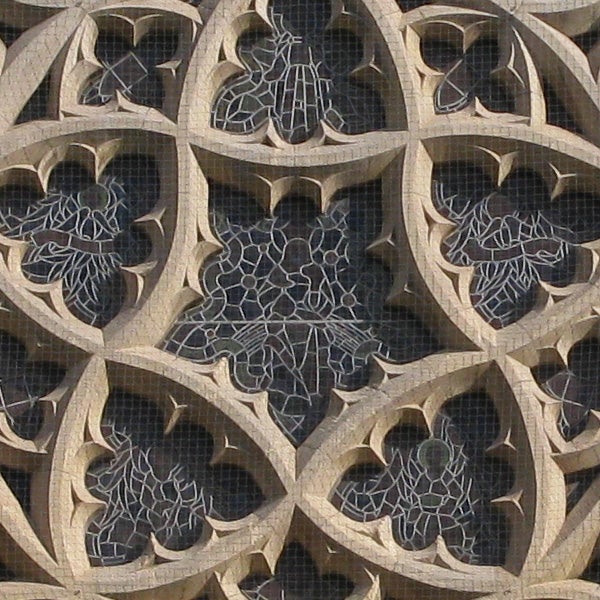 The level of fine detail in this shot is fantastic, one of the best I’ve seen from any compact. 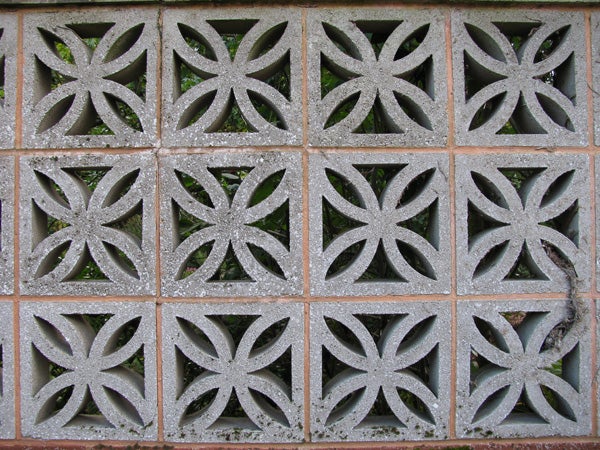 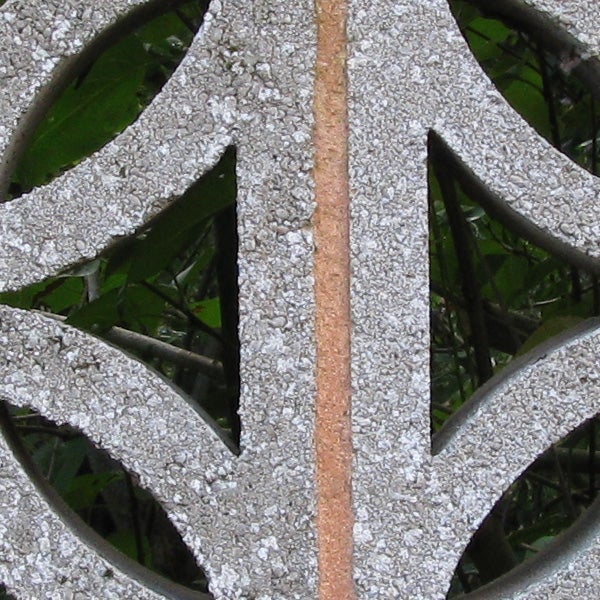 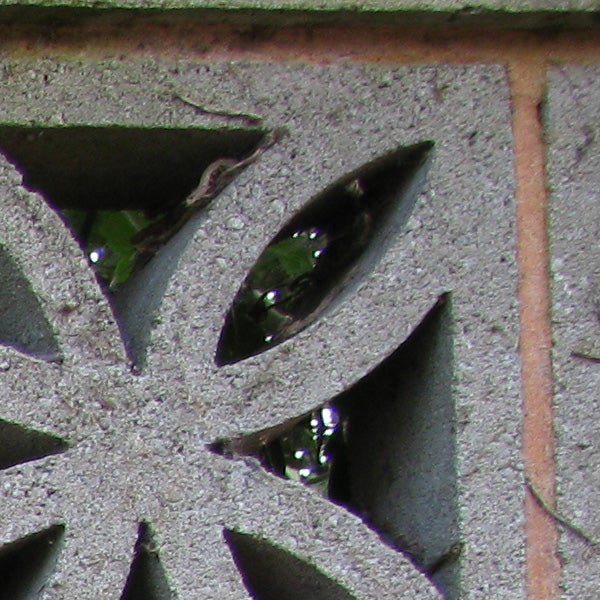 There is a little chromatic aberration in the corners of the frame, but sharpness is still pretty good. 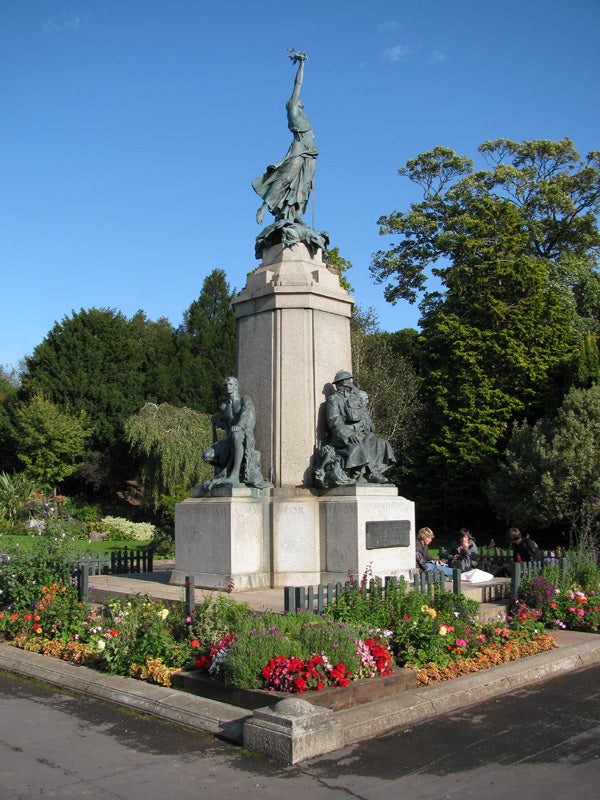 The wide end of the zoom range is equivalent to 36mm, not terribly wide when compared toe the 28mm wide end on the Panasonic TZ5. 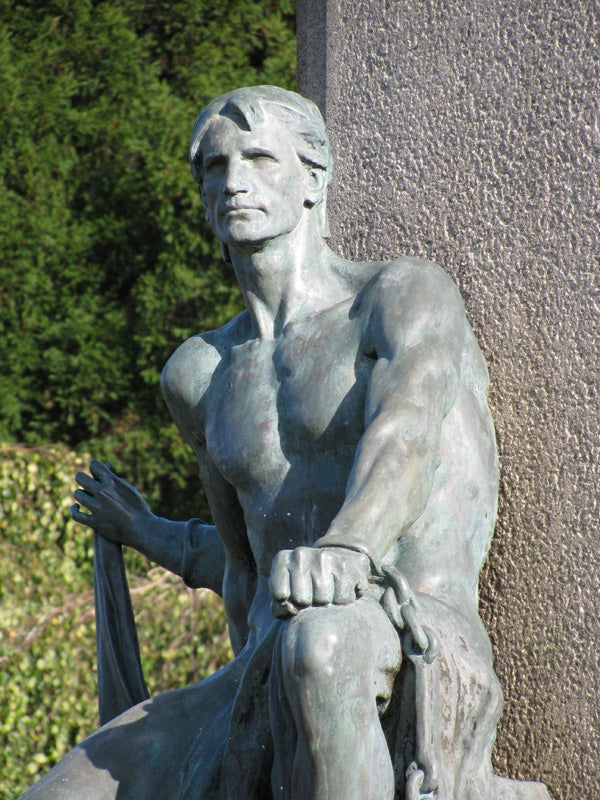 The telephoto end is equivalent to 360mm, great for zooming in on the details. 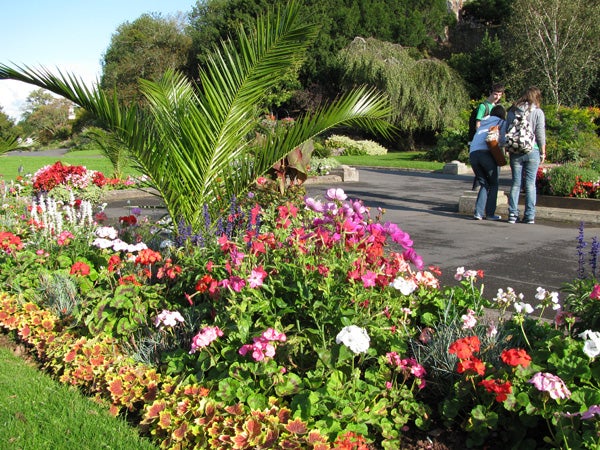 Colour reproduction is excellent, with plenty of detail even in the saturated areas. 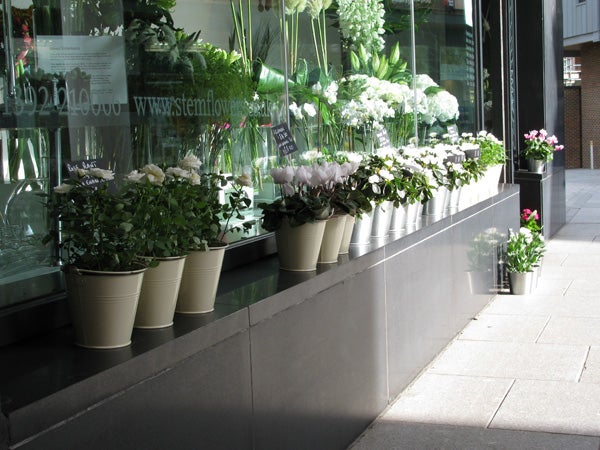