The PIXMA Pro range of medium-format colour inkjet printers from Canon is designed for the keen photography enthusiast or professional photographer, for whom A3+ images will be large enough. The PIXMA Pro9000 Mk II handles a wide range of media and uses an eight-ink print system, supplementing photo cyan and photo magenta inks with red and green. 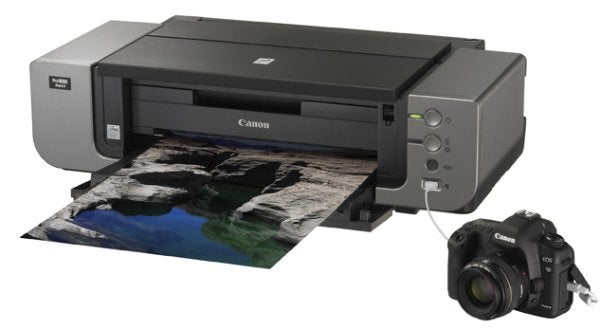 Since this printer can handle paper up to 13 inches wide and has to get its eight cartridges to either edge, it’s a wide machine, measuring 660mm across. It’s boxy looking and in some ways basic, as there’s no LCD display of any kind and no memory cards. We guess the rationale is that anybody buying this machine is going to be at least passing their images through Photoshop and printing only from a PC or Mac, once they’ve been tweaked.


This is also why there’s only a single USB socket on the printer, with no attempt to network the device. As a concession, there’s a PictBridge connection, so you can link in your camera and use the camera’s display to select and manipulate images before printing. 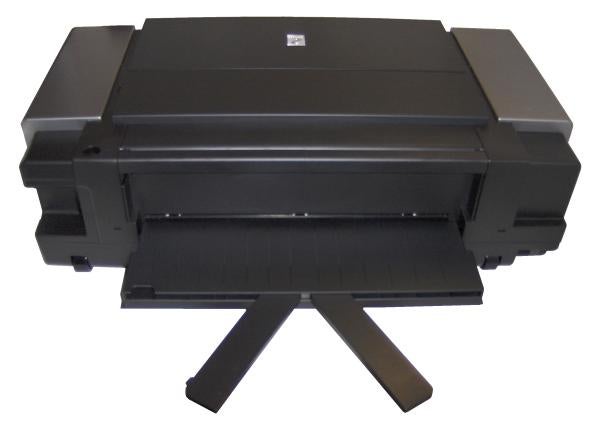 The rear paper tray folds up into a two-stage support for 150 sheets of 80g/sm paper, at sizes up to A3+. You can also feed single sheets of special or thick media up to 300g/sm from the front of the machine and there’s a fold-down tray at the rear, with a pair of spring-loaded butterfly arms, to provide a completely flat paper path. There’s also a CD/DVD carrier, complete with insert, so you can print directly onto conventional circular discs or credit card-sized mini-discs.


There’s a surprising amount of software supplied with the PIXMA Pro9000 Mk II, including a complete copy of Adobe Photoshop Elements 6 and Canon’s own Easy PhotoPrint Pro plug-in for all varieties of Photoshop, as well as a useful label-printing applet and a well-equipped driver. 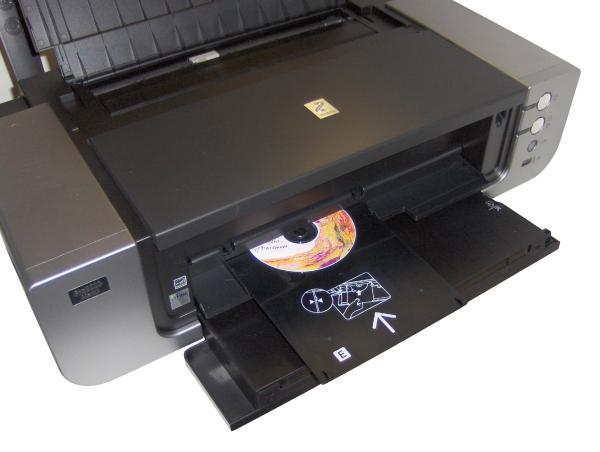 Easy PhotoPrint Pro contains an automatic adjustment for the type of light images will be viewed under. So, for example, if the principal lighting will be halogen, the software will use different colour compensation from what it will use if you specify fluorescents.

This printer is not designed for printing on plain paper so, although we ran are standard plain paper tests, we’re not going to get excited about the slow speeds recorded. Canon doesn’t even state plain-paper black or colour print speeds, so knowing that a five-page, A4 text print took 3:28, a speed of 1.44ppm, or that the five-page black text and colour graphics equivalent took 3:55, 1.28ppm, is fairly academic.


Much more interesting is that the machine produced a 15 x 10cm photo print in Standard mode in 42 seconds and in 1:14, when we switched to High quality. Mostly speeds are good, but they’re not particularly consistent, as the machine indulges in a fairly random amount of pump-action before starting to print; up to 22 seconds of it in the worst case we saw. 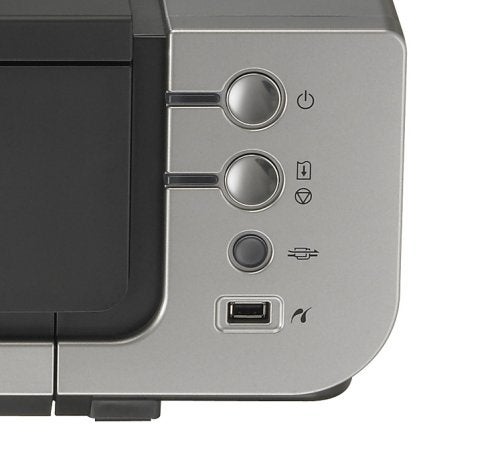 When we switched to printing A3 photos, the PIXMA Pro9000 Mk II really started to show its metal, with a full print in 1:53. To produce a high-quality A3 photo in less than two minutes is pretty impressive even though, in this market, speed is very secondary to print quality.


Speaking of which, the quality of prints we saw from the machine is generally very good, with smooth colour gradations and true colours almost without exception. You can see the difference between Standard and High quality modes, particularly in the detail resolved in shadowed areas, but in most other respects, for general printing, standard print mode should be fine.


All our test prints were produced on Canon’s Photo Paper Pro, but the company also supplied samples of its Pro Platinum glossy paper and a fine art paper called Photo Rag. A full A3 print on Pro Platinum gave very deep, rich colours, though we did note a hint of banding in the skies of some of our shots. A portrait image, printed on the Photo Rag paper, had a noticeable yellow cast, which was a slight disappointment, though this could be compensated for with a little work. We tested, as we always do, using default software settings.

Although there are eight colours in the cartridge set in this machine, which you might think would produce high running costs, the photo cyan, photo magenta, red and green inks are supplemental to the main CMYK set and are used only to tweak the colour gamut, so you should get a lot of prints out of the four of them.


Even so, we registered costs of 3.18p for an ISO black text page, 9.09p for an ISO colour page and around 20p for a 15 x 10cm photo. The first two costs are very reasonable for an inkjet machine though, surprisingly, 20p for a photo, even one with the richness of colour afforded by the extra inks, still looks pricey – there’s no paper cost in that figure.


The PIXMA Pro9000 Mk II is a good, photo-enthusiast’s A3+ printer. It’s easy to use, versatile in what it can do and produces good quality prints in remarkably short order. Having said that, we were expecting even better print quality than we saw, and you may have to work with the supplied software to get the best it’s capable of giving. The price is an SRP and we’d expect to see it drop by £100 to £150 once it gets out into the retail channel.