All-in-one machines are usually more expensive than their simple printing counterparts and it’s unusual to find one at under £50. Canon’s new PIXMA MP210 ”is” unusual, though, and offers all the copy and scanning advantages of its bigger siblings at a true budget price.


For a Japanese product, this Canon is surprisingly bulky, with a large grey and black case echoing the lacquer-box look of its immediate predecessors. A 100-sheet feed tray folds open and extends up at the back and an output tray folds down and pulls out from the front. There’s no secondary tray, as there is with the PIXMA MP610, and no option to print CD or DVD labels. It would be very surprising if either were included in a device at this price. 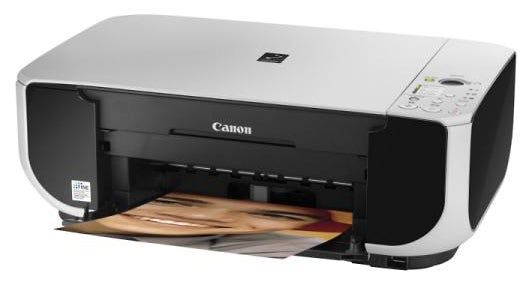 The control panel is also simple, with no colour LCD; in fact no LCD at all. In its place is a single, seven-segment green LED display that endeavours to produce a variety of messages by showing different combinations of segments as well as a single digit for the number of copies. At first glance it looks a bit like ”Predator’s” wristwatch in the Schwarzenegger film but once you’ve looked up what all the different signals mean it’s quite informative. There are eight other indicators and as many control buttons.


The scanner section includes what Canon calls a Z-lid, which lifts up front and back so you can place a book on the flatbed glass. While this works, it’s only good for slim volumes; books of poetry rather than Geoffrey Archer novels. At the back is a single USB 2.0 socket and one for a mains cable; even in this budget machine, there’s no separate power-supply brick. 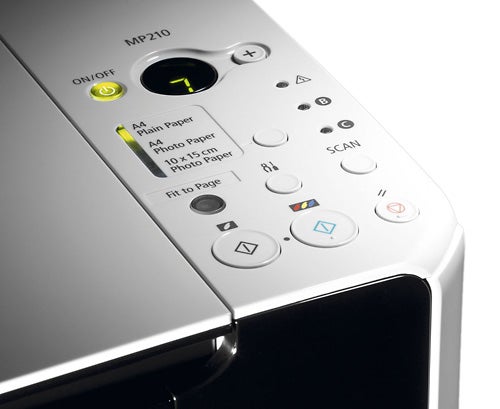 Lift the main scanner section and a mauve-ish strut drops down, like the bonnet support on an old MG, so you can get at the twin cartridge holders with both hands. The PIXMA MP210 uses a black cartridge and a tri-colour one and these slip in and clip upwards to lock into position. It can be a bit fiddly to get them properly located, but the Quick Start sheet provides reasonable diagrams.


The bundled software includes OmniPage SE for Optical Character Recognition and various Canon utilities that all install simply enough, though you can’t leave it to get on with the job as it keeps asking for confirmation and agreement to licences.


Canon has added a new feature called Auto Image Fix to its MP Navigator EX software, which applies unspecified fixes to images to ‘enhance’ them. It appeared to make little difference to the images we tried it on, but no doubt that was due to our Snowdon-esque quality of our photographs.

Canon has started quoting both normal and draft mode print speeds, which is a move towards transparency and one which other printer makers should copy. It quotes 14ppm for black pages and 9ppm for colour. Our five-page text test took 54 seconds to complete, though when the machine had to wake up from sleep mode, there was an extra 40 seconds worth of print cartridge rattling before it started.


The 54 second result translates to a real-world speed of 5.6ppm, less than half the quoted speed. The five page colour test took 1min 59secs, or a speed of 2.52ppm, less than a third of Canon’s claim. While we realise all manufacturers are in a cycle of hype on print speeds and Canon is no worse than others, you really need to treat all quoted print speeds with a sack of salt. 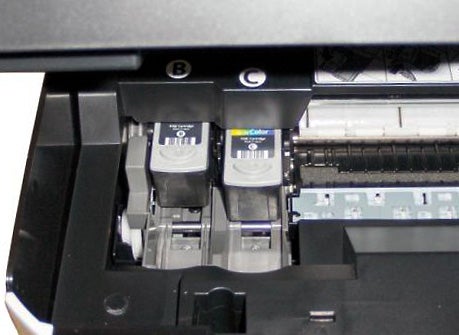 We’ve come to expect good print quality from Canon printers and the MP210, even though an entry-level device, doesn’t disappoint. Black text is sharp with no signs of ink spatter or spread. Graphic colours are also dense with little sign of stipple patterns and good registration of black text over colour. Copy quality is impressive with colours closer to the originals than we often see.


The photo test print was well reproduced with very smooth colour gradations but some loss of shadow detail. Although the PIXMA MP210 uses only a four-colour print engine, it’s more than good enough for general photo printing in the home.

Canon’s printer driver started to report low ink after 220 ISO pages and black and colour inks were out by the time 250 pages were printed. We test in a continuous print run, which is likely to give slightly better yield figures, so we’re happy to go with Canon’s figures in calculating page costs. Using the higher capacity PG-40 and CL-41 cartridges, you should pay 2.89p per black page and 6.09p per colour one. The black figure is on the high side, but not top of the tree, while the colour figure is lower than many of its competitors.


It’s easy to forget the PIXMA MP210 costs less than £50. It’s well-made and produces fine text, graphics and photo documents at reasonable cost. While it’s not as easy to use as an all-in-one with an LCD display and has no memory card slots for direct photo printing, these things may not be important to you. If not, you could do a lot worse than this well-designed machine. 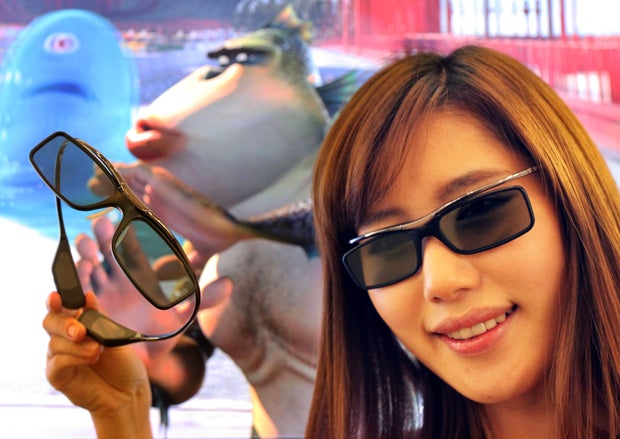