Canon’s PIXMA MG3250 printer sits slightly above entry-level and directly replaces the PIXMA MG3150. It bears a lot of similarity to the earlier, home all-in-one, with the most obvious difference being that this one has textured black side, back and front panels, where the previous model’s were high-gloss.

Elsewhere, a simple, A4 flatbed scanner sits to the right of a tall, thin control panel, with plenty of buttons and indicators to control the machine, but just a single, seven-segment LED display.

This is fine for selecting number of copies, but not much good for status feedback. Canon has tried to use it in a variety of ways, but the error codes it produces require constant reference to the manual to interpret. A single-line, mono LCD would be far preferable. 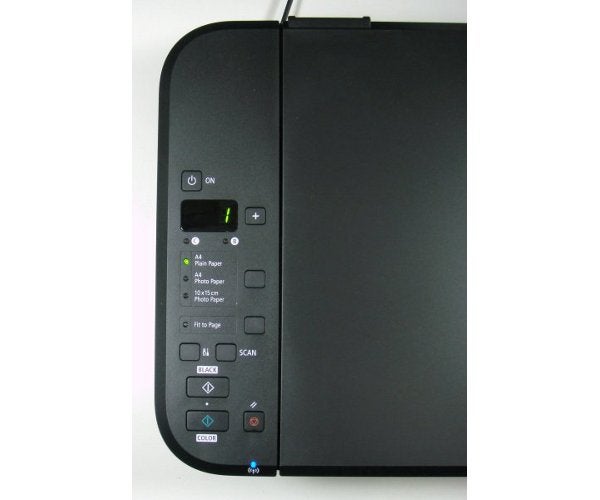 The front cover clicks open to reveal what Canon refers to as a ‘Fast Front’. Quite what’s fast about it isn’t obvious, but the two, fold-down trays work between them to feed and collect paper as the machine prints. When folded down, they virtually double its depth.

There are no front panel memory card slots or a USB socket, though the printer does support USB and wireless connections. If you intend to print from a phone or tablet, wireless is the obvious way to go.

The twin ink cartridges slide into two holders behind an internal cover, once you’ve folded down the Fast Front. One is black and the other tri-colour. This makes the printer easy to service, but could make it a bit more costly to run. 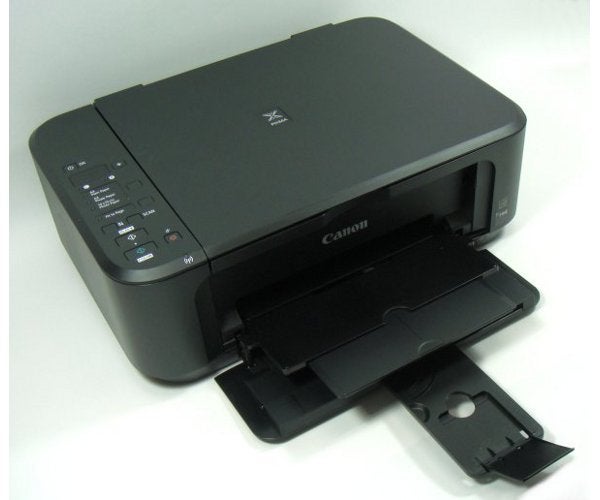 The software bundle has been updated, with handy applets like the reversed-L shaped ‘Quick Menu’, and the small panel that is ‘Image Display’. There’s also ‘My Image Garden’, for sorting photos and ‘Creative Park Premium’ for downloading photos and illustrations from professional artists – a feature only available to users of genuine Canon inks.

One of the things you need to do with the Canon PIXMA MG3250, as with most printers, is to align the printheads. If you do this from Windows Printer Properties, the alignment sheet that’s printed is different from either of those shown in the manual – so there are no instructions on how to use it.

The Canon PIXMA MG3250 is rated at the same speeds of 9.2ppm for black and 5.0ppm for colour as the MG3150, but under test, it wasn’t as quick as the spec or the earlier machine. On the 5-page test, it gave 7.0ppm, against 7.1ppm. OK, not a big difference, but the draft mode test returned 6.5ppm, to the earlier machine’s 8.1ppm. We repeated the draft mode test, as it’s unusual to see a lower result than in normal mode, but it came through the same.

The 20-page test was faster on both machines, though again the MG3250 gave 6.6ppm to the MG3150’s 7.5ppm. The 5-page black text and colour graphics test results were 1.65ppm and 1.75ppm, respectively. Both machines pause for around 12s half-way through each page print, presumably for ink drying, so the quoted speed has to be for a single-page print. 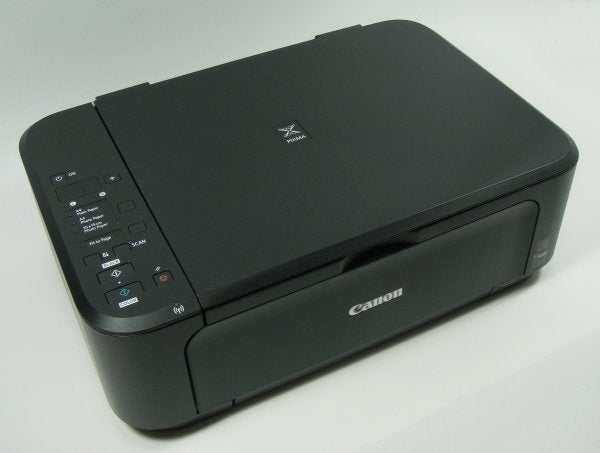 When it comes to duplex, both machines produced a very slow 1.9 sides per minute, but copying a colour page saw the new machine beat the old, completing in 31s, rather than 45s. 15 x 10cm photos took between 56s and 1:39, with the shorter time coming, surprisingly, via an Android link from a Samsung Galaxy Mini.

Print quality for single-sided black text is very clean and densely black, but in duplex mode, it’s much paler, looking as if it’s a composite of the cyan, magenta and yellow dye-based inks or a draft mode print.

Colour graphics are bright and clean and black text over colour is reasonably sharp. A copy reproduces the original’s colours closely and photo prints are well balanced and natural. 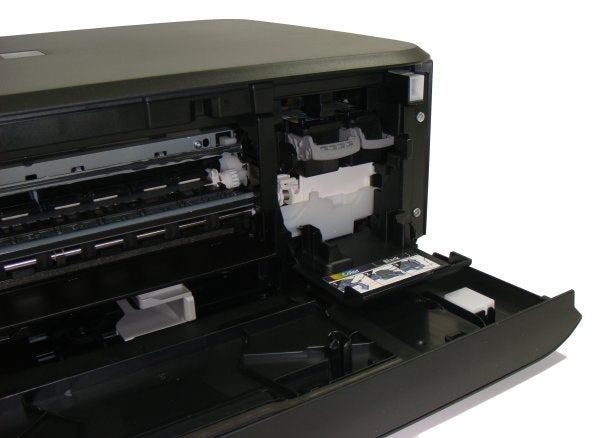 Canon ink prices have dropped a little recently and using the XL inks, rather than the regular yield ones, gives page costs of 3.7p for black and 7.9p for colour. These are fair, though not the best we’ve seen, and could turn out more costly, if your colour use is atypical.

Verdict
While it’s still a good value, all-in-one home printer, the Canon PIXMA MG3250 printer is no better than its predecessor and from our tests, it prints more slowly. The display is only really good for counting copies and the Fast Front may be quick to set up, but gives the printer a big footprint.