The entry-level inkjet market offers some bargain machines which can handle the basics of print, copy and scan for very little outlay. For instance today’s candidate, the Canon PIXMA MG2150, goes up against devices like the https://www.trustedreviews.com/HP-Deskjet-1050_Printer_review HP Deskjet 1050, priced at only £30. Can the £42 Canon machine hack it?

The PIXMA MG2150 looks like many others of Canon’s rounded black boxes, though with simpler lines and, thankfully, none of the high-gloss black. On the down side, several of the plastic panels, like the scanner lid and the front panel, feel flimsy, though they still perform their functions. 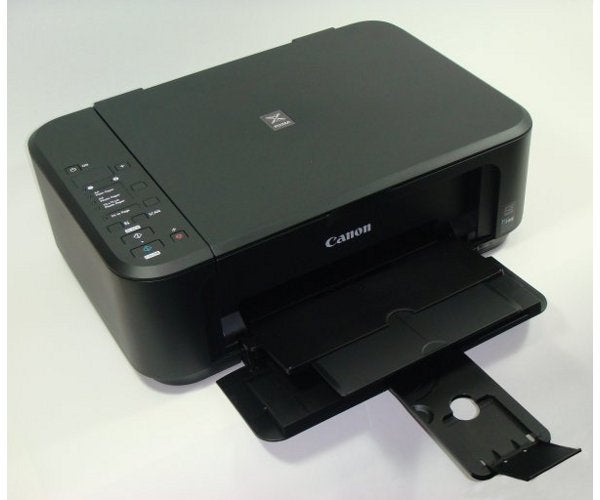 To the left of the flatbed scanner is a simple control panel with nine buttons, six LEDs and a seven-segment display. Canon has contrived to get a lot more than numbers out of the 128 possible combinations of the seven-segment display. The company uses it to code lots of status info, though you need to refer to the look-up table in the manual to decipher it. 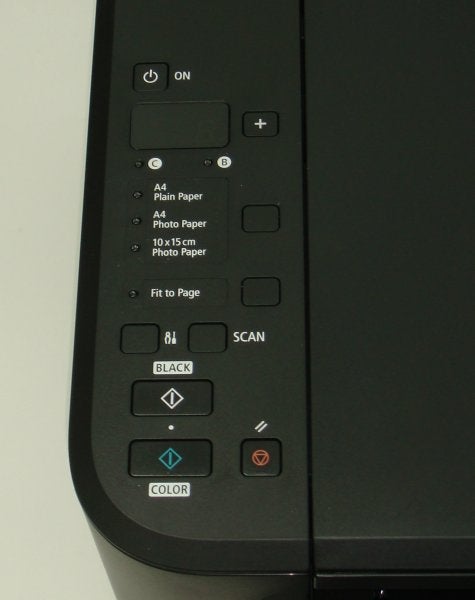 There’s a single paper feed, a tray made from the folded down front cover. Inside, though, there’s a second fold-down, telescopic tray, which looks very neat until you realise there’s a swing-out extension with a paper stop in the feed tray, which has to be used to stop printed pages falling off the output tray – all a bit convoluted.

Canon heralds its ink cartridge installation as ‘FastFront’, claiming paper and cartridges can be loaded from the front of the machine. This is true, but it’s debatable whether it’s easier to fold down the front panel and the internal cover and lift a retaining bar on each cartridge holder, than to drop cartridges into place, as you did on earlier models. We suspect the redesign is actually to reduce manufacturing costs. 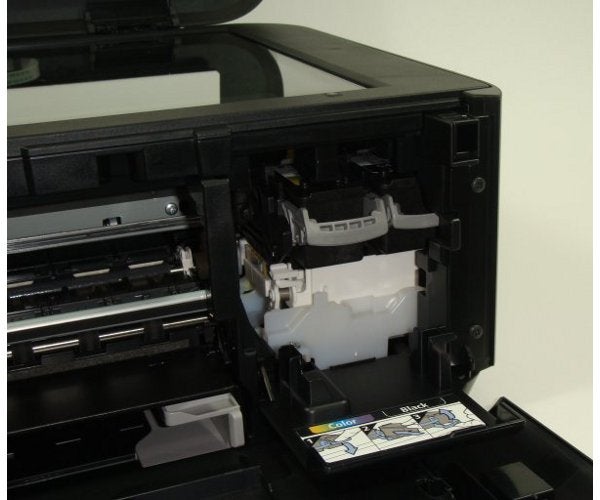 There’s only a USB socket at the back – no wireless support on such an inexpensive printer – but the software support, all from Canon, includes a couple of extras, in the form of Full HD Movie print, which enables you to print HD stills, and Creative Park, which offers downloads of templates for cards and other craft projects.

Canon’s performance specs for the PIXMA MG2150 are modest and therefore more likely to be truthful. It claims black text speeds of up to 8.4ppm and under test we saw 6.8ppm on our 5-page text document, rising to 6.9ppm on the 20-page one. These are close to claims and fair speeds for what is a budget machine. Colour speeds aren’t so promising.

Printing our 5-page black text and colour graphic page produced just 1.7ppm, against a spec of 4.8ppm. This was mainly due to a series of pauses during printing, when the printer appeared to be doing nothing. We repeated the test, to check it wasn’t an aberration, and saw an identical time. We expect pauses in duplex print to allow for ink drying, but they are unusual in single-sided print.

The machine also sometimes performed housekeeping tasks amounting to 30s or more before starting printing. It was only fair at copying, too, taking 45s for a single colour page copy. A 15 x 10cm photo printed at best quality on Canon Platinum Pro paper took 1:37. This is no speed merchant.

Print quality is very good for an inexpensive printer, with dense, sharp black text and faithful colours. There’s a little bit of fuzz around emboldened headings, but nothing to get too worried about and the fast, draft mode is very serviceable. Photos are as good as any you’ll see from a printer under £100, with natural colours and sharp images.

There are only two cartridges in this machine; one black and the other tri-colour, but they are available in two capacities, with the high yield parts offering 600 and 400 pages, respectively. At the best prices we could find, this gives a black page cost of 3.9p and a colour one of 8.5p. 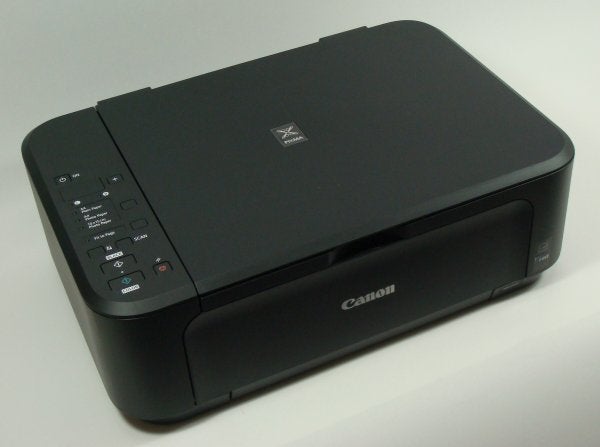 These are good costs for a budget machine; manufacturers often boost consumable prices to recoup low selling prices. Both black and colour are lower than from the https://www.trustedreviews.com/HP-Deskjet-1050_Printer_review HP Deskjet 1050, for example.

”’Verdict”’
This is a good, budget all-in-one, which is easy to use and maintain, though it’s paper feed system doesn’t show Canon’s normal design flair. Black speed is good and printed output is as good as from more expensive machines, but there are too many pauses in colour jobs. At least long term running costs are low, given the asking price, and worth balancing off against printers with a lower initial price tag.