Inkjet printers which can handle paper up to A3 (13” x 19”) are still thin on the ground. Following Canon’s labelling scheme, the PIXMA iX range is for business printers, where the PIXMA iPs are photographic. The PIXMA iX6850 is a straightforward, but fast, wide platen printer for well under £200. 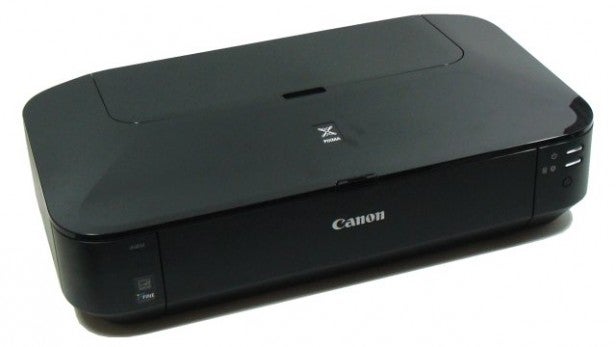 Closed, the PIXMA iX6850 looks like most Canon inkjet printers, though wider. It’s high-gloss top is still a fingerprint magnet and its slightly domed top still suggests some kind of Japanese lacquered box.

There are three push-buttons at the right hand end of the front panel, for power, paper feed and wireless setup. Two of them are illuminated with white LEDs and the other with a blue one. There are no memory card slots nor a USB socket, though this is understandable for a printer with no LCD display to use for selection. 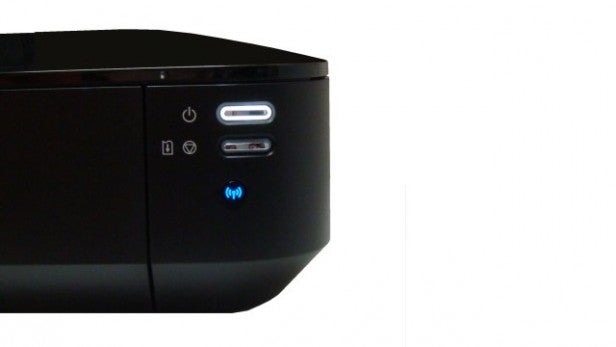 When opening the printer for work, its desktop footprint increases dramatically. A panel in the top cover flips up and two extending sections telescope out from its top edge. Similarly, a section of the front panel folds down and behind this a three-section telescopic output tray with a fold-over end pulls out, more than doubling the footprint.

Lift the top of the printer up and the five ink cartridges slide into view. There are four dye-based photo inks: cyan, magenta, yellow and black, and a pigmented black for plain paper print. All clip into position, with red LEDs to show when they’re properly seated and to flash when ink is low.

Software bundled with the Canon PIXMA iX6850 includes Easy Web-Print, useful for capturing the whole of a Web site for print and My Image Garden, which is a fairly basic image editor. For separate download, there’s also Easy-PhotoPrint for Android and iOS, so you can print wirelessly from mobile devices. When we tried this with a Samsung Galaxy SIII smartphone, it searched for the printer and connected without a problem.