There are several features of the Pixma iP5200R which make it an interesting colour printer for general office or photo printing needs. Although it has only four ink colours, it comes as standard with both dye-based and pigmented black inks, so when you’re printing black text you get the increased permanence of black pigments and when printing colour graphics or photos, you get extra depth from dye-based black.


The printer can also handle duplex (double-sided) printing as standard and you can print on coated CDs or DVDs, using the separate disc-holder, supplied with the machine. 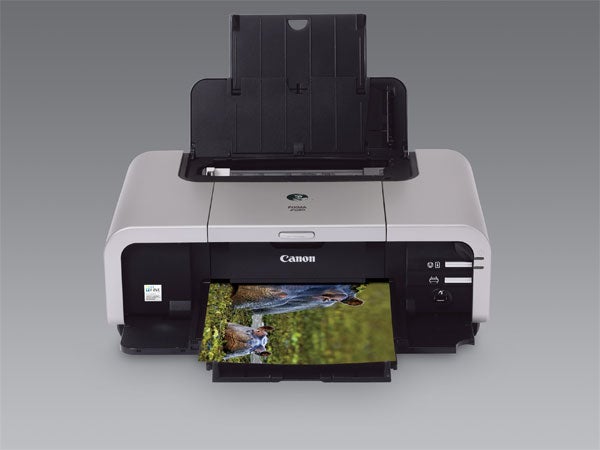 As a final incentive, the ‘R’ suffix implies wireless networking (no, we’re not sure why ‘R’ for ‘Wi-Fi’, either). This printer can be connected via USB 2.0, network cable or via a Wi-Fi link to one or more printers, all of which can address the printer independently.


This is a substantial machine for an ink-jet printer and uses a solid-looking, silver-coloured, wraparound top cover to add to this apparent weight. The front cover folds down to reveal a telescopic output tray which slides out to take paper fed from an angled tray at the rear. This folds down onto the top surface of the iP5200R, out of the way, when the printer’s not in use. At the base of the printer is a secondary tray, which be used for letter heads, photo paper or other special media.


We’re not finished yet, though, as a secondary front panel above the paper exit rollers folds down to take a CD or DVD carrier, so you can print on coated discs. The carrier supports both 120mm and 63mm discs.


To the right of the output tray in the front panel are two buttons to control paper feed and input from paper tray or disc carrier, indicator lights and a PictBridge socket for connecting digital cameras. Two further indicators in the rim of the case show power and fault conditions. At the rear are a mains socket and separate connections for a USB 2 link and an Ethernet cable 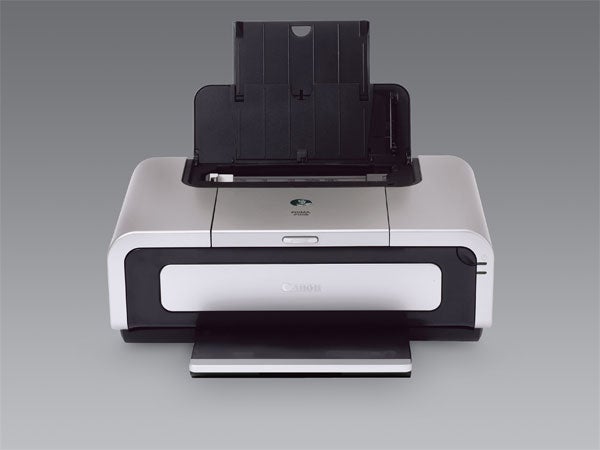 
Setting the Pixma iP5200R up physically and in software terms is a little more complicated than usual, because of the extra facilities offered by the printer. Having clipped the head into place, you clip each of the five ink tanks into the head carrier and small red leds show when the tanks are properly inserted.


You can install the software drivers for a USB connection or for a network one and once you have installed the printer to one machine, it’s easy to add the drivers to extra machines on either type of network.


There’s a good range of Canon-originated software supplied with the iP5200R for printing photos, printing from the Web and printing on CDs/DVDs.


The black text head has a wide print swathe, resulting in a fast page rate of nearly 10 pages per minute. That’s a measured 10ppm, too, not too far off the 15ppm Canon claims for a standard (ie not draft) page. This rate is not maintained if you try and print a duplex document, though, when the pauses between printing the first side and second side give you a rate of only around 2ppm.


Colour prints take around 40 seconds, against Canon’s claims of 36 seconds, so are again quite nippy. We measured prints using both the USB 2.0 connection and a wireless 802.11g link and there was little difference in most print tests, though, unaccountably, the 6 x 4-inch print we used took nearly twice as long over the wireless connection. 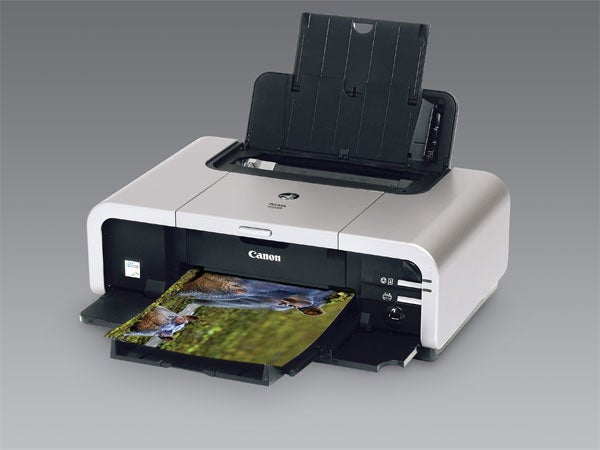 Print quality is good on both black text and photo documents, though by default our test photo prints came out a little darker than we expected and were slightly heavy on red. Pages on plain paper felt damper than from some of the printer’s competitors.


The ink level icons in the status screen are small and not very accurate, staying at the same levels for long periods and then suddenly jumping down. The first low ink warning, though, is pretty accurate to Canon’s claims and the overall page yields for both black and colour inks were very good and slightly better than claimed, which is always a good sign. 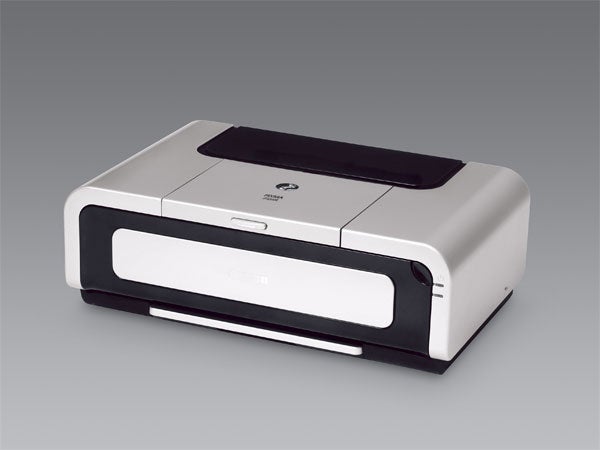 Page costs came out at just under 4p for a five per cent black text page and just under 50p for a 20 per cent colour page. The text page cost is good and very similar to its main competitors, but the colour cost is rather higher, mainly because Canon’s glossy photo paper is quite expensive – we couldn’t find it for less than 40p per A4 sheet. In comparison, HP’s glossy photo paper can be found at around 22p, if you know where to shop.


This is a versatile printer, offering fast black text and high quality, four-colour photos in a machine which can handle CDs and DVDs, can print (slowly) on both sides of the paper and can be addressed across a wired or wireless network. For £150 all in, that’s not a bad feature set and this would be an ideal inkjet for a home or small office.