Stashed on my hard drive I have an interesting graph which shows the relative market shares of the main manufacturers of digital compact cameras between Summer 2007 and Summer 2008. Up until about this time last year Canon was the clear market leader, but since then the number one position has changed hands no less than four times, with Panasonic, Samsung and Sony all claiming market leadership at one point or another. According to the most recent figures Panasonic is in the lead followed closely by Samsung, with Canon trailing in third place. 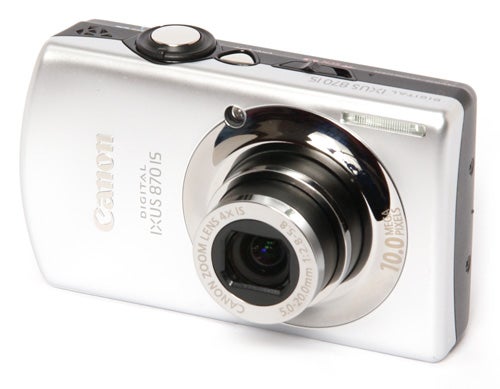 Naturally Canon isn’t going to take that sort of thing lying down, and has unveiled over the past few months its Autumn/Winter camera range, including some very strong models with which Canon no doubt hopes to claw back some of that vital market share. Among them is this, the new Digital IXUS 870 IS, a slim and stylish 10.0-megapixel, 4x zoom ultra-compact with optical image stabilisation and a 28mm wide-angle lens. It succeeds the popular IXUS 860 IS which we reviewed about this time last year. 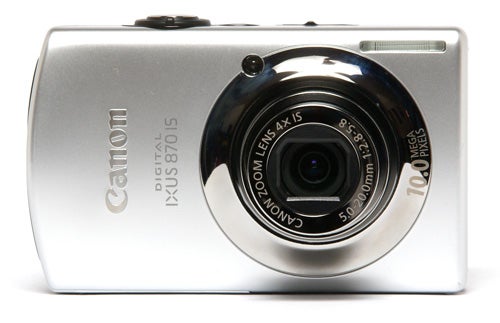 Straight out of the box the 870 IS is an impressive little camera. It has a sleek and classy half-metal, half-plastic body, finished in a combination of matt black and semi-matt silver with chrome details, although it is also available in gold. It is a very compact camera, measuring 93.8 x 56.8 x 23.6mm, which is slightly longer but slimmer and less tall than the 860 IS. It is quite heavy for its size though, weighing approximately 180g including battery and memory card. As a result the camera feels very solidly made and expensive.

One thing you can rely on with Canon cameras is the quality of the components and the way they’re put together. Build quality is simply superb, and everything works quickly and smoothly. Of particular note is the LCD monitor, which is one of the best I’ve seen on a compact camera. It measures three inches diagonally with a resolution of 230k dots, and is superbly bright and sharp, but it is the viewing angle that really impresses. It can be viewed from almost any angle; if you can see the screen, you can see what’s on it. This is great for shots where you have to hold the camera at an unusual angle, such as shooting over crowds. 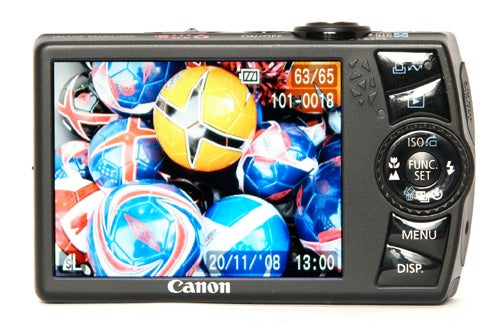 Turning to the control layout, the designer has gone for a motif of triangles and zig-zags. The control buttons on the back of the camera are large, but are arranged in a single curved strip down the right edge of the body. Unfortunately this leaves very little room to grip the camera, and despite the slight flaring of the right end of the front panel, the camera is quite hard to hold securely without accidentally pressing buttons with your thumb. Mode selection is via a rotating ring around the D-pad, and this too is very easy to jog while shooting. Some other recent Canon ultra-compacts have had issues with ergonomics. It’s all very well making a camera look distinctive and interesting, but this should not be at the expense of usability. Canon could take a few lessons from Samsung and Panasonic in this department. 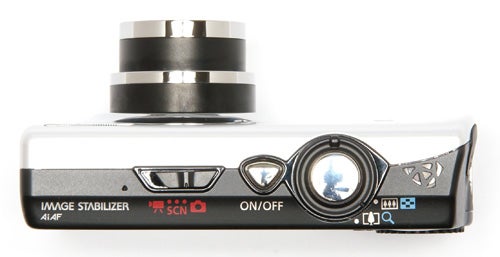 The 870 IS is a relatively straightforward point-and-shoot camera, and as such it isn’t overburdened with features, but those it does have work well. It has Canon’s impressive optical image stabilisation system, which is as good as ever, as well as an effective face detection system. This is used in the 870’s one unusual feature, the Face Self-timer function. This is a clever and genuinely useful feature for social photography. Usually if you want to include yourself in a group shot, you have to set the self timer then quickly run around and join in the group, giving you just a couple of seconds to compose yourself and smile for the shot. The Face Self-timer mode detects the faces of your group, and then waits until it detects that a new face is added. It waits a further two seconds and then takes three shots in a row. It’s simple, ingenious and works well.

The 870’s overall performance meets Canon’s usual high standard. It has an impressively fast start-up time of just over one second, and a shot-to-shot time of 1.8 seconds, while in continuous mode it can manage a shot every 0.7 seconds without any buffering problems. The autofocus system is exceptionally fast and accurate, and low light performance is also impressive, focusing quickly and reliable in any lighting conditions including total darkness thanks to a good AF assist lamp. The flash is a little underpowered however, and doesn’t really fill the frame at wide angle, leaving the corners looking a bit dark. Canon claims a wide-angle flash range of 4.2m, but this is a bit optimistic. The flash is well metered though, and doesn’t overpower close-range subjects. 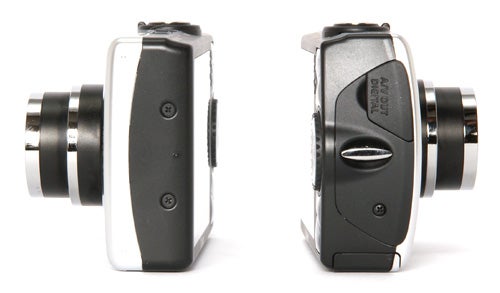 You can usually rely on Canon cameras to produce very good picture quality, and the 870 IS is no exception. The level of detail is superb for a 10MP camera, and the relatively low compression at the highest quality setting ensures that none of it is lost. The lens also performs superbly, with excellent centre sharpness and only a tiny amount of blurring and chromatic aberration in the corners of the frame. Wide-angle barrel distortion is kept to an absolute minimum, but this is most likely aided by distortion correction during processing.


Colour reproduction and white balance are excellent, although dynamic range is a bit limited. The iContrast feature, which is supposed to enhance high-contrast shots, really only helps with shadow details and does little to prevent blown-out highlights in awkward lighting conditions. 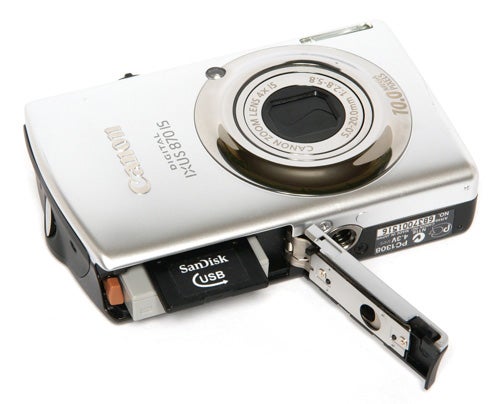 Image noise handling is another Canon strong point, and the 870 IS produces excellent results. Shots at 80-200ISO are largely noise-free, and the noise reduction at 400 and 800 ISO produces a pleasant effect that resembles film grain. It has maximum ISO setting of 1600, rather than the useless 3200 ISO features on many of its rivals, and shots at this setting may be a little noisy but are quite printable.

The Canon IXUS 870 IS is a superbly well made and very attractive luxury ultra-compact with excellent performance, a useful zoom range, an outstandingly good LCD monitor and superb image quality. It’s a little light on features, but the ones that it does have are useful and work well. The only downsides are its slightly awkward handling, an underpowered flash and the relatively high price. 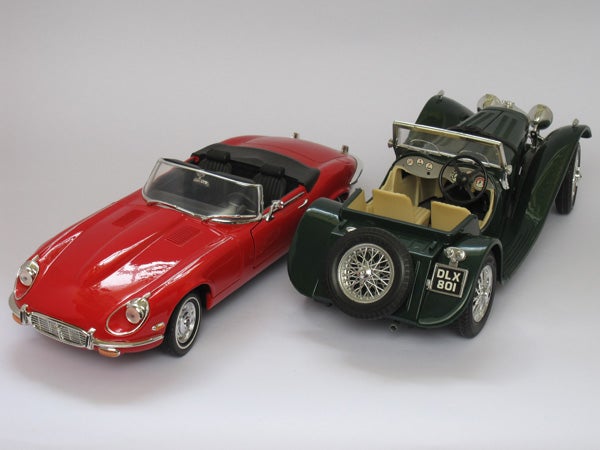 This is the full frame ar 80 ISO 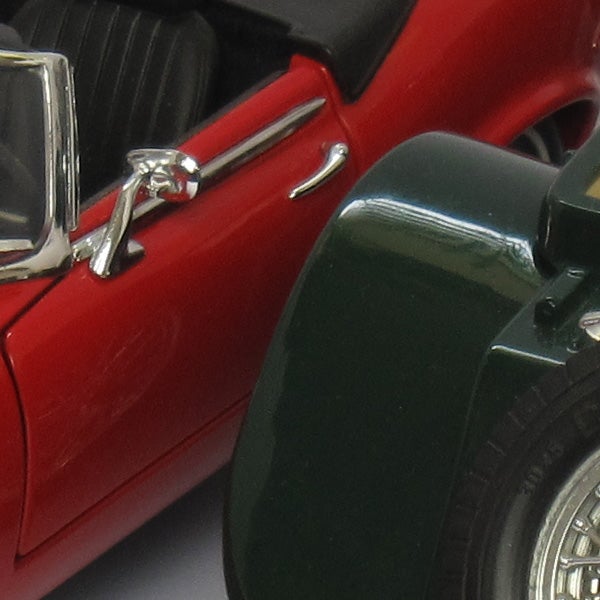 At the minimum ISO setting the image quality is superb, with no visible noise. 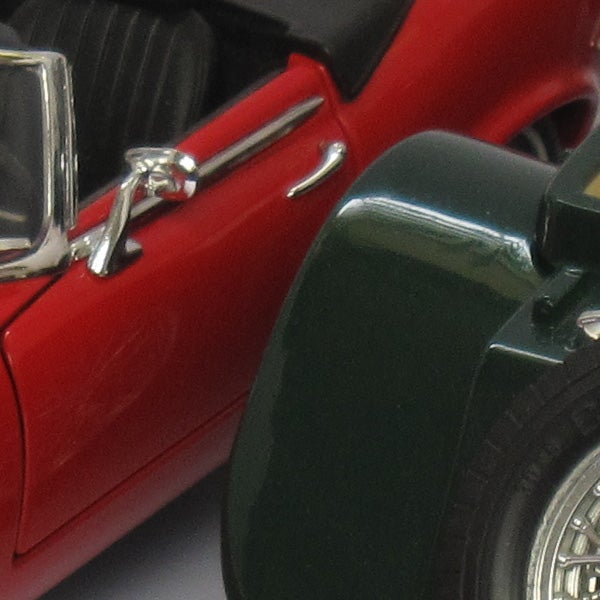 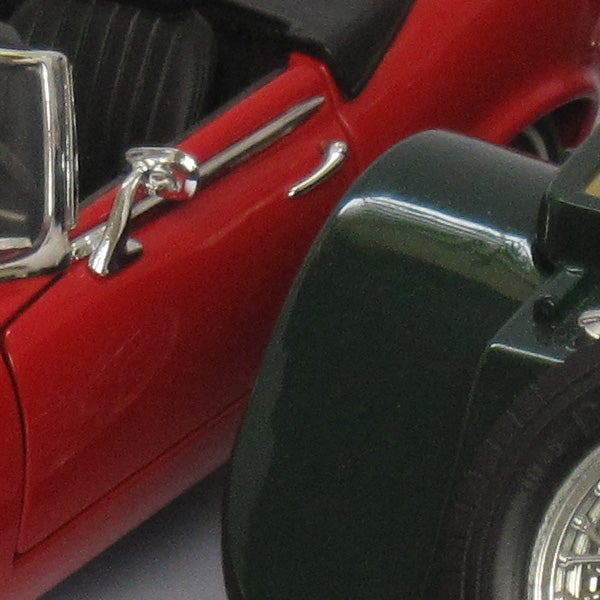 There is some noise visible at 200 ISO, but it is smooth and unobtrusive. 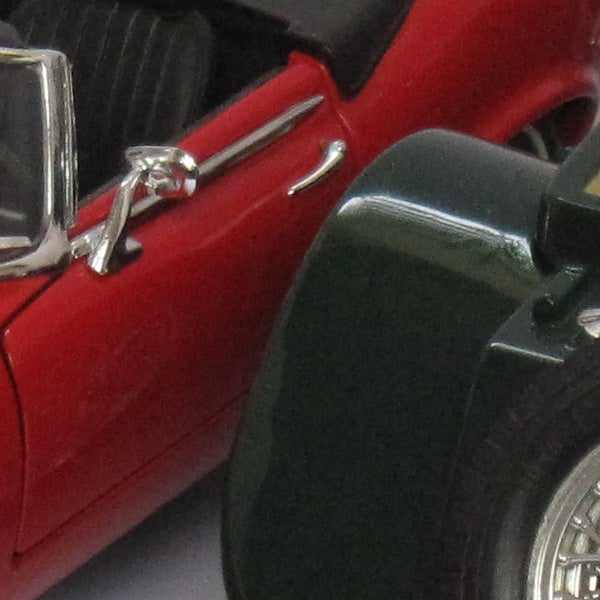 Colour saturation has faded a bit at 400 ISO, the the noise is more visible, but there is still plenty of fine detail. 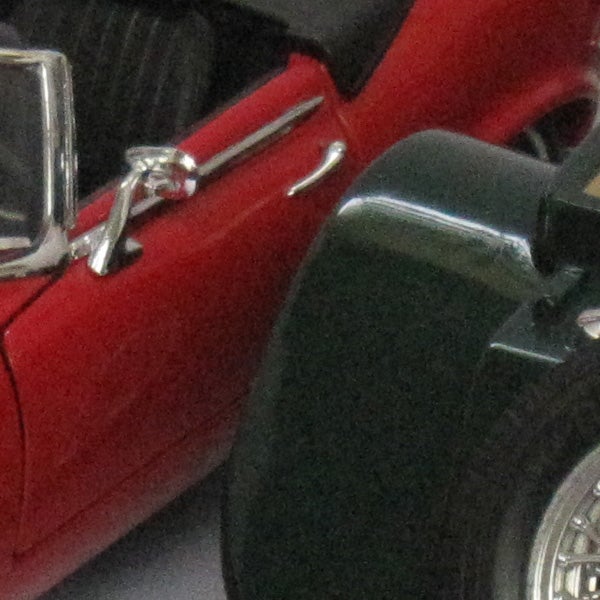 At 800 ISO the noise is worse, but the picture is still quite usable. You can make out the lettering on the spare tyre, which is a good sign. 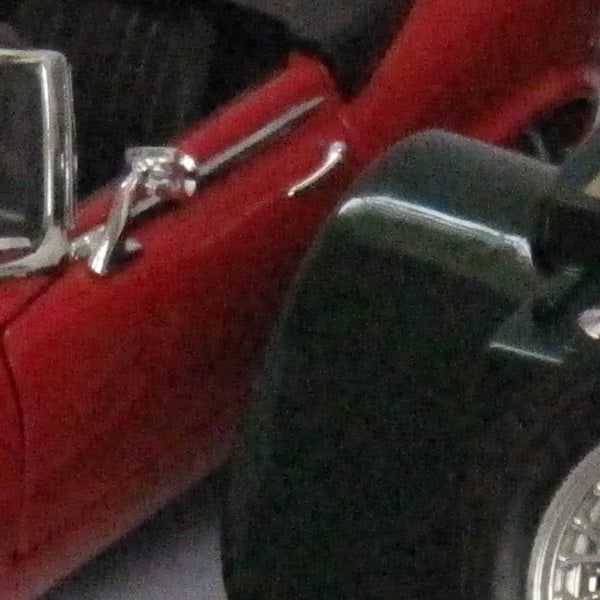 Image quality suffers at the maximum 1600 ISO, but it would still be OK for a small print. 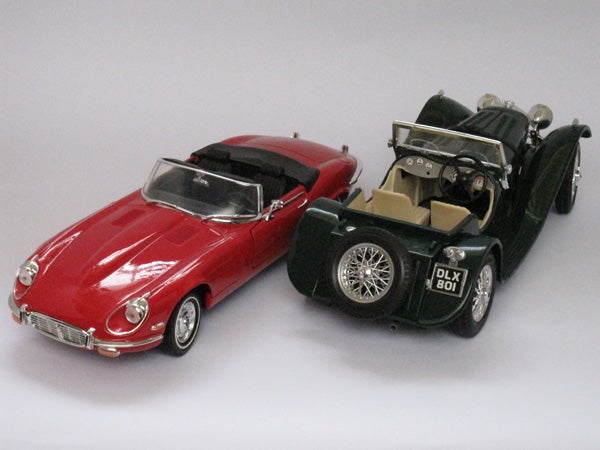 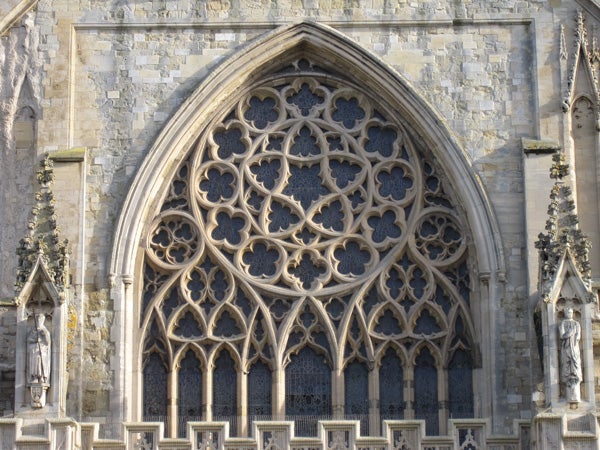 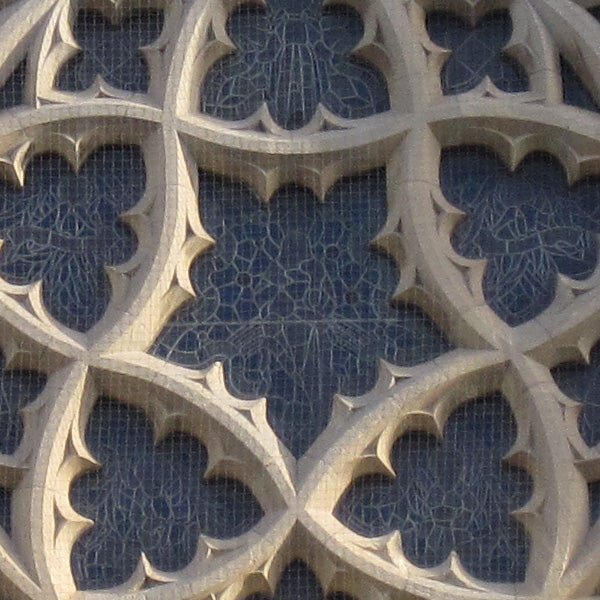 The level of detail is very good, with low compression and good contrast. 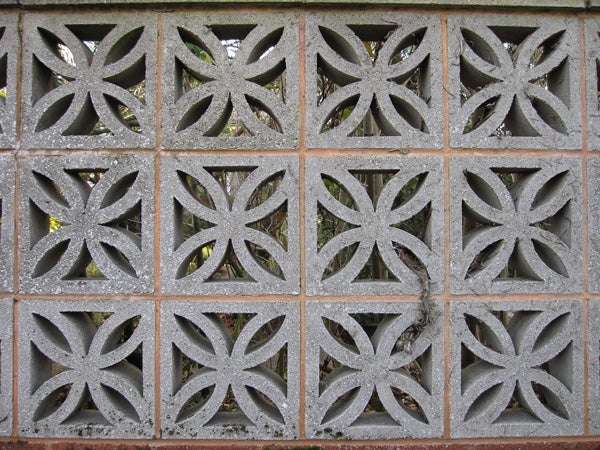 There is almost no barrel distortion at wide angle, although some of this may be due to image processing. 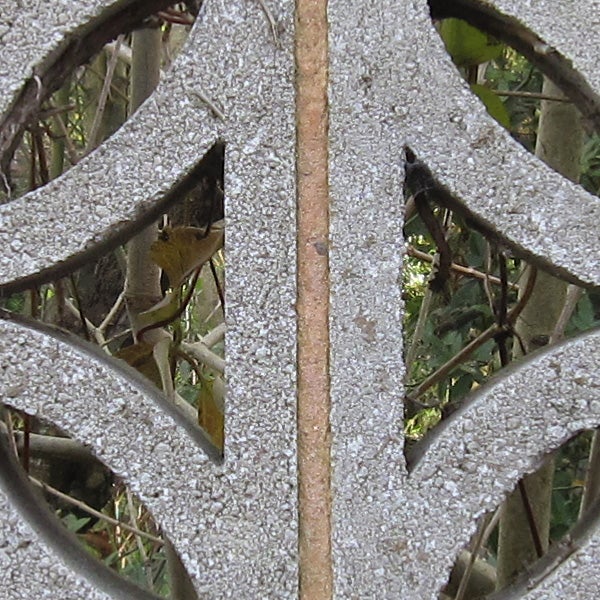 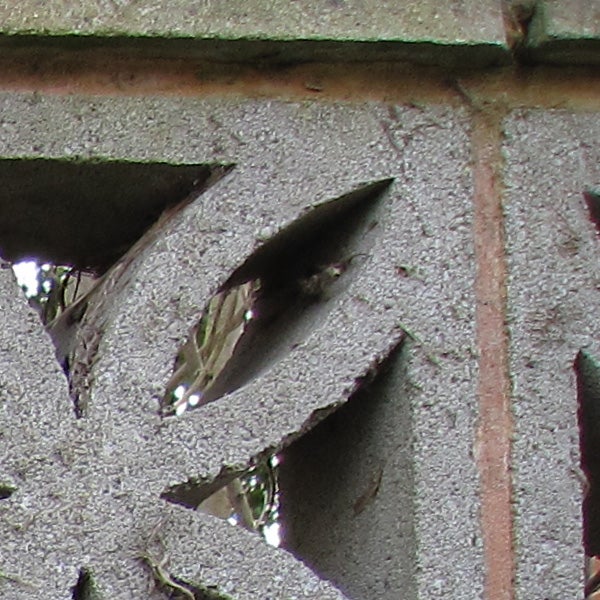 Corner sharpness is also very good, although there is some chromatica aberration. 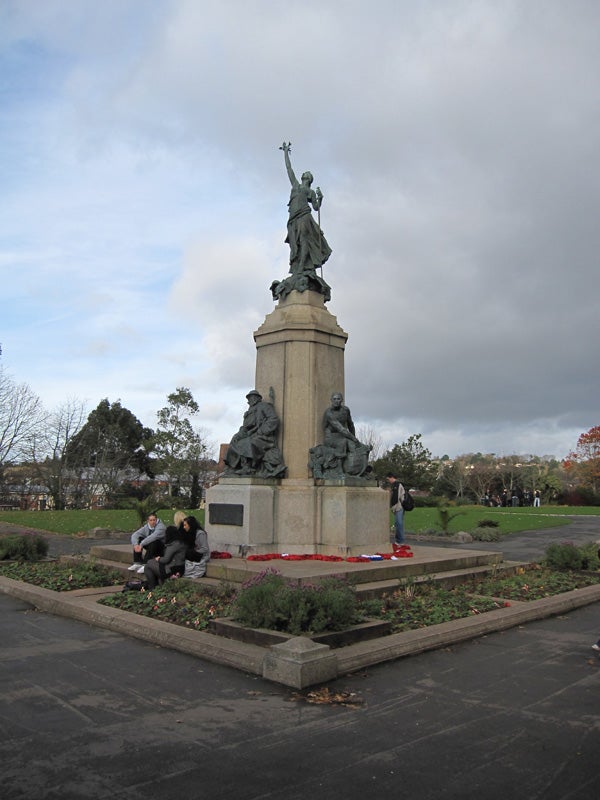 The 28mm wide-angle is good for large groups or panoramic landscapes. 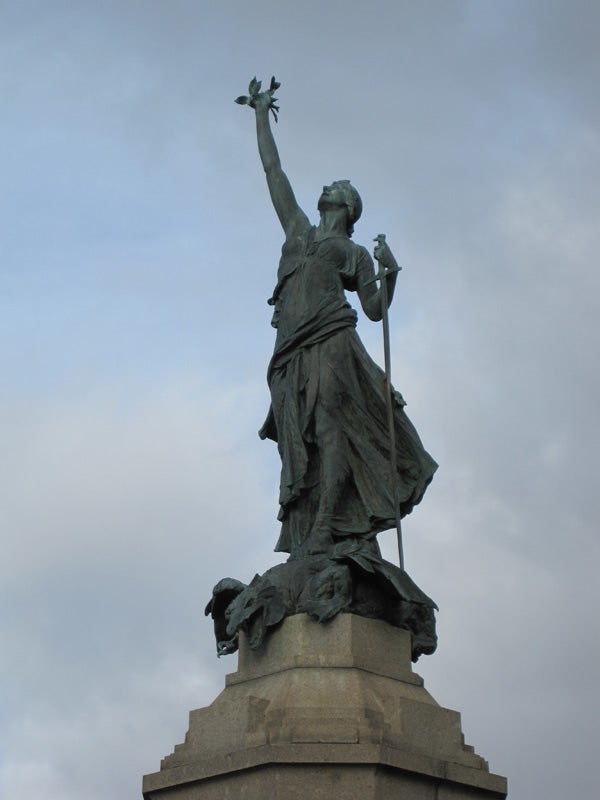 The 105mm telephoto end is about average for an ultra-compact camera. 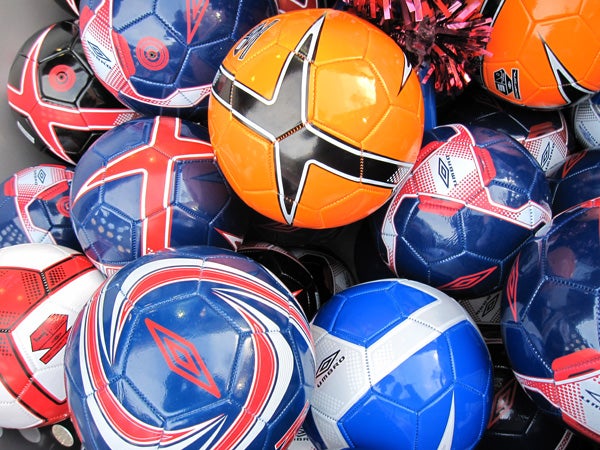 Colour reproduction is smooth and natural.

With the iContrast function turned off shadows are murky and highlights are burned out.

Turning on the iContrast helps with the shadow detail but doesn’t do much for the highlights.