Canon’s iSENSYS LBP6230dw is a large personal or small desktop laser printer, aimed at a single owner or a small workgroup. It has duplex print as standard and can connect via USN, Ethernet or wireless.

The ice-white case has a black top, with a false rim sitting above it as a style feature. The output paper support pulls out from this, with a flip-over paper stop, and the lid itself folds up to give access to the combination drum and toner cartridge, which slides deep into the heart of the machine.

The control panel, three lights and two buttons on its top surface, is marked only with icons, so is not that intuitive. A pulldown cover on the front turns into the paper feed tray, which can take up to 250 sheets. Inside this cover is a second, cantilevered, semi-transparent cover, which pulls down over the tray. This is a really neat solution to having a printer with a very small footprint, but still providing protection for the paper when it’s loaded up. There’s a single-sheet feed on top of the tray cover, too. 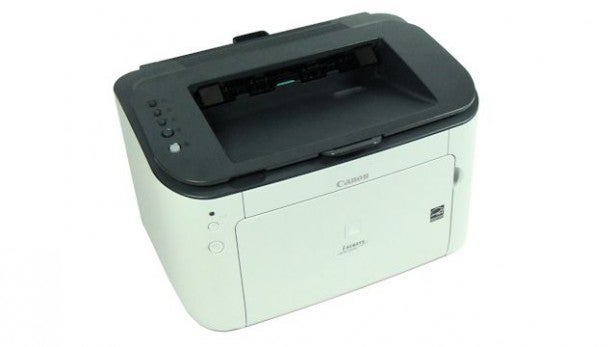 At the back are sockets for USB 2.0 and 10/100 Ethernet connections and the printer can also be used wirelessly. To make a wireless connection is a simple, two-button procedure if your router supports WPS setup. Press buttons on the router and on the front of the printer and the connection is made without the need to enter a pass code.

Once a wireless connection has been established, the iSENSYS LBP6230dw can accept input from a PC, Mac or from an Android device using Canon’s own mobile print app.

The single-piece drum and toner cartridge is only available in one capacity, of 2100 pages, which is a shame as a high yield variant would bring the overall cost per page down.

Supplied software is basic, though the driver is adequate, providing useful presets for regularly used printing tasks. There’s no draft print mode that we could find, though. 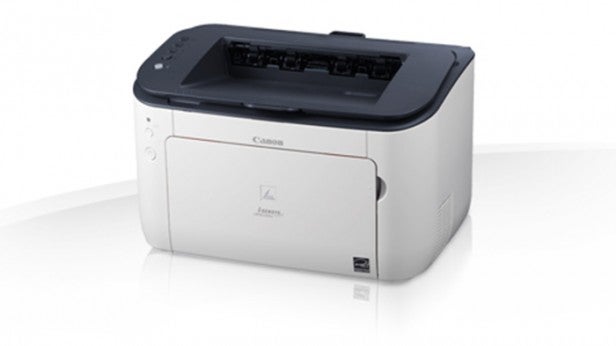 Canon rates the iSENSYS
LBP6230dw at 25ppm though, as usual, this speed makes no allowance for
processing time and only measures the physical paper throughput. Even
so, and partly due to the printer’s fast first page out, we saw a
maximum speed of 20.3ppm on our long, 20-page document, which isn’t far
off the claim.

The more typical five-page document came through at
14.3ppm and this was the speed for the text and graphics test, too.
These are still good speeds for a reasonably budget laser such as this.
It’s quite impressive that the 20-side duplex document gave 13.2 sides
per minute, not much slower than the single-sided, five-page tests.

A
15 x 10cm photo on A4 from a PC completed in 8s and a full page A4
photo print from a Samsung Galaxy S3 Android phone took only marginally
longer at 10s. 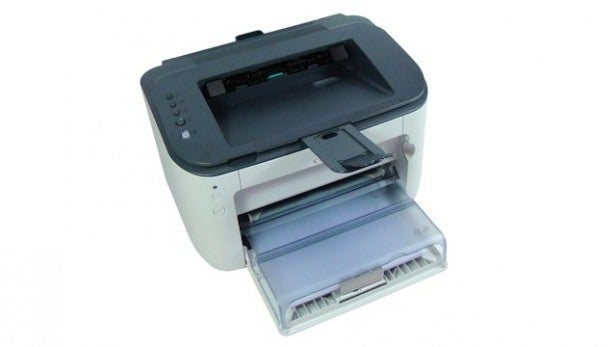 We’ve
come to expect print from Canon lasers to be excellent and weren’t
disappointed here. Text from the default 600dpi print engine is crisp
and sharp, with dense bold headings and no signs of toner spatter.

Greyscale
fills are smooth with no blotchiness, though several shades of colour
in our original reproduced as very similar shades of grey. Reversed text
is clear and unbroken and greyscales and photos are better than many
we’ve seen from machines in this price bracket. Better than average
detail is available in shadowed areas of prints.

Using the best
cartridge price we could find, the cost per page comes out at 3.0p,
including 0.7p for paper. This is reasonable, while not being the best
in its field. 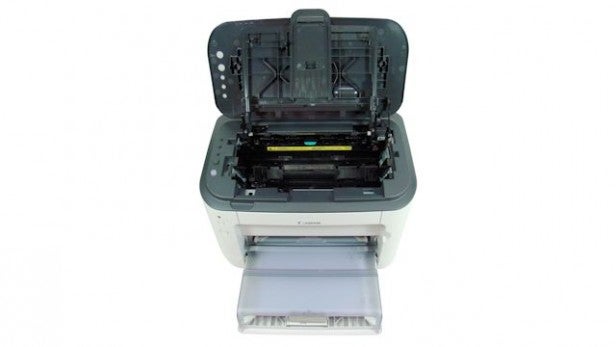 There
really are very few reasons not to consider this printer if you’re
going for a small mono laser, though models from Brother, HP and Samsung
should also be in the running.

The Canon iSENSYS
LBP6230dw is a very well-thought-through mono laser printer, which
should serve as a personal or small group device with little problem. We
like its paper tray cover and the ease of wireless setup in particular.
While not that cheap to run, it’s on a par with its main competitors.

Next
Print Speeds and Costs Review