Speed is one of the prime differentiators between mono laser printers, particularly when you’re considering price. Anything above 20ppm normally attracts a premium and when you get to 30ppm you’re normally looking at a purchase price of several hundred pounds. Canon’s i-SENSYS LBP6650dn might break this mould, though, as it’s available for well under £200 and, at least on paper, breaks the 30ppm barrier. 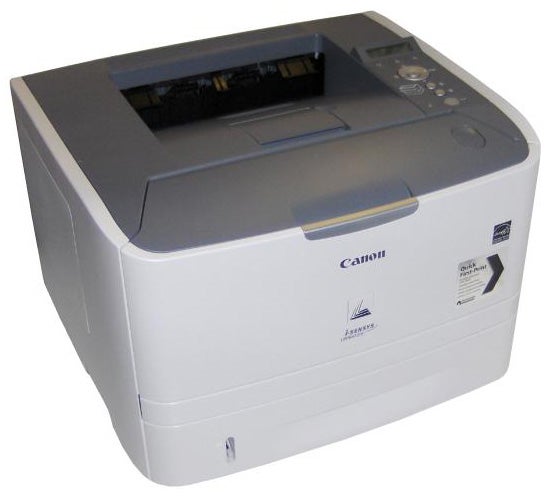 This is a neatly styled and unimposing laser printer, which can be positioned on the desk without hogging the whole desktop, or sat on a separate stand, if you want to share it easily among several people.


The flat top of the machine supports a reasonable control panel, with a four-way navigation ring and three separate buttons, including direct selection of the three possible paper sources. There’s a black-on-white, backlit, 16-character LCD cocked up at an angle behind these, so it’s easily readable. 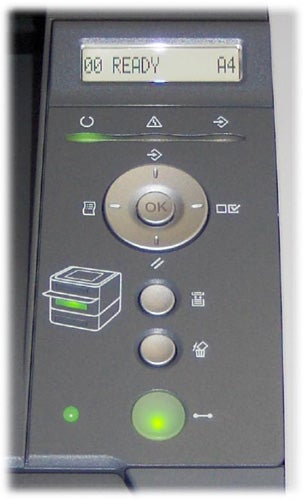 The three paper sources are a 500-sheet main tray, a 50-sheet, fold-down, multi-purpose tray above this and an optional, second 250-sheet one which can sit underneath. This is about what you’d expect for a workgroup printer. 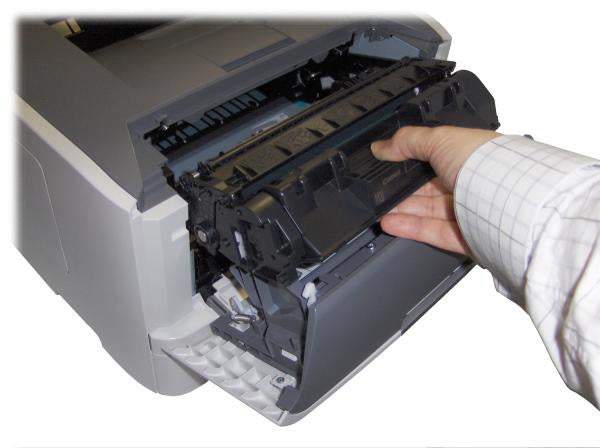 At the back are sockets for USB and Ethernet, the two data connections provided on the printer, and the power switch is at the bottom front of the right-hand side panel, making it convenient to use.


Physical setup is very easy, as Canon provides a single, integrated drum and toner cartridge, which slots in from the front, once you’ve dropped down the front panel. Software includes a Canon native driver and one for PCL 5/6, and supports both Windows and OS X, though there’s no mention of drivers for Linux.

If you read these reviews regularly, you’ll know we have a constant battle with printer spec sheets over speed. It’s a sort of ‘You say 30ppm, we say 6ppm if you’re lucky’ kind of thing. In the case of the i-SENSYS LBP6650dn, though, we have to eat our words.


Canon claims 33ppm for the machine and our five-page text print took just 14 seconds, giving a speed of 21.4ppm. On the 20-page text, this increased to 29.3ppm, so with a longer document we could easily see this machine exceeding 30ppm, which is close enough. It’s very unusual to see a printer in this price bracket hit this kind of speed. 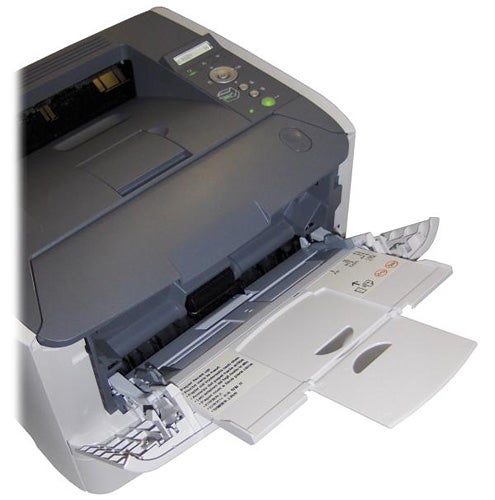 Not only this, the company’s claim of a quick first print time is matched in practice, with very little processing time apparent. This means that even when the printer is asleep and taking very little power – Canon quotes between 6W and 10W, depending on the level of sleep – it can wake and start printing very quickly.


Duplex print, which is standard on the machine, is about half as fast as single-sided, and we measured 15.6 sides per minute on our 20-side/10-page text test. Our five-page text and graphics print was as fast as the straight text document and a 15 x 10cm photo on an A4 sheet took eight seconds.


The quality of the prints is as good as we have come to expect from Canon printers. Text is dense and without spatter and, even at small point sizes, there’s no sign of any jaggedness from the 600dpi print engine. 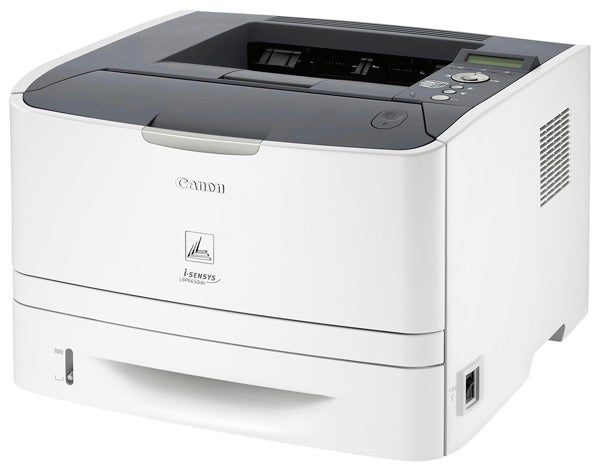 Greyscale graphics are OK, though fills look a little blotchy and irregular and dither patterns are quite noticeable. This shows up in photo images, too, though shadowed areas of those pictures still show some detail, which is more than many mono lasers can manage.


Sound levels are quite high when the printer starts up and feeds paper, with peaks of 67dBA. It would probably not be good to put the printer on the end of the desk, if you need to take phone calls regularly.


The drum and toner cartridge is available in two capacities: 2,100 pages and 6,400 pages. The high-yield consumable offers the best economy, giving a cost of 2.7p per page. While this isn’t the best figure we’ve seen – the Samsung ML-3471ND offers 1.96p, for instance – it competes well with most mono laser printers costing under £200.


While we’ve never quite seen the value the printer industry puts on out-and-out speed, particularly on a machine which isn’t going to be used anything like continuously, we can appreciate the value of getting even a moderately sized print job out quickly. Canon’s i-SENSYS LBP6650dn certainly does that and produces good print at reasonable cost into the bargain. It’s duplex facilities can save you money on paper and bundling this all into a package costing around £176, makes the machine very good value. For high-end single use or small workgroups, it should be on your shortlist.