Canon has the camcorder market by the scruff of its neck at the moment. The HF10 and HF100 set the benchmark for AVCHD models in 2008, and still remain two of the best camcorders currently available. But the company isn’t resting on its laurels. With Panasonic’s HDC-SD100 and HS100 trumping the Canons for user control, and JVC’s Everio GZ-HD40 coming close on image quality, there’s no time to stand still in video. So Canon has already upped the ante. The HF11, HG20 and HG21 hit the market just six months after the HF10 and HF100. This week, we take a look at the HG20.


In Canon’s world, H stands for high definition and G stands for hard disk (with F referring to flash memory and V to HDV tape). So the HG20 records HD video to hard disk, in this case a 60GB drive. Other than that, many of its specifications are similar to the HF10. It uses Canon’s current generation 1/3.2in CMOS, which has a gross 3.31-megapixels, and the same 12x Canon HD lens. 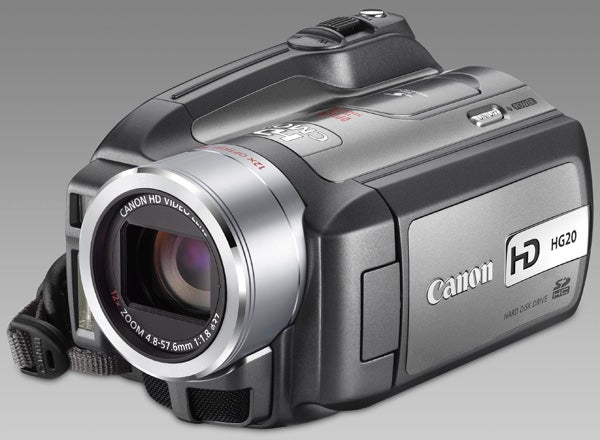 Of course, the HG20 is a little larger than the HF10, to accommodate the hard disk. Its measurements are around 10mm greater in each direction, and it weighs 85g more. But it’s still a nicely compact bit of kit. 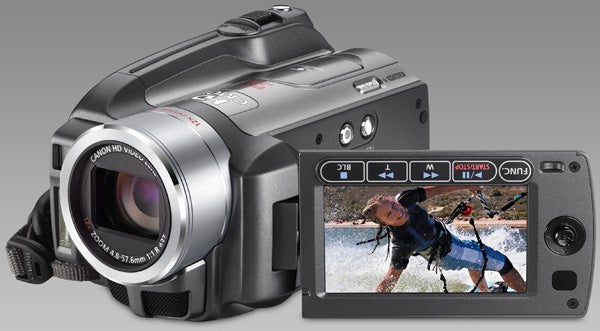 The big news is that Canon is now offering the option to record AVCHD at 24Mbits/sec. This is the top data rate available for the format, using the H.264 High-Profile Level 4.1 standard. No other manufacturers currently support a data rate this high in their consumer models, using a 17Mbits/sec maximum instead. Considering that the HF10 and 100 are still holding onto their crown for image quality, the higher data rate of the HG20 promises to go even better. 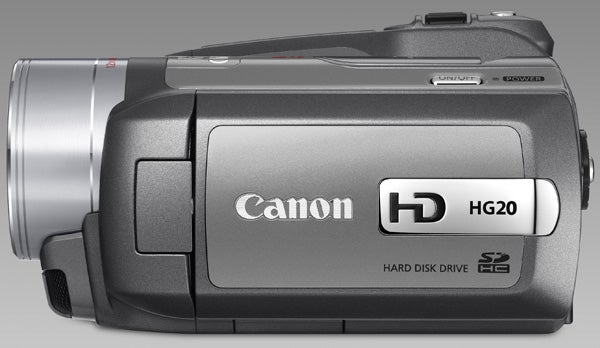 There are five different quality modes to choose from. The top two use the Full HD resolution of 1,920 x 1,080, whilst the other three drop to anamorphic 1,440 x 1,080. Data rates range from the aforementioned 24Mbits/sec down to 5Mbits/sec. Even at maximum quality, the 60GB disk is enough for over five hours of footage, and there’s an SDHC slot available for yet more storage expansion.

All the features which made the HF10 and 100 so popular here at TrustedReviews are still to be found on the HG20. Minijacks for microphone and headphone are built in, and there is an impressive level of easily accessible manual control available. Switching out of Easy, which configures everything for you, there are five different manual shooting modes available. The basic Program AE offers just brightness configuration, but there are also aperture and shutter priority modes to choose from. These enable you to set the iris between F1.8 and F8, and shutter from ½ to 1/2000th respectively. You can then use the brightness slider to provide quasi-independent control over the setting you haven’t configured directly.

The HG20 also offers Cinema mode, which sets the gamma curve for a more film-like look, with greater mid-tone detail. Unfortunately, you can’t use this in tandem with the priority modes. The fifth option is to choose a scene preset, with Portrait, Sports, Night, Snow, Beach, Sunset, Spotlight and Fireworks options to choose from. Progressive shooting mode is available, too. This uses the 25PF system, where the progressive frame is stored in an interlaced signal, allowing devices and editing software only compatible with 1080i to get the full benefit. Canon also provides Image Effects, from which you can choose Vivid and Neutral modes that boost or reduce saturation compared to the default. There’s a Low Sharpening setting, plus Soft Skin. Best of all, the Custom setting lets you adjust Colour Depth, Brightness, Contrast and Sharpening independently by plus or minus one increment. 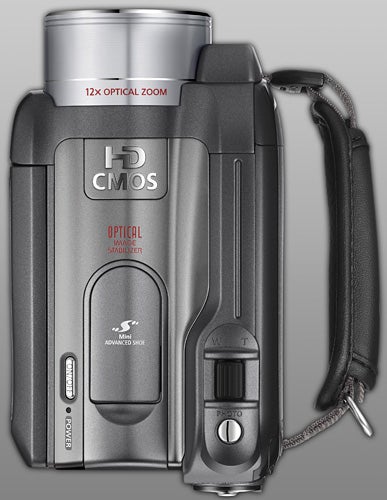 One of the only downsides of the HF10 and 100 is also replicated on the HG20, unfortunately – the proprietary “S” Mini Advanced accessory shoe. This won’t support standard third-party attachments, instead forcing you to use Canon’s own peripherals. The HG20 also lacks a lens ring – hardly an uncommon omission, considering Panasonic’s HDC-SD100 and HS100 are the only consumer AVCHD models currently offering this control mechanism. So manual focusing relies on the joystick. This is aided by a Focus Assist system, which temporarily zooms in the LCD view by a factor of two during focusing. Once finished, the LCD goes back to showing the full frame. But even with this aid, manual focusing is a little fiddly.

Canon’s top AVCHD models already lead the market for image quality, so the HG20’s higher data rate should only make things better. Colour fidelity in optimal conditions is not noticeably different from the HF10 or HF100 – in other words bright and vibrant, with the usual heavy saturation found in consumer camcorders (this can of course be tamed with the Neutral Image Effect). However, detail appeared slightly finer, thanks to the less aggressive compression. 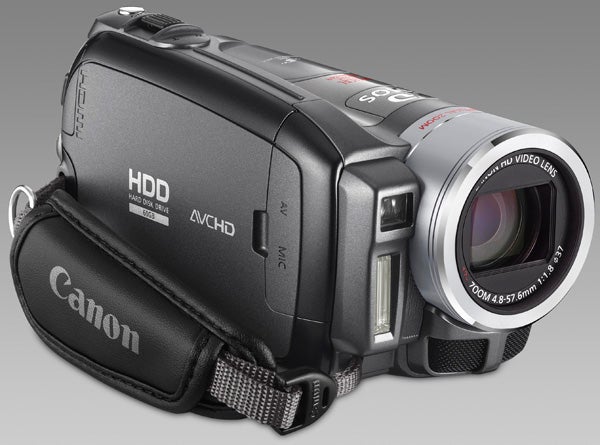 Low light performance was the biggest revelation with Canon’s 2008 AVCHD models, however, and the HG20 continues that tradition. Even in quite poor illumination, the HG20 will still pick up quite realistic colour, even if there is a fair amount of noise evident. The image remains sharp, too, which makes this grain bearable. Performance in low light improves even further if you engage 25PF mode, because this allows the shutter to drop to 1/25th without any negative effects on resolution. The result is a brighter image, and there will be few lighting conditions you will encounter where the HG20 fails to pick up usable video. However, the higher data rate isn’t so obviously beneficial in lower light.

The HG20 incorporates USB 2.0 to pull the footage off onto a computer. Despite the higher data rate, the footage still proved to be compatible with every AVCHD-capable editing app we tried – including the latest Adobe Premiere Elements 7. There are plenty of options for watching footage on a TV. An HDMI port is available, but of the mini variety, so an adapter will be required for attaching your HDTV. Alternatively, there’s a proprietary socket for a component analogue breakout cable. And the headphone jack doubles as an AV output (switchable in the menu). 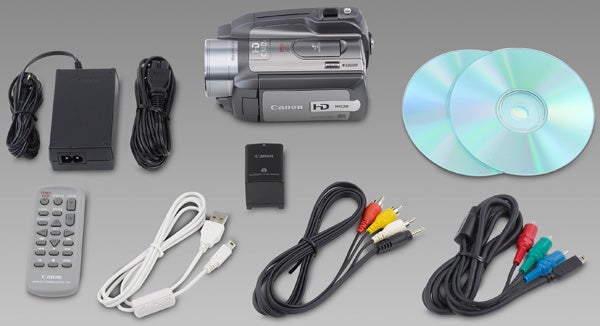 
Yet again, Canon has proven that it currently bestrides the camcorder market like a colossus. The HG20 is another strong contender. We wish it had a lens ring like the latest flagship models from Panasonic, and a regular-sized accessory shoe. But the superb video performance makes up for both these things, under most circumstances, and otherwise the features are comprehensive. Whether you’re looking to shoot family memories in the best quality possible, or have some professional pretensions, the HG20 has loads to offer, and it’s reasonably priced as well.