Much of the 70D’s design is similar to its predecessor, but there are some notable changes.

The biggest of these changes are found on the rear of the camera, where there’s a revised control layout. Live view activation and video control is now accessed through a refined live view switch complete with start-stop button in the centre. The menu and info buttons have  moved, too, towards the top left of the camera’s rear much like the Canon EOS 700D. 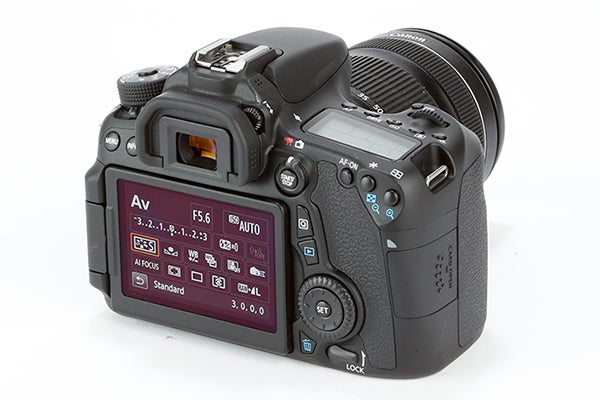 If you’re familiar with the triple-digit series of Canon then you’ll notice that the 70D is substantially larger with a more substantial hand grip. As a result, the 70D feels more comfortable in the hand and better balanced, especially when using larger lenses.

As mentioned, the 70D shares a lot of its design characteristics with its predecessor, although it is slightly less wide. The body is constructed from a combination of conductive fibre and polycarbonate resin, and it certainly feels solid. It’s not too far off of the 7D in terms of feel and handling, although it is lacking the weather resistance.

It’s worth noting that the controls have been streamlined somewhat. Dedicated scene modes have been removed from the mode dial, giving the camera a more advanced feel, with the PASM controls taking precedence. 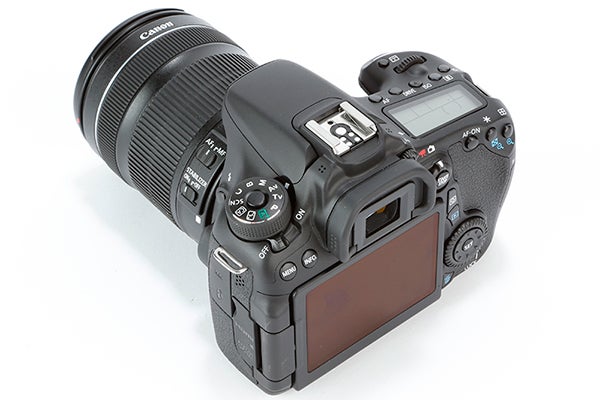 In general, the Canon EOS 70D delivers the kind of performance you would expect from a double digit Canon DSLR, with certain areas which are particularly impressive.

One such area is the camera’s touchscreen performance. Canon was the first manufacturer to transfer touchscreen technology across to its range of DSLRs, and this heritage is starting to pay off with some impressive performance.

The capacitive screen is the same as found in the 700D and performs similarly well.  Only light touches are needed to control the screen, while functionality such as touch focus through live view is welcome.

In fact, you can access almost any camera control through the touchscreen, and in combination with the various controls around the 70D’s body the overall handling experience is pleasing. 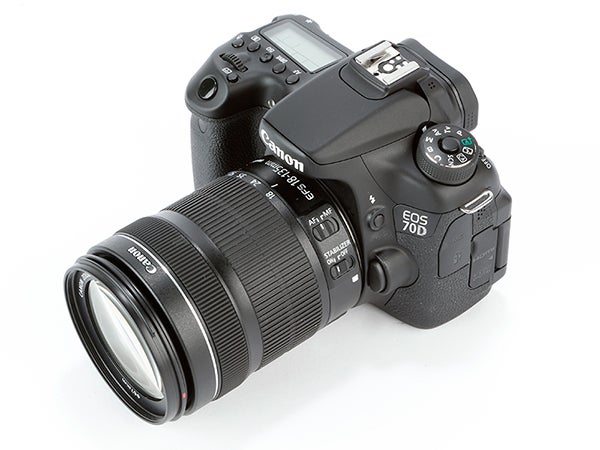 In terms of image review and framing, the screen itself is impressive. The vari-angle hinge allows for viewing at a host of different shooting situation, which is damn useful, while the screen also offers a wide viewing angle and pleasing levels of saturation and contrast.

The viewfinder, meanwhile, offers a 98% field of coverage. Although this is more than the 96% of the 60D, it’s unfortunately less than the D7100’s 100% field of view. One nice feature, however, is a useful electronic overlay that displays the model’s AF modes and allows you to toggle through them to select the desired setting.

On the subject of AF performance, it’s worth considering the effectiveness of the new dual-pixel technology. When shooting using live view, the AF performance is a huge improvement on any DSLR that we’ve seen to date.

When the light begins to drop the AF performance does begin to slow, and certain CSCs’ live view AF performance is comparable (if not more impressive) but it is vastly improved on its predecessor. 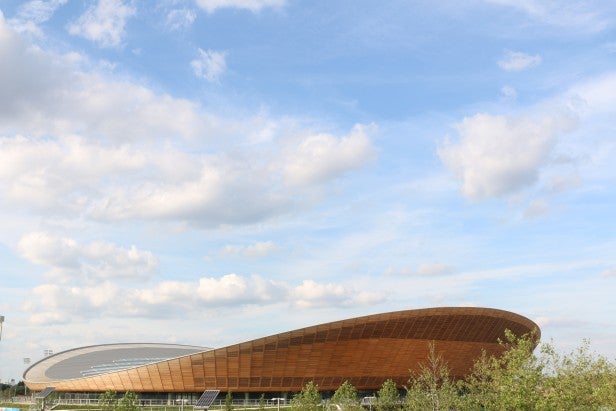 As more DSLR photographers are becoming accustomed to shooting in live view the improved performance will no doubt be welcome, although the good news is that the 70D’s general AF performance is also improved.

The new 19-point AF system might appear to be some way behind the Nikon D7100’s 51-point AF system, for example, but it does have the benefit of all points being cross-type. As a result, it offers good focus sensitivity in the centre of the frame, and even in poor lighting conditions.

There is a slight bias towards the centre of the frame, with subjects to the edges sometimes requiring a refocus before shooting. It’s also worth nothing that if you use either Canon’s USM or STM lenses then the focus system as a whole is almost silent. 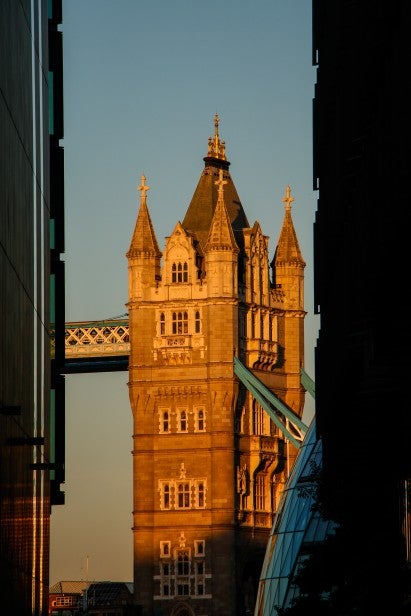 There is a slight gripe with the Canon EOS 70D’s performance, and that lays with the camera’s Creative Filters. Unfortunately, the filters can only be applied when shooting just JPEG files, rather than Raw and JPEG, while it’s also the case that you have to be shooting in live view to be able to access the filters.

While the filters themselves are solid, it’s unfortunate that their functionality is limited by these two slight quirks in the 70D’s operation.