When we look at all the new photographic equipment that appears each year, it’s easy to get swept along by the big announcements such as super-high resolution cameras and ultra-fast lenses. Yet often the less spectacular products are equally worthy of our attention, especially those that are affordable for mere mortals.

The Canon EF-S 24mm f/2.8 STM is just such a product. At around £150,  it is one of the least expensive lenses on the market, and measuring just 22.8mm thick it’s one that can easily be carried around all day without any inconvenience.

At one time, ultra-slim pancake prime lenses had a reputation for poor optical quality, as they simply couldn’t fit in sufficient lens elements to achieve satisfactory correction of aberrations. However, advances in lens design and manufacture have changed all that, exemplified by Canon’s own EF 40mm f/2.8 STM lens for full frame, which offers great performance at a low price. The EF-S 24mm f/2.8 STM sees Canon trying to replicate this winning formula, only now for APS-C shooters. 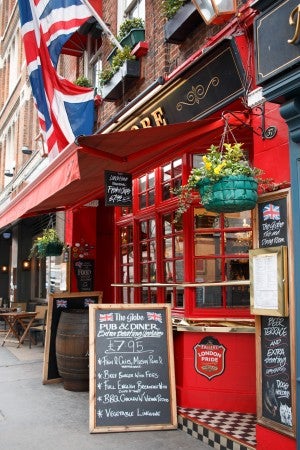 Offering a 38mm (equivalent) angle of view, this focal length may seem like a slightly odd choice for APS-C. However, it sits towards the wide end of the ‘normal’ spectrum, which means it should lend a very natural perspective to images. Indeed, many photographers – myself included – prefer this slightly wider option to a 50mm lens, which is usually considered standard. It does make you work a little bit harder for your shots, though, as you can’t rely on subject isolation or unusual perspectives for impact. 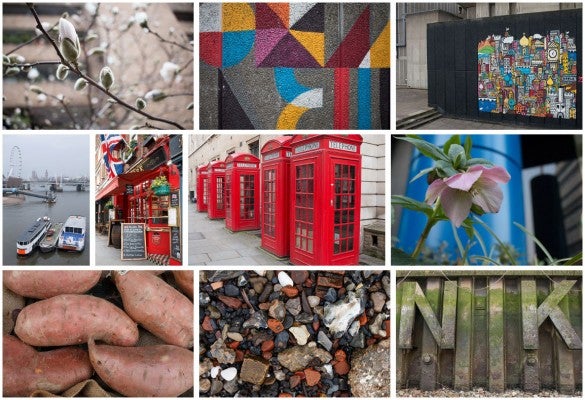 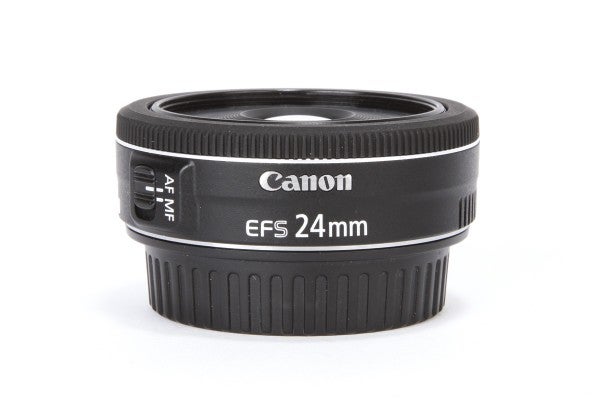 The Canon EF-S 24mm f/2.8 STM is a slimline lens, with a slender manual focus ring and focus mode switch being the only controls

The slender frame of this 24mm f/2.8 lens conceals an optical construction of six elements in five groups, including an aspherical element to minimise distortion. It may be tempting to ask how it’s possible to fit all this glass into the available space, but the optical unit is, in fact, larger than it appears. This is because the lens takes advantage of the short back-focus afforded by the EF-S mount, with the rear element protruding beyond the back of the mount, protected by a plastic surround.

With seven rounded blades, the aperture is adjustable from f/2.8 down to a minimum of f/22. The filter thread is 52mm, and does not rotate on focusing, which is always welcome for filter users. Due to the slimline design there’s no bayonet mount for a lens hood – you have to use a screw-in one instead, such as the Canon ES-52. One other thing that is missing – which is understandable given the dimensions – is optical image stabilisation. 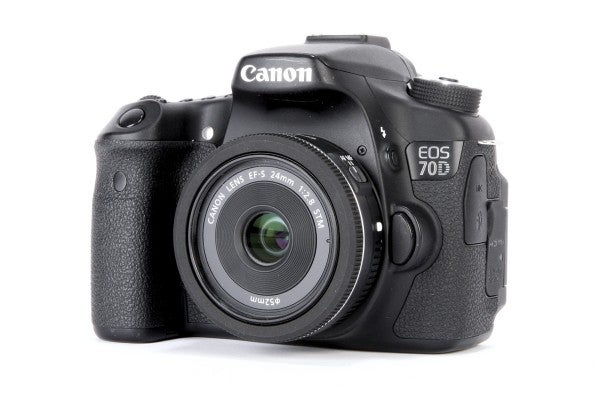 It may be relatively inexpensive, but this 24mm lens certainly doesn’t feel cheap. The mount is metal, and the barrel is made from quality plastic. The only external controls are the manual-focus ring, which is necessarily slim, and a small switch to change the focus mode between auto and manual.

Measuring 22.8 x 68.2mm in diameter, and tipping the scales at just 125g, this tiny lens feels like it’s barely there while you’re shooting. It works on all but the very earliest Canon DSLRs with APS-C sensors, and should be a particularly good match for the EOS 100D. 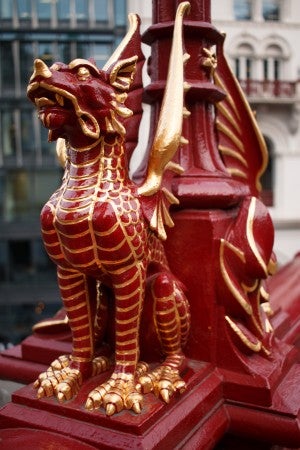 Tested on the EOS 70D, the 24mm autofocused consistently accurately

Driven by a stepper motor (STM), autofocus is reasonably fast and disconcertingly quiet. The motor is just about audible in a quiet room, with a high-pitched whine, but in noisier environments it can’t be heard at all. It’s also possible to adjust focus while recording video without it impinging on your soundtrack.

Manual focus is electronically, rather than mechanically coupled, meaning that turning the smoothly damped focus ring drives the AF motor of the lens. This works very well, and allows extremely accurate focusing. However, it’s only possible to adjust focus when the camera is turned on and metering activated  by a half-press of the shutter. 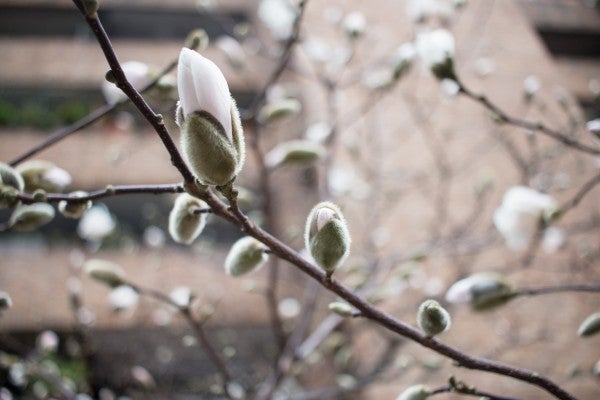 At f/2.8 it’s possible to get nicely-blurred backgrounds with close-up subjects

For a decidedly inexpensive lens, image quality is rather good. It’s slightly weak at f/2.8, with somewhat soft corners and visible vignetting, but stop down to f/4 and the lens performs very well. Pictures are consistently sharp across the frame, and remain so at apertures down to f/11. At f/16 diffraction blurs the image a little, and at f/22 it’s visibly soft when viewed on the pixel level. Of course, there’s a trade-off to be made against depth of field here, as sometimes the increased front-to-back sharpness can be more important than any loss of acuity when considering the image as a whole.

Some barrel distortion is present, with visible bowing of straight lines along the edges of the frame, but it’s not very objectionable and is easily corrected in post-processing. Red and cyan colour fringing from lateral chromatic aberration is visible if you go looking for it, and covers a larger area of the frame than I’d normally expect. However, with relatively narrow fringe widths, it’s never really intrusive.

With its f/2.8 aperture, this Canon lens can give quite nicely blurred backgrounds at close focus distances, and in general the bokeh is reasonably attractive. Complex backgrounds can sometimes appear hard-edged and ‘busy’ when viewed too closely, but considering this lens can be bought for around £150, it seems churlish to complain.

Our Applied Imaging tests reveal impressively consistent results, varying little between f/2.8 and f/11. Corners are somewhat soft wide open, and best results come at f/5.6 and a stop either side. Diffraction blurs the image visibly at f/16, and we’d avoid f/22 unless depth of field is paramount. 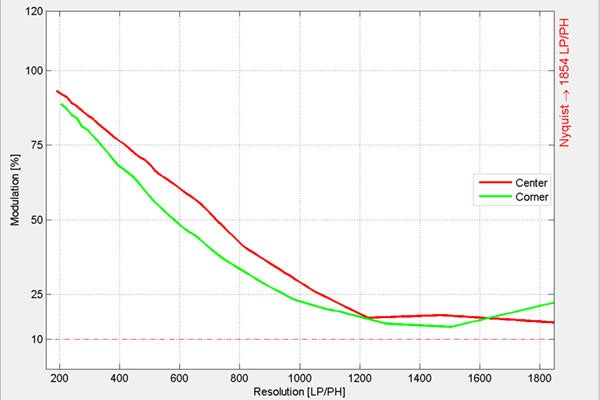 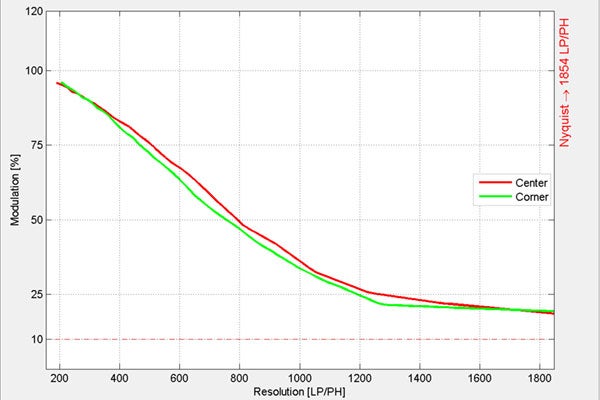 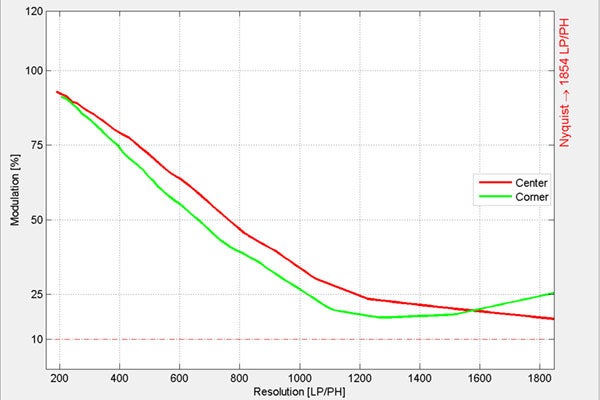 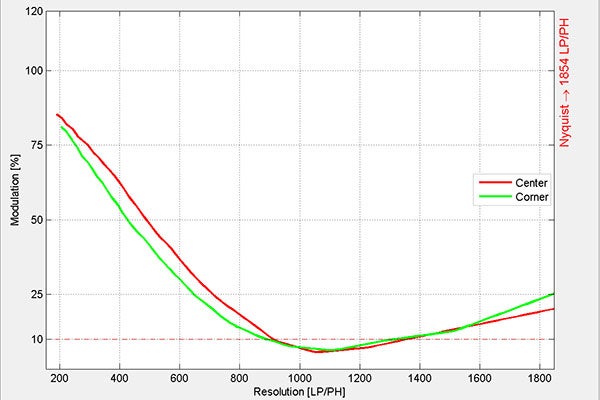 Vignetting is quite strong at f/2.8, which is to be expected from such a small optical unit. Close down to f/4, though, and it clears up almost completely. Most Canon DSLRs can correct vignetting in-camera, although you will have to upload the requisite lens profile to make this work. It’s also easily removed in post-processing. 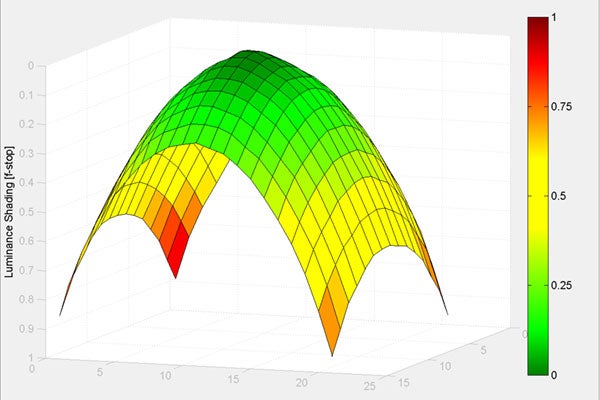 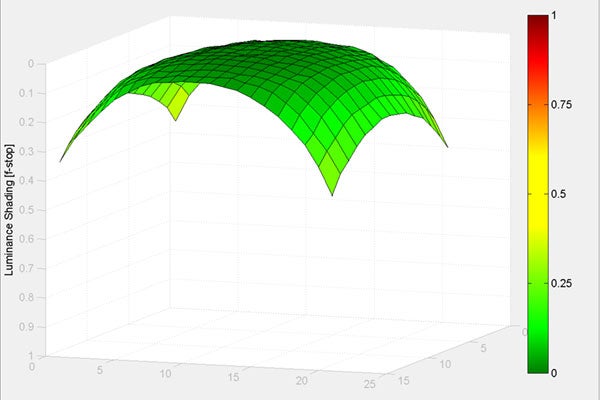 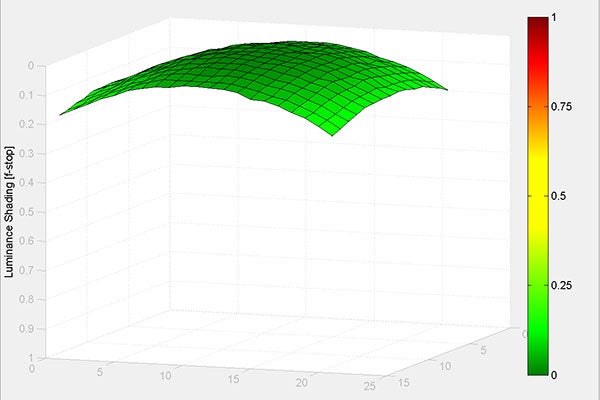 Our test charts reveal moderately strong barrel distortion, with straight lines towards the edge of the frame bowing outwards. This is a common compromise with small lenses, although it’s a little unusual to see this much distortion from an APS-C prime. Again, it’s easy to correct in software. 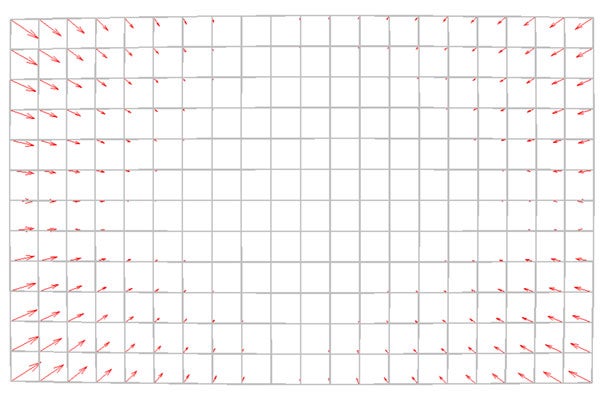 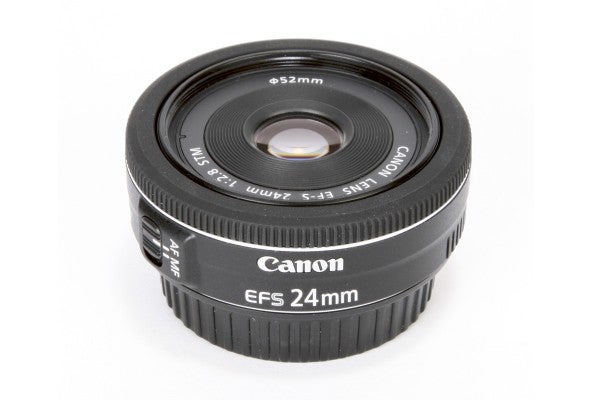 When the Canon EF-S 24mm f/2.8 STM first appeared at Photokina last year, it was perhaps overshadowed by an array of more eye-catching announcements. It would be a mistake to overlook this unassuming little optic, though, as not only is it a genuinely capable lens, but it’s also one that almost any photographer can afford. For beginners, it would make an excellent companion to a kit zoom, allowing handheld shooting in low light while keeping shutter speeds up to avoid motion blur. Even those with more extensive lens collections should be able  to see the virtue of its minuscule size.

Some obvious compromises have clearly been made to produce such a small lens at this focal length, most visibly distortion and vignetting being a bit high. However, both are so easily corrected in software that I wouldn’t worry. More importantly, the lens focuses accurately and gives consistently sharp, detailed images. With its bargain price, carry-everywhere size and highly competent imaging performance, the Canon EF-S 24mm f/2.8 STM deserves to be high on the wish list of many  a Canon user.