Canon’s Digital IXUS range of compact cameras currently stands at at nine models, ranging from the 7.1-megapixel IXUS 70 (£126) to the new IXUS 970 IS (£230) reviewed here a couple of weeks ago. The mid-point of the range is represented by another new model, the IXUS 85 IS, which I have for review today. 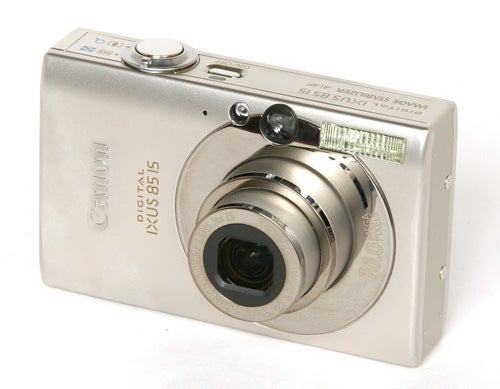 The IXUS range is justly renowned for style, performance and build quality, and equally justly for being very expensive compared to similarly-specified models from other brands. The IXUS 85 IS is no exception to this rule. It is a 10.0-megapixel ultra-compact with a 2.5-inch 230k LCD monitor, an optical viewfinder and a 3x zoom lens with optical image stabilisation, which is a surprisingly rare combination of features these days. Many manufacturers, Canon included, have been moving away from the standard 35-105-equivalent 3x zoom lens in favour of longer zoom ranges and better wide-angle performance. Examples include the 4x zoom Panasonic FS20 (£180), or the new 5x zoom Nikon CoolPix S550 (£175, review coming soon). By comparison the IXUS 85 IS looks a bit limited and rather expensive, with a list price of £240 and an online price of around £200. 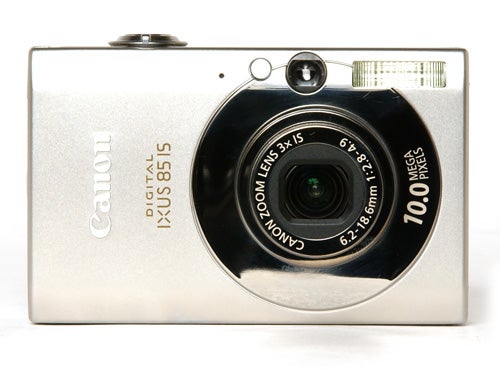 As usual with Canon cameras, the build quality of the IXUS 85 IS is beyond reproach. The camera’s body is all aluminium, with an attractive semi-matte anodised finish. It is available in two styles, with either a black lens surround or the mirror-finish chrome version shown here. It is a very compact camera, not quite in the same league as the tiny Casio EX-Z80 I reviewed last week, but certainly in the “ultra-compact” category. It measures 86.0 x 54.0 x 20.4mm and weighs 130g, so it’s small and light enough for a shirt pocket. However while it may look very nice, that smooth finish does make the camera very slippery to hold, and there is no provision for either a finger or thumb grip.

The control layout is similar to most of the other recent IXUS models, with large and clearly-labelled buttons, a simple round D-pad and a slider switch to select shooting, video or playback mode. The zoom control is a rotary bezel around the shutter button, which I far prefer to the rocker-switch type used by some manufacturers. The optical viewfinder is useful for conserving battery life, but like most viewfinders on ultra-compact cameras it is very small and a bit awkward to use, especially if you wear glasses. However its position directly over the lens at least reduces horizontal parallax problems. The LCD monitor is superb though; it is bright and sharp with good contrast, an effective anti-glare coating and an exceptionally wide angle of view, wide enough to use while holding the camera above your head for shooting over crowds. 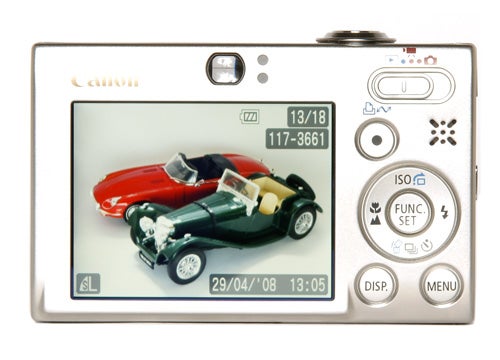 In terms of features the IXUS 85 IS doesn’t have anything we haven’t seen before on other cameras in the same range. It’s a relatively simple point-and-shoot model with two basic shooting modes, one fully automatic and the other allowing some user input, but only to the extent of exposure compensation, white balance, ISO and colour mode via the function menu. Some further options are available in the main menu, but these are also quite limited. It has Canon’s 9-point AiAF autofocus system, which is good for most subjects but is easily confused by foreground detail, but it also has face detection for portraits and centre-zone AF with two different frame sizes for trickier subjects. 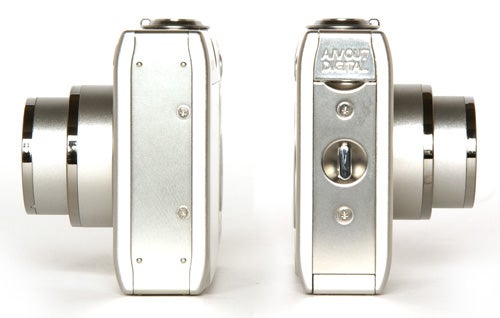 The IXUS 85 IS is equipped with optical image stabilisation, and as usual Canon’s system works very well, providing a consistent three stops of additional hand-held stability. To be honest IS isn’t as useful on a 3x zoom compact as it is on a camera with greater telephoto range, but it doesn’t do any harm either. Another useful feature is in-camera red-eye correction in playback mode, which also works very well.

In terms of performance the IXUS 85 IS is pretty impressive. It starts up in approximately one second, which is extremely fast by any standard, and shuts down again in under a second and a half. Shot-to-shot time in single shot mode is just under two seconds, which is pretty good for a 10MP camera, although not brilliant. In continuous mode it is somewhat faster though, shooting at just under two frames a second. However it doesn’t focus between shots so it may not be too useful for moving subjects.

The autofocus system is very quick, locking on in about half a second in virtually any lighting conditions. In fact its low-light focusing is particularly impressive, ideal for those sort of social occasions at which as camera like this is most likely to be used.


As one might expect from a premium-priced camera like this, image quality is generally very good, but it is not without one or two annoying problems. The lens is very sharp and detailed over most of the frame, but the corners are soft and blurry, and barrel distortion at wide angle is much more pronounced than I would expect from the usually excellent Canon optics. Likewise image processing, normally another Canon strong-point, also has a couple of notable problems. Colour rendition is superb, with good detail even in saturated bright colours, but high-ISO noise control is surprisingly poor, with visible noise effects from as low as 200 ISO. Dynamic range is also quite limited, with highlights burning out in order to preserve shadow detail. 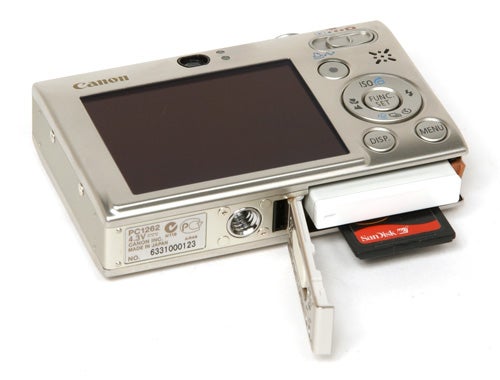 While there’s no disputing that the Canon IXUS 85 IS is a superbly well-made camera, and is light, compact and easy to use, there’s also no denying that it is very expensive and doesn’t offer a lot of features for the money. While performance is well up to Canon’s usual standard, image quality is let down by wide-angle lens distortion, corner blurring and high-ISO noise problems. If I was spending over £200 on a compact camera I’d expect a bit more than this. 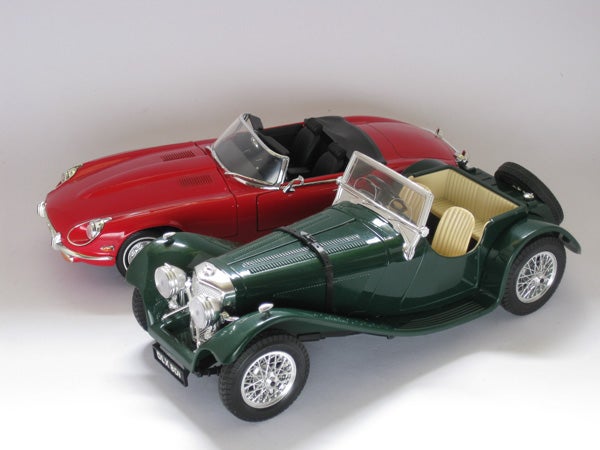 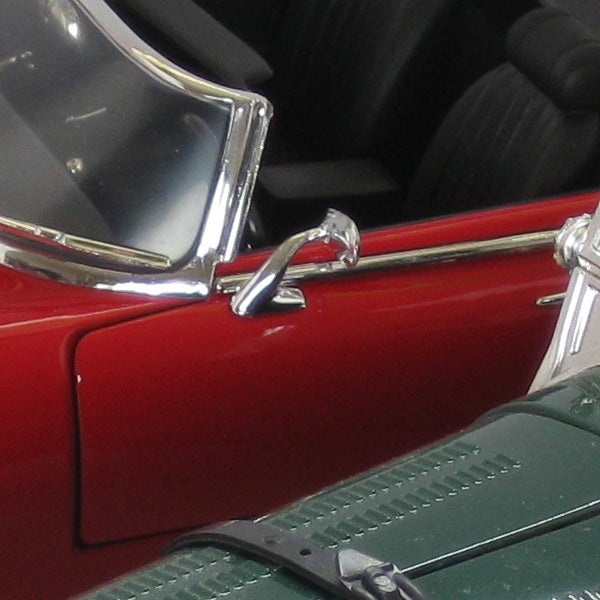 At the minimum sensitivity settig the image is clean and sharp. 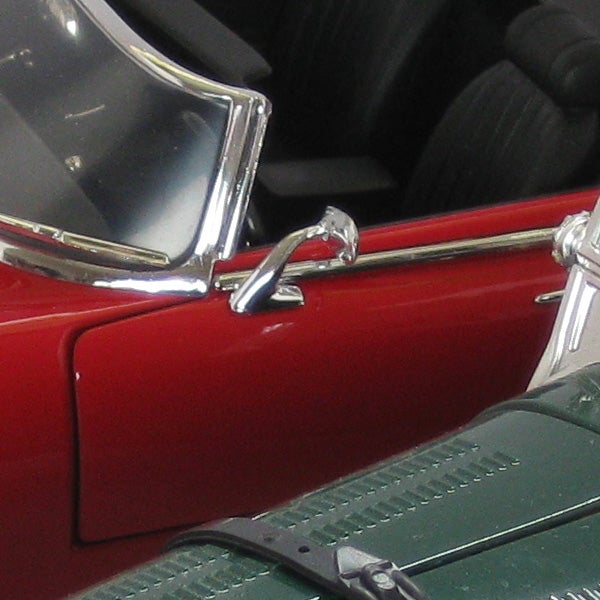 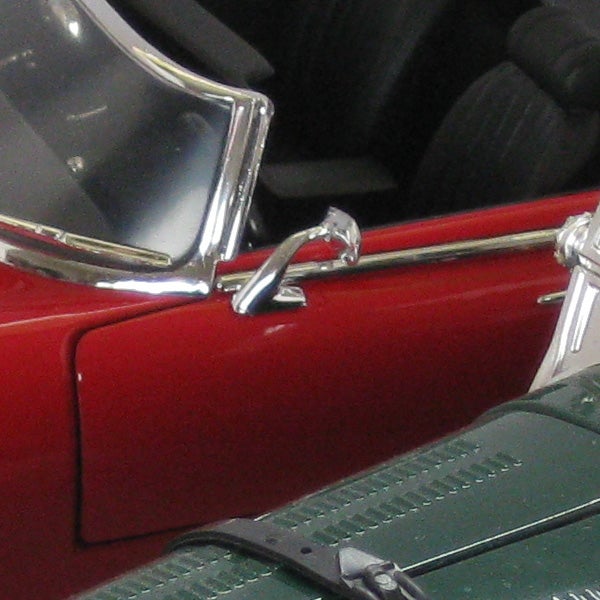 200 ISO and already there is visible noise spoiling the image. 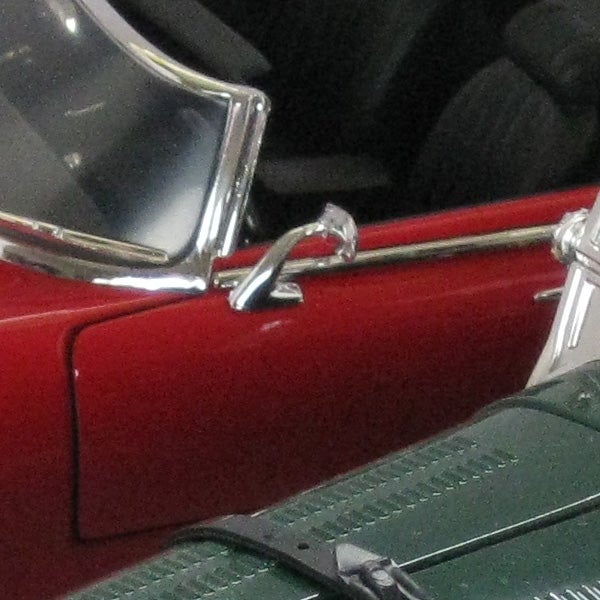 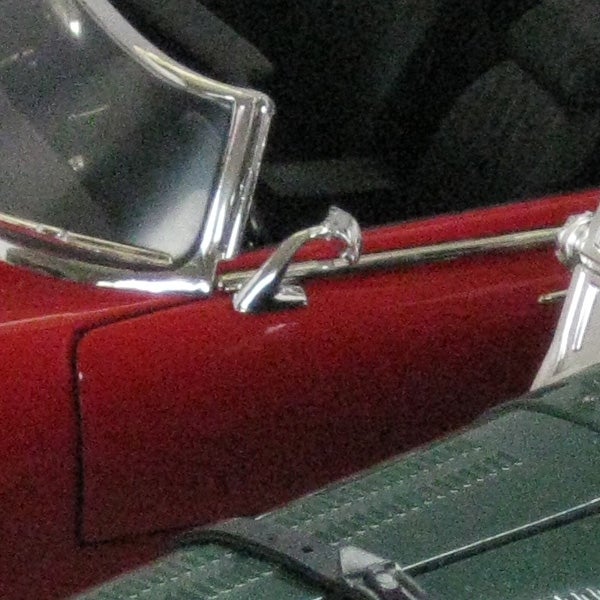 Fine detail is lost to the noise at 800 ISO. 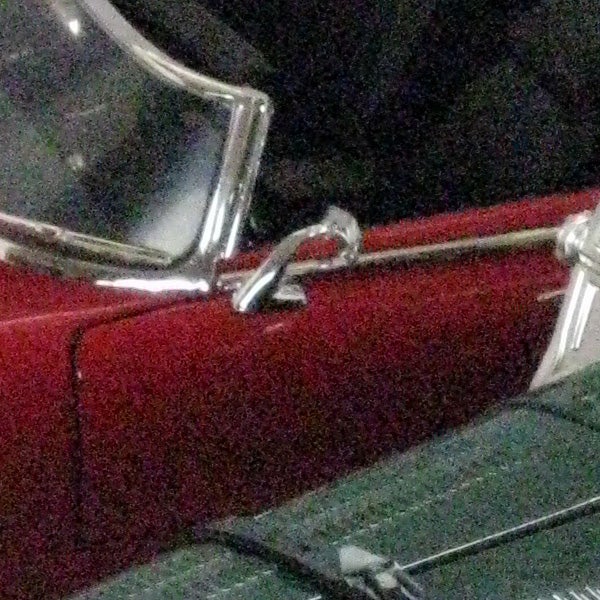 At 1600 ISO the image quality is pretty poor but at least colour balance isn’t too bad. 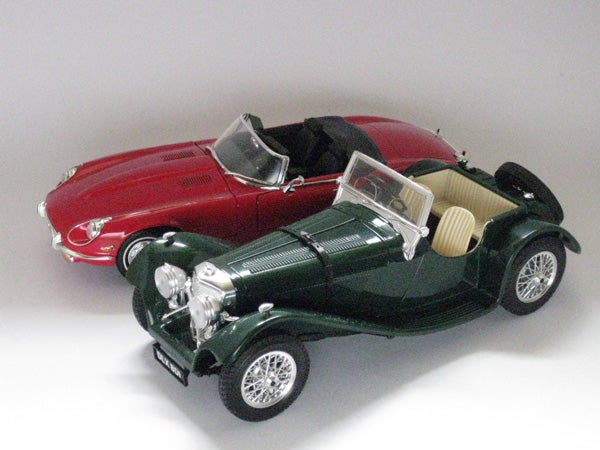 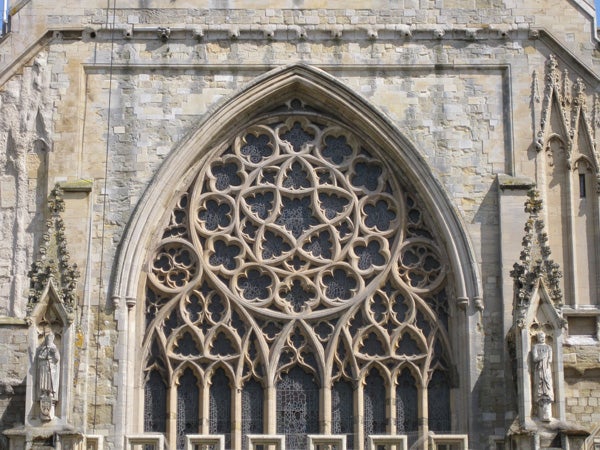 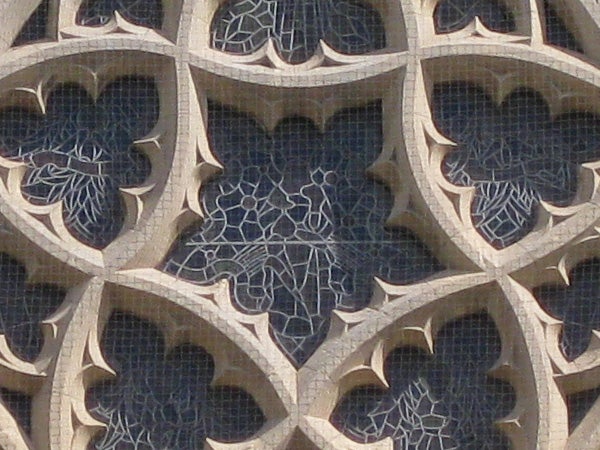 Near to the centre of the frame the level of sharp fine detail is very impressive. 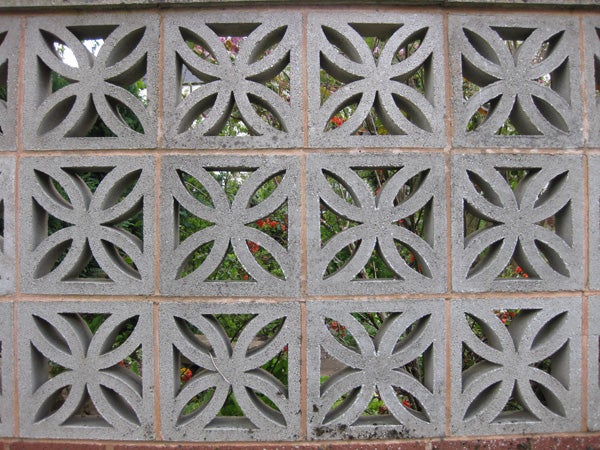 The Canon lens produces quite a lot of barrel distortion at the wide-angle end. 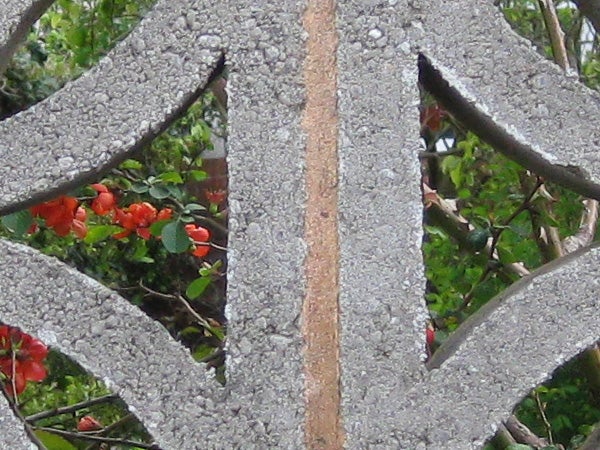 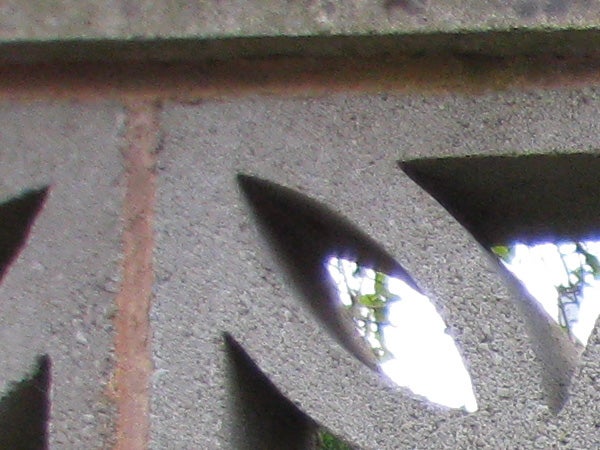 …but there is a lot of blurring in the corners of the frame, as well as some purple fringing. 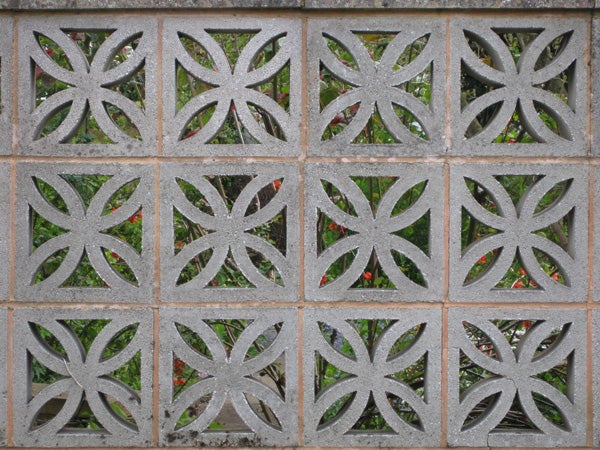 The barrel distortion hasn’t completely disappeared even at the telephoto end of the zoom range. 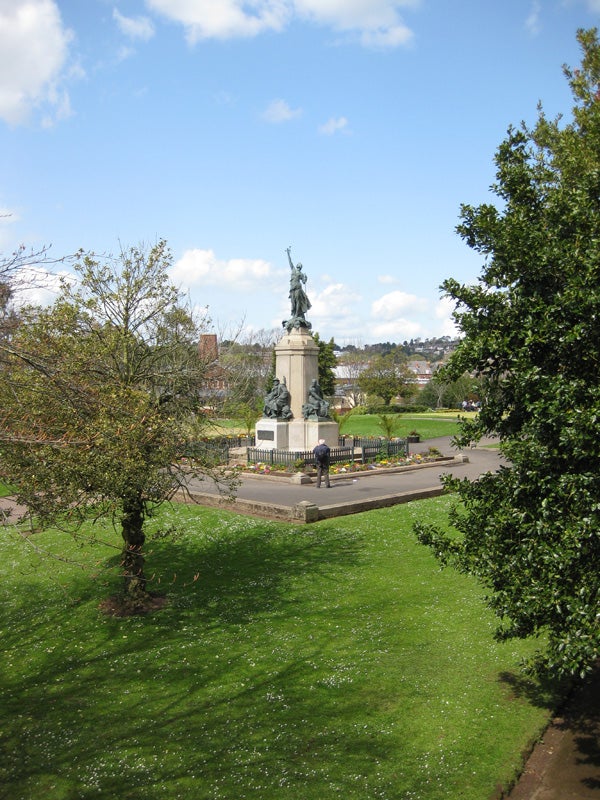 The wide-angle end of the zoom range is equivalent to 35mm, not really very wide at all. 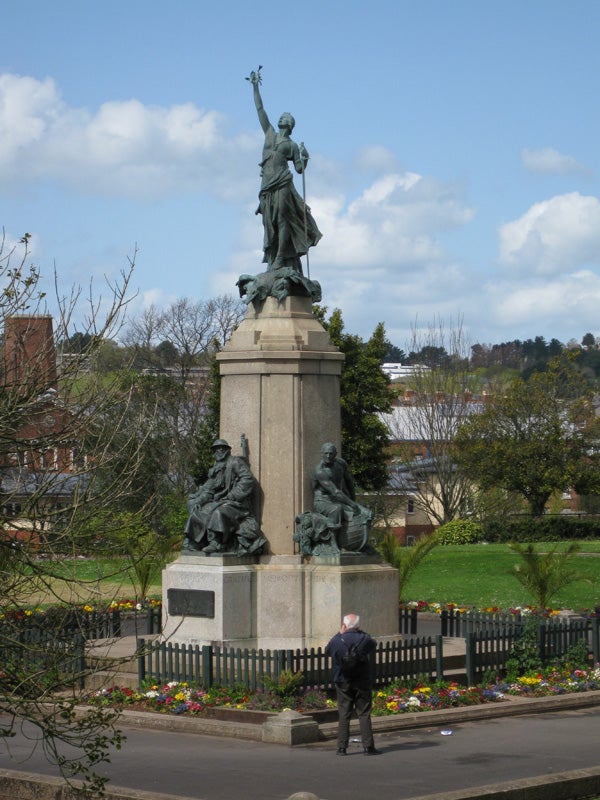 The telephoto end is equivalent to 105mm, about average for a 3x zoom camera. 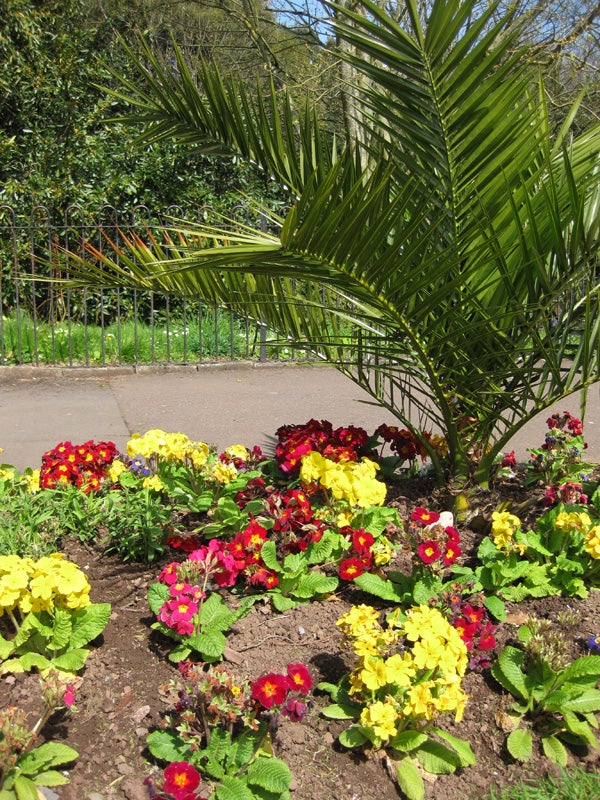 Colour rendition is superb, with detail visible even in bright saturated areas of colour. 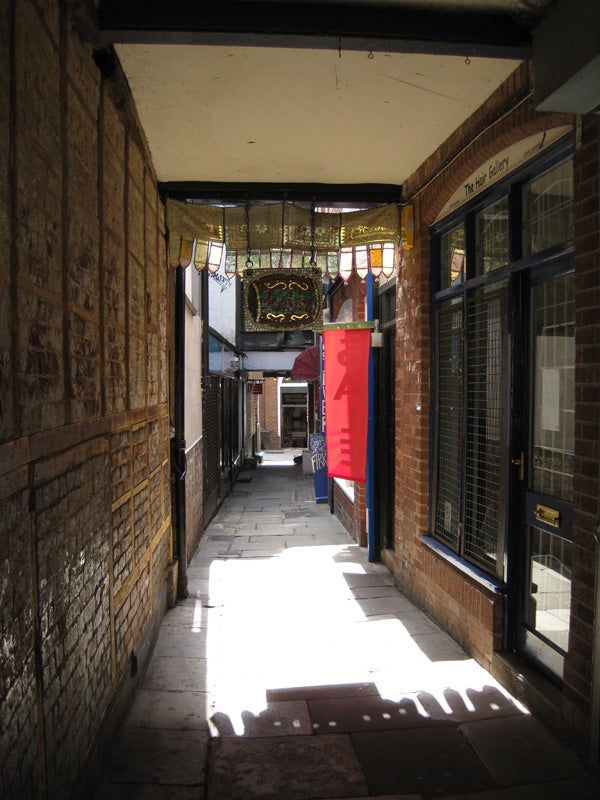 As usual for a small-sensor 10MP camera, dynamic range is limited and highlights are sacrificed in favour of shadow detail.