Campfire Audio's cheapest in-ear monitor is another sonically excellent sounding effort. With unusual, but good looks married together with a fine, expressive sound, the IO do well to differentiate themselves from the competition, but that competition is still pretty tough at this price.

The Campfire IO (pronounced ‘eye-oh’) are the Oregon audio brand’s most affordable in-ear monitor yet.

Exactly how bespoke and singular do you want your in-ear headphones? If the thought of dangly white earbuds (wired or wireless) makes you shudder, perhaps you should cast your glance Campfire Audio’s way.

The Portland, Oregon manufacturer has been turning out headphones (almost all in-ear monitors) since the middle of the last decade, and it’s safe to say you’re unlikely to confuse them with any other brand’s designs. The lengths the company goes to in terms of component selection, design, assembly and packaging are considerable, as are the prices it tends to set. If it’s slightly self-conscious ‘authenticity’ you want, Campfire Audio has plenty of it.

The IO is its most affordable in-ear monitor so far. Of course, ‘affordable’ is all relative, and at £299 the IO faces off against a lot of well-regarded alternatives from far more venerable brands. If this money buys you the performance to match the individuality, though, the Campfire Audio IO will be a very welcome (and unusual) alternative.

Campfire IO design — A in-ear with plenty of flourishes

You might not think there’s much scope for design flourishes where a product as small and functional as an in-ear monitor is concerned, but a glance at the IO let’s you know you’re wrong. 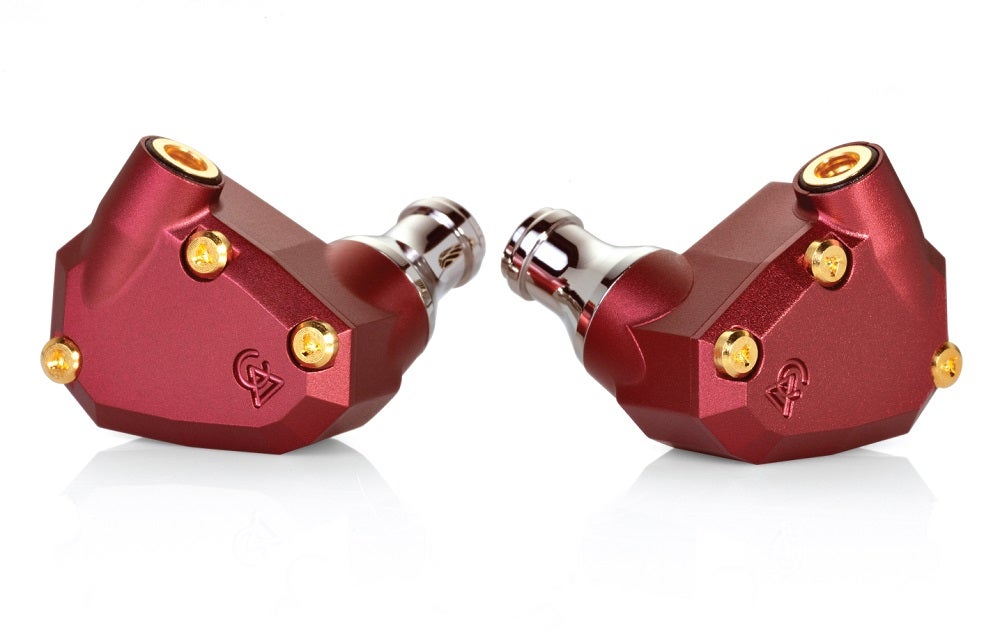 The multi-faceted, jewel-like body of IO is of machined aluminium, with an anodised finish in ‘garnet’ red. The spout over which the soft silicone ear-tip fits is of stainless steel, and the assembly is held together using gold-plated screws. Even the connectors, which join the silver-plated copper cable to the body, are insulated using beryllium copper.

As a design, it is undeniably chunky and unmistakably Campfire Audio. And for once where in-ear monitors are concerned, there’s no need to use the words ‘plastic’ or ‘injection moulded’ when describing them.

Features — Not much in the way of ‘accoutrements’

In-ear monitors don’t offer a lot of space in which to pile on the features and, sure enough, these Campfire Audios are a honed and focused proposition.

IO uses what Campfire describes as an ‘oversized’ balanced armature array of a subwoofer (the IO has a claimed low-frequency reach of 5Hz, which would be remarkable if it were true), and a tweeter (giving a slightly more likely top-end limit of 22kHz). The tweeter is loaded into the company’s proprietary ‘tuned acoustic expansion chamber’, a 3D-printed arrangement that’s intended to yield the most open, extended high frequencies possible. 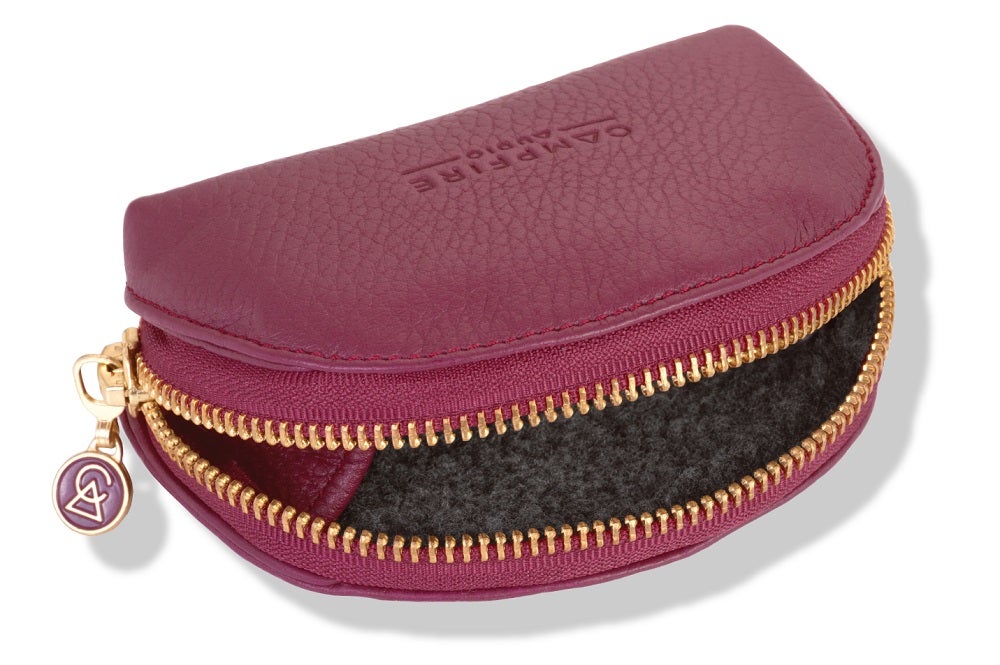 This being Campfire Audio, though, the features don’t stop with the IO monitors themselves. Inside the colourful ‘French Paper Company’ packaging (printed locally in Portland, naturally) there’s also the ‘Bordeaux’ zipper case. It’s of leather-covered protective rubber, and lined with faux-wool to protect the finish of the monitors and, of course, it’s hand-made in Portugal in very small batches.

Campfire IO performance — Incredibly talented but with one significant shortcoming

Up to this point, it might be tempting to dismiss the Campfire Audio IO as simply a rather wilful hipster alternative to products from brands who may not employ Portuguese artisans, but have decades of experience where headphones are concerned. It doesn’t take a particularly long listen to IO to realise Campfire Audio is really very serious indeed.

First and foremost, the IO are an extremely adaptable listen that don’t favour any one type of music over another. Whether it’s the packed orchestra pit of the New York Philharmonic, the guitar-and-voice intimacies of Bon Iver or the pitiless dancefloor attack of AceMoMa, the Campfire Audios are unconcerned. They just sink their teeth in. 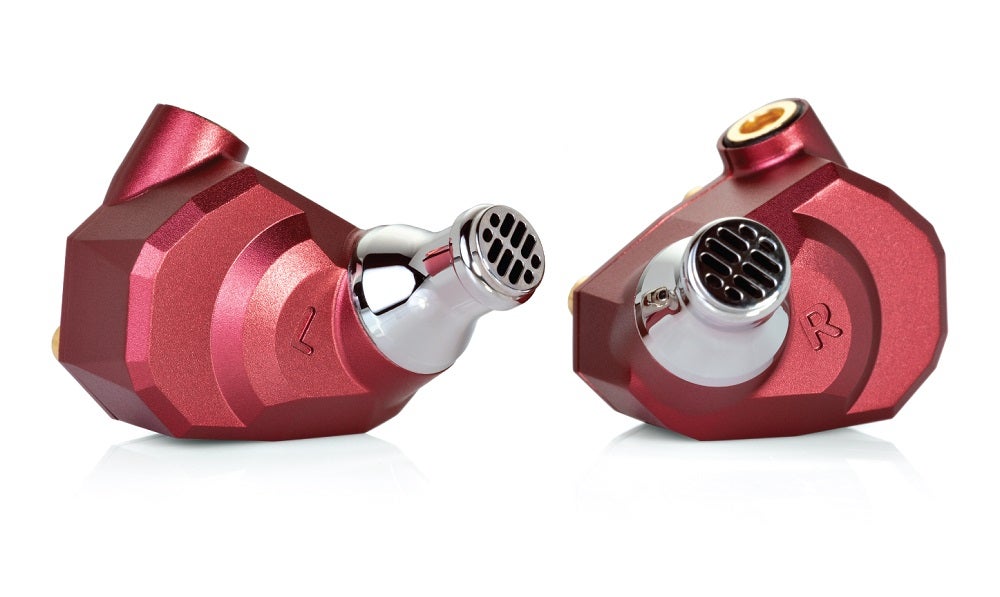 They describe the plentiful low frequencies of AceMoMa’s Nothing Crazy in a completely convincing manner. The bass-line is sinuous, but regimented at the same time, and is packed with detailed information about texture and decay. The organisation of low-end sounds is crucial if headphones are going to handle rhythms and tempos properly, and the IOs have the discipline to draw nice straight lines at the leading edge of bass notes. Consequently the tune sounds confident, authoritative and has more than enough out-and-out punch for you to enjoy a massive night out in the privacy of your own head.

They have no problem teasing out the nuance of a vocal performance, either. The midrange of Bon Iver’s Skinny Love is where the action is, of course, and the Campfire Audios give the voice plenty of space to express itself. Detail levels remain high, and as a consequence there’s a stack of character revealed in the vocal. The IOs communicate the singer’s technique, his effort and toil and sincerity, in the most confident and natural manner, all of which brings forward the emotion of the performance in a most direct manner.

In terms of scale and dynamism, too, the IOs have plenty of talent. When Leonard Bernstein leads the New York Philharmonic through the rollercoaster that is Rhapsody in Blue the Campfire Audios have no difficulty describing the power of an orchestra in full attack mode. The huge dynamic variances between solo piano and ever-section-assault that come at the drop of a hat in this recording pose no problems, either. Oppressive volume doesn’t faze the IOs – they don’t get shouty, they just get louder. And they describe a wide, organised soundstage too, which is essential when the stage is crammed with performers all scrapping for elbow-room. 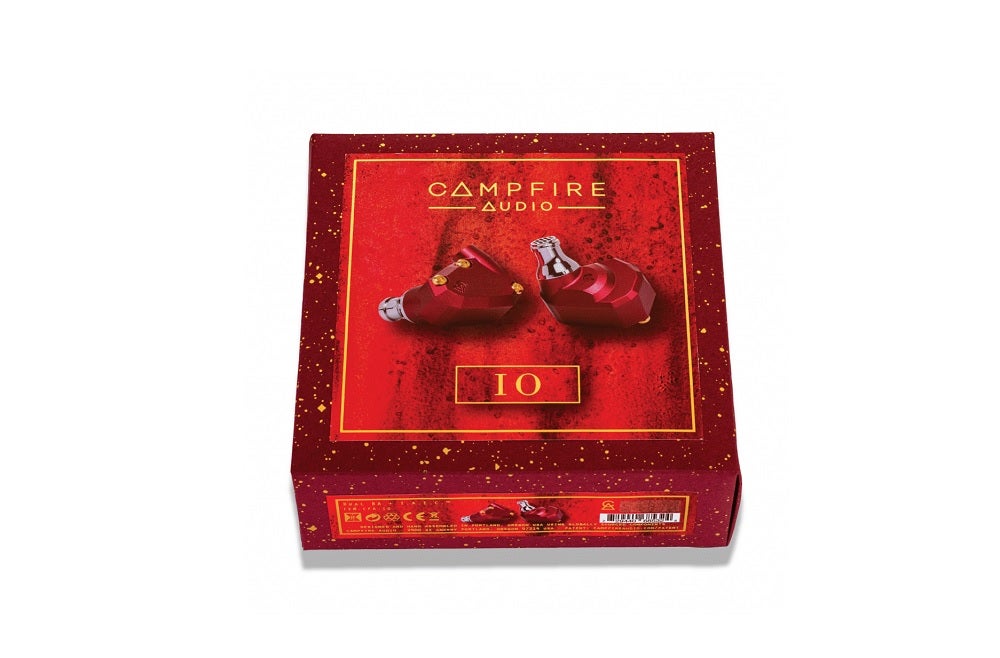 It’s this recording that most readily exposes the one significant shortcoming in the IO sound, though. At the top of the frequency range there’s an undeniable brittleness and lack of substance to the treble sounds the Campfire Audios deliver: the brass section is mostly blare where it should be mostly body, and the wind instruments are all too ready to get shrill and whistle-y. Once or twice the only instrument participating in the recording is a lone triangle (positioned securely towards the rear of the stage), and the IO make it sound a thinner and less robust instrument than it is.

This is hardly a terminal shortcoming. It’s a shortcoming nevertheless, though and when you’ve set yourself up in opposition to some thoroughly well-sorted alternatives, it could make all the difference. Only if audio quality is the be-all and end-all, mind you.

Should you buy the Campfire IO?

Leaving sound quality aside for a moment, the reasons to buy a pair of Campfire Audio IO are obvious. They look good – individual in the best sort of way – and they feel good too. The fit is comfortable once you’re used to the larger-than-average body, and no one will ever mistake them for a pair of Apple MeTooPods.

Sound quality must surely be your primary consideration, and at £300ish you’re not short of choice where in-ear monitors are concerned. Shure’s venerable SE425, for example, are closer to £200 a pair these days, and they probably a better-balanced listen than the IO, although bass-heads might disagree. And if it’s balance and detail you’re after, the Klipsch X20i demand a hearing, too. Sennheiser’s IE400 Pro, meanwhile, do pretty much everything with some aplomb. Although, to be absolutely fair,  they’re not the most passionate or engaging headphones you ever heard.