Broadband, once a luxury envied by those still stuck in the dark ages of dial-up Internet, has in a relatively short time become just another must-have service at home; along with electricity, gas and water. ISPs are having to become ever more cunning when trying to convince customers that their broadband offerings are better than others’, or offer something that can’t be had elsewhere.


BT, as evidenced by its (often extremely annoying) adverts, is well aware of that fact. To capitalise on this, offering services such as BT Vault online backup storage, BT Vision IPTV or BT Total Broadband Anywhere. It’s the latter that I’m looking at today, so let’s dive in. 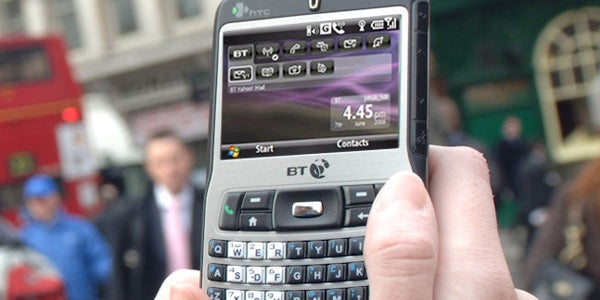 BT Total Broadband Anywhere is an extension to BT’s top-end broadband package that offers, for every-so-slightly under £5 a month (thanks VAT cuts!) and the signing of an 18 month contract, a handset which can be used to take BT broadband out of the home. Or so the marketing blurb suggests.


The reality is slightly different. The broadband package of an (up to) 8Mbit connection, unlimited broadband with 5GB of online storage and BT’s Home Hub router isn’t too bad. And there is the option to add BT Vision, albeit for an extra monthly fee. 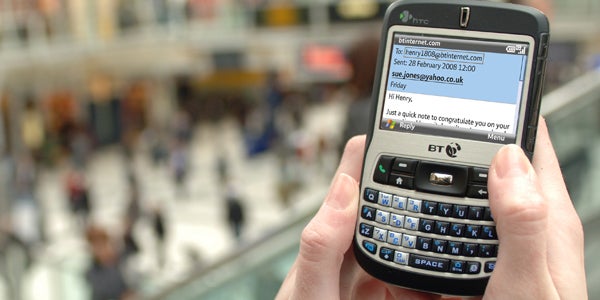 The ToGo handset, as the mobile is referred to has, at first glance, a pretty meagre package. 50 cross-network minutes, 50 text messages will probably be too little for most mobile users – although there are package options to increase that allowance. Moreover, 10MB of wireless data on a GPRS handset is decidedly not what I’d call mobile broadband.


However, in addition to the above allowances, BT ToGo also offers access to its vast OpenZone Wi-Fi network. When connected, it’s possible to make phone calls over the ‘net and access the Internet, be that for browsing, sending emails or anything else, the foremost of those options being the most notable, as it compensates the otherwise miserly 50 minute calls allowance.


BT Broadband Talk, as the Internet phone call service is called, isn’t limited to hotspots, though, but rather works over any Wi-Fi-enabled Internet connection. If you happen to make most of your phone calls at work, and have access to Wi-Fi there, the small data and minutes allowances might not be an issue.

The handset currently available with BT Total Broadband Anywhere is HTC’s S620 (or Excalibur of you prefer) – though that could change in the future. As a Windows Mobile handset, the S620 is prone to the various problems of that OS, such as Pocket Internet Explorer and its apparently inability to actually render any webpage not tailored for mobile devices. Although of course, there’s the benefits too, such as easy syncing of contacts and email with Outlook, which on a device intended for portable Internet access is important.


BT does use its own custom skin to try and mask some of Windows Mobile’s less consumer-friendly aspects, some of which are pretty good. The home screen contains quick access to functions such as BT Broadband Talk, toggling of Wi-Fi, BT Yahoo Mail (which all BT customers are signed up to) and the phone’s web browser. 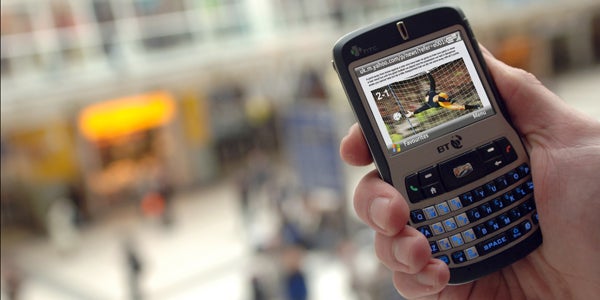 BT Yahoo mail is added by default to the handset as part of the setup process. These details are what allows the handset quick and easy access to OpenZone hotspots. BT’s skin also enables quick setup of other accounts though and both my Gmail and personal POP3 accounts were handled faultlessly by the auto-config mode, requiring me only to enter my email address and password.


As usual with HTC devices, while the OS may leave some things to be desired, the hardware is good. The casing has a lovely ThinkPad-style rubberised finish which adds a real air of class to the handset and the QWERTY keypad is surprisingly easy to type on, although I still maintain nothing compares to the virtual keyboard on the iPhone. 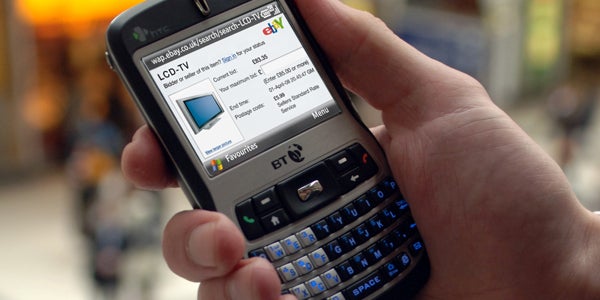 Of particular note is the inclusion of two batteries, one of which is a high capacity unit. To cater for both batteries you also get two different backs for the handset. One of these sits flush with the back of the device, while the other is larger and protrudes outwards. It looks a little silly, but the extra usage time afforded by the larger battery will doubtless be compensation enough for those using it.


The problem, then, with BT Total Broadband Anywhere isn’t the handset but the service itself. It’s difficult to see exactly what BT’s target market is. If you want a mobile phone you’ll probably have one, and while BT OpenZone access is good when available, if you don’t live in London, Wi-Fi hotspots are, for the most part, still something of a rarity. And if you wanted to use this handset as your main mobile you’d definitely need more minutes and texts thrown in.


The value of BT Total Broadband Anywhere is hard to gauge. For £5 a month on top of a fairly decent broadband package, it’s not bad value. However while the BT OpenZone access offered is good, it isn’t quite good enough for me to agree with its claim of being “broadband anywhere.” Throw in more than a paltry 10MB of mobile data and you’ll have a much more worthwhile offering, BT.