Breach & Clear: Too many options, not enough depth

There is there anything wrong with the core gameplay. Breach & Clear has short, snappy missions and its own staccato pace, with plenty of tension as you plan each phase, and either triumph or disappointment when that plan springs into action. There’s plenty of tactical depth in the maps, and your enemies are unpredictable enough to make you think carefully about how you cover the current situation, particularly in the higher difficulty levels.

What holds Breach & Clear back from greatness is that it has too much of some things and not enough of others. On the ‘too much’ side of the equation, it has a choice of four different units. Navy SEALS, Special Forces, Army Rangers and Canadian Joint Task Force 2, each with slightly different strengths and weaknesses.

Squad members can have their own classes and tactical abilities, which upgrade as they gain experience and level up. You earn credits for completing missions and can spend these on new weapons, attachments like scopes and suppressors, or even flashbangs, explosives and UAV drone support. It’s not that this stuff doesn’t make a difference, but it doesn’t make enough of a difference to the gameplay. The more you play Breach & Clear, the more you feel that there’s a whole layer of depth that isn’t really being exploited. 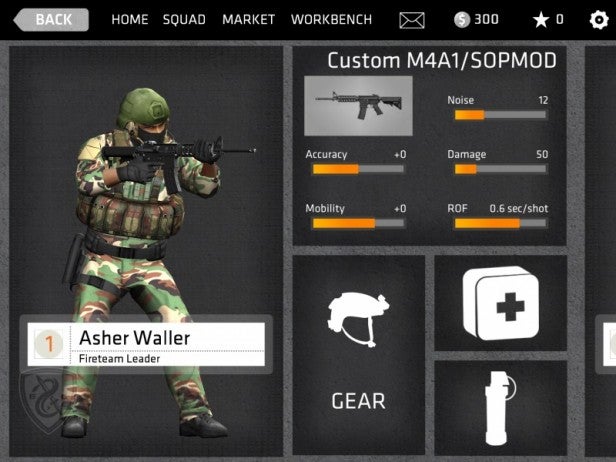 On the ‘not enough’ side, the game seems to have been released before it’s actually complete. The mission selection screen includes two game modes, Hostage Rescue and Bomb Defusal, which are greyed out and listed as ‘coming soon’. It’s the same deal for two of the game’s locations, leaving you with only 15 maps set in Afghanistan, Turkey and the South China Seas.

This leaves the game both short of content and short of variety beyond the short term, though at £1.49 it’s hard to complain. There are in-app purchases available, but you really don’t need them to make progress.

Most of all, it’s odd that a game with such slick presentation and well-tuned gameplay should suffer from a lack of any overarching storyline or plot. Do we need five minute cut-scenes and sequences of sub-Tom Clancy guff between every phase? Probably not, but it would be nice to have a little context, and a little more reason to care about the outcome than the promise of a higher star rating next time around. 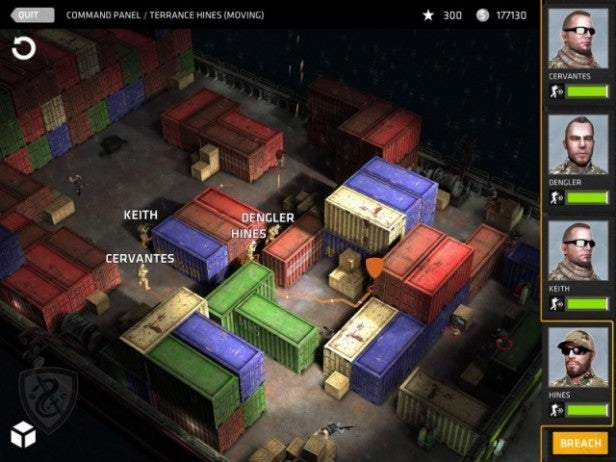 Should I Buy Breach & Clear?

Breach & Clear is a good iOS strategy game, and when the ‘coming soon’ bits actually arrive it could be a very good one. All the same, it’s a game that leaves you hoping for a sequel with the same core gameplay, but a little more variety and a lot more punch and verve in the presentation.

There are elements here that take you back to the glory days of Silent Storm or Rainbow Six, but couldn’t we have a little more motivation to breach and clear next time around? With Frozen Synapse and XCOM: Enemy Unknown already our on iOS, the platform isn’t completely lacking in fine tactical titles. Breach & Clear needs just a little extra to compete.

At its core, Breach & Clear is an efficient, fast-paced and thoroughly addictive game of military tactics, combining elements of Call of Duty with elements of Rainbow Six and XCOM. However, it’s both saddled with a bewildering range of options that don’t seem to add any extra depth, and hobbled by missing maps and game modes. Most of all, it lacks a storyline to tie it all together. This is still a good game, but it deserves to be an even better one.