Premium portable Bluetooth speakers are ten a penny these days with, arguably, the Jawbone Jambox having kicked off the whole trend. The latest one to pass through our test labs is the Braven 650, a premium-looking, aluminium-clad model. More than just a pretty box, though, it has a few rare and welcome tricks up its sleeve.

The Braven 650 gets off to a good start thanks to a very smart looking aluminium enclosure. The metal wraps all the way round without any visible seam giving it an instant feeling of high quality. This continues with the choice of drilled speaker holes rather than a wire mesh, and even the black plastic used to close off the ends looks and feels of a certain quality. 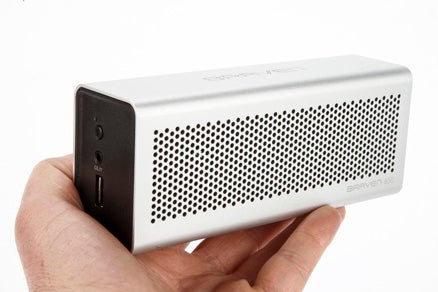 A little less elegant are the rather thin rubber feet which both look a little like they may peel off quite easily (though notably there’s been no evidence of this yet) and, although they do a good job of preventing slips on very flat surfaces, offer little grip if used on an uneven surface. Certainly, they’re not a patch on the chunky rubber tread of the Jabra Solemate for instance. 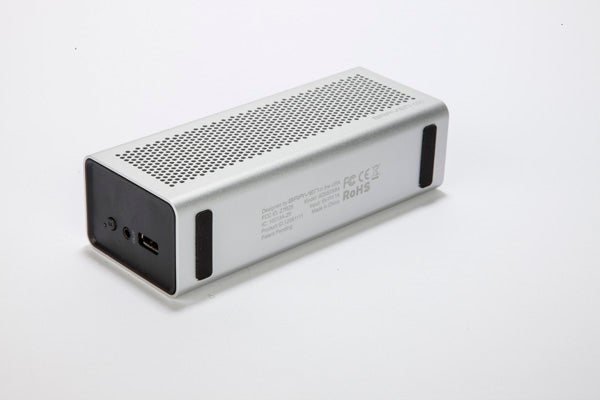 The speaker is about 6in long, 2.5in tall and 2in wide and weighs under 400g, making it not exactly pocketable but more than compact enough to go relatively unnoticed in a decent sized laptop or day bag. A simple cloth drawstring bag is included to help protect both the speaker and the rest of your bag’s contents from causing harm to each other. However, it isn’t padded or waterproof so only provides very limited protection.

Not that the Braven 650 feels like it needs protection. It’s as solid as a rock, and rather cleverly its buttons are all protected by a slight lip that runs round the edges of the plastic ends. 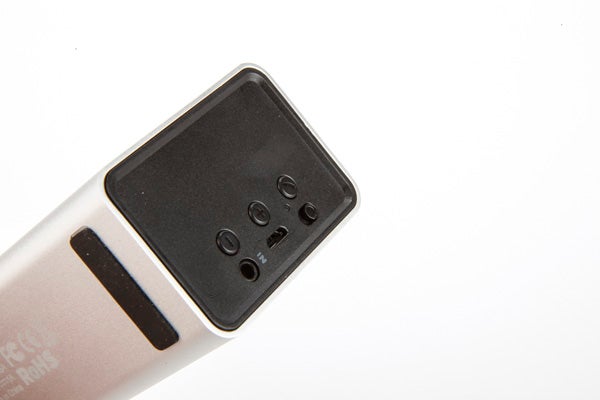 Talking of buttons, there are more here than you might expect, evidence that the Braven 650 does more than just hookup to your phone to play some tunes. In fact, it will act as a speakerphone, it’ll charge your phone and there’s even an audio output. This can be used to turn the Braven 650 into an audio bridge, picking up the Bluetooth transmitted audio and sending it on to a Hi-Fi or other large audio system – useful if your hotel room has an iPod dock. 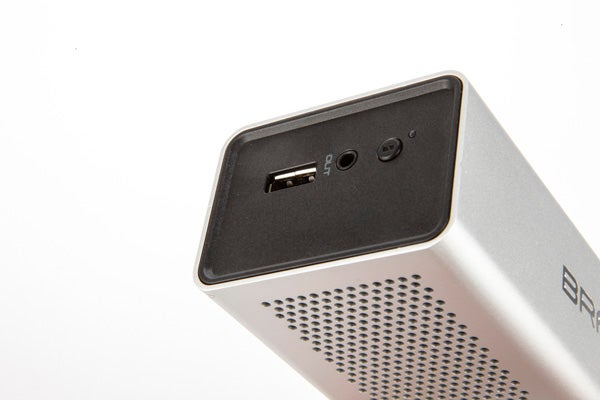 Controlling all this lot then are, on the right, the expected volume controls and a button that will answer and hangup calls. These sit next to the power switch, microUSB charging port and input jack.

On the right, meanwhile, is a battery level indicator, that audio out and a full-size USB port for hooking up your phone’s charging cable. Inside is a 2000mAh battery that will not only last up to 20 hours while playing music but also can fully recharge your phone at least once over, making the 650 an extremely useful and versatile accessory.

One feature that is missing, though, is the rather clever integrated audio cable of the Jabra Solemate. Instead, if you want to connect up via a cable rather than Bluetooth, you’ll have to find somewhere else to carry a spare.