The growth of people with all or most of their music collections on iPods has led to a massive explosion in the number of accessories on the market. But the rush to make money out of iPod owners has become a little silly of late. The infamous iPod bog-roll holder is an example of technology gone mad, but other companies producing otherwise serious products are just as guilty of iPod obsession. It makes me grind my teeth whenever I see an ad from a car manufacturer proudly boasting that the latest model of its 20-grand family hatchback is iPod enabled. It’s a 3.5mm audio input socket, for goodness sake! 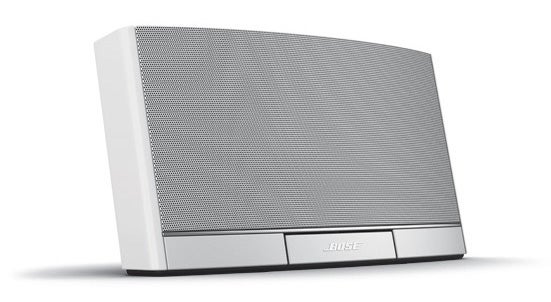 One of the biggest growth areas, however, has been in the eminently more sensible iPod-enabled hi-fi category. The best we’ve seen so far has been the B&W Zeppelin that Riyad reviewed earlier in the year. The daftest has been the TwinMOS Boom China, with its vase-shaped sub-woofer. 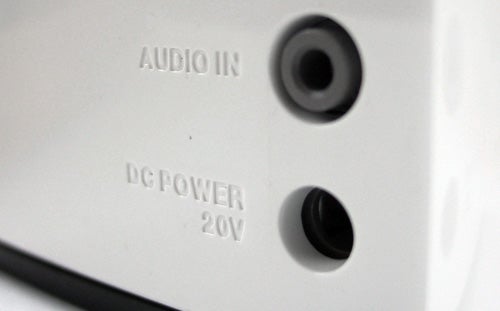 Now it’s the turn of another big name – Bose – to get involved with its SoundDock Portable. And, thankfully it’s far from foolish. It’s not adorned with silly flowers and it doesn’t have bright flashing lights. In fact the SoundDock’s sloping, slightly curved frontage is pleasingly minimalist. The only light is hidden away behind the speaker grille: it activates when the dock is switched on and off, when the volume is increased and reduced and hides itself at other times. The only controls are a pair of touch-sensitive volume buttons on the right hand edge – and if you didn’t know they were there, you’d probably not notice those either.


The SoundDock is eminently practical in ways other than plain aesthetics. Though it’s quite wide and tall (307 x 175mm) from the front, it’s only 103mm deep. This means it’s easy to pop down at the back of a kitchen worktop or on a mantelpiece without having to clear much space. It’s a clever, flexible and unobtrusive design.

The speaker’s rear-firing bass port doubles up as a handy carrying handle at the top rear of the unit making it extremely easy to pick up and carry around from one location to another. And the iPod docking cradle itself smoothly rotates and locks into the main chassis for transport – once you get to where you’re going just press the drawer in and leave it to glide luxuriously smoothly back out into place. The latter takes pretty much any iPod you care to throw at it too (apart from the Shuffle), charging it while playing back. If you don’t own an iPod you can connect any other player you fancy via the 3.5mm stereo line input on the rear. 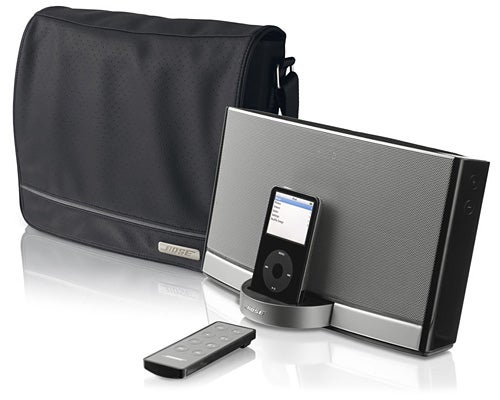 Even the power adapter has thoughtful design elements. You can wind the cable around a slot moulded into its rear – a rubber nodule at the end of the power cable enables you to lock the cable in place. If you were to stick this in a bag with the dock (there’s an official shoulder bag available as an optional extra for £40) it’ll keep the cable tangle to a minimum.

The only fly in the portability ointment is that the SoundDock weighs a not-insubstantial 2.34kg, but this heft hints at the speaker’s principal strength. Clipped to the rear of the slimline chassis is a high-capacity rechargeable 2,200mAh lithium-ion battery. This charges while you’ve got the SoundDock plugged in, and it’ll supply juice to the speaker while you’re away from the mains. 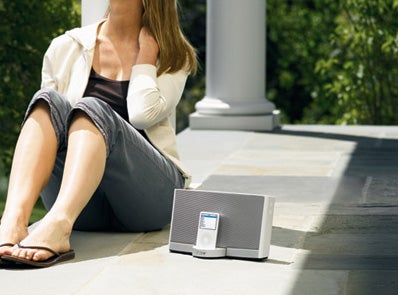 It’s a brilliant solution if you want to listen to a few tunes in the garden and can’t be bothered too get the extension lead out of the shed. It won’t cost you a fortune in alkalines as with so many other portable speaker systems, and you can even buy spares. The battery can quickly and easily be detached from the rear of the dock and swapped with a new one. 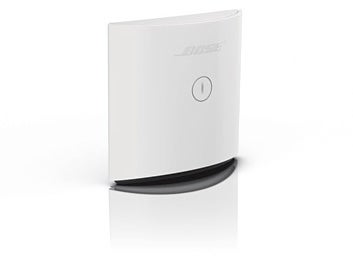 What’s more, it sounds pretty good for a portable speaker system. It’s not a paragon of high fidelity excellence – it would be churlish to expect a small unit such as this to be so – but it’s about as good as you could expect it to be. It goes loud enough to be used outside without distorting. It can deliver decent dollops of punchy, focused bass without sounding too flabby or overblown. And it deals with most types of music, from the complex swirling wall of sound that is Sigur Ros’ signature to John Williams’ elegant yet simple Spanish guitar, without getting flustered. 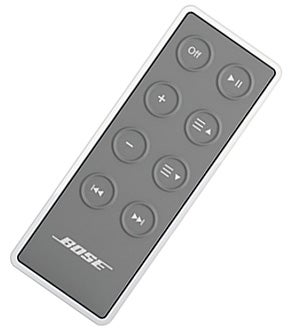 I fed it everything from Metallica to Muse and had not a single complaint. The sound is a little too warm and fluffy-sounding at times, and compared to a proper hi-fi separates system sounds boxy, but these aren’t really comments that are fair to apply to a portable system. 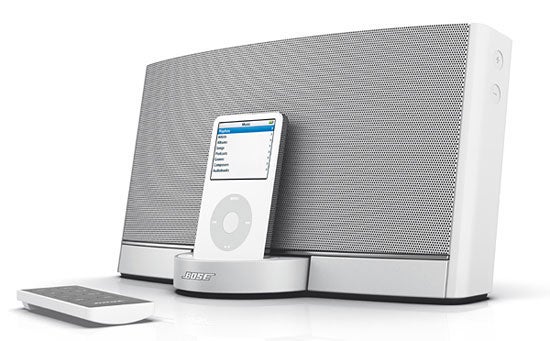 A more serious concern with the Bose SoundDock was that the supplied remote control is pretty useless. It has play, pause, skip track and volume buttons on it and even what look like a couple of menu buttons. But with an iPod nano plugged in, the latter failed to work in any kind of sensible way, and left me with no way of browsing the iPod’s music library. You can’t even activate shuffle mode with this remote – in fact the easiest way of picking the tunes you want is to do it on the iPod itself. And this proves fiddly with it standing in the SoundDock’s cradle.


The main stumbling block with the SoundDock isn’t anything to do with its design or sound quality. In fact, this is a well-designed rechargeable speaker system that does the job it’s designed to do well, notwithstanding the ineffectual remote.


It’s the price that really sticks in the craw: £280 is a lot for most people to spend on their main hi-fi system, let alone one to put in the kitchen and use in the garden occasionally. And purchasing accessories will bump that up even further. The bag is £40 and if you want a spare battery you’ll have to fork out an astonishing £70. Good though the SoundDock is, it’s certainly not worth that much.