Many people’s first experience of ‘proper’ noise cancelling headphones will have come courtesy of a pair of Bose cans, supplied to cancel out the hum of aeroplane engines in business class. Bose has been involved in the technology for some years now and seems to have the airline business well and truly sewn up. I’ve also seen its earbuds bundled with some MP3 players: the Samsung T10 for instance has a decent pair of Bose phones included. But strangely it hasn’t yet gone for the biggest growing sector of the headphone market – in-ear headphones – in a particularly big way. 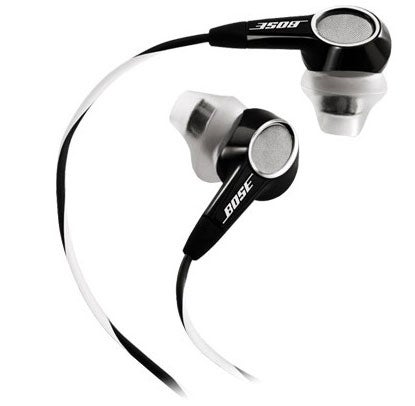 In fact it currently only has one pair of headphones in this sector – the Bose in-ear headphones – and these represent a pretty an odd way of dipping the corporate toe into these highly competitive waters. I say odd because, while virtually every other manufacturer has focused on noise canceling canal phones of late, Bose’s newest headphones are, in fact earbuds. Not in the traditional sense – they do have silicone rubber tips that extend inside your ear canal – but they don’t create an airtight seal. The main body of the silicone rubber tips actually sit outside the ear canal and the result is that, though slightly more effective than a standard pair of iPod-style earbuds, they don’t cut out external noise to any great degree.


This is clearly a pair of headphones designed to turn heads, though. Rather than plain black cables, they’re decked out with rather fetching stripy black-and-white wires. These cables are also thick and feel well up to being trapped in your jacket zip a few times, while the joints at each end are similarly well put together. Other nice touches include a 3.5mm jack skinny enough to fit the iPhone’s headphone port directly, and a decent range of accessories. In the box is a rectangular soft case with enough room to stow headphones plus a small MP3 player, a clothing clip to keep the wires from tugging at your ears, and a lanyard that allows you to hang the phones around your neck when you’re not listening to music.

In fact the only disappointment here is that the cabling system isn’t modular. Headphones such as Sennheiser’s similarly-priced CX 95s have cables that can be split in two, which means if you have a mobile phone with a modular hands free extension, you can take calls without having to unplug your ears. 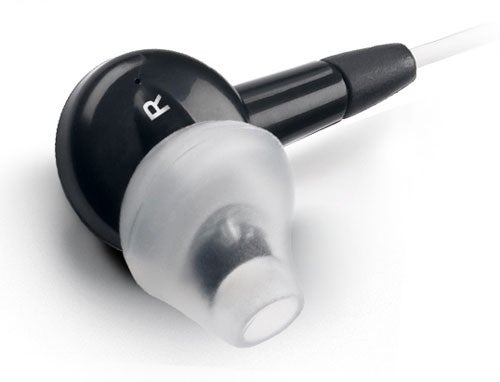 The principal benefit to the odd earbud-style design of these headphones is, however, comfort. The silicon tips – of which small, medium and large fittings are supplied with the phones – sit perfectly in your ears. There’s none of that burning, aching sensation that you can get through extended use of tight-fitting canalphones, and they also feel far lighter in your lugs than standard earbuds. Another plus is that there’s less of the cable-rub amplification that you get with completely sealed canal phones.


In theory, an earbud design such as this also allows much more room for drivers too, so it’s easier to achieve top level sound quality for less cash. Keen to test this theory out, I grabbed my current favourite headphones at this price – the aforementioned Sennheiser CX 95s – and settled down for an extended back-to-back listening session. I hooked each pair of headphones up to my Sqeezebox and portable headphone amp to ensure top quality at the source level. 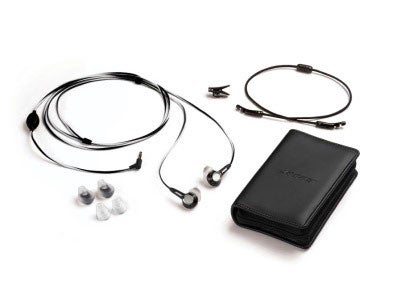 Kicking things off with some laid back jazz – Pat Metheny’s atmostpheric album, Map of the World – and a difference was immediately apparent. The Bose phones didn’t appear to have the punch, detail and clarity of the Sennheisers. With the CX 95s you can hear the ‘deliberate’ hiss on the original recording and all the extra sounds around the edges, such as the buzz of Metheney’s guitar strings as he plucks them. In comparison, the Bose phones are far less involving, floating on top of the music rather than delving down deep into the guts of it.

Don’t get me wrong, they’re not bad at all – quite a pleasant listen, in fact – but they’re just not as involving as the best in class. Moving on, I picked a more challenging piece of classical music, Mozart’s Requiem, as the next test. The complex choral depths of this piece, as well as being one of the most powerful classical pieces you’re ever likely to hear, also have the useful side benefit of stretching audio components to their limits, and in the case of the Bose headphones, it was a stretch too far.


That sense of not being too involved with the music was accentuated here. With the CX 95s, the piece made the hairs on the back of my arms stand up; the Bose phones sounded good, but I didn’t care quite as much. They added a slight muffling veil to the music, which robbed it of power.


This was confirmed by shifting the source material dramatically to heavy metal and Metallica’s classic black album. Again I had few serious complaints – the sound was balanced and reasonably detailed – but plug in the CX 95s and you get a whole new world of bite, attack and aggression; just what you want when listening to metal or heavy rock. 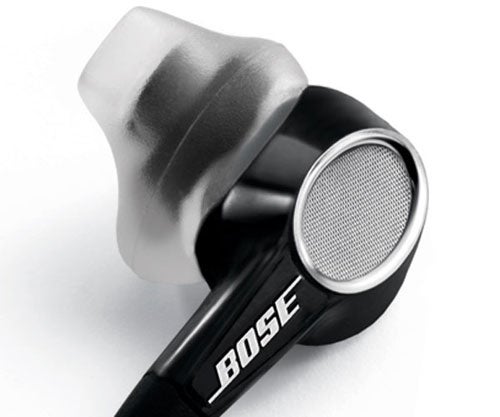 
There’s no doubt that Bose’s in-ear headphones are a quality product. They’re well-built, come with a respectable selection of accessories, work with the iPhone out of the box, and are an extremely comfortable option for those who just don’t get on with canalphones.


But the sound quality, while balanced and reasonably detailed, isn’t quite up there with the best in class. If you have this much cash to spend on a headphone upgrade, I’d advise choosing a pair of the superlative Sennheiser CX 95s. They’re more involving to listen to, and the noise isolation design means you can enjoy that quality without having to turn the volume up too loud.