What is the MultiTalent 3 food processor?

Limited room in a kitchen has often meant one of two things: either opting for a basic food processor with a limited number of tools, or using every crevice in your kitchen to store numerous add-ons in a Jenga-esque stack. The Bosch MultiTalent 3 MCM3501MGB presents a new option: seven accessories that translate into more than 50 functions, with standard tools stored inside the processor bowl, plus integrated cable storage. This makes the MultiTalent 3 a lean machine that can chop, slice, shred, beat, knead, whisk, grate, grind, crush, whip and blitz in a smart and compact package. 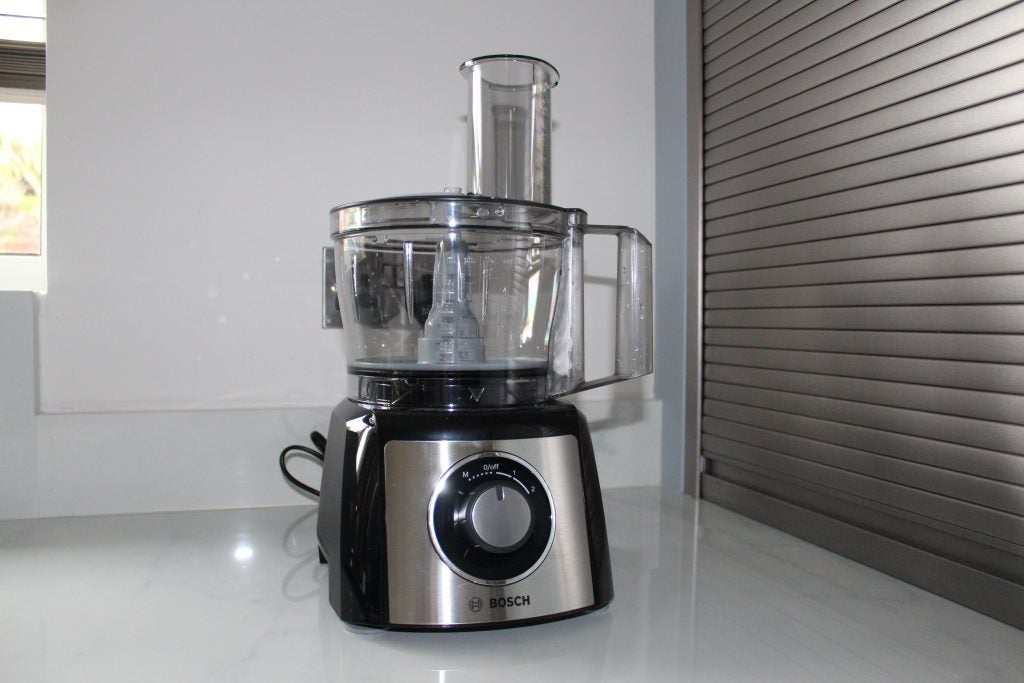 The design of the MultiTalent 3 doesn’t reinvent the wheel but it does present a more thoughtfully refined version. For starters, the sleek base unit is lighter than most, with the controls stripped back to offer a fast and slow speed, plus pulse; the latter is labelled M, for ‘moment’. Each container (the main bowl, liquidiser jug and grinding jug) twists and locks easily into place, with the tools for the bowl slotting onto a spindle.

There are two blade inserts that are compatible with both jugs, although only the blending blade is intended for use with the liquidiser. The universal cutter jug, meanwhile, can handle anything from a small amount of food, such as herbs, hard cheese and meat, to grinding coffee, nuts, spices and grains. 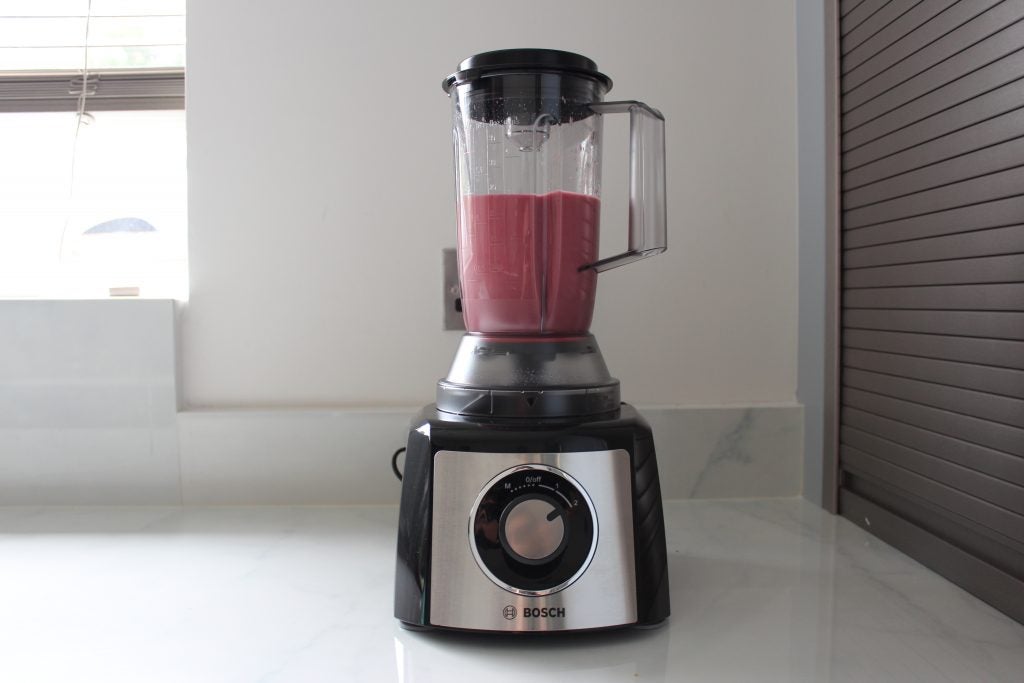 It’s a good thing that putting the processor together is straightforward, because the instructions entail some re-reading. A quick-start guide would have been useful. Familiarising myself with the parts was also confusing, especially since a bladeless insert used for whipping was referred to as a chopping disc.

There are a few recipes included. I started by making bread dough using the maximum recommended 500g of flour and the kneading hook. Adding all the dry ingredients to the bowl and mixing for 10 seconds on low, I then poured in the liquid through the lid. The dough combined quickly before being kneaded. Despite the sucker feet on the base, the force of the kneading spun the machine on the worktop around 45 degrees, so I was unable to leave it unsupervised. After allowing it to be kneaded for a few minutes, I removed the dough. It was of a good, springy texture and proved well. A little flour was left under the spindle and hook, but it was easy to clean. 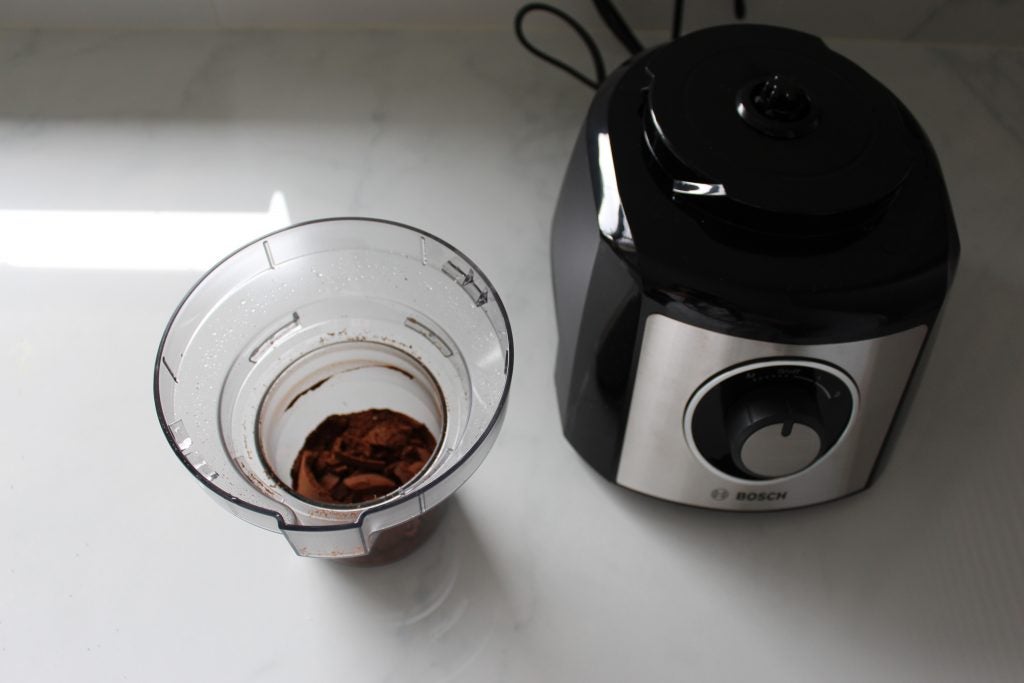 Next, I inserted the disc for whipping and added three egg whites to the bowl. Turning the MultiTalent to the high speed, I left these whisking for three minutes. The resulting egg whites were stiff and remained in the bowl when inverted. It wasn’t clear from the instructions if it would then be suitable to whisk in sugar to make meringue, so I had to remove the contents before doing so in another bowl.

Changing the disc for the multi-level knife, I added quartered onion to the bowl and used the M pulse function to control the degree of dicing. This worked better than using a constant speed, and while there were one or two larger pieces remaining tehreafter, most of the onion was consistently chopped in seconds – a task that would have taken minutes by hand. I moved on to using the thick side of the slicing disc to process courgettes on the slow speed with the lid’s pusher. This was especially efficient, producing regular slices of the veg from top to tail. 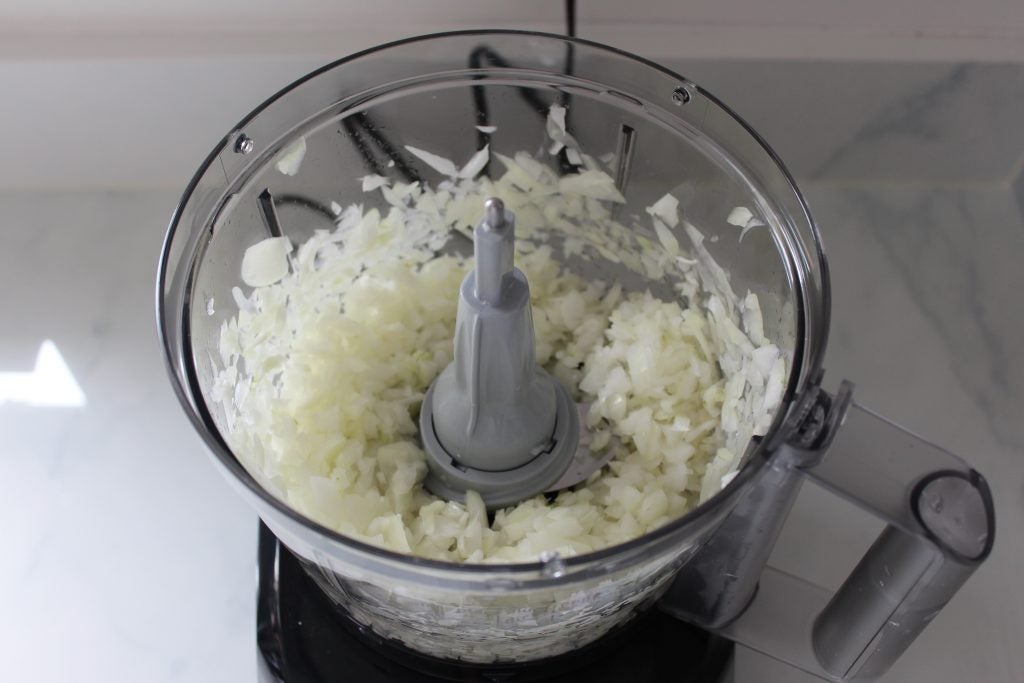 Swapping the bowl for the grinding blade and jug, I filled it with coffee beans and ground them on the high speed for a few minutes. The longer it was processed, the finer the coffee became. However, it also tended to clump, so removing it was messy. There were also some bigger bits of coffee bean remaining.

Performance from the slicing and grating discs was adequate. Remnants got stuck at the top of the machine sometimes, but fortunately not very much. I found that the grated/sliced parts were very evenly done. There’s the option of two speeds, plus pulse, and I tended to use the lower setting. Finally, I used the liquidiser jug and the blending blade to make a milkshake with strawberries, ice and milk. Selecting the high speed, I whizzed it together for about 30 seconds. Some shards of ice remained but, otherwise, all traces of the fruit had been incorporated into the mix and the texture was frothy and smooth.

Clean-up afterwards was simple, since all parts of the MultiTalent 3 bar the screw-in blades can be popped into the dishwasher. Washing by hand was also straightforward, since there no awkward crevices for food to become stuck. 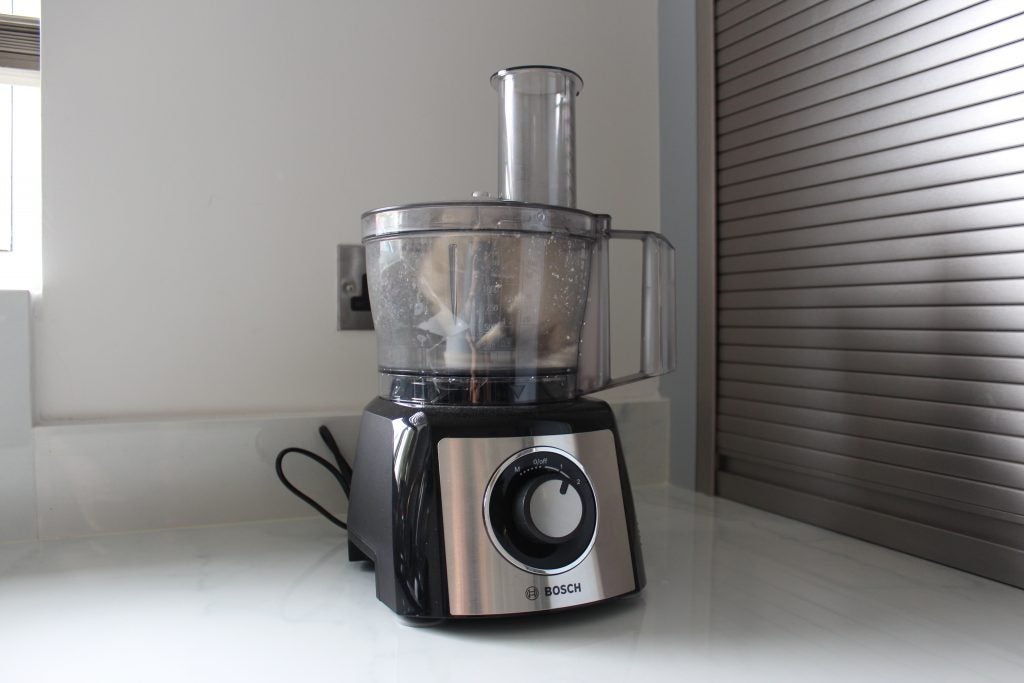 Should I buy the MultiTalent 3 food processor?

Where the MultiTalent excels is in taking the hassle out of fresh food prep, making it ideal for anyone who loves to cook from scratch but lacks the time to chop and dice. In this respect, it’s great for families, small households, or those on a health-kick. It’s well priced for the number of functions on offer and it has plenty of power for its size – but keen cooks may find its capacity limiting.

A big offer in a small package – the MultiTalent is a worktop workhorse.