The Bosch ALS 2500 is a mains powered combined leaf blower, garden vacuum and shredder. It performs all these duties yet comes in at under £70, making it a versatile and low cost option for all your garden cleaning needs. It also offers variable speed further increasing the jobs it’s suitable for.

The ALS 2500 is based on the tube-swapping design of multi-purpose blower/vacuum tools. A single central section houses the motor and controls with different configurations of tubes and bags then used to either blow air out or suck it in. This is as opposed to the all-in-one designs that just require a switch to alternate functions.

In this regard the ALS 2500 is – like all such multi-purpose garden vacs – an inherently slightly cumbersome tool. You’ve got a lot of tubes and other accessories to store and keep track of, and this is only exacerbated by the fact that this is a mains powered unit so you’ve also got a long power cable to contend with. That’s just a fact of these types of tools. 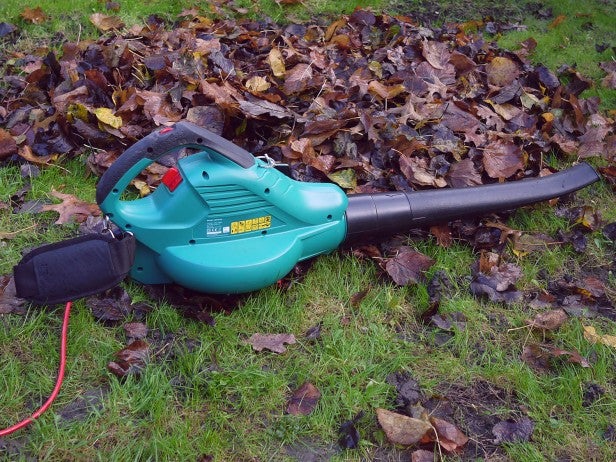 Looking in more detail at the ALS 2500’s design, in blower form it measures 90 x 30 x 20 cm, making it relatively compact. Remove its blower nozzle and this reduces right down to 45 cm long, making it making it easy to store. Of course you still have all the other accessories to store but at least the main body isn’t too big.

The full list of accessories consists of the intake cover, the blower nozzle, the collection bag, a two section vacuum tube and a shoulder strap. Thanks to the vacuum tube being in two sections none of the parts are longer than 52cm, which again makes storage a little easier.

Weighing 3.2kg, it’s a little lighter than some competitors but build quality seems not to have suffered because of this – it feels sturdy and more than capable of surviving a life in the wild.

In terms of specific features, the ALS 2500’s standout is its variable speed. A dial on the top edge of the handle can be used to bring the tool’s speed down to about half its maximum 2500W output. It’s a shame it can’t be reduced right down for use in more delicate situations but it does at least give a little bit more control.

The mains cable is a plentiful 8m long, though, and is coloured red to make it a bit easier to see in amongst the mud and grass. 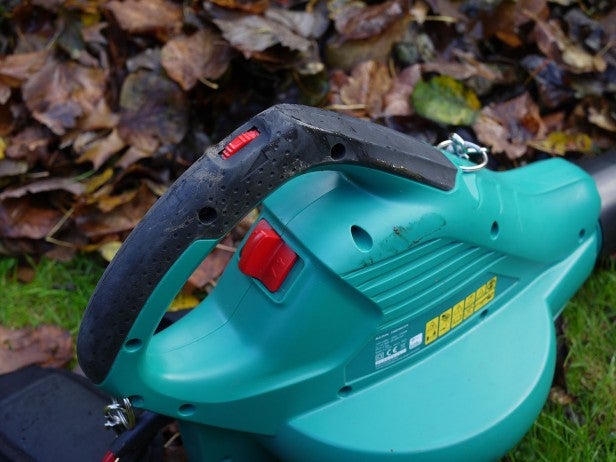 The outlet of the unit uses a simple push button release system which makes swapping the blower nozzle and collection bag quick and easy. The intake side, though, uses a slightly more cumbersome twist on then clasp lock system. It’s not difficult per se but certainly not all that slick either.

We found the balance of the machine when in blower mode was not very good. A strap is included to take the weight of the unit but we found this would either slip off our shoulder and then get sucked into the intake or if worn across the body it would limit manoeuvrability. Without it the unit is a little too front-heavy to be comfortable, especially given the power it outputs. A two handle design would be much more secure and manoeuvrable.

When combined with the difficult to reach power switch it makes general operation a little cumbersome. The two handed Stihl BGA 85 is far easier to wield.

Only one blower nozzle is included and it’s of the squashed and bent variety, with the opening wider than it is tall and bent upwards slightly to provide a better angle when the blower is held in its downward position. 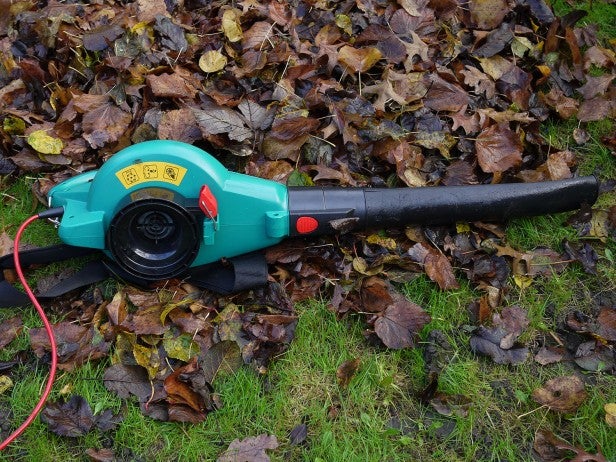 The output from the machine is very powerful but that small outlet means the jet of air can sometimes shoot straight under or through larger piles of leaves. This means you require more passes to get the lot shifted. It’s not as bad as on the weaker and even smaller Bosch ALB 18 LI but it definitely trails units with wider outlet nozzles.

As for the variable speed, it’s a useful addition as it allows you to run at a lower speed for less demanding jobs. However, the control is not very fine and you can’t drop it low enough to be useful for use round delicate vegetation or for, say, blasting away the cobwebs in your garage – it would take everything on the shelves with it.

In our tests with 3kg of wet leaves on a wet 40m2 lawn we had the lot piled up in around five minutes and we measured its range at between 6 and 7.5ft depending on what speed it was running at. This compares well to other mains powered blowers, though again it required a few more passes to clear this area. The range would increase in dry conditions but our damp test makes for a good worst case scenario.

Testament to the limited effect of the variable speed is just how little
the volume drops. We measure the ALS 2500 in blower mode at 85dB and it
only dropped to 84dB in low speed mode.

Switching to vacuum mode does take a bit of effort but no more so than any other multi-function tool of its type. The only slight stumbling block is taking apart the vacuum tube when you’re done – it requires quite a lot of brute force.

One thing we do like here is the way the collection bag clips securely onto the underside of the vacuum tube, providing a convenient place for it to hang. The zip for unloading the bag then also sits at the back edge so it’s easy to empty without having to move the bag around.

The much maligned power switch also falls into a slightly easier to reach position in this configuration too, making it just possible to operate it with the one hand. Meanwhile the strap also comes in much more useful here. It takes the weight of the device and its limiting of movement isn’t so much of an issue when vacuuming. There’s also a second handle on the vacuum tube which makes manoeuvring even easier.

As to actual vacuuming performance, it was very impressive, guzzling up our 3kg of leaves quickly and easily, and in one bag full. The tough-looking fan blades do an excellent job of shredding the leaves into roughly 2cm size pieces, making the output ideal for either leaf mould or composting.

Also note this machine can’t be used to vacuum up not shreddable waste such as litter. Some alternatives offer this ability as a third function. 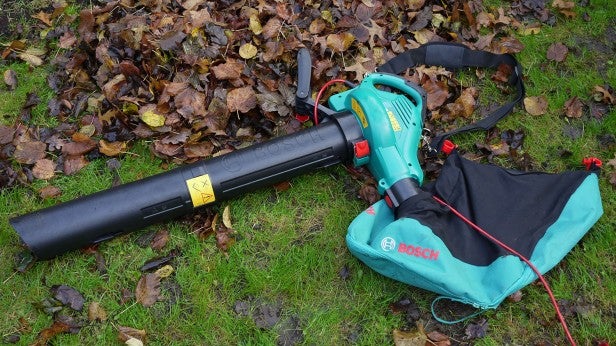 The Bosch ALS 2500 is a perfectly competent, well built garden tool. Its powerful output makes light work of all blowing and sucking duties and its variable speed provides a degree of extra control. It most definitely does the job.

However, we do have a few ergonomics complaints. The main power switch is awkward to reach when in blower mode and the lack of a second handle also makes it a bit of a strain too. The variable speed is also more of a token gesture, though is still a welcome addition.

All this and we’re still not convinced there is any particular advantage to this style of multi-purpose vac/blower. All the changing of tubes – and finding somewhere to store them – is far more hassle than the all-in-one devices that just change functions with the flick of a switch. Sure the latter are bigger overall but they’re just one device.

The Bosch ALS 2500 gets the job done but doesn’t quite excel in any one area and is let down by slightly below par ergonomics. It’s a solid, low cost option but not one that sets itself apart.