Using a mobile phone behind the wheel has been illegal for some time now, but despite the threat of a £60 fine, driving license penalty points and – of course – the very real risk of being involved in an accident, many people just don’t seem to care. You only have to stand by the side of a busy road for a few minutes to see that.


Perhaps some are put off by the thought of installing a proper kit in their cars – garages charge a fortune for putting in integrated devices. But there’s really no need. If you absolutely have to answer the phone while you’re driving, Bluetooth headsets and hands-free kits are readily available and very cheap these days. But how do you go about choosing a hands-free kit, when there are so many on the market? A good place to start would be the Parrot Minikit Slim Hugo reviewed recently, but if you can’t stretch to £56, then the cheaper, £30 Bluetrek Surface Sound Compact could be just the thing. 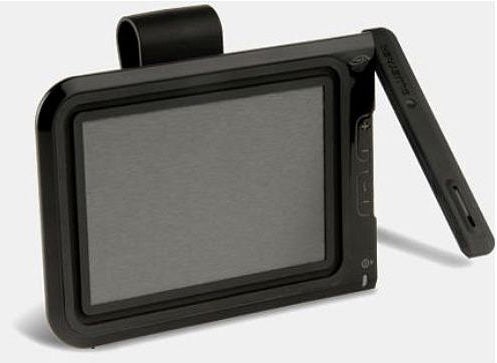 As you might expect for a budget device, it’s an unassuming piece of kit: just a plain black rectangle, with few distinguishing features. It doesn’t look particularly pretty, or ostentatious – though this is probably a good idea for something you’re likely to leave in the car on full view.


But that plain exterior hides a host of clever ideas and features. The first thing to point out here is that this isn’t designed to stick to the windscreen, like most hands-free Bluetooth kits, but to clip to your sun visor instead. It’s an ideal place for a hands-free speaker because it’s right in front of you so that the microphone, which neatly hinges down, falls right next to your mouth. As with the Parrot Minikit Slim there are some disadvantages to this approach, namely that if you need to use the sun visor, the speaker and mic end up on the wrong side. But, for the most part, it’s an eminently sensible design. 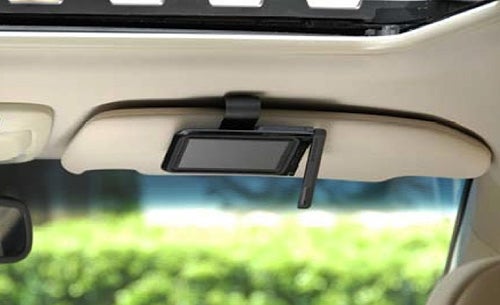 That hinging microphone has a secondary benefit as well. Fold it backwards and, out of the car, you can turn the Surface Sound into a desktop hands-free speakerphone. The boom acts as a kickstand so that the speaker can be propped up on a table in front of you – very handy for setting up impromptu conference calls while you’re out and about.


It’s simple to use too. Phone calls are answered with a simple button click and the volume can be adjusted easily as well. The controls are situated on the right edge of the device underneath the microphone boom – a rocker for the volume and a single button for answering, hanging up and redialling the last number in your call history. Another nice feature here is that there’s no on/off switch to fumble about for; the simple act of swinging down the microphone boom activates the Compact and, vice versa, stowing it away switches it off. Usefully, the Surface Sound has a small collection of voice alerts that tell you what it’s doing. It will announce when it’s successfully connected to your phone, for example (“handset connected”) and it will warn you when the battery is running low too.

Perhaps the most interesting thing here, though, is the bit that enables this hands-free kit to be so slim – its speaker technology. Instead of the usual cone-based driver, a large, flat-panel speaker dominates the front of the Surface Sound Compact. It’s not quite as elegant as the vibrating panel ‘speaker’ used by the Parrot Minikit Slim. It’s surrounded with ugly black rubber trim, has a dull grey, textured surface, and it’s a larger device in terms of its overall surface area.


But in terms of sound quality this flat-panel speaker delivers. It goes very loud and even in a very noisy cockpit, with the windows open, I found I could hear the person on the other end of the line quite clearly. The microphone, too, which features echo cancellation, works well – delivering your voice in a clear manner to the person you’re speaking to, though inevitably it’s not quite like using a phone clamped to your ear. Phone call recipients reported a slightly boxy sound quality. 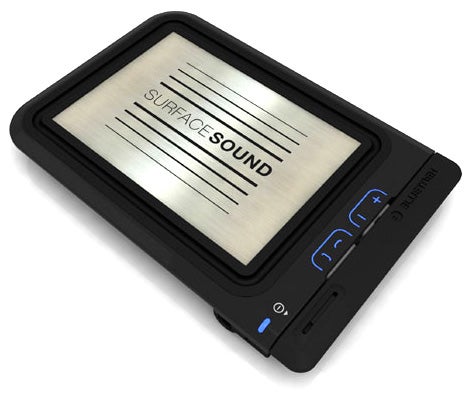 The Surface Sound can’t quite match the Parrot on innovation. It doesn’t have its own text-to-speech and speech recognition engine, for instance. But since many modern smartphones come with their own voice command and recognition software, for a lot of users that won’t be an issue. I tested it with a couple of Windows Mobile smartphones that used Voice Commander software, and dialling contacts by voice worked very smoothly indeed.


Nevertheless, it does have the basics covered. Battery life from the integrated rechargeable lithium polymer unit is respectable at 15 hours talk-time and up to 22 days standby. And the box has all the extras you need. There’s a 12v car charger – a modular one, usefully, so you could use it to charge other non mini-USB mobile devices when you’re not topping up your Compact. Plus there’s a mono earbud for connecting to the device’s 3.5mm audio output if you want a bit of privacy.


Exciting is not a word I’d ever use to describe a Bluetooth hands-free kit, but the Surface Sound Compact is more interesting than most, and it’s well-put together to boot. It’s unobtrusive, sensibly designed and the quality of the speaker and microphone, most importantly, is fine.


It may not be the prettiest thing in the world, but its price – at £30 it’s a considerable £26 cheaper than the Parrot – does make it attractive in another, more practical, way.