Following hot on the heels of the Blackberry Bold 9900, RIM has introduced an updated version of the Torch. As well as the new Blackberry OS 7 software, it also has a beefed up processor, more memory and an improved camera that’s capable of shooting HD video. But is there enough on offer here to temp new user to switch to a Blackberry device, or is it just preaching to the converted?

Externally, the Torch 9810 doesn’t look all that much different to the previous version of the handset. The colour scheme has been changed slightly, so the phone now has a black and sliver look, rather than the dark chrome finish used on the previous model. There’s also a dimpled pattern on the battery cover that makes the phone a bit more grippy to the touch. However, the dimensions of the handset are pretty much identical to the old version and its weight is unchanged at 161g. As a result, it still feels like quite thick and a tad old fashioned when placed next to most other touchscreen smartphones around at the moment. 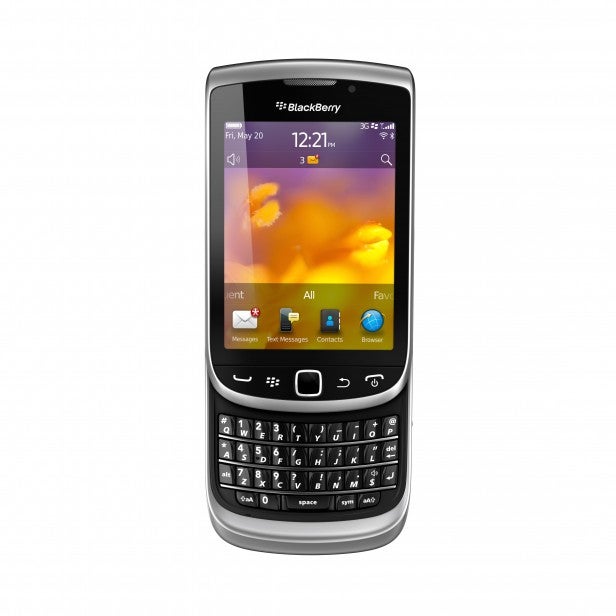 In part its chunkiness is due to the QWERTY keyboard, which slides down from behind the screen. The sliding mechanism feel pretty solid, if a little on the stiff side. And the keyboard is quite comfortable to use. It’s got similar keys to those found on the Bold 9900, so each key has a rising edge on the side nearest the centre that helps make them easier to hit with your fingers and thumbs. However, the fact that all punctuation marks are accessed via the Alt key is a tad annoying. Also, the predictive text engine lags behind what you get on the iPhone, Windows Phone 7 or Android OSes, as it only really picks up the most obvious mistake. At least the keyboard is backlit, though, which is handy if you’re trying to tap out an email or text message while walking home late at night.

One area that has been improved substantially, compared to the previous phone, is the screen. It’s still the same size at 3.2icnhes, but the resolution has been upped significantly from 480×360 to 640×480 pixels and the difference is remarkable. Packing that many pixels so tightly together really does make everything look razor sharp — from text and icons to photos and videos. It’s bright too, with excellent contrast and bold, vivid colours. 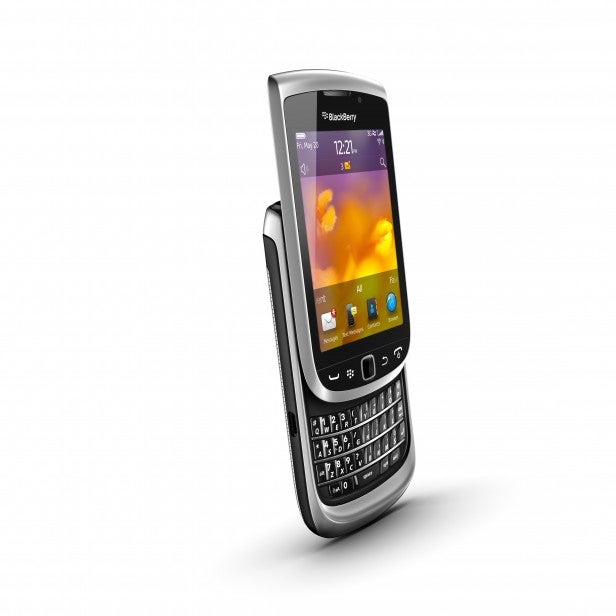 Beneath the screen you get the usual line-up of buttons including the optical joystick in the middle, along with two call controls buttons, the back key and the Blackberry button. There’s really little need for the optical joystick, seeing as you can just reach out and touch the screen to zip through menus or scroll around web pages, but we guess Blackberry just includes it for those who are used to it from their previous, non-touchscreen handsets.

Naturally, the lock and mute buttons remain at the top, while the volume control rocker switch and programmable key (which is set by default to control the camera) are found down the right hand side. Unfortunately, Blackberry has also put the headphone jack here, so it tends to snag when you’re taking it out of your pocket.

The Blackberry Torch 9810 has 8GB of memory onboard, which is an increase of 4GB on the older model. There’s also an microSD card that can accept cards of up to 32GB in size, and cards are now thankfully hot swappable. The processor has also been beefed up considerably. Like the Bold 9900, this model now uses a 1.2Ghz chip compared to the 624Mhz one that was found in the Torch 9800. There’s also support for OpenGL graphics, which was missing on the older device. The faster chip really does help the phone to provide a much more fluid experience. Menus glide around effortlessly, apps open quickly and there’s a general level of snappiness that was missing from the Torch 9800. 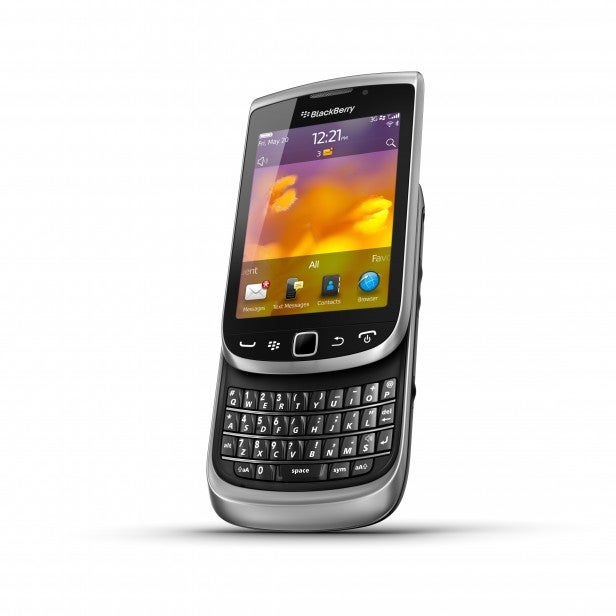 The phone runs the new BB7 OS that we first saw on the Bold 9900 handset. It includes a number of updates, but the OS still suffers from a bit of Jekyll and Hyde character. On the one hand the new Liquid interface offers plenty of pretty icons and smooth transitions, but on the other hand you’re never very far away from text heavy menus that just don’t sit right on a modern touchscreen phone. This version of the OS is friendlier than previous iterations, and existing Blackberry users will probably love it, but those new to the OS are likely to feel that it’s a bit of a mish mash. The firm really needs to get its new QNX-based Blackberry 8 OS out the door as soon as possible if it’s gong to compete with the slick design of Apple’s IOs and Microsoft’s Windows Phone 7.

That said, the web browser has been massively improved. It’s much faster at rendering pages, and zooming and scrolling is also very smooth. However, unlike the browser on the latest Android devices, it doesn’t support Flash, so a lot of embedded video on websites doesn’t work. Blackberry’s strength still remains on the email front, though. Push email may not be a novelty any more, but what’s always surprising about Blackberry’s implementation is the way that its system works so well even in areas with dodgy data coverage.

Sadly, the call quality on our test handset was a bit of a mixed bag. It could have just been our particular sample, but the earpiece tended to distort at higher volume levels, so it was quite harsh on the ear. It seemed to do a good job at holding on to weaker signals, however, and the mic did deliver clean and clear audio. 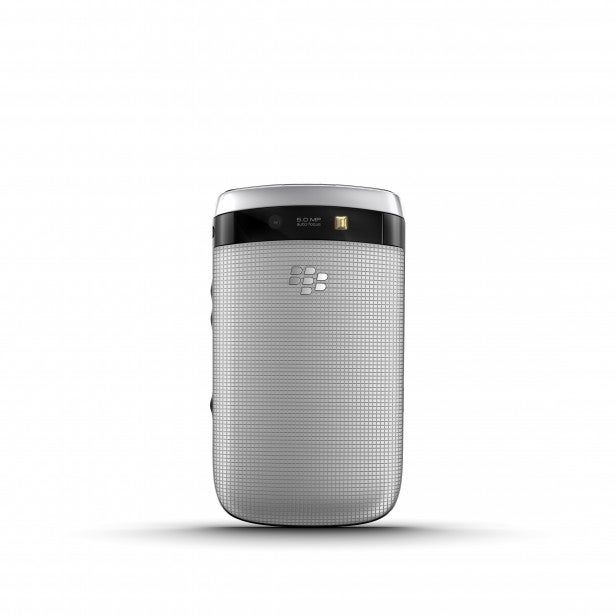 Battery life used to be one of the real strengths of Blackberry phones, but like the Bold 9900, the Torch 9810 is a bit average in this department. We found that we could get around a day and a half out of it before it needed a recharge. That’s better than a lot of smartphones, but not as good as older Blackberry models.

The 9810 uses a 5.0 megapixel camera and thankfully, unlike the Bold 9900, this one has autofocus, which is handy when taking close-up shots of business cards and the like. The camera is quick to respond when you press the shutter button, something that’s not always the case on a lot of smartphones. Shots tend to have rich colours, and detail is generally quite good. However, on outdoor shoots in bright sunlight it sometimes seemed to darken the picture and add in a lot of noise – something you’d usually associate more with indoor shots taken under low light. The camera can also shoot 720p HD video. Here the results were generally good when videoing slow moving material, but when there was lots of action or movement in the frame the apparent resolution and sharpness dropped substantially.

Verdict
Overall, the Torch 9810 is a decent handset. It feels responsive to use, the screen is excellent and the physical keyboard is also good. However, the user interface feels a bit clunky and cobbled together, and isn’t likely to be all that friendly for those new to Blackberry devices. So at the end of the day, this is a good Blackberry, but it’s also a long way off troubling the best of the smartphones on the market right now. 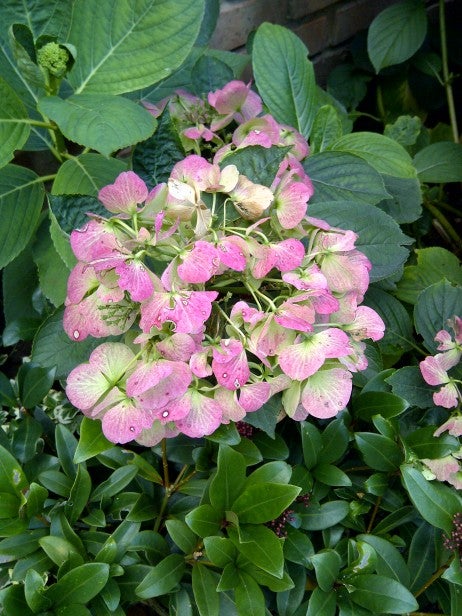 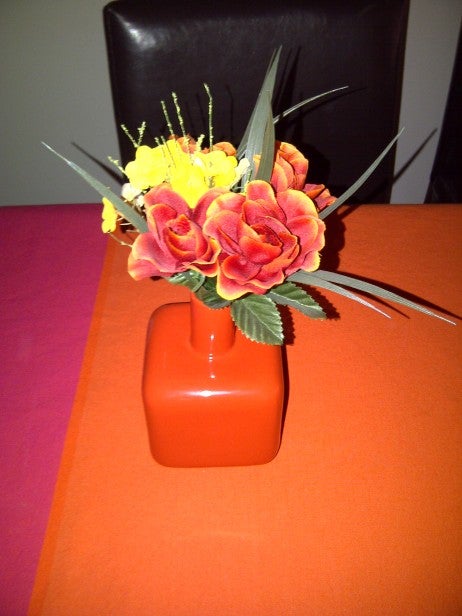 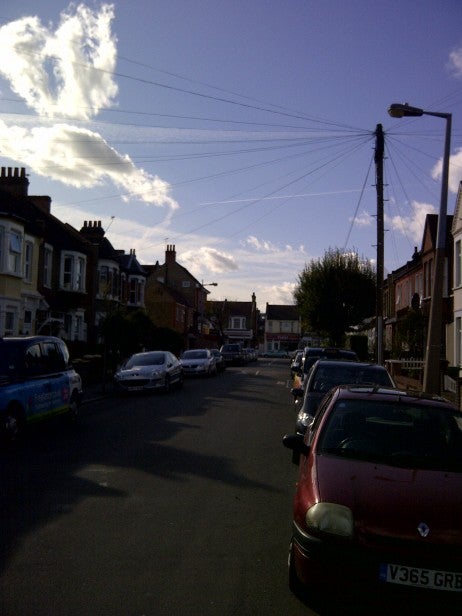