“This is one of the most important product introductions in our history,” said RIM president Mike Lazaridis at the official launch of the BlackBerry Torch 9800. Phrases such as “uncompromising”, “exciting” and “amazing” were also banded about, highly unusual language for a company which tends not to believe in hype. It was clear the pressure exerted by iOS and Android was telling and here was RIM’s best shot at striking back.


The Torch represents RIM’s most daring hardware and software to date. It is the first BlackBerry to combine a physical sliding Qwerty keyboard with a multi-touch capable touchscreen and it is also the launch device for BlackBerry OS 6.0 – the heavily overhauled platform which RIM hopes will add a consumer-attracting polish to the typically perfunctory OS. 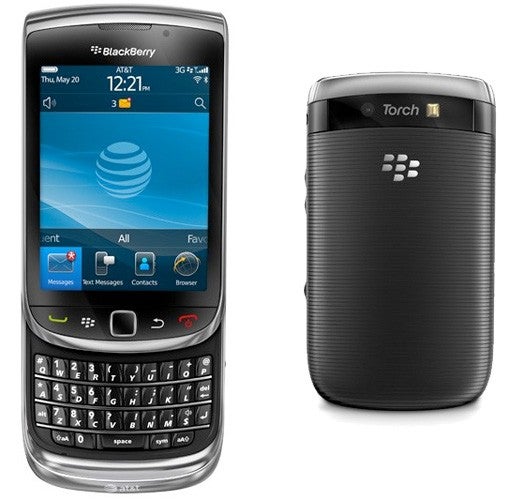 From the outset, however, there’s an immediate sense of apathy. The design of the Torch itself isn’t inspiring, being part BlackBerry Storm, part Palm Pre. Its dimensions (111mm x 62mm x 14.6mm closed, 148mm x 62mm x 14.6mm open) are somewhat bulky and at 161.59g it isn’t light. Construction is also adequate, if not inspiring. The plastic back feels hollow and cheap with the mix of matt and glossy finishes tacky alongside the rubberised volume and camera buttons.


In fairness the Torch does feel good in hand, BlackBerrys often do – but the 3.2in touchscreen, while responsive, feels small for late 2010; at just 480 x 360 pixels there is a lack of sharpness compared to the iPhone 4 (960 x 640) and latest 800 x 480 Android and Windows Phone 7 handsets. This wouldn’t be so bad if RIM has installed a first class physical Qwerty keyboard, but though pleasingly tactile it is narrow and the reduced size of the keys mean typing fast will take time to master. To use it isn’t a patch on the Bold 9700. Infuriatingly, RIM still positions its 3.5mm headphone jack on the side as well – useless for listening to music if you carry the phone in your pocket. In short it feels like a design constructed by committee, an attempt to draw gasps which instead generates shrugs. 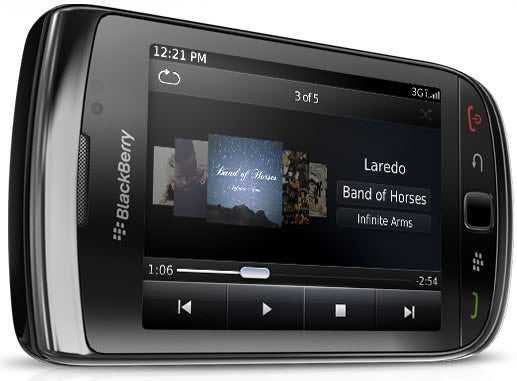 Internally things get little better. The 624MHz processor lags behind the circa 1GHz chips seen in its rivals, internal memory is limited to 4GB and video recording is just VGA at 24fps, when 720p HD has become the new smartphone minimum. The five megapixel camera is a BlackBerry first, but while it improves upon the 3.2MP shooters seen in the Bold and Storm shots lack sharpness and colours look washed out. Storage can be bolstered via the microSD expansion slot and the usual essentials are there (3G, WiFi, GPS, Bluetooth, a Proximity sensor), though the lack of a digital compass is disappointing. Battery life is good, lasting well over a day even with heavy use, but as the flagship device for a brand new operating system it is desperately lacking in inspiration.

Thankfully these days software is more important than hardware and RIM has made major steps with BlackBerry OS 6. Style and swagger has never been the main selling point in buying a BlackBerry, but now it does have a visual polish which eclipses Android – even if webOS and iOS designers won’t be having sleepless nights. Welcome changes include a fully customisable home screen with multiple views based on content type (All, Favourites, Downloads, Media, etc.), fewer menus, new icons, slick transitional animations, and a media player which no longer feels like an afterthought – complete with Coverflow-style album art. Media syncing can also be done via drag and drop, iTunes or even over WiFi.


As for RIM’s first attempt to implement multi-touch, it has both hits and misses. As contact is made with the screen initial sensitivity is good, but the reaction to pinching and pulling to zoom doesn’t feel natural. By the time your fingers have left the screen you’ll typically find what you are left with has either zoomed too far or not far enough. Adjustments can be made in settings, but despite a lot of fiddling it never felt as easy as Android or as smooth as WebOS or iOS. Hopefully future software updates will bring improvements. At least SurePress is nowhere to be seen, though the basic virtual keyboard is cramped and doesn’t make the best use of its context sensitive abilities meaning most BlackBerry addicts will likely stick with the physical Qwerty.


One major plus point for BlackBerry OS 6, however, is the introduction of Universal search. Like the Palm Pre, just slide out the physical keyboard and start typing. Apps, music, contacts, notes and emails are all checked and can be filtered in or out via user preferences. Operation is fast and while most mobile OSes have this functionality already it is easily as good as the competition.


Less successful is the long awaited Webkit browser. Yes it finally brings desktop quality web page rendering to the BlackBerry platform and yes it is a vast improvement on what went before, but both Flash and HTML5 video support is missing. The limited horsepower in the Torch means complex pages are slow to render and zoom (via multi-touch) as well when compared to Android or iOS. Like much of BlackBerry OS 6, it may be the best RIM has done to date, but it doesn’t close any major gaps on the competition.


That said what RIM continues to excel at are core elements of the phone: call quality (sharp and clear), BlackBerry Email and Messenger. For many these are the most important aspects of buying a RIM handset and from that perspective the Torch will satisfy. Then again those who have yet to pin their colours to the good ship BlackBerry are unlikely to find them strong enough reasons to convert.


The BlackBerry Torch symbolises RIM’s attempt to move into a new era. A combination of new form factor and overhauled OS suggest it is keen to prove it can keep pace with the breakneck momentum behind Android and iOS adoption. The problem is while some lessons have been learnt others are painfully ignored and the age-old BlackBerry office functionality remains the primary pulling point. Consequently the Torch is an odd beast: potentially too radical for the boardroom yet unappealing to the high street. I still expect great things from RIM, but the Torch isn’t it.