With the new 8520, BlackBerry is targeting mainstream users rather than those who would traditionally buy a smartphone. This is reflected in it’s price as the handset will be available for free on £25 a month contracts or alternatively pay as you go users will be able to get their hands on it for around £200, which is pretty cheap by smartphone standards. 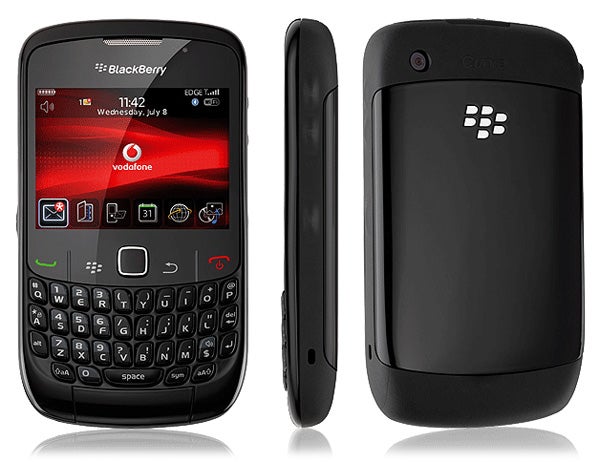 The 8520 will look instantly familiar to anyone who’s used one of BlackBerry’s Curve handsets, except for one new addition. BlackBerry has chosen to introduce its new optical trackpad on this phone. This replaces the company’s iconic, mini trackball, or ‘pearl’ as RIM liked to call it.


RIM’s representatives have indicated to us that this new trackpad is likely to be used across all new Curve devices mainly because it has no moving parts and so is less prone to dust and dirt. This being so, it really needs to deliver the goods. We’ve been fairly unimpressed with optical touchpads on devices like the HP iPAQ Voice Messenger, but thankfully the one on the 8520 is in a totally different league. It’s a pleasure to use as it’s both accurate and responsive and really we didn’t miss the old style track ball at all. You can also adjust its horizontal and vertical sensitivity to customise the speed at which it zips around icons on the screen. 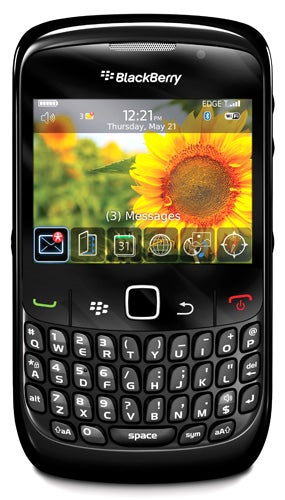 As the new trackpad doesn’t stick out from the case like the old trackball, RIM has now made the four main buttons under the display sit completely flush with the screen giving the handset a much sleeker look than previous Curve models. It has also changed around some of the other controls. For example, gone are the lock and mute buttons at the top of the screen to be replaced by a row of three rubberised media transport controls – two track skip keys and a play/pause button. The traditional side mounted buttons have also now been ‘weatherised’, so they’re not as exposed to the elements as they used to be. 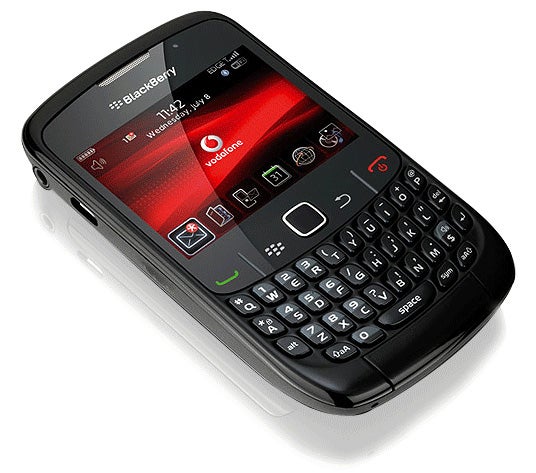 RIM has also sensibly added a standard 3.5mm headphone/headset jack so if you don’t like the supplied headset you can swap it for your own cans, although you’ll lose the hands-free functionality. The addition of a standard headset jack is welcome, but RIM has annoyingly placed it on the left edge of the phone rather than at the top with the result that lead tends to snag when you’re taking the handset in and out of your pocket.


On the plus side the 35-key backlit QWERTY keyboard is excellent as ever. The keys may be small, but as they’re slightly raised they’re easy to hit with your fingers and thumbs so tapping out emails is not a problem. The transmissive screen is also nice and bright making videos and pictures look surprisingly vivid. However, at 2.46in it’s relatively small by today’s smartphone standards and only has a resolution 320 x 240 pixels so it feels a tad cramped when you’re using the web browser. The handset itself measures 109mm in height, 60mm in width and 13.9mm in depth, and weighs in at 106g.

Connectivity is also a bit of a mixed bag. On the one hand you get Wi-Fi for fast web browsing at home or when you’re within range of a hotspot, plus Bluetooth for use with car kits or stereo headsets. However, there’s no GPS and this is yet another BlackBerry that doesn’t support 3G at a time when it’s difficult to find a smartphone from any other manufacturer that doesn’t feature 3G support. That said, the lack of 3G isn’t really all that noticeable when you’re using the device for email due to BlackBerry’s clever compression technology. However, it’s a different story with the web browser as when you’re away from a Wi-Fi signal and working over the mobile EDGE network it can be pretty slow to load pages in the browser. 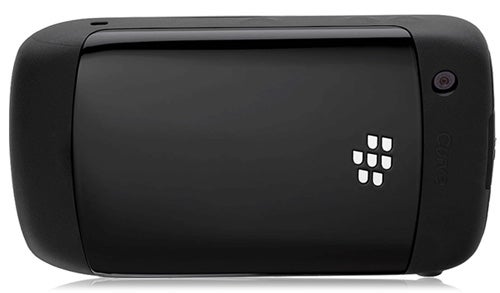 But despite the small screen and lack of 3G support, the browser is actually pretty decent as it feels responsive and is easy to navigate using the onscreen cursor via the optical trackpad. It also does a pretty good job of rendering sites, although it does muck up the formatting every now and again on really complex pages.


As with all BlackBerry devices the 8520’s messaging features are top class. It’s easy to set the phone up to receive push email from an existing email account via the BlackBerry web service and its instant messages support is also excellent with ICQ, Google Talk, Windows Live Messenger and Yahoo Messenger all present and correct. What’s more, there’s a great little Twitter app preloaded and you can download extras for Facebook and Myspace for free via the BlackBerry App Store. 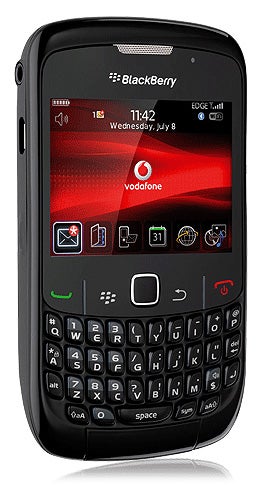 The camera, on the other hand, is a bit disappointing, especially for a device that’s primarily aimed at consumers. It has a 2.0-megapixel resolution so there isn’t a huge amount of detail in the shots it takes. Photos taken outdoors in good light look decent, but as the camera lacks a flash or autofocus it really struggles indoors leaving you with dark and noisy photos. The camera can also be used to take videos at a resolution of 320 x 240, but the results look a tad jerky. Video format support covers MPEG4, H.263, H.264, and WMV3.


As the 8520 is quad-band compatible you can use it in most countries around the world and as with many of the BlackBerry’s we’ve tested in the past it’s call quality is excellent. The ear piece is nice and loud, the mic isn’t over directional and even the speakerphone function works quite well, boosted by the beefier speaker RIM has used for this model.


One of the traditional strengths of BlackBerry devices is their long battery life and here the 8520 is no different. From a full charge you’ll get around three days of medium usage out of it for emailing, phone calls and a bit of web browsing, which is very impressive.


The BlackBerry Curve 8250 is certainly a little light on features, with 3G and GPS the most serious omissions, but the phone still manages to rise above these limitations. It’s the combination of its excellent email features, long battery life and easy to use interface that make it so likeable and as a result we think it’s a good choice for those who want more than a standard mobile, but haven’t got the cash to go the iPhone or HTC Hero route.