If you can excuse the rather geeky pun based on its new round navigation button, RIM could be said to be on something of a roll at the moment. Back in early March we had the mobile phone sized Pearl, with its numeric number pad and SureType text entry system. It was followed up rather quickly by the more traditional BlackBerry style 8800 which we also reviewed and liked a lot. 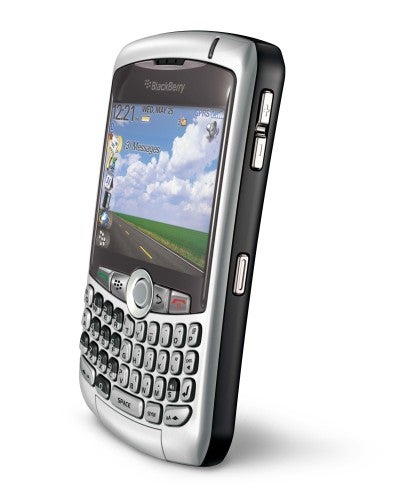 Now, hot on the heels of that pair comes the Curve 8300. As I write this review the Curve has been stocked by Vodafone where it is available from free to £127.66 depending on your tariff, and on O2 where prices also start at zip.


This latest BlackBerry might look a bit familiar. In fact it is very similar to the 8800. Sitting the two devices side by side, the silver of the Curve and the black of the 8800 are obvious differences, as are the rather different keyboards with the Curve sporting small, well separated keys, while the 8800 has larger keys. 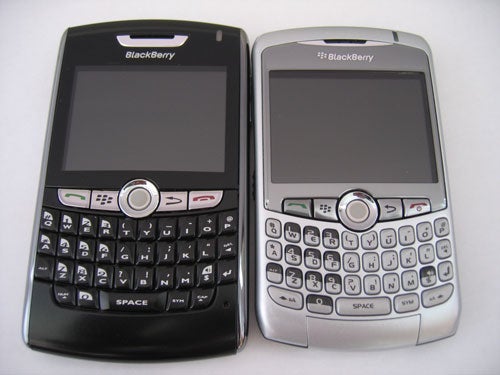 
On the inside, one of the key differences is that the Curve lacks a GPS antenna which the 8800 does have. However the Curve comes with the BlackBerry Maps application and has Bluetooth built in so with a Bluetooth GPS antenna you could do turn by turn navigation. Note, though, that maps are downloaded over their air, so you’ll need to budget for the download costs. 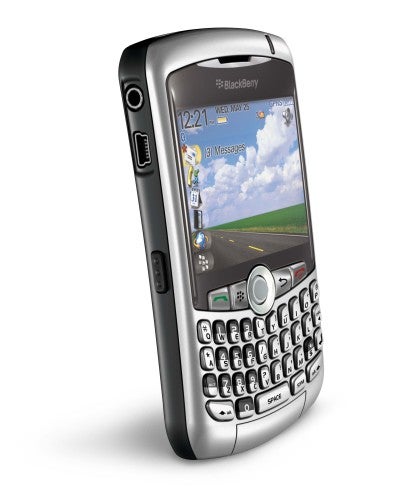 Its relatively small size makes the Curve comfortable to hold for voice calls. The silver and black colour scheme doesn’t break any new ground, but I do like the rubberised feel to the left and right edges, which make the Curve that little bit easier to grip. And no, before you ask, I can’t fathom why it is called the Curve. It is not particularly curvaceous.


RIM must know that it is facing stiffer and stiffer competition from Microsoft and Symbian in the area of mobile email, and that those two operating systems can also handle consumer friendly technologies very well – the most notable of these being multimedia.

So RIM is fighting back with the Curve in an attempt to produce a BlackBerry with consumer appeal. The most significant aspect of this is that the BlackBerrry Desktop Manager includes for the first time a Media Manager. This is based around Roxio software from Sonic.

This is quite a comprehensive application. You can use it to rip CDs to MP3, create and manage playlists, and copy music to the Curve. You can also use it to copy pictures to and from the Curve and to manage your PCs media library. For someone who is not already using a media manager, it could be a useful application in its own right.


If you would rather not bother with the Media Manager the Curve’s internal memory can be accessed simply by connecting the device and your PC at which point it functions in Mass Storage mode. You can only get to the flash memory using this method, though, not to the device’s internal memory. 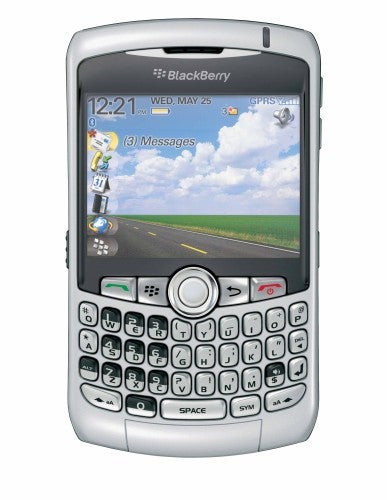 The Curve’s 3.5mm headset and stereo earbuds are also a step in the right direction as far as consumer multimedia is concerned, though I had to use my own headphones to get a sound quality I felt I could live with, thereby waving goodbye to handsfree calling.


As a multimedia device the Curve needs plenty of memory. There is just 64MB on board, but earlier I mentioned flash memory. This comes in the shape of microSD cards. Unfortunately, RIM has elected to put the slot under the battery cover next to the SIM where it is very awkward to get at.


There is a camera here. Not so long ago RIM would have looked in horror at anyone suggesting they might include one in a BlackBerry, and the 8800 is camera free. The Curve’s 2-megapixel resolution is in the ‘good enough’ bracket. Its colours can be a bit washed out and I wouldn’t suggest you consider the flash as good for much. You can set photos as the home screen images, so kiddies, pets and significant others beware.


The basic mobile email element remains intact, of course, and this time around benefits from a spellchecker. I can’t help wondering why it has taken RIM so long to realise that this is a must have requirement for mobile email.

During testing the mobile email features it worked pretty well. I used the BlackBerry Internet Service, designed for POP3 email users, and was certainly kept up to date with all the really important email and (regrettably) the spam that wings into my various inboxes.


The Internet Service keeps a constant eye on whatever POP3 accounts you ask it to and delivers emails it spots to your BlackBerry as it retrieves them. Of course how rapid this is will depend in part on the efficiency of the sender’s, and your own, email server(s) and in part on network coverage. Either way, you can force a check for new messages whenever you want to.


It is easy to choose to delete emails from just the device or from the server as well, the latter option being great for spam filtering, but I do have two issues with email management.


First, I’d love to be able to flag individual emails from the full list and then delete the lot from the device and server. As it is you have to delete them individually or can delete in bulk all those which arrived prior to the one currently selected, but you can’t hand-pick a selection (eg the obvious spam) to delete en masse. 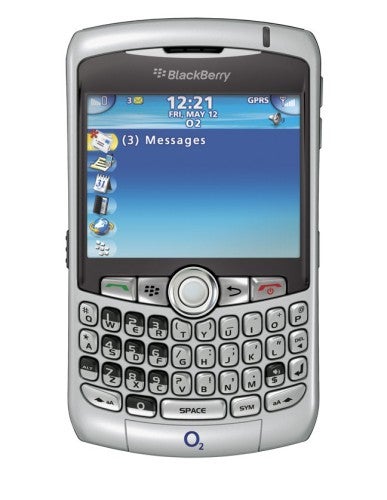 Also, sorry RIM but I am not a huge fan of the round trackball known as the ‘pearl’. I find it needs too many swipes with the thumb – something bigger might be easier to get to grips with. But there is no doubt that putting the navigation key dead centre beneath the screen instead of using a side mounted scroll wheel makes the Curve equally efficient for both left and right handed users.


The screen might look a little lost in amongst the keyboard and control buttons, but its 2.5 inches corner to corner, 320 x 240 pixel resolution and 65,000 colours aren’t out of kilter with what you can expect from today’s Windows Mobile smartphones and PDAs.


This is a Quad-band phone with GPRS and EDGE support, though without either 3G or Wi-Fi it can hardly be said to be at the cutting edge. These and the absence of the GPS antenna, which was one of the wow factors of the 8800 are sad omissions.


I tested the battery by asking the Curve to play music non-stop while its SIM was active – i.e. while it was performing its mobile email function. It gave me nearly ten and a half hours of life. It also lasted me for a four day period away from home providing mobile email and a few voice calls (but no music listening) without recourse to mains power.


The Curve is certainly a neat little BlackBerry, small and light, and comfortable to use. I’d have liked Wi-Fi and 3G but at least RIM is clearly working hard at developing its multimedia capabilities. For a first attempt in that respect the Curve does pretty well.