Unusually for a brand generally associated with a computing background rather than a video one, BenQ has thus far used DLP technology for its home video projectors. But not today. For in making its cheapest movie projector yet, the sub-£600 W500, BenQ has turned to LCD for the very first time. But will the W500 suffer for BenQ’s LCD projector inexperience? Or will the opposite be the case?


First impressions are pretty good, with the W500 sporting an attractive little body soothed by slightly curved edges and given drama by a two-tone silver and white colour scheme. 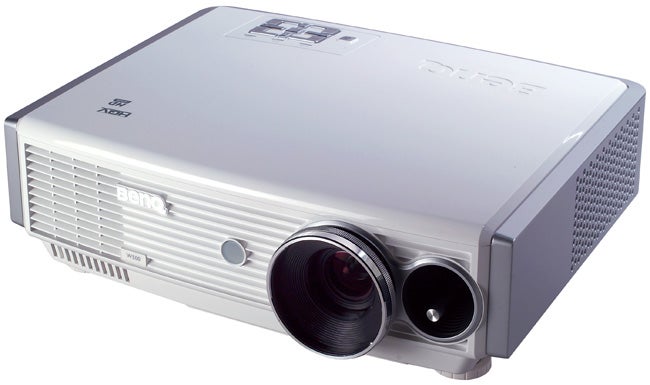 It’s not overburdened with connections, I guess, but with its HDMI input, component video input, D-Sub PC port and standard composite and S-Video options, the essentials are certainly catered for. It’s worth noting that the W500’s HDMI is only built to the v1.2 standard, and so is not compatible with Deep Colour technology. But if you ask me this isn’t really a major deal on such a budget projector.


Although the remarkable InFocus X10 DLP projector proved that Full HD resolutions can be bought for under a grand, it’s really no surprise to find the considerably cheaper W500 sporting an HD Ready 720p resolution rather than 1,920 x 1,080 pixels. This inevitably means it can’t do the whole ‘pixel for pixel’ HD presentation thing, for the ultimate in HD image purity. But it has a surprisingly nifty trick up its sleeve to help get round this in the shape of the Hollywood Quality Video (HQV) picture processor from Silicon Optix.

This system has proved uncannily good on other projectors at resizing both standard and high definition sources to suit different projector resolutions, so unless it’s bizarrely lost the plot on the W500, it can be considered a really great discovery on such a cheap projector.


Other specs of the W500 are quite promising, too. The claimed maximum brightness of 1,100 ANSI Lumens is very high for this price level, as is the claimed contrast ratio of 5,000:1. This contrast ratio is dependent – as usual with LCD technology – on a dynamic iris that continually adjusts the amount of light output through the lens based on an analysis of the image content. Such dynamic iris systems can cause flickering or brightness ‘steps’ if not done well, so that’s definitely something we’ll need to be on the look out for with the W500.

Setting the W500 up is rewarding and frustrating in more or less equal measure. On the upside, in a move intriguingly reminiscent of Panasonic’s latest LCD projectors, you can shift the image left, right, up or down using a sublimely easy joystick arrangement on the projector’s front. The zoom and focus rings are quite well calibrated, too, and the screw-down levelling legs work more effectively than most.


On the downside, the lens tends to move up and down when you’re merely trying to adjust the focus and zoom, and the amount of optical zoom at your disposal is depressingly limited at just 1.2x. 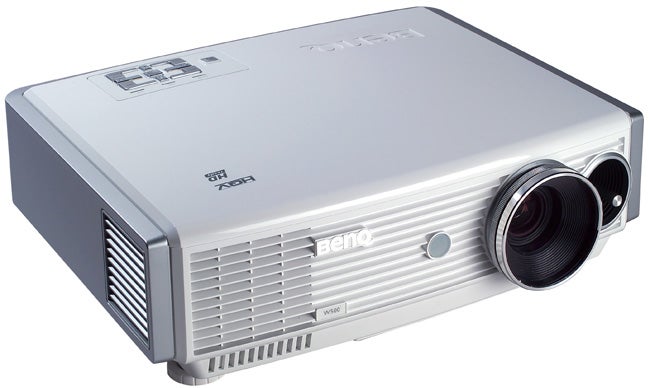 The lens is a short-throw design, at least, helping the W500 suit the relatively small rooms it’s likely to find itself in given its price. We also strongly suggest you check out BenQ’s rather nifty projection distance calculator to ensure that the W500 will work for your available space before buying one.


Plus there are a few presets including a handy Cinema Mode; Eco and Normal lamp output settings (I’d recommend Eco for all movie viewing); overscan adjustment (we stuck with zero for this); and a digital zoom you can use to get round the shortage of optical zoom. However, please take heed that using the digital zoom can seriously damage your image quality’s health… 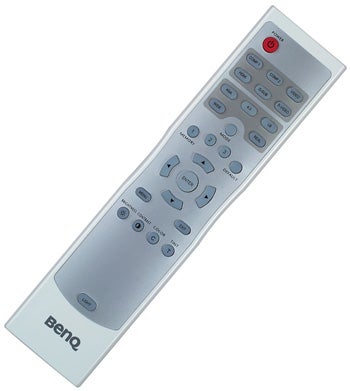 First impressions of the W500 in action are a little underwhelming. For instance, coming to it after a run of good quality DLP models, I couldn’t help but notice how inferior its black levels are, no matter how much I tweaked all the various menu options. For instance, while the 0 IRE setting delivers more shadow detail, it leaves dark scenes looking decided grey where they should be black. But if you switch to the 7.5 IRE setting, although dark areas get darker, shadow detail disappears into the abyss.


Using the lamp’s Eco setting and dynamic iris options delivers more consistently enjoyable assistance, but somehow I just never quite managed to get black levels looking as good as I would have liked. Perhaps because of this, I also found colours looking a little peaky at times during dark scenes. For instance, some of the skin tones during the many night-time sequences in ”Batman Begins” on Blu-ray look a touch red.


One final niggle is that the 720p resolution means it’s possible to see some minor traces of pixel structure in the image, especially if you’re sat relatively near to your screen.

Thankfully, though, the W500 has a decent amount of good points to set against the flaws I’ve just covered. For starters, the HQV processing engine does a superbly good job of rescaling both standard and high definition sources to the 720p native pixel count. In fact, in HD’s case the resizing is nearly flawless, with startling amounts of fine detail and sharpness being retained and practically no processing noise being added, even around the edges of fast moving objects like all the flailing limbs during the Olympic taekwondo finals.


Even with SD sources, though, the W500 manages to make digital broadcasts and DVDs look noticeably sharper while actually suppressing noise rather than adding it. I’ve seen projectors costing three times as much fail to upscale standard def as successfully as the W500.


It should also be said that colours during bright scenes are much more natural than they are during dark scenes, and brightness levels are extremely high for such an affordable projector, making it a great friend of your average video game.

Any concerns we may have had about the W500’s dynamic iris, meanwhile, prove almost completely unfounded, as it actually performs so subtly that we never found ourselves distracted by it.


The W500 handles motion surprisingly well, too. Even when watching a 1080p/24 source there’s precious little judder to report, and although HD images from a Sky HD box occasionally became a bit twitchy, this was soon rectified by powering the projector off and on again. I’ve seen such HDMI twitches before, by the way, so the W500 is by no means uniquely troubled in this respect.


The final point to make about the W500’s performance is that it’s about average when it comes to running noise. The fans certainly can be heard, but not excessively. And the noise produced is, at least, very smooth, with no additional ‘gear shifting’ noise audible from the dynamic iris.


With a price under £600, the W500 was inevitably never going to challenge the best projectors out there. If you’re a real movie buff on a tight budget, you’re certainly better trying to scrape together another £300 or so for the InFocus X10.


That said, for all its black level and occasional colour shortcomings, the W500 has still got more than enough going for it to be well worth considering if you’re looking for a fairly casual, ultra-affordable projector for general TV, sporting event and gaming use.