Back in November 2009, BenQ launched the great value W1000 home cinema projector. Sure, it had its issues, but nothing that couldn’t comfortably be forgiven within the context of a sub-£1,000 price. In fact, at that price level, the BenQ’s brightness, rich colours and raw picture drama really helped it stand out.


So we’re positively brimming with excitement at the arrival of the new, improved, even cheaper version of the W1000: the cunningly named W1000+. 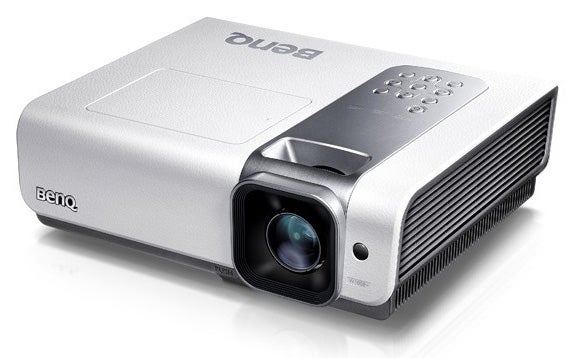 Starting with the pricing, BenQ has somehow knocked a significant amount off the price, making the W1000+ just £750. Including VAT. Considering we scored the W1000 a 10 for value at just under a grand, this new price attached to a supposedly improved projector could take its value mark off the scale. Or in Spinal Tap terms, the W1000+’s value rating might just ‘go to 11’…


Whatever upgrades BenQ might have made for the W1000+ aren’t apparent from its exterior, however. For sadly it’s still a rather plasticky, unstylish and business-like machine. The white finish of most of the bodywork should, on paper, work quite nicely with the silver used for the lens barrel and control button strip – but somehow it just doesn’t hang together.


The W1000+’s connections don’t show signs of change either. Though this isn’t such a concern, since the connections rate as very strong for such a cheap machine, thanks to its twin HDMIs, D-Sub PC port, component video port, and USB/RS-232 control ports.

The projector even carries audio inputs, for the good reason that in keeping with many cheap, ‘convenient’ projectors it carries built-in audio, via a 3W speaker.


This obviously is hardly the stuff of home cinema dreams. But that’s not its point. Rather the speaker is there to help people who take the projector out and about for games or footie match nights, since it relieves them of the need to always finding some external audio system if they want sound to accompany the projector’s pictures.


The original W1000 also had a built-in speaker, though, so there’s nothing different here. Instead, our search for reasons why the ‘+’ has been added to the W1000 takes us inside the W1000+’s optics. Where the single most potentially important change is the discovery of a revamped colour wheel.


This wheel has been tweaked in three different ways. First, it’s a revamped design with a new coating on it. Second, its waveform software has been fine-tuned. But probably the single most important change finds the colour wheel being increased, to give a 3x speed.


This speed boost is unlikely to be enough to completely remove the appearance of DLP’s rainbow effect (stripes of pure red, green and blue) from the W1000+’s pictures, but it should certainly reduce it versus the original W1000.

The new colour wheel has also apparently led to an improvement in the projector’s colour temperature, allowing BenQ’s engineers to steer it closer to the 6500 Kelvins reckoned by pretty much everyone to deliver the best results with video viewing.


Another potentially significant development, presumably also caused by the improved colour wheel, is that the W1000+’s full on/full off contrast ratio has gone up to 3,500:1 from the W1000’s 3,000:1, hopefully resulting in a slightly more punchy image. 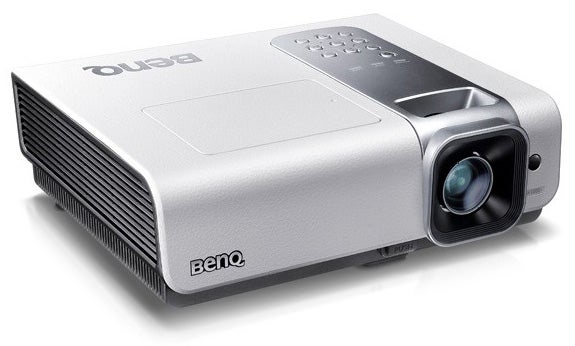 We won’t go into all the picture adjustment options available on the W1000+ again here, having covered them in depth in our original W1000 review. But we certainly should stress how remarkably wide-ranging its adjustments are, running to such finery as a full colour management facility, gamma presets, colour temperature control, and white balance control (via red, green and blue gain and bias adjustments).


The only weird thing about all this is that despite throwing everything but the kitchen sink at fine-tuning pictures, the W1000+ remains as lacking in a couple of fundamental setup aids as its predecessor was. As in, there’s no optical vertical image shifting, and only a pretty limited 1.2x optical zoom. The lack of vertical image shifting means some people will have to rely on keystone adjustment to get the edges of their images perpendicular, which is hardly ideal given that keystone essentially ‘deforms’ the picture from its native state.


Happily, though, the W1000+’s tweaks really have led to an improvement on the picture quality of the original W1000. 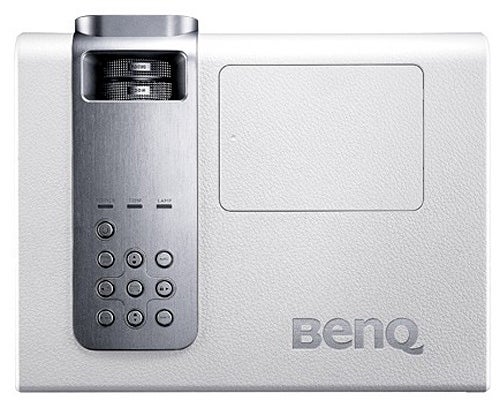 The most immediately obvious and welcome advance concerns the rainbow effect. For while the new colour wheel certainly hasn’t entirely removed it, it has reduced it considerably. So much so that now for 90 per cent of the time you only see it if you actively go looking for it – say by flitting your eyes quickly left and right across the screen, or waving your fingers in front of your eyes. Neither of which activities, of course, you’d be likely to do under normal viewing conditions!


There’s a gentle improvement with colour reproduction, too. Or at least that’s the case after spending considerable time recalibrating the colour palette. For in its out of the box state, the preset colour values tend to look either over-vigorous or rather yellowy.


Also striking about the W1000+’s pictures is how rich colours look. This is especially true with the projector’s BrilliantColour mode active – even though usually we’ve found this colour boosting system from DLP’s creator, Texas Instruments, to be best avoided, as it tends to push colours too hard and exaggerate noise.


With the W1000+, though, we’d recommend that you leave BrilliantColour on, even though it can indeed make pictures look slightly noisier, because strangely, in a phenomenon we hadn’t really noticed before with DLP, the BrilliantColour mode seems to produce less obvious rainbowing than the projector’s normal mode.

The W1000+‘s punchy colour palette gets decent extra definition, too, from what’s a really good contrast performance for the price. Dark parts of the picture look a fraction deeper than those of the original W1000, and peak whites look a touch crisper. And this is improving, let’s not forget, on what was already a very respectable contrast performance for such an affordable model.


The good news isn’t over yet, either. For the W1000+ deserves credit, too, for how sharp and detailed its HD pictures look. Its Full HD native resolution and quite aggressive (in terms of contrast and colour) approach to picture reproduction, especially with BrilliantColour engaged, makes its images look sharp and textured almost to a fault, at times. We noticed shortcomings in the complexions of some of our favourite stars, for instance, that even projectors many times more expensive don’t expose. 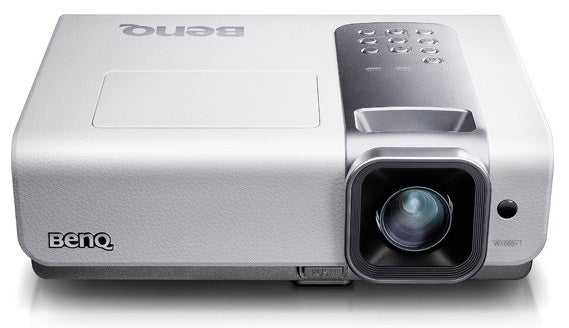 This sharpness is slightly better than it was on the original W1000, moreover, because the improved colour wheel appears to have also boosted the projector’s clarity when showing objects moving across the screen – or camera pans.


The sharpness is so acute, indeed, that it might not to be to everyone’s taste. In fact, now we come to think of it, there’s a general brashness about the W1000+’s pictures, with their high brightness, strong colours and exaggerated detailing, that might not sit too well with very refined home cinema palettes.


But then it seems unlikely that a truly refined home cinephile would only be looking to spend £750 on a projector. Instead the W1000+’s most likely buyers are relatively casual projector fans unlikely to have the sort of totally blacked out, perfectly organised home cinema room higher-end projectors might like to find themselves in. And to those people, who will likely have a relatively poor screen (or just a matt wall) and likely some ambient light around too, the W1000+’s in-your-face approach is just what the doctor ordered.


One last point to mention concerns the W1000+’s running noise. The cooling fans can be quite noticeable when you’re running the projector in its Normal mode – which we’d recommend if you’ve got some ambient light to contend with. But the racket diminishes quite nicely in the lamp’s eco setting, without brightness being compromised as badly as you might expect.


If you’re after genuine big-screen thrills without the big wallet spills, then the W1000+ is simply the most ridiculously great-value entry-level projector we’ve seen to date.


Sure, spending more can get you a much-enhanced performance. But the bottom line with the W1000+ is that it performs well enough to rival projectors costing hundreds of pounds more, making us wonder if a lovely new round of industry-wide projector price slashing might be just around the corner…