BenQ’s M2200HD Monitor is something different. It’s a white 21.5in LCD monitor, which in itself is a bit unusual, but it adds to this with multiple connectivity options, an included webcam and a Full HD 1,920 x 1,080 resolution. Better still, all this goodness can be yours for under £200.


Admittedly taking the M2200HD out of its packaging evokes a sense of déjà-vu, since its chassis is exactly identical to the BenQ M2400HD reviewed a month ago. Unfortunately this means the M2200HD has the same build quality issues as its 24in cousin: though plastics feel solid enough, even the slightest adjustment leads to excessive creaking. 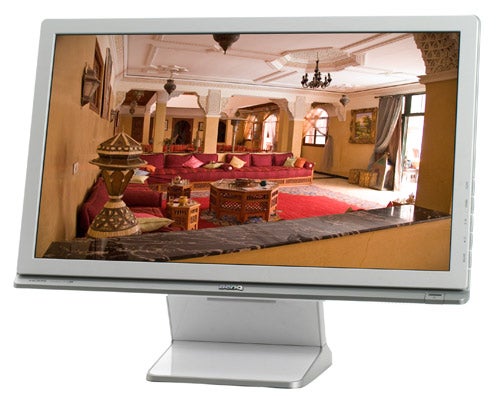 In fact, the M2200HD has been slightly downgraded from its larger cousin where build is concerned, in that the metal plate strengthening the base in the latter has been left out. Admittedly the base feels strong enough on its own, but its lattice-work reinforcement doesn’t inspire as much confidence as the full bases used by some of the competition such as the ViewSonic VX2260wm.


Aside from this, there are no complaints with the chassis, though it’s definitely one that seems to value utility over looks, as is apparent by the unashamedly large power button and the menu labels in plain sight on the display’s bezel. For those who haven’t read the M2400HD review, let’s give it a quick once-over. 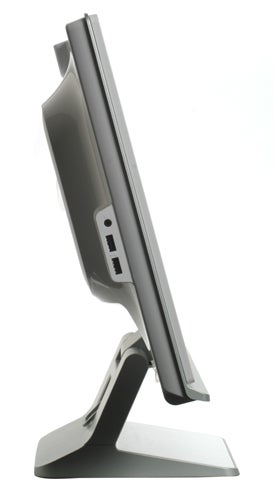 As one of the few white displays in these days of piano-black-everything, the M2200HD does have a chunky appeal. Its glossy white bezel is quite narrow except at the base, where its width is disguised by a silver section that terminates in a strip surrounding the whole screen. A similar silver strip goes around the stand’s base, while the power button features a large, dim green LED.

Installation is easy: just click in the base and you’re done. Adjustability is limited to tilt and while this is pretty much the norm for an affordable TN-based display these days, the flawless ergonomics of the £168 BenQ G2200WT shows that it really shouldn’t be. However, the monitor’s other features more than make up for it.

Connectivity, for example, is exemplary. Not only do you get VGA, DVI and HDMI around the back, but there’s also 3.5mm audio in port and a connection for a USB hub. This hub offers four ports: one at the back, two at the side and one at the screen’s top, which is custom moulded to house the included webcam though it can still be used for other devices. There’s also a headphone socket at the M2200HD’s side, meaning you’re thankfully not limited to using the integrated speakers which are as poor as usual, lacking both bass and clarity. Speaking of poor, BenQ still doesn’t seem to include any means of digital video connectivity with its displays.

On the OSD side of things, the M2200HD is incredibly easy to use thanks to a combination of large, well-labelled buttons and colourful, logical menus. Buttons along the screen’s right edge are nicely integrated into the aforementioned silver strip, while the usual shortcuts are on hand to control volume, image preset and input. Our only major criticism of BenQ’s OSD is that the ‘up’ and ‘down’ keys seem to operate on the menu’s tabs in just the opposite way one would expect, with down being ‘right’ instead of ‘left’. 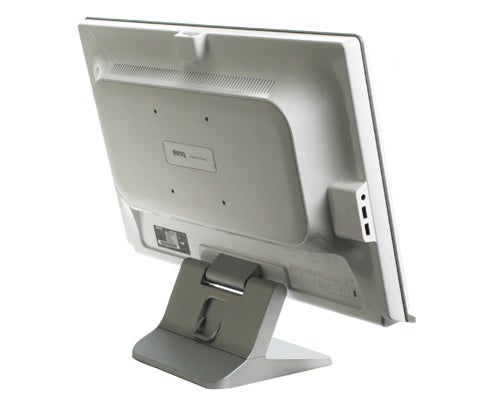 Getting onto that all-important image quality, as usual with a TN panel the results are mixed. To get the negatives out of the way first, as ever greyscale performance is not TN technology’s strong-point, with the M2200HD dropping out the extreme ends of the greyscale. There was also some yellow contamination over grey shades and unlike its bigger cousin there is noticeable banding. 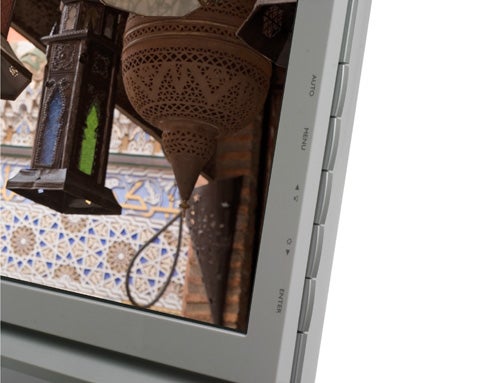 Fortunately, these flaws are overshadowed by genuine positives. Sharp text was to be expected with such a high-resolution 22in display, but a very even backlight distribution with nary a hint of backlight bleed is less of a given. The highlight of the show is surprisingly good horizontal viewing angles; in fact, when not altering the vertical angle there is almost no sign of contrast or colour shift, which is very unusual for a TN. 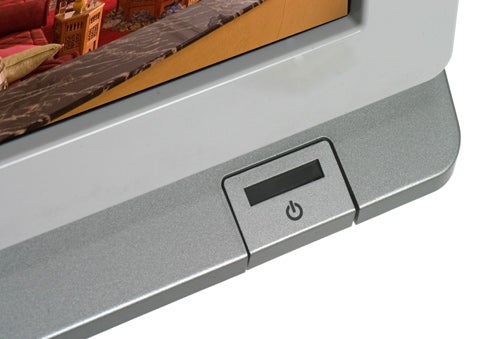 The M2200HD also has that rarity of a ‘Movie’ mode which actually works well enough to leave it on. As long as you avoid the ‘Dynamic’ mode, BenQ’s Full HD 22in makes for a decent entertainment display, even offering a selection of aspect ratio controls despite already being a television and console-friendly 16:9.


Last of all there’s the webcam, a small separate unit that manages fairly good output for a bundled model, and there’s plenty of software on hand to play around with. 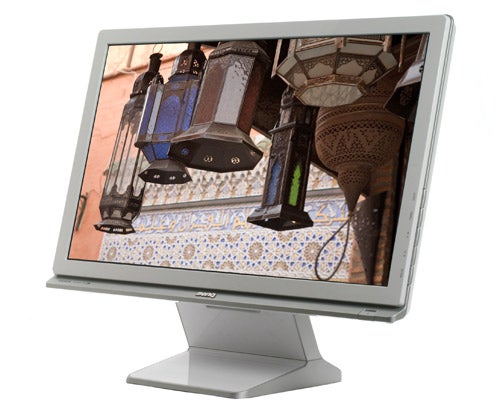 Overall, then, the M2200HD offers quite a lot of functionality for the money. Compared to the award-winning ViewSonic VX2260wm, it does suffer from worse build quality and arguably less attractive design, but for only £20 or so more you do get a USB hub, webcam and slightly superior image quality.


BenQ’s affordable M2200HD offers a nice mix of features, including a discrete webcam, USB hub and triple video inputs on a Full HD 21.5in screen. Best of all, it offers an alternative to all the piano black and silver models out there with a bold white finish.