You can always rely on BenQ to produce a good, cheap LCD monitor and the G2222HDL looks to cement this reputation. Sporting LED backlighting, a Full HD (1,920 x 1,080) resolution panel and a preposterously low circa £120 online retail price, it has all the required ingredients of a great bargain. 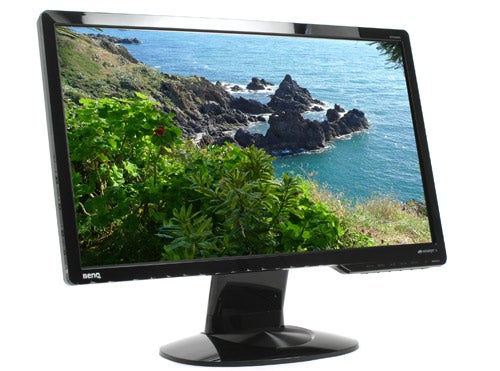 Unsurprisingly, considering the price, the feature set is fairly spartan. Adjustability is restricted to just tilt; not even a swivelling base is included. Unlike a large majority of monitors at this price, however, you get both VGA and DVI video connections, though BenQ does neglect to include a cable for the latter.


This leaves the usual ‘dynamic’ contrast figures to grab the headlines and BenQ surpasses normal levels of stupidity here, claiming a 5,000,000:1 (that’s five million if you lost count) dynamic contrast ratio. A 1,000:1 native contrast ratio is pretty solid, though, so you can safely ignore BenQ’s over-zealous show room specs and forget the dynamic mode, which is too slow to react to be useful anyway. 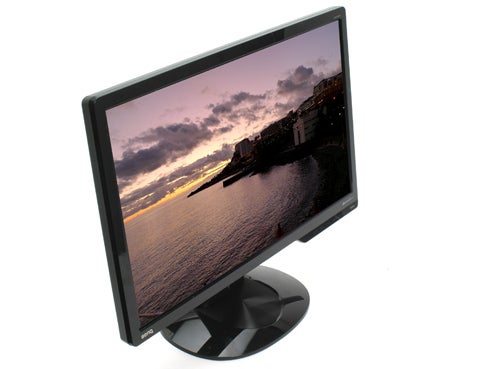 Other key specs are all unremarkable. A 250cd/m2 brightness rating is more than enough for normal working conditions and the 5ms response time is much the same. Of course, at this price, we’re dealing with an inexpensive TN panel here, so blur and lag shouldn’t really be a problem – we certainly didn’t encounter any dramatic issues in our use.


What’s most significant is this model is LED backlit, which has a number of useful benefits. First of all it allows for nice, slim and simple chassis design. Aside from the predictable use of a glossy plastic bezel, it’s not a flashy design but neither is it ugly. Power consumption is also very reasonable, with a quoted maximum of 28W. Another by-product is that the display emits very little heat compared to standard CCFL backlit monitors. 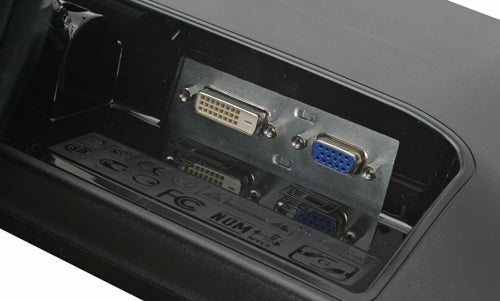 As mentioned above, you get VGA and DVI inputs on this unit, but no HDMI – no surprise at this price. Neither are you subjected to the pointless, cruddy speakers found in so many monitors, since the G2222HDL has none. Just the essentials are here and that’s fine by us.

For such a cheap display, the G2222HDL’s overall performance is very encouraging. While its colour production does lack the punch and verve of more expensive offerings, specifically those with wide gamut or IPS/PVA panels, its palette is suitably neutral and accurate. Black level detail, while not outstanding, is good for the price and there was a pleasing lack of contamination in grey tones that are often prevalent in cheap displays. Gradients were pleasingly smooth, too; though trained eyes will be able to detect the tell-tale signs of dithering in some instances.

All of this is underpinned by a perfectly even backlight, with no signs of irritating bleed or pooling. As such, for a cheap display, black production is surprisingly deep, albeit with the slight grey tinge that’s unavoidable on any reasonably priced LCD. In any case, we can scarcely remember HD videos looking as good on any similarly priced display.


Viewing angles are also solid. Contrast shift is evident and colours do lose a little accuracy, but some of the nastier common defects (e.g. whites turning yellow) aren’t present and the display remains viewable at reasonable angles.

Another bonus of BenQ monitors is the clarity and simplicity of their OSDs. All the various settings on the G2222HDL are clearly identified and arranged, making it easy to adjust them as you please. This is helped by the clearly labelled controls, positioned on the under-edge of the bezel, which are easy to locate and use.


There are plenty of presets, too, including those for colour temperatures and should you choose to use the dynamic contrast mode then you can adjust the severity of it. There’s also the staple collection of picture modes (e.g. Movie, Photo etc), though they all suffer from the usual over-exaggerated, over-blown effects that ultimately mean they’re best avoided. Luckily the G2222HDL comes fairly well configured out of the box, so it doesn’t take long to bring the picture into line, unlike some monitors we’ve seen. 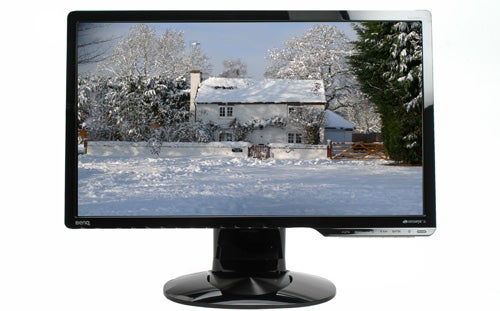 
It might not have the features that’ll excite some users, but the BenQ G2222HDL has the ones you really need, performs admirably and is bargain basement cheap. If you’re in need of a decent, Full HD monitor for any use, it’s definitely worth a punt.