Affordable Full HD 16:9 displays are all the rage these days. Today we’re looking at yet another 22in (or 21.5in to be exact) model following after the award-winning Iiyama ProLite E2208HDS, ViewSonic VX2260wm and BenQ’s own M2200HD. The latter of these is the most significant, since the E2200HD is essentially just the M2200HD with a black instead of white finish and minus the webcam and USB hub. 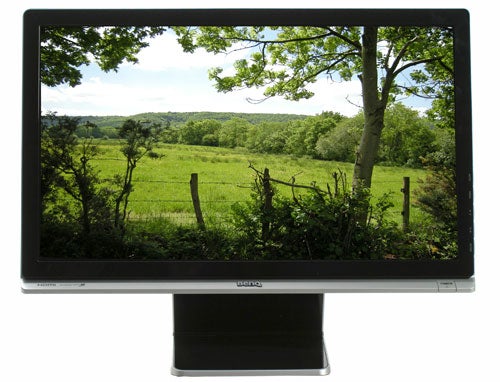 Of course this means the E2200HD is just as easy to assemble as its paler cousin: simply click in the base and you’re done. It’s just as easy to take apart too. Unfortunately build quality also remains unchanged, meaning the plastic creaks when making adjustments. And speaking of adjustments, as usual with a TN monitor in this class you’re limited to basic tilt. I can understand wanting to keep costs down, but most monitors of this ilk we’ve had through the labs are too low on one’s desk for ideal comfort.


This aside, the piano black finish does make for a far more striking contrast with its silver screen surround than the white of the M2200HD did. It also makes the E2200HD look a tad slimmer, which in turn makes the entire display look more attractive. 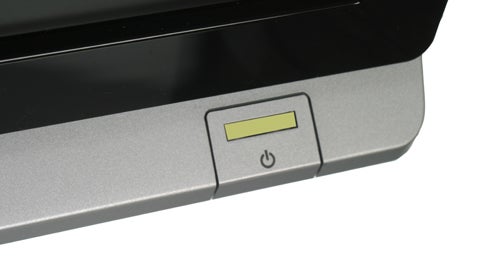 The large power button still has an unobtrusive green LED, and the menu buttons are still clearly marked on the left side of the bezel. This, combined with the logical, colourful OSD makes adjusting the E2200HD’s settings very easy, with the only niggle being that the up/down navigation buttons actually work right/left, which is a bit counter-intuitive. 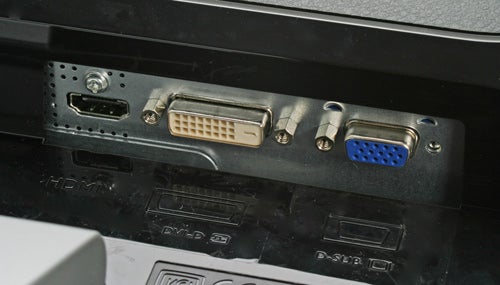 As far as connectivity goes, the E2200HD looses its cousin’s USB hub, but retains the triple-whammy video inputs of VGA, DVI and HDMI. And though there is no 3.5mm audio input to go with the VGA or DVI connections, at least there’s a headphone socket on the display’s side to give a signal from the HDMI port, rather than forcing you to use the poor integrated speakers.

The same cable-tidying clip does as good a job of managing cables as on the other BenQs using this chassis, but regrettably the company still doesn’t include any digital cables with its monitors, only VGA. Another small negative is that because the E2200HD’s chassis was designed to house USB ports and a webcam, the bulges for these at the left and top are still present, with blanking plates to cover them.


Naturally, using the same chassis for an entire series does allow BenQ to keep the price down, but we’ll get onto value for money in a bit. First let’s take a look at the monitor’s most important aspect: its image performance.

We would be expecting BenQ’s E2200HD to be using the same panel as its white cousin, but that’s no bad thing since the M2200HD did fairly well in the image quality stakes. First things first, it’s a 16:9 display, meaning it’s better suited to films and other widescreen entertainment such as modern console games than the more traditional 16:10 PC aspect ratio. 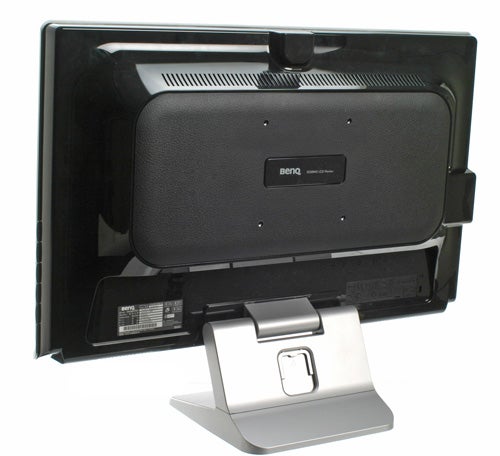 It also sports a Full HD (1,920 x 1,080) resolution rather than the more common 20-22in 1,680 x 1,050. This is not only ideal for Blu-ray discs and console games, but can also help your productivity as it increases your desktop real-estate sufficiently to comfortably have two word documents or web pages open side by side.


In terms of performance, it’s immediately obvious we’re dealing with the exact same panel as before. So while the E2200HD can display the extremes of light and dark shades, it can’t do so simultaneously. However, though it’s not entirely absent there’s little sign of banding and dithering, and as we’re seeing ever more frequently not a hint of backlight bleed. Text is sharp, thanks in no small part to the small pixel pitch resulting from such a high resolution on a relatively small screen. 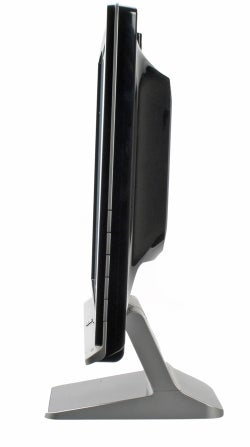 Best of all are the viewing angles. Despite inevitably suffering from contrast shift on the vertical viewing angle, the E2200HD still puts in a better performance here than most TN-based displays and horizontal viewing angles are remarkably good.


This means you can enjoy a film or game with a few friends without any problems, unlike many other ‘budget’ TN displays we’ve had through our labs. The monitor’s 16:9 native aspect ratio and resolution (in addition to several aspect ratio options) together with multiple digital inputs makes it suitable for those looking for a cheap high-definition display to use with their Xbox 360 or PlayStation 3. 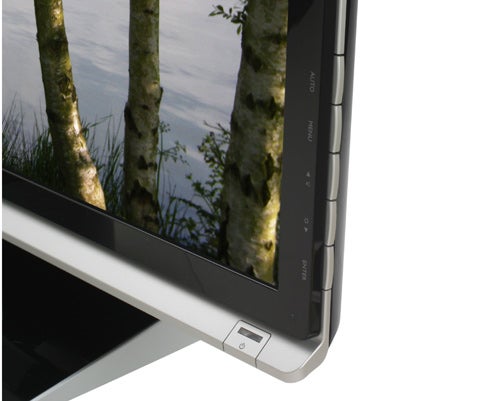 BenQ has a tradition of providing good value for money and the E2200HD continues that trend. Available for around £150, it’s currently the cheapest Full HD 22in monitor we’ve come across. The Iiyama ProLite E2208HDS has gone up in price since we reviewed it, despite offering fewer inputs and inferior image quality. 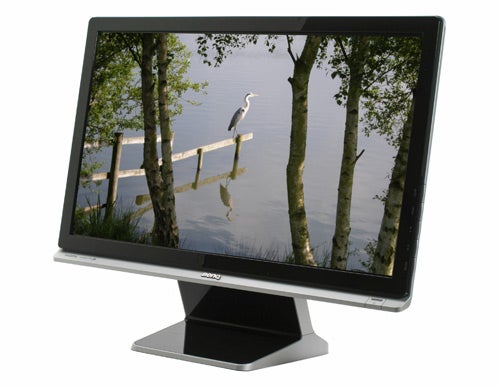 Of course there’s BenQ’s own M2200HD to consider, which gives you a webcam and USB-hub for only £23 more but is only available in white. The other major competitor is ViewSonic’s VX2260wm. This display offers the same triple video inputs and an additional 3.5mm audio in, as well as superior build quality and styling. However, despite similar specifications on paper the BenQ offers better viewing angles and is around £20 cheaper (though keep in mind you’ll have to buy a digital cable if you don’t have one already).


BenQ’s E2200HD does have its down-sides including a somewhat sub-par chassis and somewhat unattractive design. However, BenQ makes up for it with fair image quality, good viewing angles and an even better price.