Beko’s HII64500FHT is a four-zone, well-featured induction hob coming in comfortably under £350. Despite its affordable price, it comes with Schott Ceran easy-clean glass, a power-boost function, a timer and the ability to link two zones to heat very large pans.

The Beko performs well generally, with good heat-up times and precise control over 19 levels. Round pan positioning on the square marked zones is a bit tricky, and some other operational oddities make it a little finicky to use, but you cant argue with its great basic value. 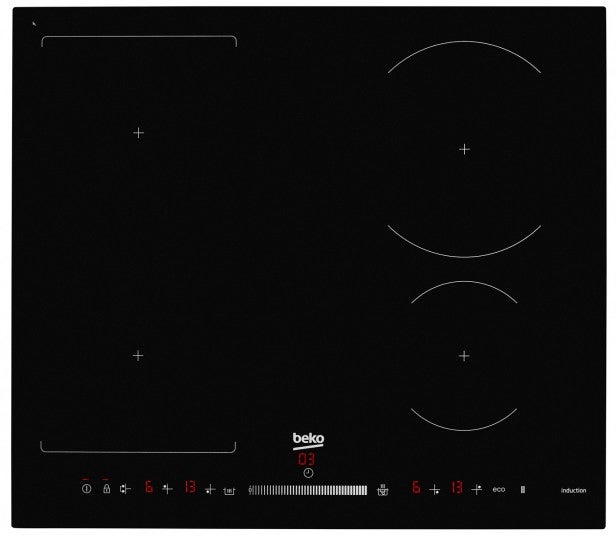 Wow, that is a bright, very obvious Beko logo. Sadly, that’s likely to be everyone’s first reaction to this affordable and well-featured induction hob from, er, Beko (in case the logo hadn’t smacked you in the face with that fact already). For badge snobs, that logo is a bit of a visual carbuncle on what is otherwise a sleek and sophisticated-looking hob.

The white zone markers and legends are fairly subtle but still easily visible, the red indicators are not too bright and the central power slider is easy to use – especially as it unusually offers 19 levels of power for precise heat control. That rises to 20 levels if you factor in the fast-heating boost function available on each zone.

Moreover, the HII64500FHT is practically boiling over with features, which is unusual at this price point. The list includes a boost setting, quick heat, countdown timer and keep-warm function for all four zones, the ability to link the two left-hand zones together for long pans, and a child lock. Leveraging the kitchen appliance buzzword de jour, there’s also an Eco mode. 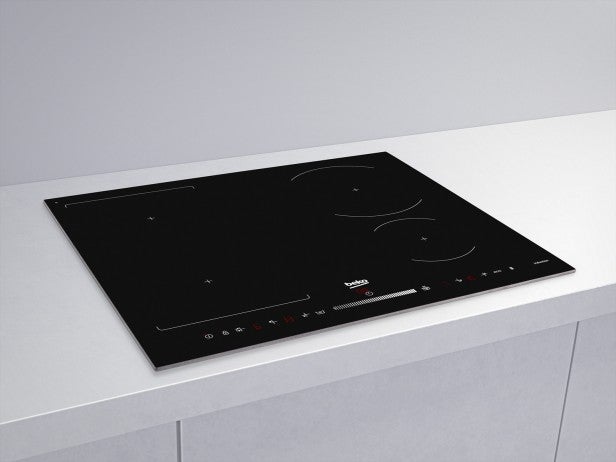 We were intrigued by this feature, wondering exactly how you made an induction hob much more economical than the 90%-plus energy transfer that the technology allows. However, bizarrely, all the Eco mode does is halve the power to all currently active zones. So this would mean you are cooking at a much lower temperature, at half power, taking twice as long. Um, go figure.

Unusually, this Beko allows you to leverage its super-powerful boost mode in the midle of cooking (rather than just heat-up) using a Quick Heat setting. Quick Heat boosts power to the zone for a defined time, depending on the current cooking level, from 10 to 85 seconds. We guess this could be used to recover from the Eco mode, but we struggled to think of a dish that would need a low heat and then a super-boost during cooking.

The Schott Ceran glass surface is as superb as ever in this Beko’s implementation. It offers a mid-gloss surface that’s spectacularly easy to clean, even when burnt-on cheese makes it look like the lunar surface. It also resists chips and scratches and never fails to polish up to perfection. The gloss-black surface is a bit of a dust magnet and shows up fingerprints like a CSI dusting, but that all comes off with a quick wipe. 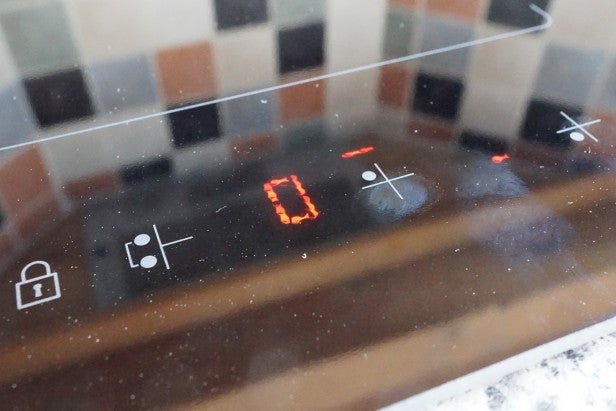 Equally, touch controls built into the surface are very good indeed. While the zone selection and the single temperature control are not our favourites, as they involves multiple button presses every time you want to alter the temperature, they do work well. The HII64500FHT responds well to its touch controls.

The boost mode, keep-warm function and timer are all great at this affordable price point. The timer offers a countdown for each zone and actually turns the zone off when the time is up. 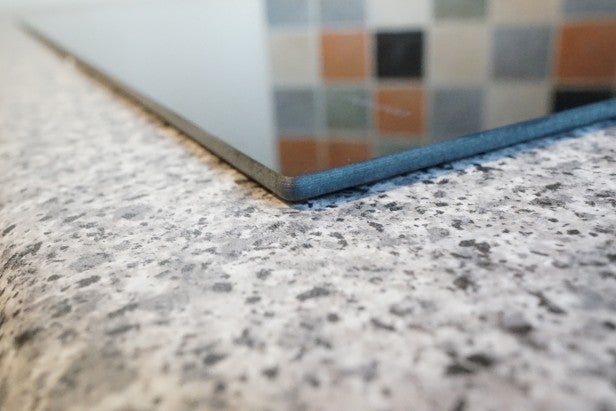 Typical induction hob features such as indicators when the glass is hot, pan detection, and spill cut-out are all present and correct, and there is no arguing the power of the boost and Quick Heat features. Unfortunately, when either of these features are engaged the hob’s fans go into overdrive to keep the induction coils cool, so the HII64500FHT is far from the quietest induction hob out there.

The two left-hand zones can be linked together to form one larger zone. While this is purported to be ideal for fish skillets and large oblong pans, we do wonder if this feature isn’t just a box-ticking exercise. Like many hobs at this price point the feature simply allows a single simultaneous control of two circular burners. That doesn’t make for the most even pan base heating compared to models that offer a genuine large pan cooking zone. Your mileage may vary.

Few induction hobs are available for less than the Beko’s £329 asking price, and those that are offer a whole lot fewer features. In that respect alone this Beko is packing some great value credentials. 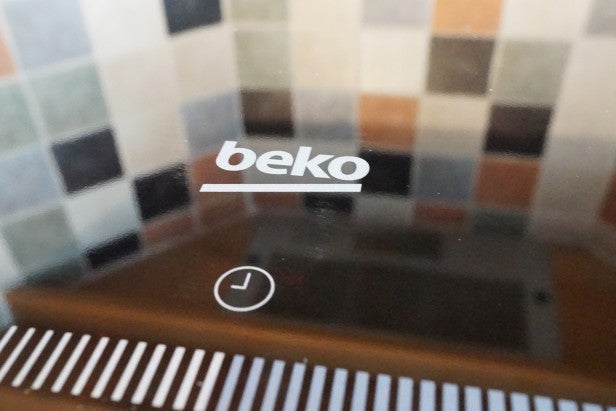 While all zones delivered admirable power on the boost mode initially, they all faded relatively quickly as the induction coils got warm. This translated to a 10% reduction in peak power within 15 to 20 seconds of turning the zone on. So, for example, while the very powerful back-left zone would happily deliver its maximum 3000W on boost into a large pan initially, that would drop fairly quickly to around 2700W for most of the test.

All induction hobs tend to peak initially and then fade a little, but not many fade by as much as 10% within the first 30 seconds. As such, our tests heating water to 90°C were a little below what we would have expected from the Beko’s initial promise.

Heating 2 litres of water in a 21cm round large pan on boost mode, the powerful back-left burner delivered around 3kW initially and hit 90°C in a solid 5 minutes exactly. Yet move the pan forward to the front left and the hob only delivered 2350W initially, dropping to 2150W, for a 2-litre boil time of a distinctly average 5 minutes and 30 seconds. 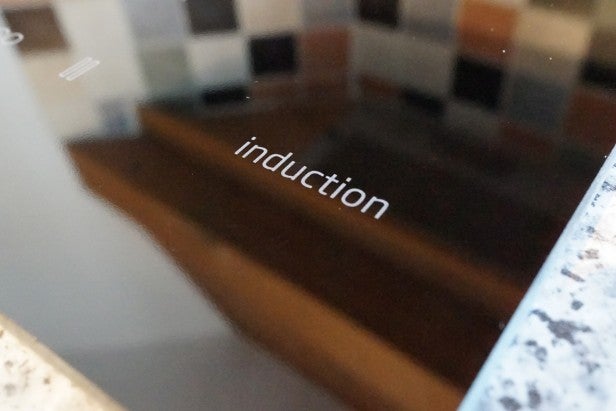 Using the large back-right circular zone with our 19cm mid-size pan and 1.5 litres of water, this Beko delivered 2200W (2.4kW peak and fading) to bring our water to test temperature in a good 4 minutes and 35 seconds.

The smallish circular zone at the front right of the hob proved itself to be another anomaly. The boost mode delivered absolutely no additional power over level 19 on the basic slider control. Either way, the hob peaked at about 1500W into this pan, dropping to 1350W fairly quickly, for a 90°C time of a rather average 4 minutes 45 seconds. 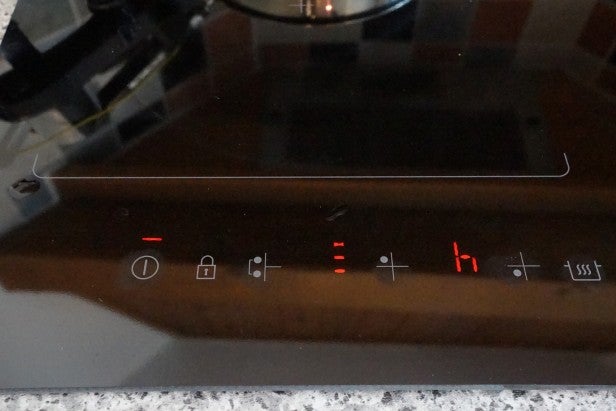 This hob’s keep-warm mode pulses up to 300W every couple of seconds. That is absolutely standard for a basic keep-warm feature on induction hobs, and works relatively well for pans cooking at mid temperatures. It certainly won’t keep a boiling pan simmering and might be slightly too hot for delicate foods such as milk porridge. Yet you do have to temper these limitations with the fact that very few hobs at this price point offer this feature at all.

Engaging the left-hand wide surface cooking zone delivered no surprises in the fact that it simply links to circular burners. Heating on our test skillet was therefore fairly uneven, and the gap between two circular zones fairly large. It’s not ideal but, once again, relative to this hob’s price point – where few competitor models even offer this feature – it’s no bad thing.

Few induction hobs available around £300 offer quite the power or feature set of the Beko HII64500FHT. It’s relatively powerful, easy to use, simple to clean and offers a good selection of features. Yet it’s far from perfect, with rapidly fading boost power, noisy cooling fans, basic linked zones for larger pans and a frankly weird Eco mode all counting against it.

Take that very affordable asking price into consideration, though, and you can’t deny that the Beko HII64500FHT really does offer great value.

A great-value induction hob with plenty of features, even if its ultimate performance falls a bit short of greatness.