Available on Xbox 360, PS3 (reviewed), PC and Wii U out Nov 8th
All the warning signs were there – the rushed schedule, a different developer, review code only sent to sections of the press after launch – so it’s good to be able to say that Batman: Arkham Origins is no batastrophe. It looks like an Arkham game, plays like an Arkham game and has the style and feel of an Arkham game. In fact, the game’s biggest problem is that it looks, plays and feels a little too much like the games that came before it, as if the new development team at Warner Bros. Games Montreal were so intent on not messing up the series that they were terrified to try anything new. 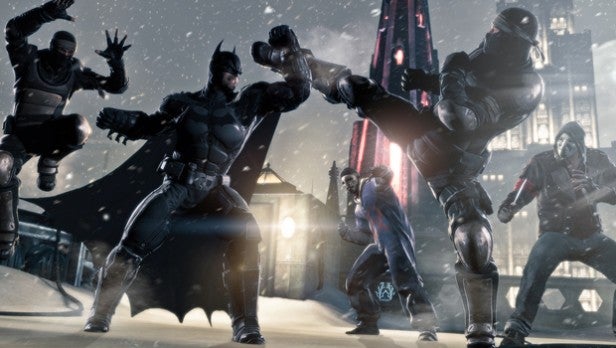 Up to a point, this isn’t a problem. Arkham Origins is a prequel to Arkham Asylum and Arkham City, and while it doesn’t quite venture into Batman: Year One territory, it has a story arc featuring a young and still relatively unknown Batman, a mysterious gangster known as Black Mask and a crew of villains who haven’t yet developed prior history with the dark knight. Set on Christmas Eve in an often snowy Gotham City, it offers a twist on the town we saw in Arkham City, along with different looks for Batman and many of his foes. Some opinions differ, but to our minds it’s a sharp-looking game, where stronger lighting and some good art direction make everything look crisper and more detailed than it did in Arkham City. And while we’ve heard some reports of bugs in the PC and Xbox 360 versions, we’ve yet to encounter worse than the odd jerky moment on the PS3.

Gameplay follows the open world pattern set by Arkham City. After the initial prologue sequence you’re pretty much free to scour the streets and rooftops of Gotham, tackling groups of thugs, searching for collectibles and intervening in criminal activities as they happen. However, while exploration has a part to play in the game, the real body of the action lies in specific story locations and criminal HQs, where you’ll battle squads of tougher and tougher goons. Here you’ll find the traditional puzzles, involving use of the explosive gel, grappling claw and baterang, not to mention the classic Arkham set pieces, which still see Batman tackling groups of harder enemies inside an enclosed space, using stealth, surprise and environment takedowns to narrow the odds. The major new feature is a revised crime scene analysis mode where you pore over the scene and can scrub through Batman’s mental image of it second by second. It’s fun, but little more than following the clearly marked highlights. Most of the time, Arkham Origins is made of classic Arkham stuff. 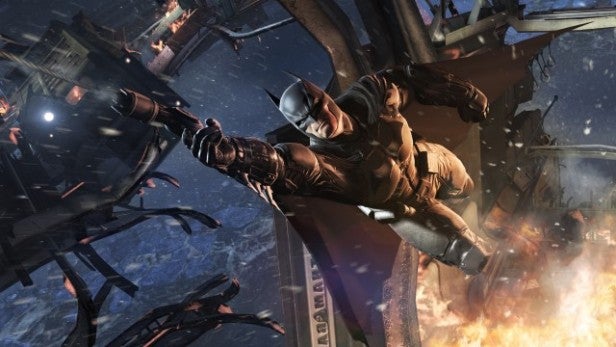 That’s good news if you loved Arkham Asylum and Arkham City, as this is effectively more of the same with a few minor twists. While it’s not the liveliest place in terms of traffic or population (the authorities have advised everyone to stay indoors), the Arkham Origins version of Gotham has no shortage of grand architecture, civic plazas and grimy industrial zones, and between clearing radio towers to enable quick travel via Batwing, tackling gangs, stopping anarchist bombs and collecting all those collectibles there’s plenty to do. Traversal through a mix of gliding and grappling is a pleasure, and the Arkham combat system is once again up there with Devil May Cry and God of War as one the best in the business.

It’s a system that still relies heavily on fluid chains of attacks and fast-paced counters, along with cape-swings and takedown combos for tougher adversaries, but it hasn’t got any less spectacular. That final slow-mo crunch when the last enemy goes down remains one of the best pay-offs in gaming. Meanwhile the more tactical set-pieces are as good as ever, giving you plenty of scope to mix glide and drop attacks with takedowns from above, takedowns from below and even takedowns through walls. 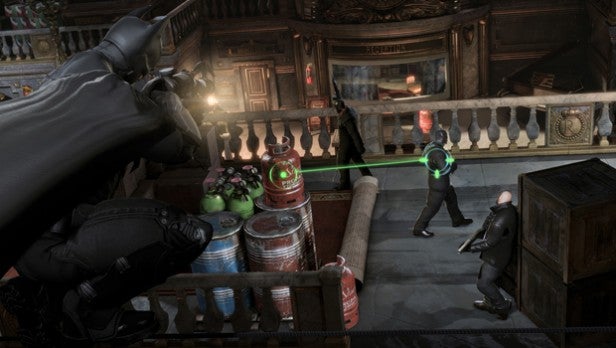 It’s nearly all good and occasionally great, and yet there’s something missing. Arkham Asylum was a more linear game, but one that oozed gothic atmosphere as you made your way around Arkham Island. With its various journals and audiologs it felt like you were digging deeper and deeper into Batman lore. Arkham City wasn’t quite so strong on this, but made up for it with its baroque locations, dazzling set pieces and thrilling storyline. Arkham Origins can’t match its predecessors on any of these fronts, and as a result can feel slightly uninspired. Let’s be clear: it’s a slick, playable and consistently enjoyable Batman game, but one that never leaves you feeling wowed, let alone sucker-punched by a sudden twist or shocking moment. And while we can’t blame Warner Bros Montreal for sticking so close to a successful formula, there are perhaps too many sections that echo what we’ve seen in previous games.

In other areas, there are irritations or signs of a lack of polish. The difficulty curve doesn’t ramp as much as spike, so that you’ll encounter very easy battles just after very challenging ones, then get thrown into something really hard. The game’s hardest boss battle – and a hugely frustrating one it is too – is placed just a few hours in, resulting in a brick wall of difficulty that not everyone will bother to climb. There also seems to be little logic as to where you can use the explosive gel or grappling hook, with some obvious places mysteriously out of bounds. The plot, meanwhile, is compelling for what it sets up for the Arkham series back story, but also a little confused, with some pitifully obvious twists that are designed to do nothing more than propel you to the next location. 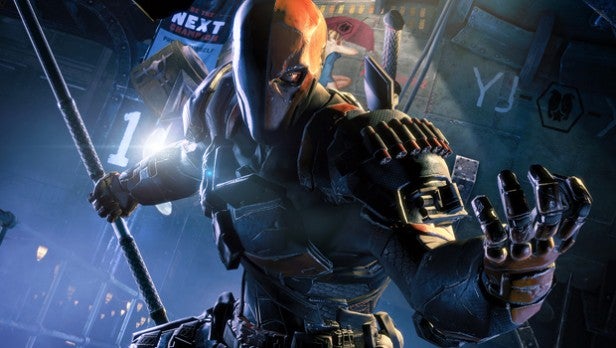 None of this stuff is game-wrecking, and Arkham Origins would, were it the first Arkham game, be getting more praise. Sadly, Arkham Asylum and Arkham City set a really high bar, and it’s not one that this third game often reaches. It’s a solid Batman game and a thoroughly decent action game, but not one that makes the character come alive like the first game did or expands the scope like the second. It’s good enough to be essential for fans, but that won’t be enough for everyone.

Verdict
Arkham Origins is far from being a disgrace to the series, and if you enjoyed Arkham City then it dishes out more of the same. It’s a good-looking effort with an interesting early years Batman tale to tell, but if you’re looking for a Batman game that brings something new to the Dark Knight legend, this isn’t it.

Next read our round-up: Best Games