The American EQ 40 are a pair of sports headphones that deliver very good value for their price point. The sound is crisp and balanced, the fit is excellent, and the accessories are useful. There’s a question over build quality, at least when exposed to extreme conditions.

The American EQ 40 are fitness in-ears from Boston-based brand Back Bay that can be used in wired and wireless configurations.

The city of Boston is home to the Red Sox baseball team, Wahlburgers and it’s also the place where a little revolt about tea escalated into a pretty big disagreement with the British.

However, we’re not ones to hold any grudges over spilt tea, at least not when there’s audio products to be reviewed, and the American EQ 40 speaks to the fitness focus that’s consumed the area with the popularity of the Boston Marathon.

Does US sound translate well over to the UK? Let’s find out.

The American EQ 40 use a neckband design, which I prefer for running than true wireless. The wire settles on the back of the neck – unless you’re someone who wears them like a pair of glasses with cords – with a three-button control positioned near the right earbud.

The position of the inline controls favours right-handers, but the way it hangs down means it’s fairly easy to reach over with your left. The three buttons are for volume (up/down) and playback, with the latter also acting as the power on/off button.

The neckband material is rubbery in texture and shouldn’t rub egregiously on the back of your neck. Though the cable is on the short side, there’s a way of adjusting the length and tightness through the cable adjuster and shirt collar clips. Unless you favour a tighter fit, or just can’t stand a bouncing cable, you likely won’t need to bother tweaking. It is nice to have the option though.

The fit is excellent, too. With a longer housing than a standard true wireless, the in-earphone is angled in towards the ear and the wing-tip stabiliser provides extra support for the American EQ 40 to stay rooted. Back Bay also generously supplies various eartip options (3 x open-ear, 3 x isolation tips), stabiliser wings and shirt collar clips.

Whether the EQ 40 will last for very long is up for debate, though. The inline cable on my review sample stopped working, and as a result the headphones couldn’t powered on. The problems seem to lie with them getting overheated on the hottest day of the year. I’d put the issues down to unusual circumstances, but it’s something to bear in mind.

Battery life is 6.5 hours of playback/talktime from a single charge. Having not measured that myself via a battery drain, first impressions are that it’s slightly less. I took the EQ 40s on three runs before they needed more juice, and I definitely wasn’t running/walking around for 6.5 hours.

You’ll hear repeated notifications warning of impending doom/end of battery life about fifteen minutes before they do. When they did turn off, there was an odd hissing noise from the left earbud, which I’ve not encountered before. Charging back to full takes around two hours.

In the middle of the neckband wire is a USB connection, and Back Bay has supplied three cables that open up the EQ 40’s versatility. You can either charge via traditional means via the USB-A cable, connect them to a USB-C compatible device or plug them via a 3.5mm headphone cable.

The American EQ 40 are primed with five EQ sound modes in the Back Bay Signature: Atlanta Bass, Stadium Rock, Pure Podcast and Clean Classical. A quick double press of the playback button switches between them (you’ll hear a beep), and there are slight differences between each one but the overall tone remains fairly the same. If you forget which mode you’re in, hit ‘forget’ in the Bluetooth pairing settings and when the EQ 40 is next paired next, it will revert back to ‘Signature’ sound.

Bluetooth is 4.1, and as these headphones are made for running, your mobile device is never going to be far despite the wireless range of the EQ 40 extending to 30m. SBC, AAC and aptX are the supported audio codecs.

The American EQ 40’s audio is best described as lean and crisp, and I think that’s the right decision. Low end frequencies are tight and well-defined with either a wired or wireless connection, though the former offers a bigger performance.

Detail is available in spades, with mid-range fidelity very good. On a track like Hank Levy’s Whiplash, instruments are described with clarity, with the notes of crashing cymbals crisply defined. There’s no sense of trouble keeping up with the track’s percussive rhythm,  with the EQ 40 in sync with the changes in tempo as the track becomes more furious and energetic.

It’s a fairly well-balanced sound with a broad soundstage that gives space for vocals and instruments. Treble notes are slightly dulled as a play of GoGo Penguin’s Raven shows, but the benefit is that the American EQ 40 avoid being egregiously bright.

However, there is a harshness to its sound that manifests itself. Hip hop/R&B tracks deliver in terms of bass, but the lean tone presents a harshness that, while not uncomfortable, annoys as soon as you pick up on it.

Vocals aren’t delivered with warmth either, and there’s a slight sibilant tone that distracts such as a listen to Jonathan Groff’s vocals in Hamilton’s You’ll Be Back. Switching through the five EQ sound presets and a couple of modes actually serve to heighten sibilant tones further. Atlanta Bass doesn’t deliver much more in terms of low-end frequencies, but Clean Classical does deliver a wider soundstage and Pure Podcast amps up vocals all while keeping the lean and crisp tone.

If you’re after value With good sound, great fit and a good set of accessories, the EQ 40 go above and beyond given its affordable price

If you’re after more battery life Battery life is decent if you’re using these as primarily a sports headphone. If you’re not 6.5 hours of playtime isn’t much compared to other efforts

The American EQ 40 is something of a surprise – you don’t expect headphones this affordable to be as well-rounded.

The sound is good, though the lean tone may put some off; it’s fairly well-balanced and descriptive in its performance. Battery life is decent if you’re using this purely as a sports headphone, and Back Bay’s assortment of accessories is generous and useful.

With very good sound, great fit and a good set of accessories at an affordable price, Back Bay has delivered a good value package in the American EQ 40. 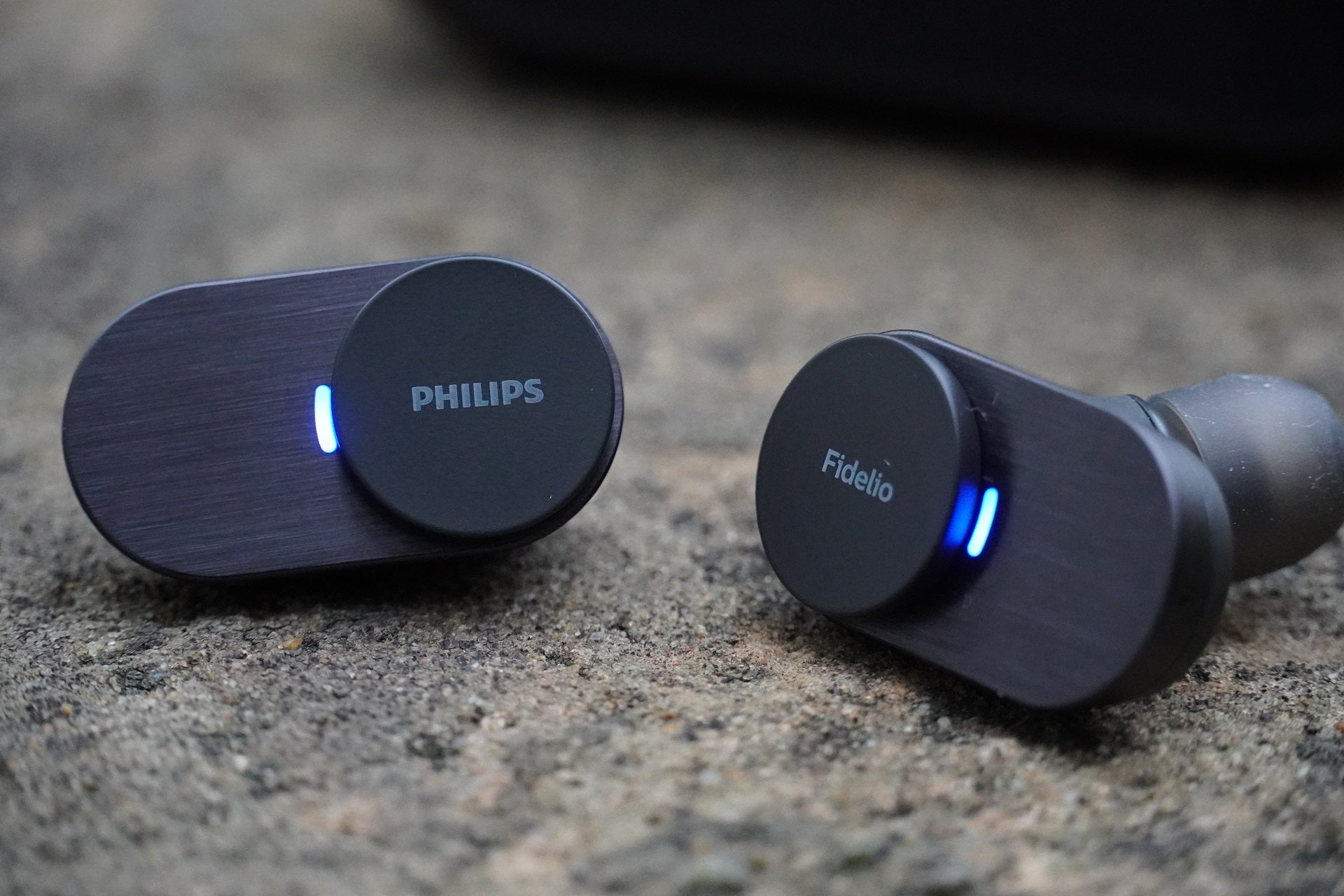