It’s been pretty lean pickings for laptop owners and technophobes interested in watching television on their PC. Whether you were a technophobe that was unwilling to open up your PC, or a laptop owner who didn’t have that option, you were forced to purchase an external PC TV card. And these – to be quite honest – have tended to be rather naff. The connecting USB 1.1 technology employed in these devices to get the TV single from the tuner to the PC, simply wasn’t fast enough and all the compensatory compression technologies that were designed to get around this didn’t do a very good job. Basically, to get enough bandwidth and thus a quality image, you needed to buy an internal PCI TV card and that ruled out laptops and forced novices to get proficient with a screwdriver. Thankfully this is all about to change, because we have a TV Tuner based solely on the revised and much faster USB 2.0 format, meaning compression is no longer an issue and now – thankfully for many novices – neither is the need to rummage around the internal workings of your PC.


The ATI TV Wonder USB 2.0 is the first TV tuner we have had in the labs based only on this far speedier protocol, though others from the likes of Hauppauge, MSI and Korean based company Twinhan will no doubt be hot on its heels. I can’t help but wonder why this move to USB 2.0 has taken so long, but I guess the answer is that from a commercial point of view a company wants its product to be applicable to as many users as possible, and that means USB 1.1 compatibility. Anyway, back to the card in hand.


Our TV Wonder USB 2.0 is a final retail sample so, although it was missing its packaging, it is identical to what you will see in stores. Saying that, ATI hasn’t sold directly under its own brand in the UK for over a year now, so it will most likely have one of its board partners’ names tacked onto the front. But under whatever guise, the TV Wonder offers some great features. On top of its USB 2.0 interface it can receive its signal from an aerial, composite video or S-Video sources. You can also schedule and record TV programmes, pause and rewind live television, capture video in MPEG 1/2/4, AVI and Windows Media formats, snag images directly from the screen, and even set the television up as your desktop wallpaper.


It is an impressive feature set, but I have to say I was a bit disappointed by the look of the tuner itself. Not that the design is particularly bad, it’s just uninspiring and, at roughly the same size as a PDA but over an inch thick, it’s also on the chunky side. Matters aren’t helped either by the TV Wonder’s external power cable which has a surprisingly large power brick and requires a thirsty 6V. In its favour, everything feels solidly constructed and seems to have the necessary durability to be carried around, knocked, and thrown into bags – such is the life of a travelling laptop owner.


Another feather in its cap is the installation process, which – despite Microsoft’s frustrating insistence on making you manually confirm the install of each driver – takes a mere three steps: Run the software CD, plug in the TV Wonder, and restart the computer. Scanning for channels is equally straightforward, thanks to the setup wizard and it takes less than two minutes to run a complete frequency check.


After this is finished, it’s possible to fine tune the colour and gamma settings for each of your channels but for me this was unnecessary because the high point of the TV Wonder USB 2.0 is the quality of its picture. I live in a strong reception area which shows me the full potential of this tuner and I can safely say it stands up to any PCI based non digital TV card I have seen. This may sounds like a let down to describe the TV Wonder as only being on a par with older internal cards given the fuss that is made about the USB 2.0 connection, but since the PCI interface never had any bandwidth problems in the first place, this is actually high praise.

Now running full, uncompressed video should place a fair bit of strain on your system, but you will find the majority of it is taken up by the Theater 200 chip, the tuner’s onboard Video Processing Engine (VPE). ATI claims that this is its fastest onboard chip to date and improves upon the 9bit analogue-to-digital converters (ADC) used in its previous VPEs by using dual 12bit ADCs. The result is that, even running full screen television at 1,600 x 1,200 resolution, there are few dropped frames and less than 20 per cent average CPU usage on the Athlon 64 3200+ machine I tested it on. There is some noticeable slowdown when setting the television as desktop wallpaper, but the effect is very cool. Besides which, apart from novelty appeal, I can’t imagine watching your television running behind desktop icons will be your default display choice. 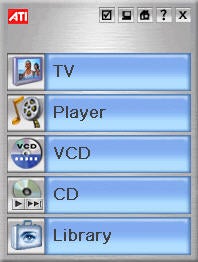 You can also choose to overlay the TV image on your desktop and make it semi-transparent, so that you can still work on applications running behind it. You can set the level of transparency to suit your needs, although you’d need to have a pretty well compartmentalised brain to keep up with the TV programme and work at the same time.


How about the audio? Well, quality will obviously depend largely on the standard of your own sound card and speakers but the TV Wonder does have support for left and right audio inputs which are really all you need, given we are not operating at DVD quality levels.

The player software is also more than adequate for the task in hand. Navigating channels is a simply matter of using the up and down arrows or typing in a channel number and there are all the standard volume controls. Pausing, rewinding or recording can be done by clicking the same icon buttons universal to all remote controls, while a progress bar, much like the one in media player, can be used to click back larger chunks of time. The faithful, old Teletext also makes a welcome showing. 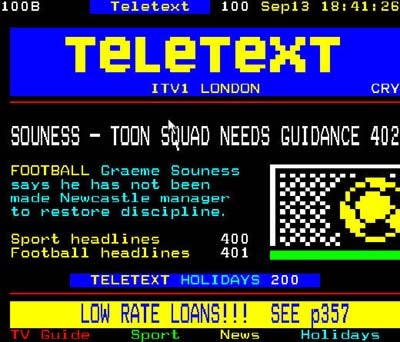 One software feature that I had not seen before, however, was the channel surfing. Like many TV tuner cards this puts up thumbnail images of all the available channels, but click on any one of them and it starts playing with full sound. This is a superb way of quickly checking what’s on and became my channel hopping mode of choice. Of course, should you find anything risqué there is also a parental lock to protect young eyes. On the other hand, you may want to take a photo of your viewing discovery and this can be done by simply clicking the button marked with a camera image at the top of the player software. Images are saved to a separate window where you can choose whether to keep or delete it and what format you would like it to be saved in. All photos are flushed when the software is closed though, so you have to make your decision during that sitting. On top of taking photos, you can also play MP3s, CDs and VCDs. 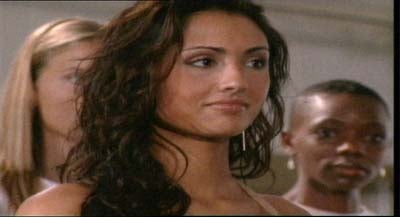 ”’If you spot something that takes your fancy, a single button press will capture a still image and save it for you.”’


Now if there is a downside to all of this, it is price. The pre-retail estimate is $99 which works out to around £55 at the current exchange rate. This is by no means extortionate on its own, but there is no remote control included for your money. ATI said it is planning to offer a 50 per cent discount to customers on its separate Remote Wonder 2 control but this would still then carry a price of £20 and the promotion has not yet officially been cleared for the UK market. The Remote Wonder 2 is a nice controller, but I would have liked to have seen some sort of remote thrown in, even a cheap one.


Despite the lack of remote control, this is an excellent external TV tuner. A sentence I can’t remember being able to say before now.


Laptop owners finally have a quality TV tuner and technophobes will be glad to know they never need consider using a screwdriver again. The TV Wonder will probably be the first of many cards to take advantage of the USB 2.0 standard, but it sets a high bar.