It is finally here, the next revision of the ATi Radeon family; the new 9800XT.

The Radeon 9800XT is not ATi’s next generation product, but rather a beefed up Radeon 9800Pro card.

You’d think that there wasn’t much more ATi could do with the current R350 core, but somehow, it has managed to push it to the next level once again.


So what’s new? Well, the VPU speed has increased from 380MHz to 412MHz; although interestingly enough ATi has added a new feature it calls ATi Overdrive.

The ATi Overdrive feature automatically increases the speed of the card up to 460MHz if the ambient temperature inside your PC is low enough. The cooler your PC is, the faster the Radeon 9800XT will run. This makes a lot of sense and lowers the risk of frying your graphics card by overclocking it manually.


The memory speed has also been increased from 340MHz to 364MHz (effectively 728MHz), but again this will increase if you enable the ATi Overdrive. The Radeon 9800XT features 256MB of DDR memory, rather than DDR-II seen on some Radeon 9800 Pro cards.


The heatsink is a completely new design and doesn’t look like something you’d expect to see on an ATi card. The front of the card has been fitted with a large copper heatsink that covers most of the PCB surface and this is augmented with a 60mm low-RPM fan. The fan runs faster if the card gets to hot, similar to the formula made popular by nVidia in the past. Half of the back of the card is covered with a copper plate that draws the heat away from the memory. This is however still a single slot solution unlike some configurations seen on recent nVidia cards.


The 9800XT only got warm to the touch during our benchmarks and the noise level was more than acceptable as the card produced less sound than most CPU coolers.

This also bodes well when it comes to using the Overdrive feature. I was however not able to test this, as it wasn’t enabled in the drivers supplied by ATi for the review, but it will be made available in November.


Looking at ATi’s specifications the Radeon 9800XT let us to believe it would be very fast.

As with the Radeon 9800 Pro, the 9800XT features eight rendering pipelines and eight full precision pixel shader 2.0 floating-point units. ATi claims that the card is capable of 23.3GB/sec peak memory bandwidth and a peak vertex throughput of 412Million triangles/sec. The peak pixel fill rate is stated at 3.3 Gigapixels/sec and it can do anti-aliased samples at an amazing 19.8 Gigasamples/sec.

All these numbers will of course increase if you enable the Overdrive feature.


So what do these numbers mean? Well, not a whole lot if the card doesn’t perform well in real world applications.


At default speed using the drivers supplied by ATi there was little speed increase compared to the older 9800Pro cards, no more than 10fps at the most.

You can compare the benchmarks of the 9800XT with the ones found in the recent graphics card group test as the 9800XT was tested on the same platform. Our test system consists of an 865PE motherboard with a 2.6GHz Pentium 4 with 800MHz FSB and 512MB PC3200 memory and a 7,200rpm S-ATA hard drive. This might not be the fastest platform around, but it does compare to what many of you might have at home.


The 9800XT was faster than the 9800Pro in all the benchmarks used, apart from SPECviewperf 7.1. This could be down to poor OpenGL drivers and it is something I would expect ATi to fix by the time the final drivers are out. What is disappointing is that the 9800XT still didn’t manage to outperform the nVidia FX5900 Ultra card in several of the benchmarks. It was very close though, and it’s likely that the 9800XT will reign supreme when the Overdrive utility is released. Well, at least for a while anyway.


Moving on to Gun Metal, which is written in Cg which should give the nVidia cards an extra boost, the 9800XT keeps pace even with the FX5900 Ultra and sometimes overtakes it. It’s worth noting here that the drivers used with the FX5900 Ultra don’t seem capable of using anisotropic filtering in Gun Metal which is why the scores with 4xAF enabled are so high.


If you just got yourself a Radeon 9800Pro, then there is little reason for you to upgrade to a 9800XT but if you’re about to get a new PC or about to upgrade your current one and want a top of the range graphics card, then the 9800XT is definitely worth a closer look.


There is however one issue, as always with a brand new graphics card, and that is the price. ATi’s estimated SRP for the 9800XT is €499 which ends up in the region of £350. This might not be as steep as the FX5900 Ultra was when it came out, but it still leaves the 9800XT out of reach for most of us.


To add some value to the package, the 9800XT will be bundled with a voucher for a full version of Half Life 2. This is no small bonus, as you’re probably talking about the game of the year, at the very least. Unfortunately Half Life 2 was supposed to launch at the same time as the card, but Valve pushed the release back. So you’ll have to wait a while before you can show off the 9800XT in all its glory.


The Radeon 9800XT is more of a revision than a new card. It builds on the already impressive 9800Pro chipset but you’re paying a lot more for it. It is very fast, and with the Overdrive utility will probably be the fastest card you can buy, assuming the ambient temperature in your PC is low enough. So, if you have the means and desperately need the fastest graphics card out there, this is it. 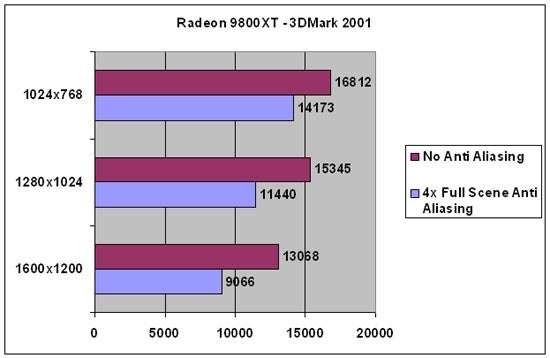 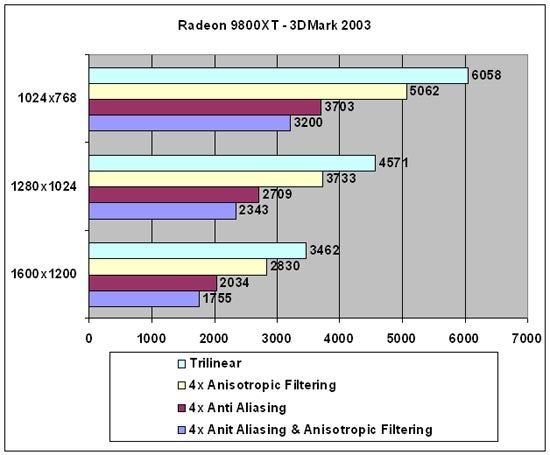 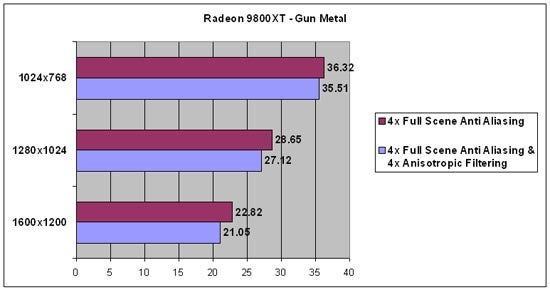 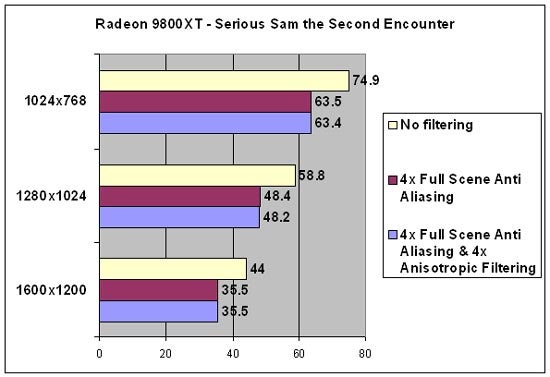 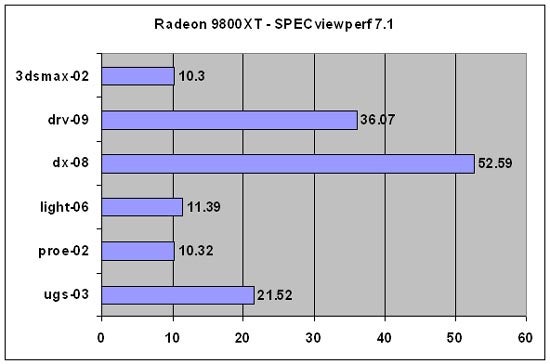 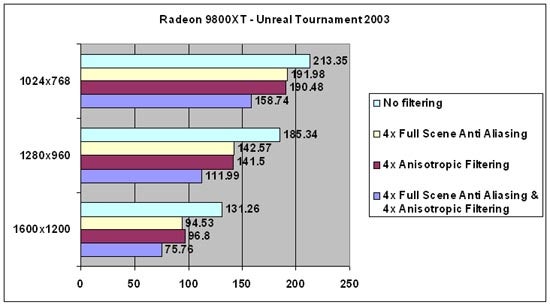 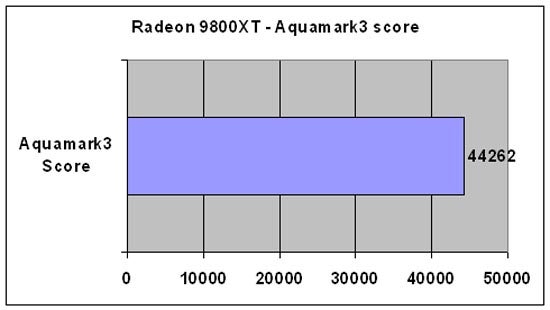 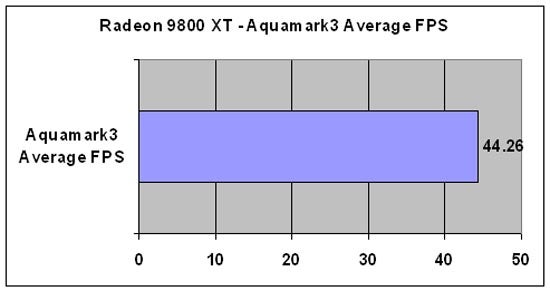 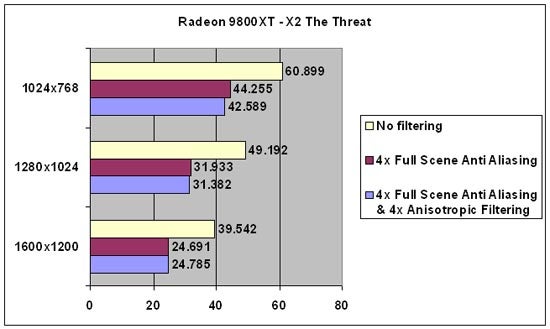