The other most clearly compromised part of the Asus VivoTab Smart is its CPU/RAM combo. In some benchmarks, the dual-core Atom CPU will trounce mobile processors like the Tegra 3 SoC (system on chip), but the power it wields doesn’t go all that far with Windows 8.

The idea of a mobile-focused OS like iOS or Android is that they can provide a high-end experience with much less power on tap than a high-end “full” computer. At times the experience of using the Asus VivoTab Smart feels depressingly low-end. 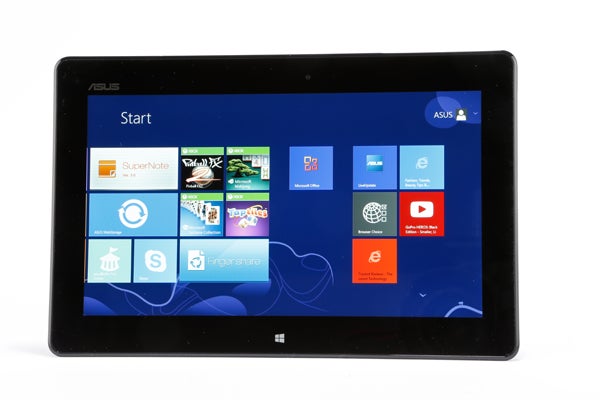 Having “full fat” Windows 8 may make the Asus far more flexible than a Windows RT tablet like the Microsoft Surface, but its benefits pale when you have to wade through the lag involved.

These performance issues are intermittent. From a clean boot-up, flicking through the touchscreen tile-based half of Windows is smooth and quick, as is moving to the more Windows 7-like desktop area. However, after running an app or game the interface often becomes laggy. Anything more taxing than basic apps take a long time to load, and the Asus VivoTab Smart refused to run our staple Trackmania Nations gaming benchmark, which is hardly taxing.

With the full version of Windows 8 on-board, you can try and run any Windows 8 app or game on the Asus tablet. Thanks to the limited power, you’ll need to limit your expectations on this front. 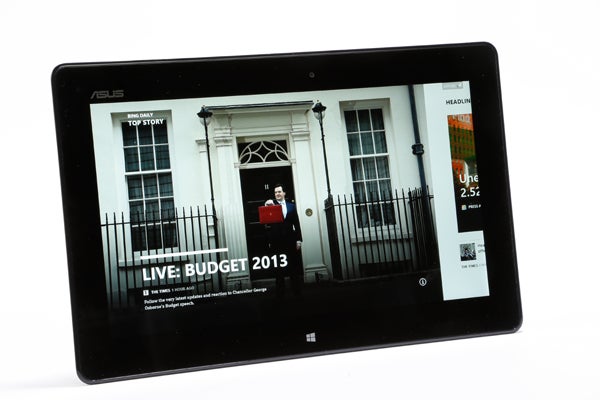 It’s a far less rich selection than other tablet platforms provide, though. And as the tablet runs Windows 8 rather than RT, it does not come with a full version of Windows Office, just a trial.

The Asus VivoTab Smart’s internal speaker demonstrates this is not a media-driven device. There’s a single speaker grille on the tablet’s rear, giving mono sound where a landscape tablet like this can offer solid stereo sound when equipped with a pair of speakers.

The mono speaker is not great. Its output is tinny and maximum volume does not impress. This could have been improved with a DSP signal-massaging mode, but one is not included here. However, the speaker didn’t distort during testing either. 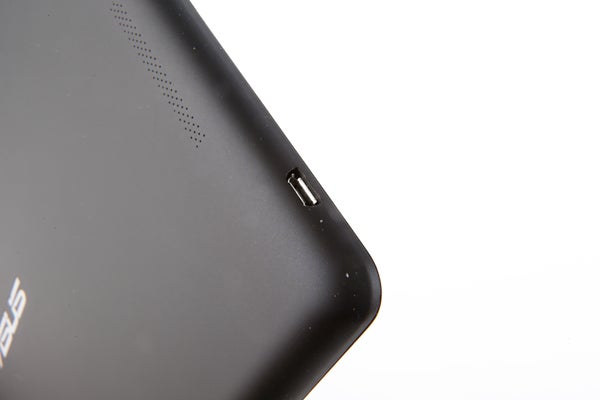 Asus doesn’t include any of its own media-playing apps, but Windows 8 comes with music and video portals. These tie into the Xbox music and video stores, and have an interface similar to the touchscreen half of Windows 8.

It’s for finger flicking, not mouse clicking. And they’re much keener on getting you do stream or download music from Microsoft’s servers, rather than letting you play your own tunes (although you can with the right combo of screen presses). You’re not tied to using these in any way, though. We installed VLC Media Player and had no problems playing all kinds of SD and HD videos.

Asus claims the VivoTab Smart’s battery is good for 9.5 hours of use. We found this was right on the money. It ran for 10 hours of continuous video with the backlight set at mid-level.

It’s a 25Wh battery, which is significantly lower-capacity than the 42.5Wh unit of the iPad 4 and the 33.3Wh one in the Nexus 10. The commendable performance is down to the lower-resolution screen used here, as well as the battery efficiency of both Windows 8 and the Atom processor.

Cameras are of dubious value on a tablet, their most obvious use being video chat – a niche attraction. However, the Asus VivoTab Smart has two of them. 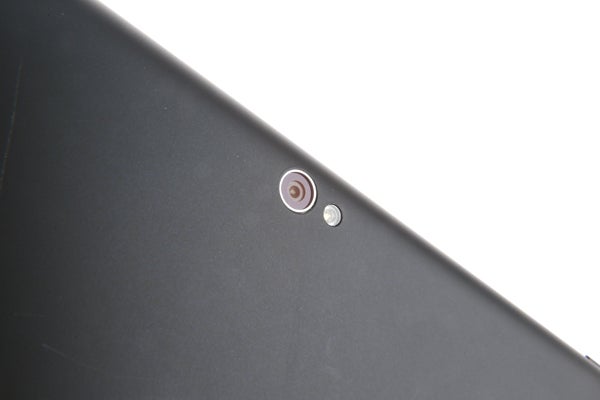 There’s an 8-megapixel sensor on the rear, complete with single-LED flash, and a 2.1MP user-facing camera. These are high-end cameras for a tablet, and the main sensor offers autofocus. However, we found the camera software buggy, and less than satisfying to use.

If you look at the Asus VivoTab Smart next to its Windows 8 rivals, it seems a pretty good deal. It’s cheaper than the Microsoft Surface RT and offers full Windows 8 rather than the virtually DOA Windows 8 RT. Surely it’s a winner, then?

Not quite. With the excitement of the Windows 8 launch having long died down, the problems and inadequacies of a lower-power, lower-cost Windows 8 are a little too apparent when considered alongside what you can get from tablets of another platform. You get Windows 8’s issues, but not the power to exploit its best bits. We’re hoping the next generation of entry-level tablet chipsets will remedy this. 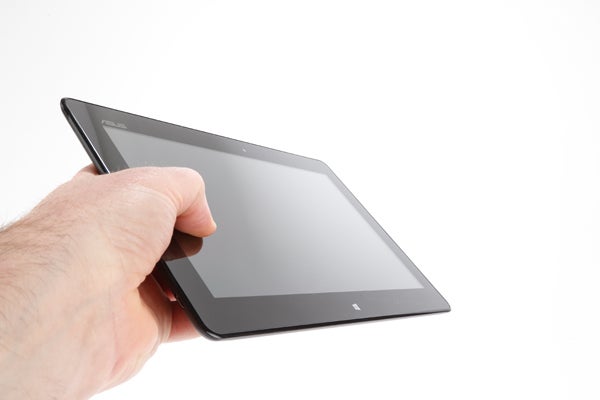 The Asus VivoTab Smart is a decent attempt at an entry-level Windows 8 tablet, but the issues of any current-gen Atom-powered Windows tablet are hard to forget, and some are worsened by Asus’s design decisions. Without a full-size USB port or full-size SD card slot, transferring files is trickier than with most tablets. What you get in return is a thin and light body.