We have been as keen as mustard to get our hands on the Asus P5N-VM WS because it unleashes a completely new feature. We are used to integrated graphics that support regular PC tasks such as email and shopping at Amazon so they usually come with a name such as GeForce or Radeon. However, the Asus P5N-VM WS is the first motherboard to use the new Nvidia Quadro FX 470 chipset. Have a look at Nvidia’s extensive Quadro FX webpage and halfway down on the right hand side you’ll see the nVidia Quadro FX 470, which has a note saying ‘nVidia Quadro FX 470 is a motherboard solution-not available as a discrete add-in graphics board’.


Yes that’s right, for the first time Nvidia is offering workstation graphics without the need to spend a fortune on a dedicated Quadro graphics card. That sounds tempting when you consider that a Quadro FX5600 with 1.5GB of GDDR3 costs £2,600 although an entry level FX 570 will set you back a more modest £119. 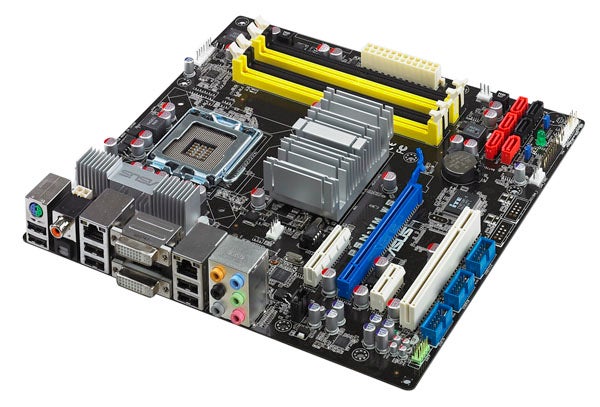 This is a bold move for nVidia as it threatens to cannibalise the Quadro name and it marks another change as nVidia handles sales of OEM Quadro hardware while PNY has the exclusive rights to aftermarket Quadro cards. FX 470 is clearly deemed to fall into a different product category and the result is the Asus P5N-VM WS. There’s no mention of Quadro in the product name and neither is this the first Asus WS (Work Station) motherboard. We’ve seen a couple of these models over the past few years and they have tended to be regular desktop products with the addition of a PCI-X slot or two.


At first it looked as though we would have to review the Asus P5N-VM WS as part of the £413 Asus TW100-E5 Barebones system but we are chuffed to see that Scan is also offering the motherboard as a separate component at £177.


A quick bit of maths tells us that the Micro-ATX case, 80mm case fan, 390W power supply and Asus DVD-Rom sell for £236 which makes it quite possibly the most expensive basic steel case in the history of the planet. Either that or it’s one special DVD-Rom. 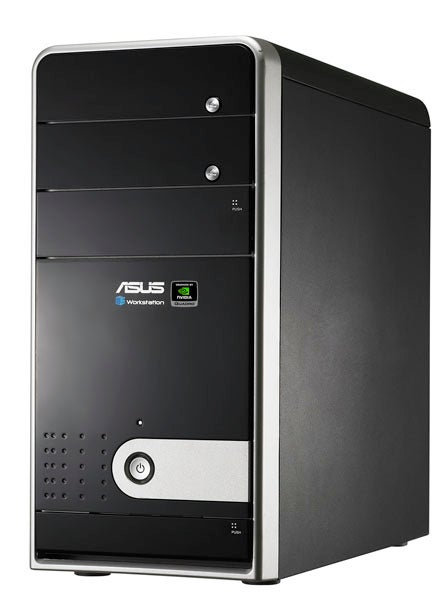 This is an unusual motherboard as it’s based on an nVidia product but doesn’t have any legacy support apart from a single PS/2 port on the I/O panel. There are no floppy or IDE connectors so you’ll be making full use of the six SATA ports, although we doubt you will use Nvidia RAID in a workstation. There is, however, a PCI Express x4 slot that is dedicated to a SAS controller such as the £200 Adaptec 3405 card.


Any peripherals will have to connect using USB 2.0 as there are no Firewire ports. However you do, somewhat surprisingly, get full surround sound with both analogue and digital connections, which are a nice bonus if your boss will let you take advantage of them.


The other expansion slots are a PCI Express 2.0 graphics slot which is ready and waiting for adding in a more powerful Quadro upgrade. There are also a PCI Express x1 slot and a PCI slot. Memory support is very basic as the four slots can accommodate up to 8GB of DDR2-800.

One area of the board that causes concern is the ATX 12V connector which is sandwiched between the heatsink on the power regulation hardware and the back of the I/O panel. It’s a four pin connector and there is no space for an eight pin block so you’d better make sure that your power supply has the right type of connector.


Of course, what this board is really all about is the Quadro FX 470 graphics. Is comprises 16 Stream Processors that run at 1,400MHz while the core skips along at 580MHz. Up to 256MB of system memory can be dedicated to the graphics and a 128-bit controller keeps communications ticking over. The graphics core supports OpenGL 2.1, Shader Model 4.0 and DirectX 10.0, which may all seem rather familiar as the spec is exactly the same as the graphics in the GeForce 9400M that are part of the Gigabyte GA-E7AUM-DS2H. 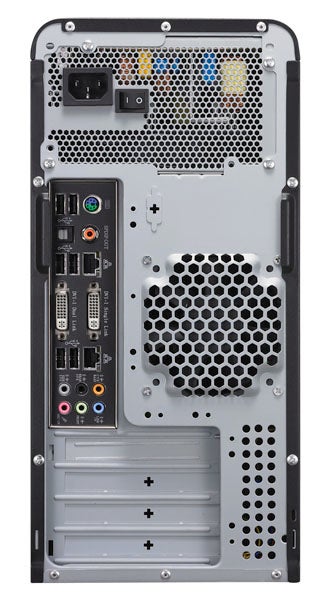 Asus has chosen to install dual DVI-I connectors which strikes us as a thoroughly good idea as workstations are more likely to require two basic digital connections rather than exotic combinations of VGA, HDMI, or Display Port.


It seems likely to us that the Quadro FX 470 is based on the same silicon as the 9400M, just with different drivers. The latest desktop and IGP graphics are on revision 180.48 but Quadro is lagging slightly at version 178.46 for the WHQL driver. There are no Beta drivers listed for Quadro FX 470 as we’re talking about serious workstation hardware rather than frivolous gaming so version 180 seems to be a distance away.


We asked Nvidia which driver was which and were told:


”The Quadro Graphics Driver is the one you usually want. The Performance Driver contains both the AutoCAD and 3ds Max optimizations. The partner certified driver adds peace of mind for anyone buying partner certified apps (like many by Autodesk).”


”The AutoCAD and 3ds Max performance drivers simply only add the enhancements for those products for people that exclusively use them. The idea is the less .dll files you have on the system the more robust it will be.”


The problem is that we don’t have a reliable benchmark for workstation graphics so all we can say for the time being is that 3DMark06 shows GeForce 9400M in the same light as Quadro FX 470 while PCMark05 discriminated against Quadro. 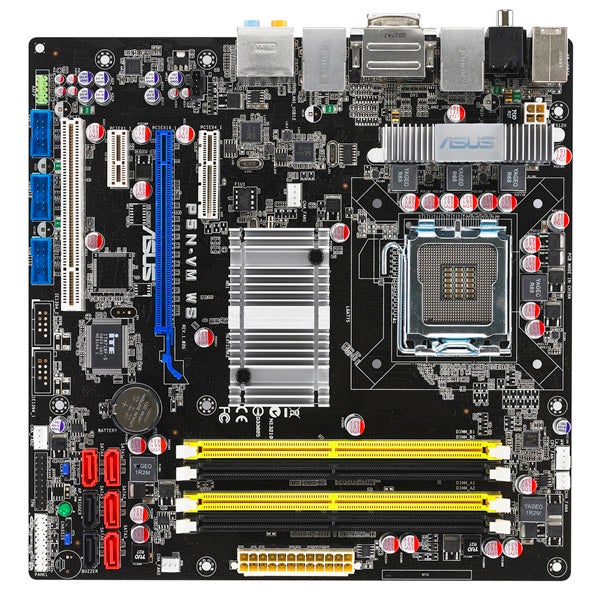 The spec of the integrated Quadro FX 470 graphics is exactly the same as the discrete FX 570 which as we mentioned sells for £119 so the £64 premium that you pay for the Asus P5N-VM WS over the Gigabyte GA-E7AUM-DS2H looks like remarkably good value. In fact we feel it shows that Quadro carries a colossal premium over GeForce as the next step up the Quadro food chain to the Quadro FX 1700 with 32 Shaders raises the price to £340. That’s the equivalent of a GeForce 9500 GT which typically sells for £60 so the concept of value for money seems like a flexible concept in the world of workstations.


Asus has broken new ground by bringing the first motherboard to market that uses nVidia’s integrated workstation graphics solution, Quadro FX 470. The performance of the chip may not be stellar but the board layout is sensible – with corners being cut only in the right places – and the price is surprisingly reasonable considering the normal premium Quadro products demand.