We’ve been waiting a long time to get our hands on the Asus Maximus II Formula since we first saw it at an Asus briefing in mid-May. That’s an eon in the world of motherboards and it feels as though an ice age or two has passed but finally the time has come.


At the Asus briefing we were smitten by the looks of the Maximus II which earns its name as the successor to the original Maximus Formula. There are three Maximuses (Maximii?) in the original series and last year we reviewed the top-of-the-line Maximus Formula Extreme, which takes a basic Maximus and adds a chipset cooler that is ready to be plumbed into your water cooling system. Meanwhile, in the middle of the range we have the Maximus SE with a Fusion cooling system that is air cooled but which gives you the option of using water cooling and bringing up the rear is the plain old Maximus that just uses a passive cooling system. 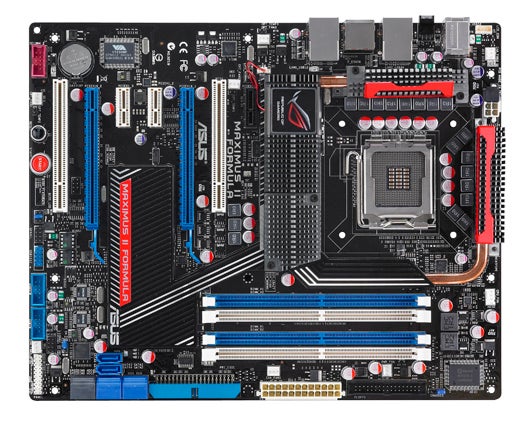 The new Maximus II, then, uses a similar cooling system to the latter, at least on the Northbridge. On the Southbridge is the huge cooler from the Maximus Extreme. There’s more to the passive Northbridge cooler than meets the eye, though, as a section can be unscrewed to reveal a copper block which can be used with a suitable water cooling adapter just as soon as one is available.


Other cosmetic changes from old Maximus to new are few and far between and pretty much boil down to new Power and Reset micro buttons. That might sound trivial but they are the most gorgeous buttons we have ever seen and they set a new standard in motherboard hardware.


The major difference between Maximus and Maximus II is a change in the chipset but this is where things get a bit strange. The original Maximus Formula allied an Intel X38 chipset with DDR3 memory at a time when X38 was the top notch Intel chipset.


By contrast the Maximus II employs an Intel P45 chipset which is a step down the pecking order from X48 as it has inferior support for PCI Express. P45 feeds 16 lanes to the primary slot or dual x8 if you’re using CrossFire while the X48 can manage 16 lanes to both slots. There’s another surprise as Maximus II uses DDR2 memory instead of the faster DDR3 even though DDR3 has come down in price to the point where it is no longer extortionate. 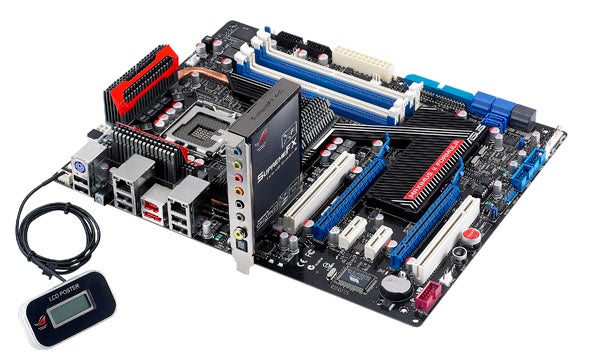 In fact Maximus II has no aspirations to be King of the Republic of Gamers range as the Rampage Formula uses X48, which in turn is trumped by the Striker II Extreme which is described as a super high-end model as it combines Core 2 with SLI rather than CrossFire. In fact, when you compare the list of features you’ll see that Maximus II is essentially identical to the £119 Asus P5Q Deluxe, with the addition of a sprinkling of some Republic of Gamers fairy dust.


The audio connections on the P5Q have been moved from the I/O panel to the Supreme FX X-Fi riser which looks like a PCI Express x1 card however we are told that it uses an ADI 2000 interface.


Maximus II also has two iROG chips that control Extreme Tweaker overclocking features such as CPU Level Up, AI Overclocking, Voltiminder LED, Component Overheat Protection and Loadline Calibration. We’ve seen these features before but the use of the iROG chips is a new approach.


We tested Maximus II with the same hardware we used on the P5Q Deluxe with a Core 2 Quad QX9650, 2GB of Kingston DDR2, a GeForce 8800GT and Windows Vista SP1.


Our first sample of Maximus II was clearly faulty as we were unable to load Windows and the optical USB mouse flashed and was unresponsive. The replacement board was much better so we had a look at the Asus BIOS update page and were surprised at the number of BIOS releases for this relatively new model. Starting at the initial version 0117 Asus has released BIOS 0503, 0603, 0701 and 0802. Version 0503 is a bug fix but the next three versions all relate to memory compatibility which gives an idea of the hassle that Asus faces when it develops a new motherboard. 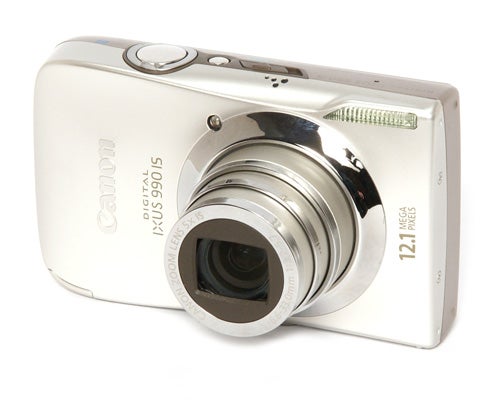 Choosing settings for overclocking was a vexed matter as our Maximus II behaved itself in almost every respect but there was one notable glitch as it was almost impossible to restart without clearing the CMOS settings. We didn’t get a chance to discuss this with Asus but we have no doubt that it was either a problem that is limited to our sample or is something silly that will be fixed with a BIOS revision.


The overclocking routine was somewhat tedious as we had to try some settings, start Windows, see what happened and then shut down the system. When we started it again the CMOS was clear so we had to enter a new batch of clock and voltage settings from scratch.


On stock settings the Maximus II has a tad more performance than the P5Q Deluxe and draws 5W more power. When it comes to overclocking the P5Q Deluxe had a slight edge as it could run a faster memory speed on a slightly faster front side bus. We expected things to be the other way around but this probably says as much about the intricacies of overclocking the P45 chipset as it does about either the P5Q Deluxe or Maximus II. Either way, it’s too close to be of significance to most.


We expected the Asus Maximus II Formula to be all things to all men and in some ways it does deliver. It has all the toys, a great layout, and it looks the part as well. Nevertheless it doesn’t quite add up to a great whole. In essence, in our review of the Biostar TPower I45
(linkout:https://www.trustedreviews.com/motherboards/review/2008/07/10/Biostar-TPower-I45/p1) we said ‘… it’s hard to see why you’d prefer the Biostar to an Asus P5Q Pro, a P5Q Deluxe or an MSI P45 Diamond’ and, unless you’re desperate for all the toys, you can say exactly the same thing about the Maximus II.