The ASRock Z390 Phantom Gaming 9 is crammed with features, but you'll almost certainly be able to find a faster board with the same features elsewhere.

What is the ASRock Z390 Phantom Gaming 9?

While it can’t compete with super-expensive slabs of PCB, the ASRock’s £271 price does mean that is has a tempting specification with plenty of high-end features.

For instance, networking is one area that’s got a huge boost in more affordable motherboards. The ASRock has Ethernet, which works at speeds of up to 2.5Gbps. It’s managed by the new Realtek Dragon RTL8125AG chip, and is one of the first boards on the market to offer this feature.

There are also two ports that support Gigabit Ethernet, and the ASRock also has dual-band 802.11ac wireless and Bluetooth 5.0.

This is better than the competing Asus ROG Maximus XI Hero (Wi-Fi), which costs £286 but only includes standard Gigabit Ethernet alongside 802.11ac wireless and Bluetooth 5.0. 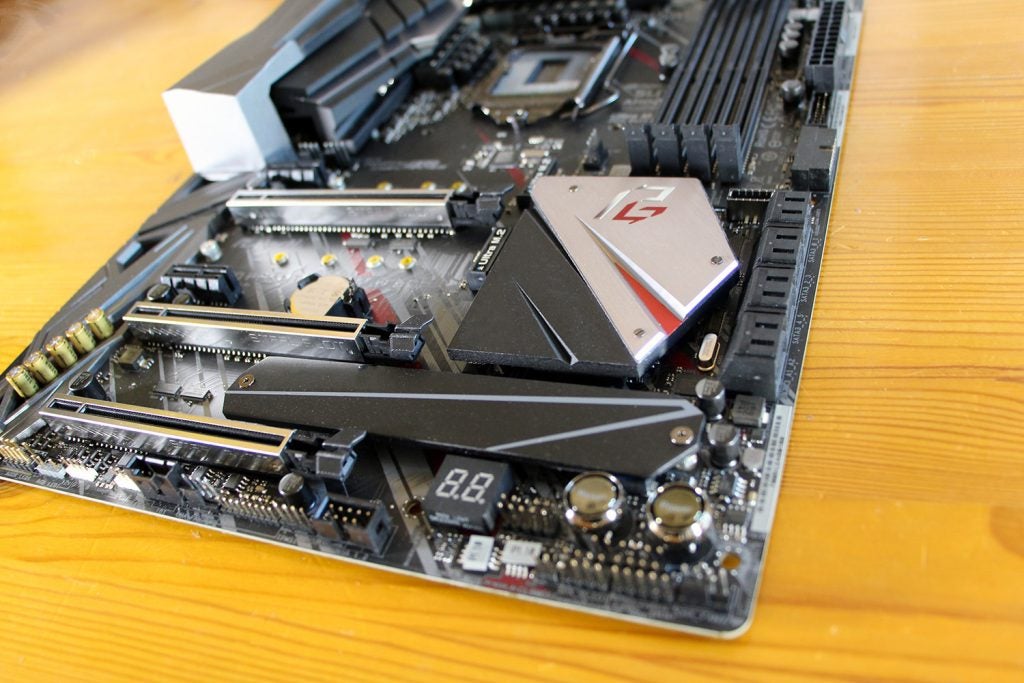 The ASRock has an excellent slate of networking features, and the rear I/O impresses elsewhere. It has a mighty seven full-size USB 3.1 ports, with three of those ports supporting the faster Gen 2 protocol. There’s a USB 3.1 Gen 2 Type-C connector, five audio jacks, a PS/2 connector and a Clear CMOS button. It’s packed, and very versatile, with a greater number of faster USB ports than the Asus.

The board itself has plenty of features, too. Its three PCI-E x16 slots all have steel supports, and the main one has the full 16x bandwidth available. Two of the slots can run at 8x speed – or three can run at 8x/4x/4x.

That tallies with this board’s support for quad-graphics from both AMD and Nvidia – admittedly a niche feature, but one that could be a boon for some hardcore gamers, miners or workers who need lots of GPU power.

You only get two PCI-E x1 slots, but that should be sufficient for most rigs. They’re cut back from the usual three because ASRock has installed three M.2 slots on this board. That’s one more M.2 slot than the Asus, and it’s arguably a better use of limited PCI bandwidth than more PCI-E x1 connectors. 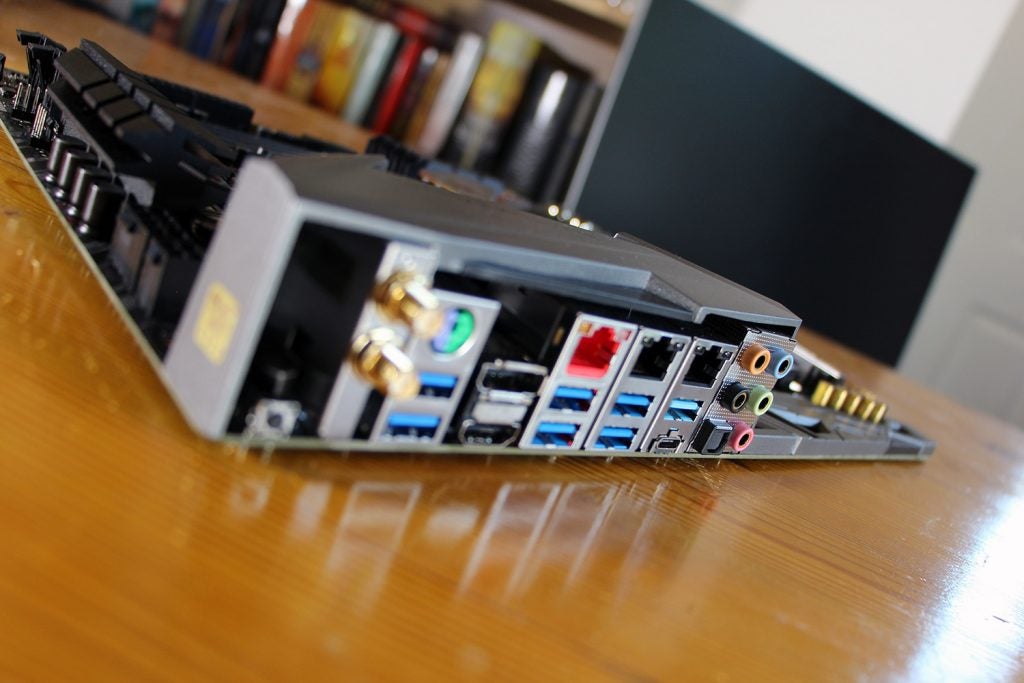 That’s great for storage, and the board also includes eight SATA connectors – two more than the Asus.

Elsewhere, the usual Realtek ALC1220 audio chipset gets a boost from Sound Blaster Cinema, and the ASRock also has better chokes and capacitors than you’ll find on more affordable boards.

There are two on-board USB 3.1 Gen 1 headers and a single USB 3.1 Gen 2 Type-C header; the four memory slots support the standard 64GB of DDR4, rather than the more ambitious 128GB. You get eight fan connectors. There’s also the extra four-pin CPU power connector that can provide more juice for overclocking, and four headers for adding synchronised lighting to your PC.

Those are all normal additions when it comes to on-board ports and connectors, and the ASRock also includes power and reset buttons alongside a POST display – more hardware than I’d expect to find on a gaming board at this price.

It’s an excellent specification, although it must be said that the ASRock isn’t pretty. Its heatsinks are plain, and the PCB is slashed with red and white angled sections that look dated. You get RGB LEDs in the heatsinks and in the audio circuitry, but that’s nothing special. The Asus, with its dark metal and RGB LEDs, is far better-looking. 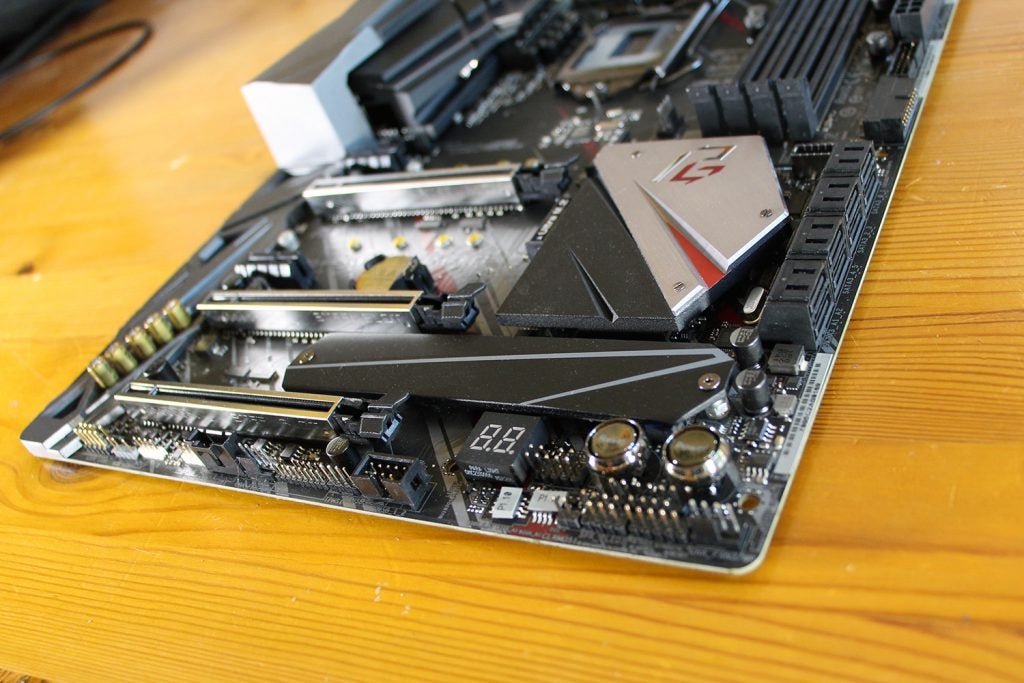 The ASRock has an excellent set of features, but performance-wise it’s inconsistent.

Its Cinebench results of 204cb and 1,479cb are no faster than the scores I recorded from budget boards that cost £100 less – and its Geekbench results of 5879 and 28,930 fall into similar positions in the overall results table. The Asus was consistently quicker.

Motherboard benchmarks do always lead to small margins being measured between boards, and most users won’t likely notice the performance difference between products. However, that’s still disappointing.

The ASRock delivered decent memory results, but its NVMe and SATA storage tests both saw the board return particularly poor file-reading results alongside mediocre write pace.

Its gaming results were average, too – in both 3DMark and real gaming benchmarks the ASRock was significantly slower than the Asus. 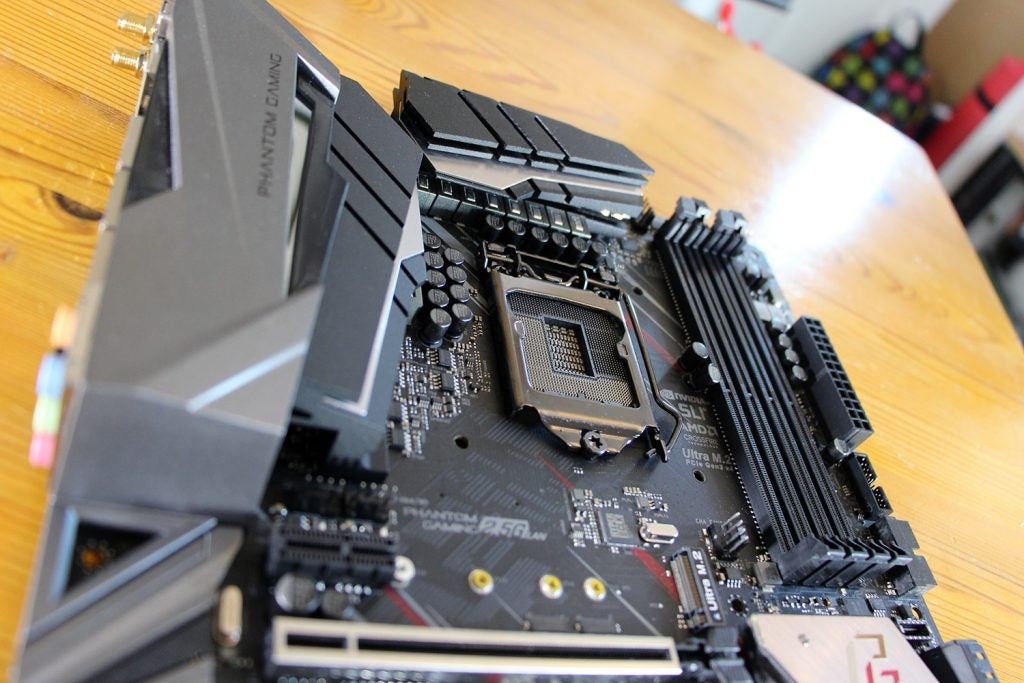 The disappointing benchmark results makes it harder to recommend this board.

It’s a particular shame, because the ASRock is packed with features – it offers stellar networking, lots of ports, great PCI-E x16 options and more storage than the rival Asus product.

If you do need a board with this kind of networking clout or any of its other features, then it will certainly be worth the money – especially if you’re willing to take a slight performance hit to get those features into your PC.

However, the Asus has more pace and enough features to sate most system builders, so that’s the board I’d choose.

The ASRock Z390 Phantom 9 Gaming is packed with features, including fast networking, lots of rear I/O connectivity and lashings of storage options. Performance suffers, though, and you’ll almost certainly be able to find a faster board with these features if you look elsewhere.