Let’s be clear from the outset: I’m a sucker for a decent dungeon crawl. I’m a huge fans of RPGs with complex plots and superb characterisation, but I can happily sink a few hours into a game where you do little more than whack monsters repeatedly, grab their loot and keep upgrading your weapons and armour. And judging by the success of the Baldur’s Gate: Dark Alliance games on the console formats and the likes of Titan Quest and Sacred on the PC, I’m not the only one. That’s why I was excited to see that the latest title to hit Microsoft’s Xbox Live Arcade was basically a hack-and-slash heavy dungeon crawl with built-in co-op play, After all, Arcade’s bargain-basement pricing is ideal for this sort of dip-in, dip-out game. 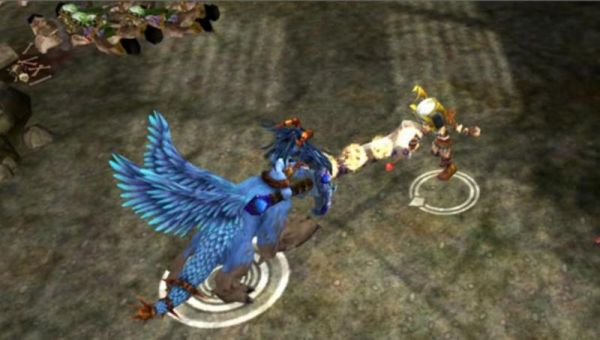 Developed by Wanako Studios for Sierra, Arkadian Warriors is as basic as dungeon crawls get. It appears the evil Gorgon has come to threaten the peaceful land of Arkadia, and only three heroes – each able to transform into a sacred magical creature – stands in its way. Curiously, while you might expect this to be the start of an epic quest or journey, you’re actually thrown into a series of errands that see your burly warrior, speedy archer or floaty sorceress transporting straight from town to a nearby dungeon and completing whatever mission your friendly quest-giver has in mind. It might be killing off a minotaur or collecting some poor girl’s mother’s scattered bones, but either way it’s going to demand a lot of cracked monster skulls.


Which basically means racing around the dungeon with the left stick and whacking anything that moves with the A button. For added beef you can call in magic capabilities with B, while aiming missile weapons with a Zelda-style target lock on the left trigger. The most exciting bit is probably the Y button. Build up what the game calls your ego gauge, and your champion transforms into a big magical creature with enhanced powers of destruction – ideal when you’re surrounded by a mass of monster cannon-fodder but unable to scrap your way through. 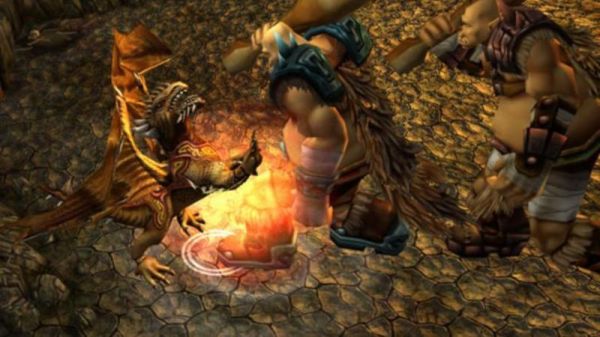 Graphically speaking, Arkadian Warriors looks like an HD version of the cult PC dungeon crawler, Fate in that it eschews gritty realism or graphical finesse for a simple, cutesy look with fairly basic textures and lighting. Arguably, Arkadian Warriors hasn’t quite got the same charm, though it’s characters and hostile beasts look fine and are animated well enough. Music and audio is adequate for a budget release, but nothing more, and if you’re looking for cinematics or deep characterisation then you really are in the wrong place.

What’s important, then, is whether Arkadian Warriors delivers the same sort of addictive gameplay we expect from a decent dungeon crawler. Well, it is very simple – and that’s both a strength and a weakness. You can pick up and start hacking and slashing very quickly, and it is quite good fun in short doses. However, after an hour or two has gone by you’ll work out that the only real skill is in a) remembering to use the health potions b) picking the right weapon to assault the right monster and c) knowing when to use the transform power for maximum effect. There are no tricky puzzles to work out, and the only reason to engage your brain in-dungeon is to work out where you are and where you are going amidst some very generic scenery indeed. 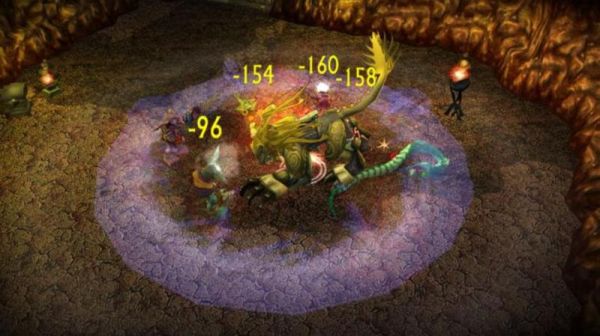 The three playable characters each have their own advantages and disadvantages. The warrior is a tough melee fighter but has no ranged attacks, The archer has ranged attacks, but is vulnerable up close. The Sorceress has more powerful magical attacks, and can handle herself to some degree both at range and in melee. However, once you get used to these characteristics you won’t find that the gameplay changes much from quest to quest, and the quests themselves aren’t that exciting. Do you still love ‘kill and collect’ quests or ‘slay the evil boss’ missions? Then Arkadian Warriors is perfect for you. If, however, you crave any sort of variety, then you’re going to find it a slog after a while. I’ve yet to find a dungeon with a really memorable theme or any sort of dramatic scenery, and while the monsters generally get bigger or more numerous or more threatening, there’s not quite the development there you might have wished for. 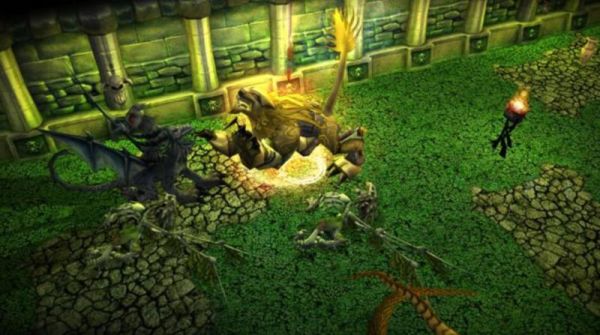 Yes, there is still something strangely addictive about the whole business of levelling up, buying new armour and new weapons then getting back down there to batter roaming beasts, but you’ve almost certainly played other games that do it so much better. And while there are some nice ideas – like the sword that transforms foes into manically fleeing chickens with every blow – Fate had quite a few more. In fact, looking back at my review of the aforementioned, I’m struck by how many cool ideas it implemented in comparison to Arkadian Warriors. From fishing to item upgrades to your ever-present, every-useful companion, the dog, Fate seemed to have an inventiveness that Arkadian Warriors entirely lacks.

Of course, the latter does have one thing Fate doesn’t: co-op play both on the one Xbox and over Xbox Live. The game is definitely more fun with another player, and kudos to Wanako for having the sense to include the ability to screen online games by player level and by quests already completed, then letting you use progress made in co-op games to further your progress offline,l and visa-versa. However, drop-in, drop-out co-op would have been even better, given the casual audience, as would being able to play with more than one comrade. With four players, more expansive dungeons, customisable characters and a faster pace, Arkadian Warriors might have been a riot – the casual Diablo that just about everyone has been waiting for. As it is, it’s an entertaining distraction, but not the sort of thing to drag you away from Halo 3 or PGR4. 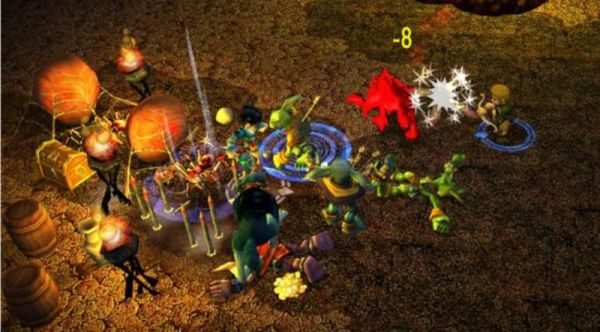 And overall I’m left feeling that Arkadian Warriors is a missed opportunity. Given the price it still offers decent value for money for a few hours of simplistic fun, but it could have been so much more. There is a market for a basic, accessible action RPG on Live Arcade, and there is definitely a market for one with multiplayer features that people could play together on Xbox Live. If one emerged, I know quite a few ex-Diablo and Dungeon Siege fans who would be only too happy to pick it up – particularly if the price were right. If you only have a 360 and you’re desperate for a dungeon crawl, then Arkadian Warriors will just about the job. If you have even a basic PC, however, then you’ll already have better options open to you. Arkadian Warriors is only a half-decent dungeon crawl and – even at less than £7 – half-decent just ain’t good enough.


There’s nothing wrong with a dungeon crawl, but there is something wrong with one as simplistic and repetitive as this. The low price and co-op play are enticing, but this is definitely one to enjoy in small amounts. 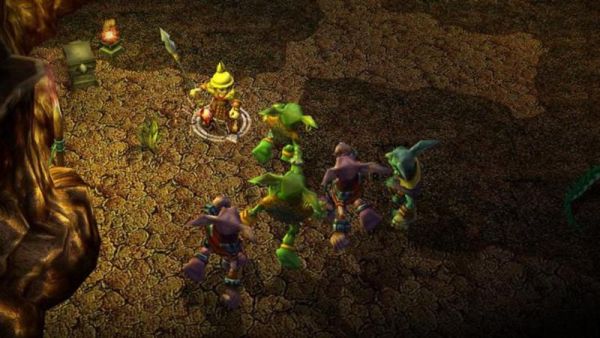