Archos has been making portable media players for a while and, as the likes of the Archos 5 showed, the company knows a thing or two about making a good one. Which is why despite being a touchscreen media player running a mobile OS initially designed for a mobile phone, and adapted for a PMP, the Archos 32 isn’t a direct competitor to the iPod touch. 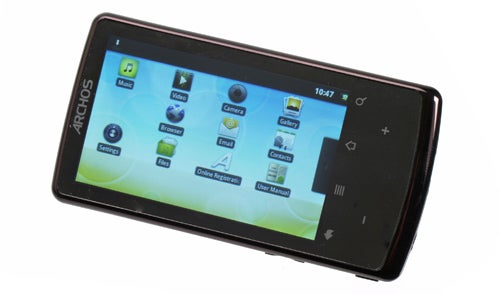 Because anyone can see that it would be mad to compete directly with the iPod touch where its killer combination of beautifully crafted hardware and brilliant software – augmented by the huge range of apps in the App Store – puts it in an untouchable position, if you’ll forgive the pun. So although the 3.2in display where from the Archos 32 derives its name, makes it similar in form factor to an iPod touch, its £100 price tag puts it closer to the iPod nano.


Even though it’s made from plastic the Archos 32 feels solidly built; at 105mm x 55mm x 9mm and weighing only 72 grams it’s larger and heavier than an iPod nano but despite that we didn’t actually find it any less portable. You couldn’t use it as a watch, but the iPod nano as a watch isn’t exactly a paragon of brilliance either. In fact, we actually preferred the larger size of the Archos 32, as it makes one-handed operation a little easier; the iPod nano is a little fiddly to hold.

Particularly surprising to us is how responsive the screen is, given that it’s a resistive, as opposed to capacitive, touchscreen. We’re not so keen on the buttons below the screen; they’re impossible to see in the dark and the volume buttons are replicated as a hardware button on the left edge, just above the power button.


Obviously the lack of multi-touch is a let down, but for the most part it isn’t needed. The Archos 32 may be called an Internet tablet by its maker, but in reality it’s definitely a media player with pretensions to being an Internet tablet; it has a web browser and it can connect to the AppsLib applications library, but these features are not the devices raison d’etre to the extent that they are of the iPod touch. The small size, more than the interface, is what will put you off doing much Internet-ing with the Archos 32.

The Archos 32’s display has a 240 x 400 pixel resolution, which isn’t particularly impressive, but definitely gets the job done. Icons and text are readable, and thanks to the text-reflow ability of the Android browser text on websites is legible, when zoomed in, as well – it’s definitely acceptable given the price. The display is also bright, and colours are vibrant, which makes watching video as pleasurable as it can be on such a small device. 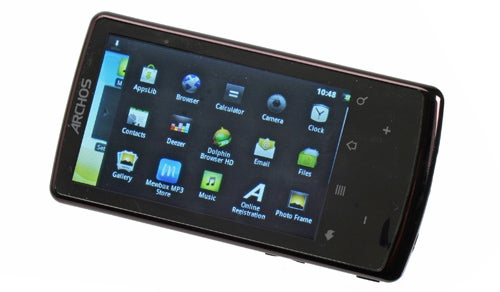 As ever, we’d be reluctant to watch an entire 45-minute episode of, say, Supernatural, but the occasional 20-minute hit of It’s Always Sunny in Philadelphia or Arrested Development on the tube would definitely be tolerable. And as it supports just about every format going, getting video onto the Archos 32 isn’t an issue – H.264 MKVs, and DivX AVIs being the two most important bases it covers.


Audio format support is equally comprehensive, with MP3, AAC, WMA, OGG and FLAC all playing back flawlessly. However, although he Archos 32 can decode lossless files, that’s not to say you’d want to. Blasphemous as it may be to say, we really couldn’t hear any difference between 320kbps MP3s and FLACs, even when using some fairly high-end earphones, in conjunction with a headphone amplifier. 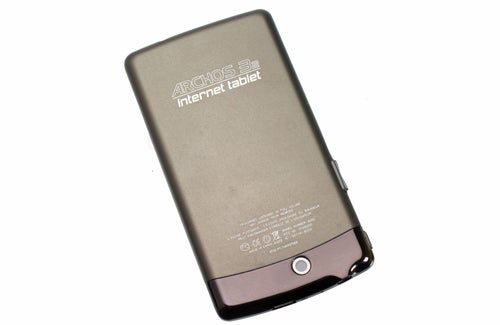 That’s not to say the Archos 32 sounds bad; but it’s definitely good for its price, rather than outright good. There’s a muddy feeling to the high end, the soundstage is at best a little crowded, and at worst claustrophobic, and the low end comes across a little overpowering. With some music, especially grungier rock (Nirvana for example), it’s not especially noticeable as the tone tends to complicate the tracks, but with lighter, airier classical music there’s just not enough breathing space to give you a truly immersive listening experience.


But to reiterate the previously made point: for £100 it’s as good as you can expect. It only improves from there, too; the 800MHz CPU inside the Archos 32 is much more capable that we expected at tis price point. The Archos 32 had no problems running any of the apps we installed on it, with its ability to play Angry Birds probably key for the millions of fans that game inexplicably has.

Although the Archos 32 has a camera, it’s not impressive. The low 2-mexapixel resolution isn’t the worst of its problems; the shutter lag is almost intolerable, there’s a dreadful amount of noise in photos, and video is choppy and laggy. Frankly, we’d rather have see the camera removed entirely and have another few pounds taken of the asking price. 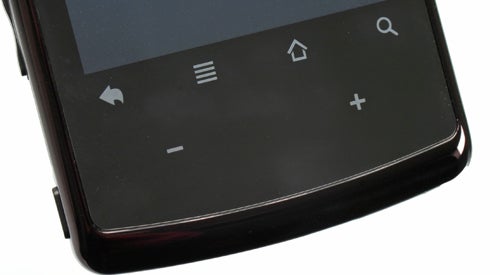 Although running version 2.2 of Andoid the Archos 32 has had a few modifications. The music player is different from, if not an improvement on the stock Android player. The Cover Flow-eqsue album browsing effect is gimmicky, but works, and we do appreciate being able to transfer media via USB without using a dedicated program. The lack of an SD card slot could be annoying, however, as the Archos 32 has only 8GB of memory.


It’s also worth pointing out that although the Archos 32 can run Flash, you probably won’t want to, as it’s just not a pleasant experience, with TR’s own videos grinding the device to a halt. We might agree that Apple needs to enable support on a device the size of the iPad, but on media players such as the iPod touch, and the Archos 32, leaving it disabled is arguably a better experience, rather consumers know they can’t run it, than try to do so half-heartedly. Which is possibly why AppsLib, from where applications are downloaded to the Archos 32, doesn’t offer Flash – you have to transfer it t o the device and install it yourself. 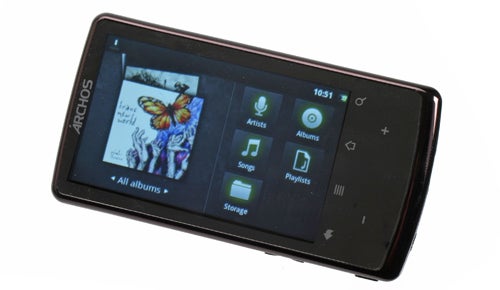 Nonetheless, that this option exists is an undeniable advantage in the favour of the Archos 32. It’s just another example of why the openness of Android can reap its rewards, and for many this ability to do pretty much what you want with their device is more important than the ‘slickness’ of the iPod touch. Especially, as we keep mentioning, given the Archos 32 is only £100.


As experience has shown, Android wasn’t built for tablets, so it’s fortunate that the Archos 32 Internet Tablet is a tablet in name only. As an iPod touch-like media player, it falls short of Apple’s level of slickness, but its excellent format support, and its low, low price, let it get away with that.